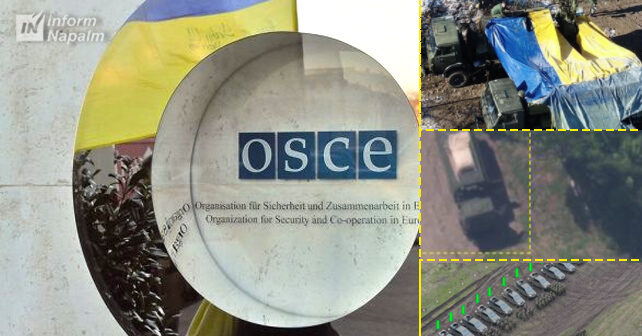 Open-source intelligence (OSINT) research on the facts of Russian aggression against Ukraine conducted by volunteer investigators of InformNapalm international volunteer community is being actively used at high diplomatic levels. Particular focus falls on the materials based on the thorough analysis of the OSCE SMM reports and on supplementing them in terms of identification of military equipment as belonging to the Armed Forces of the Russian Federation. We are making this conclusion not only on individual inside reports that periodically reach us from the Parliamentary Assemblies of NATO, the Council of Europe and the OSCE, but also from media publications.

For example, on October 27, Ukrinform website published a news story about Ukraine telling the OSCE about the Russian weapons discovered in the occupied areas of Donetsk and Luhansk Oblasts. This was reported by the Ukrinform correspondent in Austria.

The story was supported with slides presented by the Ukrainian delegation to the OSCE during the meeting of the Forum for Security Co-operation. The meeting took place on Wednesday October 27, 2021. At a closer look, InformNapalm logos are visible on each slide presenting the information collected by the community investigators about the latest types of Russian military equipment spotted in the occupied areas of Donetsk and Luhansk Oblasts. 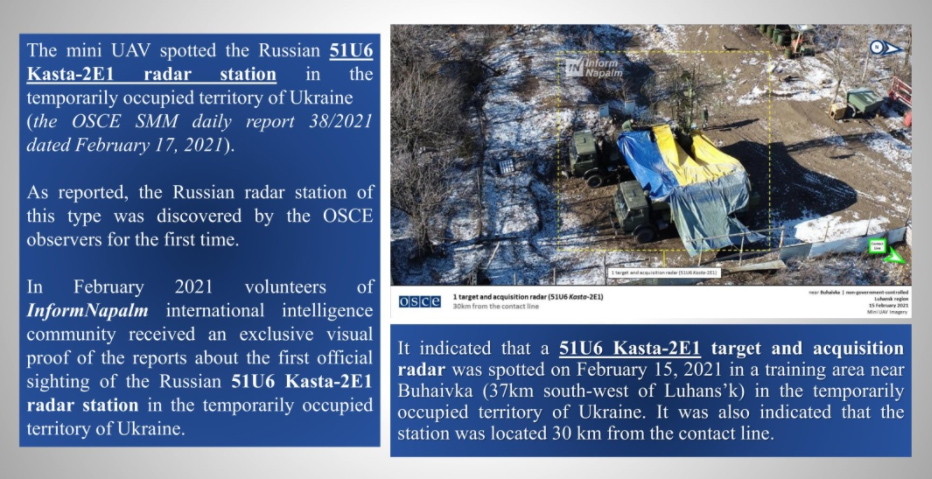 Slide 1: Identification of the Russian 51U6 Casta-2E1 radar is laid out in this  InformNapalm feature. 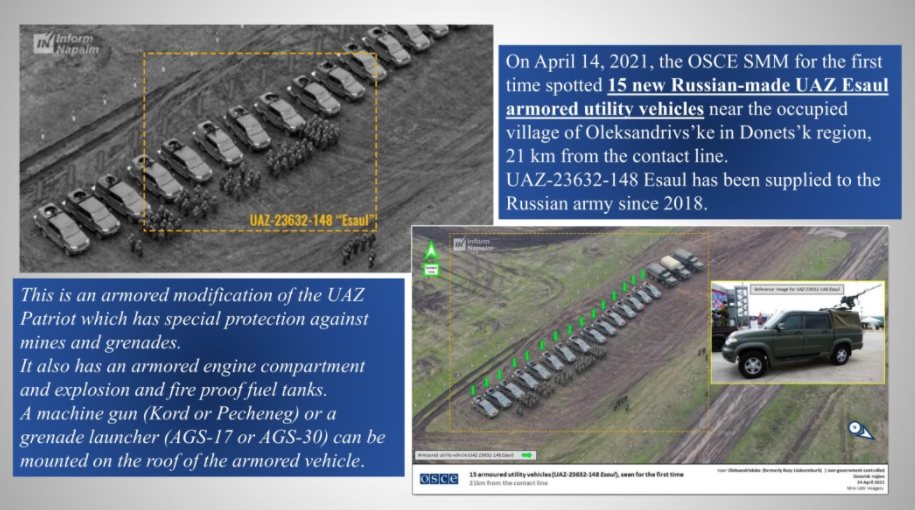 Slide 2: Identification of Russian UAZ-23632-148 Esaul armored vehicles is laid out in this InformNapalm feature. 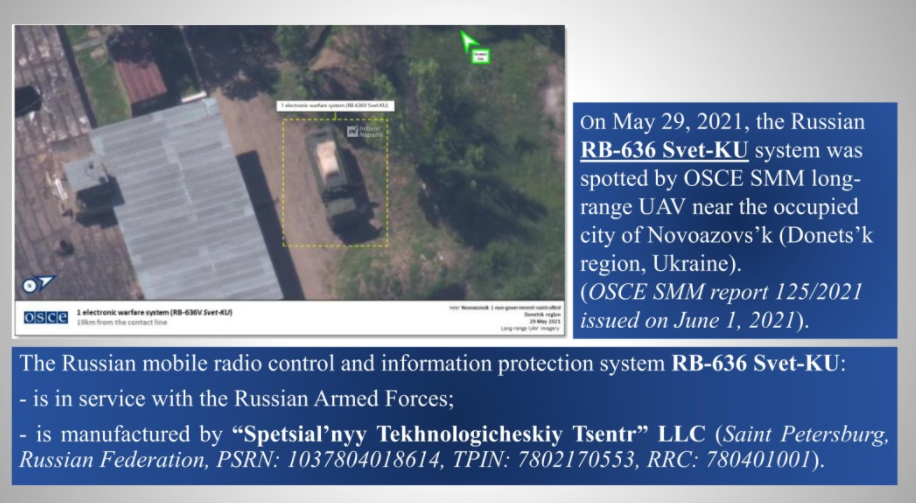 Slide 3: Identification of the Russian RB-636V Svet-KU electronic warfare system is described in this InformNapalm feature.

This is the list of slides, which are based on InformNapalm features containing images from OSCE special monitoring mission UAVs carefully analyzed by InformNapalm volunteers.

Also during the meeting, a slide was presented with the identification of the Russian UAV detected in the area of the Joint Forces Operation. 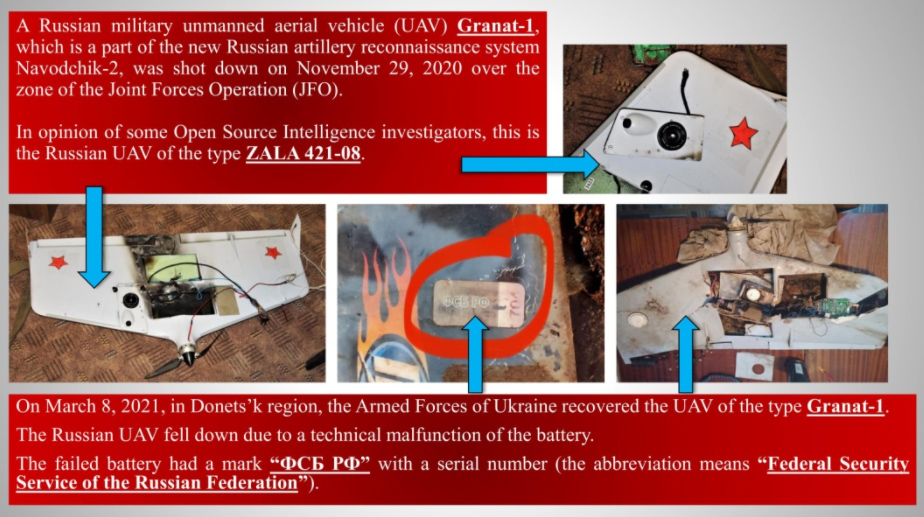 Slide 4: A detailed description and identification of this Russian UAV type is laid out in this InformNapalm feature.

In 2019, InformNapalm volunteer intelligence community called on the Ukrainian Foreign Ministry to pay closer attention to the potential of the OSCE SMM reports. In order to help diplomats find important details, our volunteers have also begun publishing their own additional research based on the analysis of the OSCE SMM reports and images of the spotted military equipment.

Apparently, our appeal was heard, as now we see from time to time InformNapalm OSINT materials actively used at high diplomatic levels.

We are proud to note the importance of the painstaking work of our volunteer investigators and translators who from different parts of the world help Ukraine defend itself against Russian aggression. They help to communicate to the world the truth and important facts in many languages. These materials make an important contribution to countering the Russian aggression on the information and diplomatic fronts.

We thank all those who are fighting alongside and with fire in their hearts to help the light of truth to pierce the darkness of the insidious Russian lies.

InformNapalm does not receive any financial support from any country’s government or large donors. Only community volunteers and our readers help to maintain the site. You can become one of the community volunteers. Please support the development of InformNapalm, the unique volunteer intelligence resource, with donations through Patreon