The Russian Soldier From Flak Missile Regiment No.606 Awarded With the Medal for Bravery 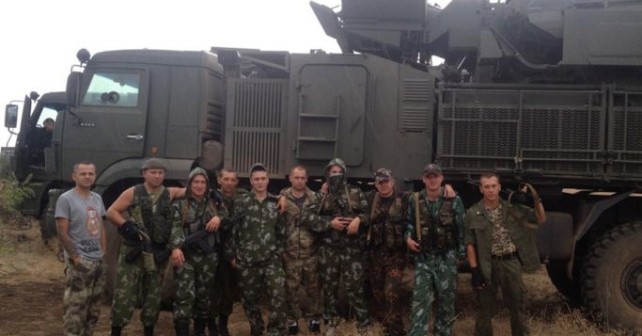 The volunteers of the InformNapalm’s international community found another Russian soldier who has been awarded. The Russian warrant officer Nikolay Saenko does military service in the flak missile regiment which is stationed near Moscow. He received a ‘Medal for Bravery’ for the results of his ‘Rostov-Ukrainian assignment’ during the summer-autumn of 2014.

During the planned monitoring of the social networks, a Nikolay Saenko’s photo that was uploaded on January 15, 2016, was found. The photo marked with the georeference to khutor Chkalova, which is located in the Rostov Oblast of the Russian Federation, where one of the Russian military field-type base targeted to the Donbas is deployed since 2014.

Personal data: Nikolay Saenko was born on October 10, 1989. He comes from the Frolovo town (Volgograd Oblast, Russia). He does military service on a contract basis in the military unit No. 61996 (the 606th guards flak missile regiment, in the Elektrostal city in Moscow Oblast) since 2011. He is in a position of commander of the evacuation and SPTA storage platoon and he has the warrant officer rank. Here you can find his profile, photo album and contacts from the ‘VKontakte’ social network. Moreover, his profile, photo album and contacts from the ‘OK’ social network is also available.

During the detailed research of his social network pages, the series of interested details have been found: 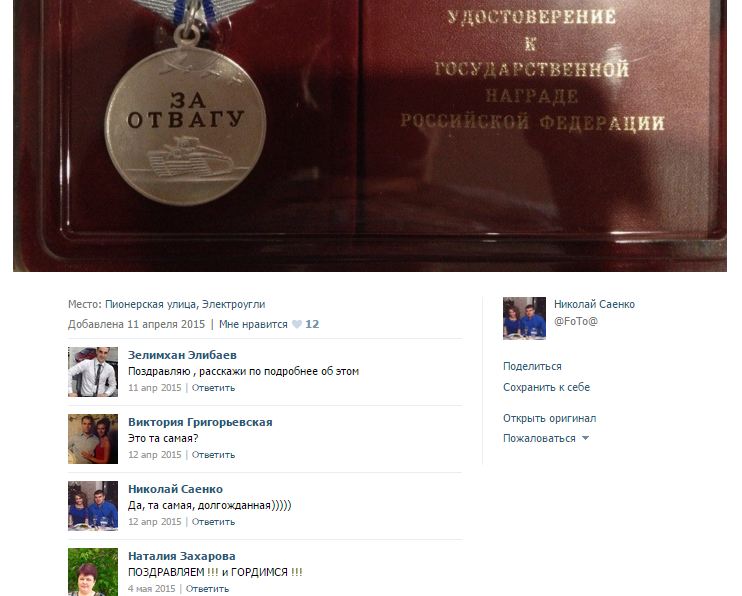 Note: From the ‘Medal for Bravery’ description: this is a state award of the Russian Federation, which is handed for the courage and bravery discovered in the battles and at the time of execution of special assignments in order to ensure state security during defending the citizens’ constitutional rights in terms related to the hazard to life… 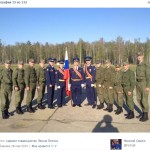 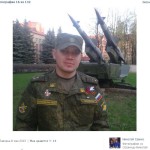 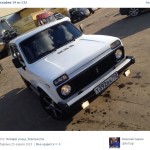 The most interesting photo collection of Nikolay Saenko with approximate events chronology has been found in his own page in the ‘Odnoklassniki’. The photo series was uploaded on September 18, 2014 (between the 31st of July and 28th of September). According to the all indications, these are photos of his ‘Rostov-Ukrainian assignment’ during the summer-autumn 2014. 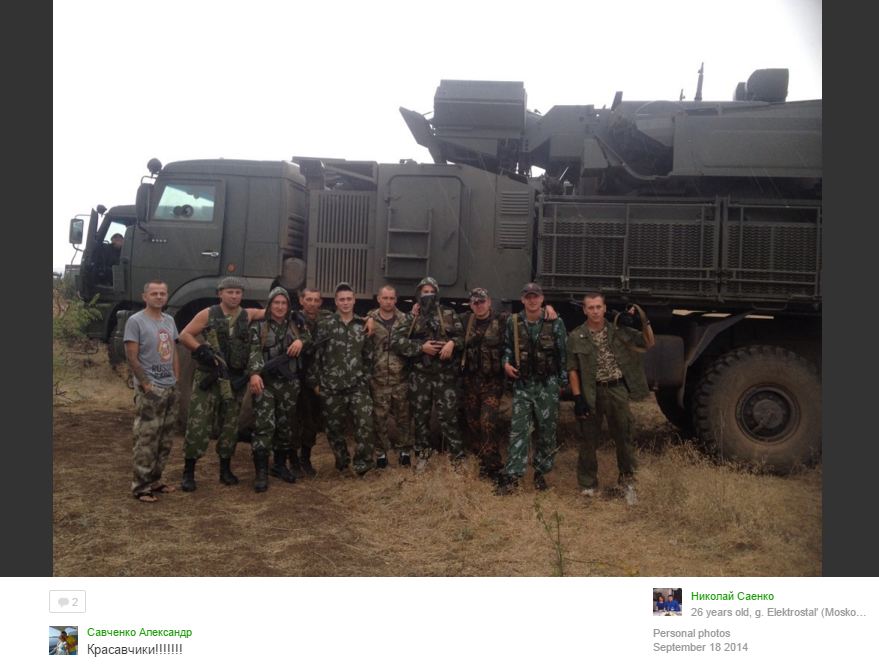 Note: the Russian self-propelled anti-aircraft missile and gun system is designed for cover of the civil and military objects (including ‘C-300’ long range air defense systems) from the attack of the modern air weapon. Weaponry: 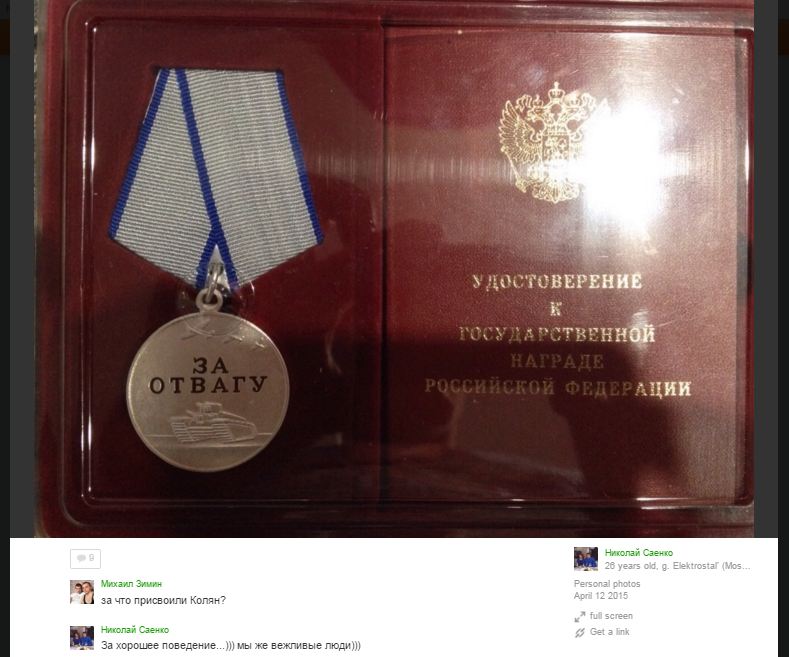 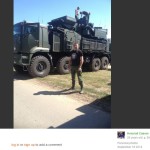 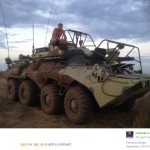 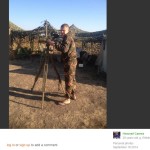 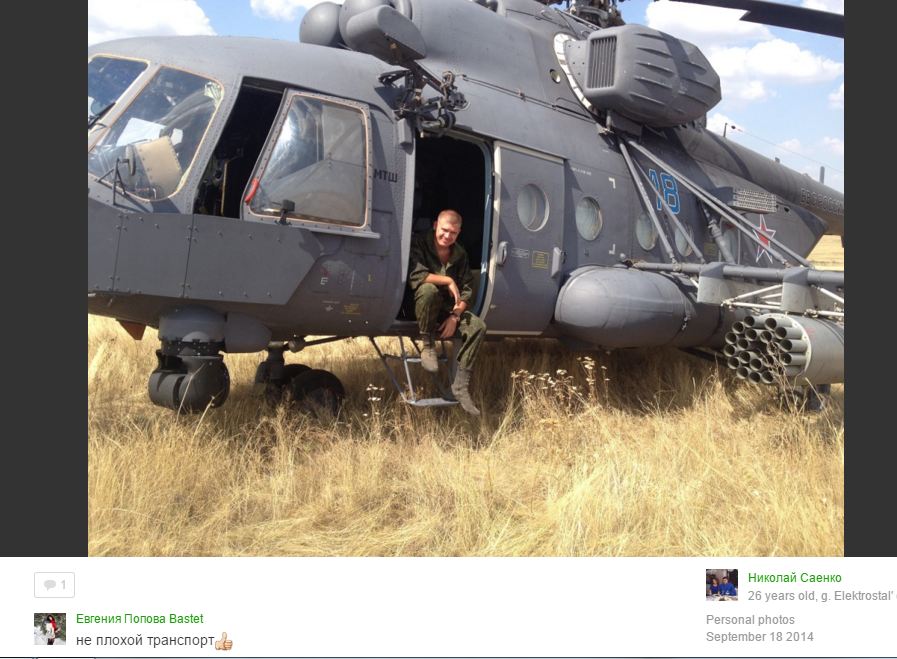 InformNapalm have already notified that many invaders cannot control themselves and boast with the military awards, which they received during peacetime, and we are obliged to record each such fact and express our assumption. It is hard to say for what the warrant officer Nikolay Saenko received this military award in the peacetime but according to the photos chronology (August-September of 2014) and the weaponry type (‘Pantsir-S1’) this Russian air defense systems could be the same assets that in the summer-autumn period of the conflict escalation in Donbas downed the Ukrainian helicopters and planes in 2014. Maybe not only the Ukrainian and not only the military planes…

We remind that this is not the first fixation of the Russian ‘Pantsir-S1’ anti-aircraft missile and gun system during the war in Donbas, so please check the links below:

No Responses to “The Russian Soldier From Flak Missile Regiment No.606 Awarded With the Medal for Bravery”