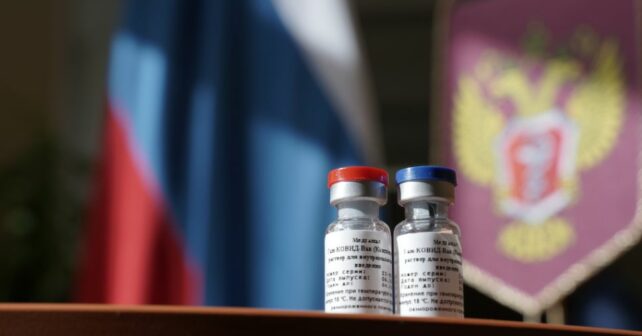 Continuous introduction of strict anti-COVID measures have spurred yet another wave of disinformation. False/misleading narratives are being used to portray the Baltic countries and Poland as incapable to counter the pandemic and to diminish the importance of pandemic restrictions. International vaccination efforts have also prompted accusations of attempts to compromise Russian-made vaccine Sputnik V, and allegations that mandatory vaccination programmes abuse human rights. Lithuania, Latvia, Estonia, and Poland were targeted by disinformation as separate entities, as well as a part of international organizations, such as the EU and NATO.

Throughout December 2020, Debunk EU tracked hostile media and carried out a two-dimensional analysis, which aimed to evaluate the toxicity and the reach that the Kremlin propaganda and the infodemic carry in the region. Within the period, analysts with Debunk EU reviewed 7,091 articles with potentially harmful content, identifying and analyzing 524 articles with false and misleading content in English, Estonian, Latvian, Lithuanian, Polish and Russian languages from 73 media outlets. The articles had a potential reach of 434.9 million contacts.

The analysis has shown that two major news groups stood out in terms of both the number of hits and distribution by languages. First batch of articles concerned the news that the Russian Defence Ministry had warned against a fake news campaign bankrolled from abroad and targeting the Russian COVID-19 vaccine. A day later, it was the message that the toothpaste can kill 99.9% of coronavirus that triggered the second major flow of mis/disinformation. The vast majority of articles within those two groups were published in Russian language.

While analysing false/misleading articles in December, it became evident that the outbreak of a second wave of COVID-19 pandemic and the introduction of stricter measures to control it, such as nation-wide lockdowns, generated articles that were classified under the narrative Country fails to fight COVID-19.

However, the EU-wide rollout of COVID-19 vaccines and the preparations for national vaccination programs prompted the spread of the leading narrative within the period, False measures to fight COVID-19, which included such sub-narratives as Vaccine has been developed without rigorous testing and West seeks to discredit Russian and Chinese vaccines.

West seeks to discredit Russian and Chinese vaccines was the leading sub-narrative within the false and misleading coverage on COVID-19 in December 2020 as measured byDebunkReach® (93.4 million potential contacts).

This sub-narrative was prompted by the aforementioned statement of Russian Defence Ministry from December 11, 2020, which was quoted by the most prominent Russian news services.

It said that “a series of pseudo-analytical “investigations” and false testimonies of “eyewitnesses” about the alleged “danger” of the Russian vaccine or general “refusals” to vaccinate, including in the Armed Forces of the Russian Federation, are being prepared in social networks and Russian-language Internet resources funded by foreign grants”

As debunked by EUvsDisinfo, the news came as a part of a disinformation campaign, aiming to promote the Russian vaccine and discredit the Western ones – those efforts were launched after the Sputnik V vaccine was met with criticism and caution.

The story about the foreign-funded campaign waged to discredit the Russian coronavirus vaccine was, among others, presented alongside with an opinion of the popular pro-Kremlin pundit Igor Korotchenko, editor-in-chief of Russia’s National Defence Journal. The interview to RIA NOVOSTI, in which Korotchenko claimed that there is a link between the attempts by Western countries to discredit the Sputnik V vaccine and the military efforts of NATO countries to contain Russia, was republished and came out in different languages via the mouthpiece of Kremlin propaganda, Sputnik.

This is an example of when an expert opinion is used to back otherwise unsubstantiated claims about the sabotage led by the Western countries, and NATO’s involvement in the alleged campaign. Moreover, the Sputnik V may had been slow in entering markets internationally, but it was foremost affected by the fact that by the day the article was published, the Russian jab had not completed the final stages of the trial. The data on the latter were announced several days later (without publishing a scientific paper with the full details of the trial).

Violation of liberties in the name of COVID-19 ranked fourth in terms of mentions and yet it was second in terms of the reach (79.2 million potential contacts). According to Debunk EU data, it appears that this sub-narrative was often employed in English language articles on RT (hence the wide outreach targeting global audiences). It follows the model of Kremlin propaganda of undermining Western democracies and the values behind them, basically claiming that e.g., “liberty” and “freedom of speech” are only written on paper and not actually being followed.

A fortnight before the Russian Defence Ministry announcing it knew in detail about a disinformation campaign targeting Sputnik V vaccine, a set of documents was leaked which alleged the involvement of the UK Army’s 77th Brigade in monitoring cyberspace for COVID-19 content and a planned probe into vaccine disinformation from hostile states, including Russia.

The article in the RT uses simplified alternatives with a conclusion that there is only one choice: if the military unit joins the action, then it is dictatorship; if the cyberspace is monitored, it is the end of free speech. This way the article inflates and dramatizes the situation, trying to sow distrust in the authorities, painting a near-Orwellian picture:

“With society’s growing reliance on technology to guide our collective consciousness, controlling this battlefield could be a means to conquer our minds and effectively police our thoughts.” (rt.com, 02/12/2020)

Vaccine has been developed without rigorous testing was also amongst highly exploited sub-narratives. Those are some of the claims which were noticed throughout the analysed period:

Such claims being spread serve as evidence that despite the fact-checking efforts around the globe, conspiracy theories remain strongly rooted in some parts of our societies. As a result, belief into various conspiracies may be an important source of belonging and shared reality, especially at a time of social distancing and nation-wide lockdowns.

However, all the aforementioned assertions have already been debunked by various sources:

Kremlin controlled media has also been using the sub-narrative Countries fail to fight against COVID-19 and trying to sell the idea that the Baltic countries were privileged under the Soviet Union, and the legacy of the Soviet system has allowed them comfortable living even after the collapse of the USSR.

An article published by rubaltic.ru, 24/12/2020 follows this narrative by stating that the success story of the Baltic countries dealing with the first wave of COVID-19 pandemic was determined by the heritage of Soviet healthcare system.

It is being claimed that the pandemic clearly shows that the model of “mobilizing state-run healthcare systems”, such as the ones in China and other Asian countries, is the best way to control the health crisis.

However, although the Soviet healthcare system did provide universal access, it was also suffering from inefficiency, hospitals lacked basic equipment and proper hygiene, whilst the giving out bribes to medical personnel in order to obtain faster or higher quality treatment became necessary, and therefore commonplace.

It is also claimed that COVID-19 pandemic has crashed the worldview of the Baltics, which was based on the assumption that “the united Europe is a blessing,” whilst the first wave of the pandemic was successfully dealt with only as a result of the timely closure of borders. Moreover, the EU countries are fighting over the recovery fund and trying to “survive alone.” The story follows the narrative about a cracking unity of the EU, promoted by the pro-Kremlin media. What it tries to imply is that national autonomy and not the European unity will help to overcome the hardships.

The sub-narrative The government will force people to vaccinate ranked third in terms of mentions (60 hits) and only 10th in if measured by DebunkReach® (16.0 million potential contacts). Vast majority of the articles qualified under the narrative were published by Polish sources nczas.com and wykop.pl. It was claimed that authorities were looking for ways to force people get vaccinated via the exclusion of those refusing to get the jab from social life, professional opportunities, traveling, etc.

There are various suggestions that vaccine scepticism in the former Eastern bloc countries may have to do with the legacy of communism: people are hesitant about getting vaccinated because it is required by government, which echoes the past regime.

An article posted by zmianynaziemi.pl, 30/12/2020 claims that “Vaccine apartheid is imminent in Europe. The society will be divided into those who are unthinking and allow themselves to be injected with a jab that the producers do not want to take responsibility for, and those who are sceptical about the idea of vaccination. The latter will be made into subhuman with limited civil rights”.

The article uses well known symbols, events, or figures to evoke strong emotions, thus diverting attention from the otherwise baseless assertions. In this case, it employs such powerful and emotionally charged term as apartheid, as well as referring to the Nazi Germany by saying that vaccination certificates will be the evidence of belonging to the new “Aryan” race.

Measured by mentions, most of the articles with false and misleading content were published in Polish (a share of 40.3%), followed by Russian (26.3%) and English (11.1%). Measured by DebunkReach®, it was the English language via internationally oriented state-run Russian news outlets that reached out to the largest number of potential contacts (a share of 43.4%), followed closely by Russian (42.2%).

In the Baltic countries, problematic information regarding COVID-19 was foremost spread by pro-Kremlin media, both openly associated with Russian news media outlets (branches of Sputnik and Baltnews in all three countries) and not in an outright manner (e.g., Ekspertai.eu in Lithuania), as well as alternative news sources (such as Telegram.ee in Estonia), all of which have rather marginal audiences, even in their respective media landscapes.

The website of the Polish far-right tabloid Najwyższy Czas! nczas.com topped the list of false/misleading coverage providers as measured by mentions. According to some reports, nczas.com has been using materials posted on the sources that serve the Kremlin agenda, such as the pseudo news agency Sputnik and the Voice of Europe.

The media outlet is associated with the Confederation (Konfederacja) party, openly pro-Russian, as in similar cases across the far-right in Europe, a model possibly promoted by Moscow. Most of the articles on nczas.com focused on the vaccines and vaccination, following the rhetoric stating that the government will force people to vaccinate and that the vaccine has been developed without rigorous testing.

Disinformation analysis for November was executed by the Debunk EU team: