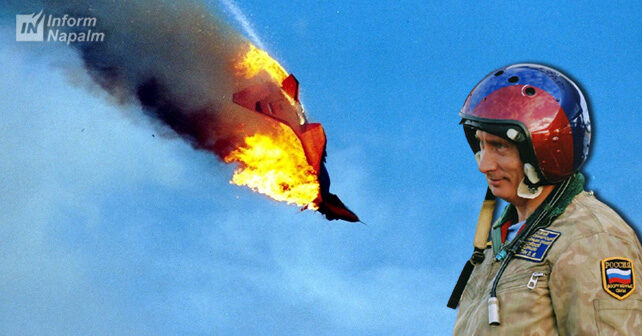 In just three summer months in 2021, ten high-profile accidents involving Russian military aircraft occurred. Six of them occurred in August. 52 people were killed in these accidents. Volunteers from the international intelligence community InformNapalm have created summary infographics to analyze these statistics.

Some analysts predict that the number of accidents could increase due to the increased training of flight crews in the Russian armed forces. But that doesn’t explain why 60% of accidents are due to pilot errors and 40% to technical errors.

Accidents involving Russian military aircraft in the summer of 2021

Interestingly, in August 2021, the central Russian television channels did not try to draw attention to the significant increase in military plane crashes in Russia. They remained silent about the problem and instead drew the Russians’ attention to harsh criticism of Ukraine. The television stations paid special attention to the preparations for Ukraine’s Independence Day. At the same time, they took the opportunity to criticize the US troop withdrawals from Afghanistan.

On August 23, after a MiG-29SMT aircraft got fire on the ground during maintenance after a failed flight, the Russian armed forces published a trailer for the film “Sky”, about Russian military pilots in Syria on their official YouTube channel. And although Russia is trying to romanticize the military pilot profession with films, its reputation is waning as plane crashes increase year after year. 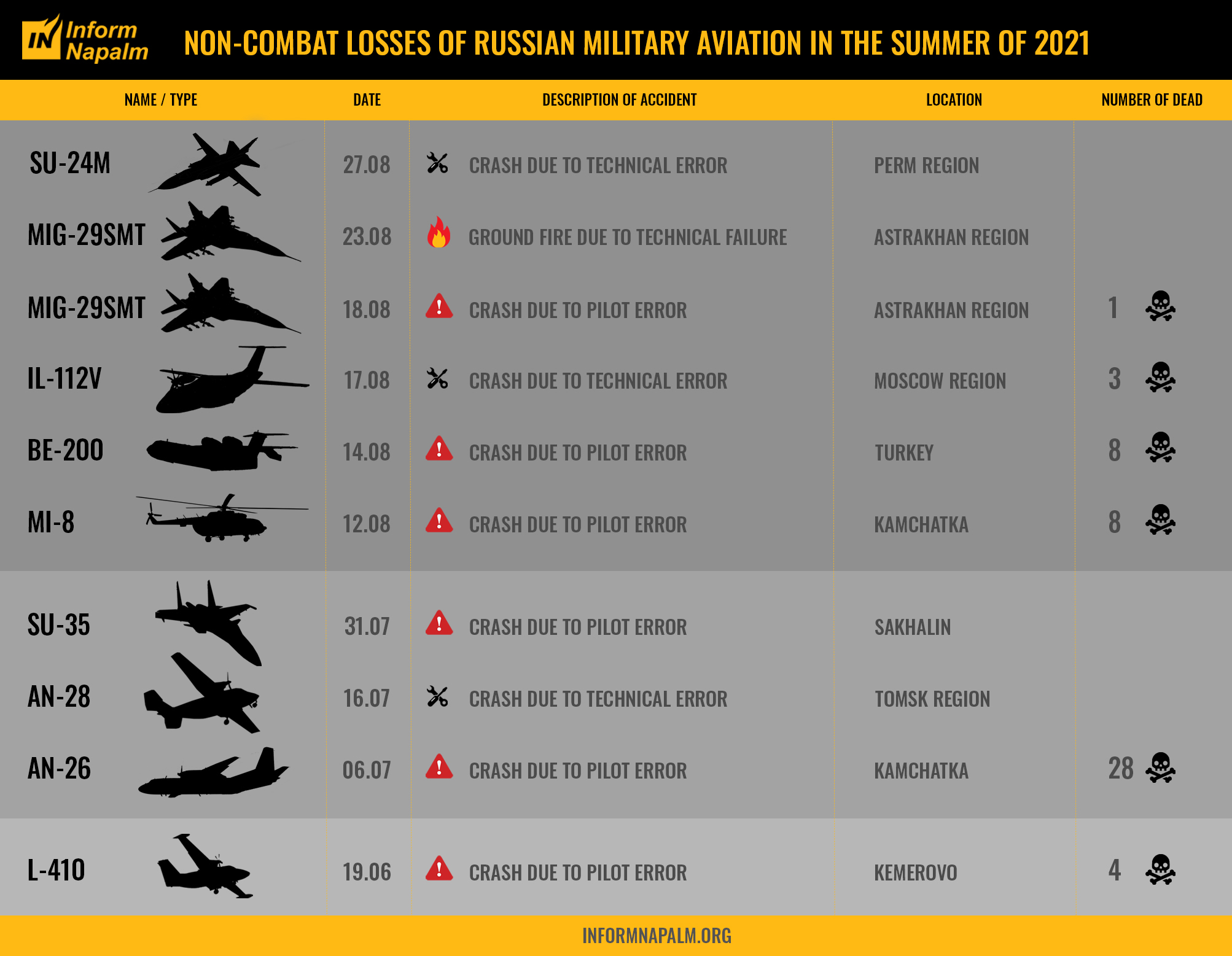 In November 2018, InformNapalm published information about the Russian lieutenant colonel Alexei Kopayev, a first-class pilot and navigator on a Su-30SM aircraft. The report included audio recordings of his conversations as well as retrieved documents marked “for official use” from his email.

In private phone calls, it was said that one of the tasks of the Russian Air Force in Syria was “to capture an invisible American F-22 Raptor aircraft“.

The military operation in Syria is marked by bloody bomb attacks by Russian pilots on hospitals, schools and other civilian infrastructure. Since the Russian operation began, thousands of civilians have been killed in Russian airstrikes.

In 2016 InformNapalm published the report “Who bombs civilians in Syria – Profiles of 116 Russian AF officers”. This material has been translated into 13 languages, including Arabic, and has received a lot of international attention. On Russian television, InformNapalm’s publication was described as a “dangerous leak of classified information”.

Translated by A55.  Distribution and reprint with reference to the source is welcome! (Creative Commons — Attribution 4.0 International — CC BY 4.0) InformNapalm social media pages: