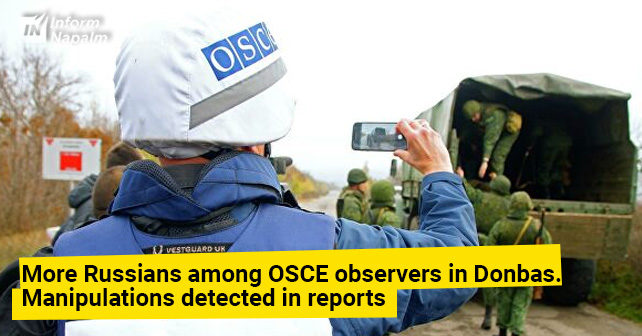 On January 7, 2020, Ukrainian representatives at the Joint Center for Control and Coordination (JCCC) reported on the official Facebook page of the Joint Forces Operation that the OSCE SMM in its reports for January 4 and 6, 2020 manipulated sensitive information about violation of the weapons withdrawal agreements.

The OSCE SMM reported as a violation the presence of 9K33 Osa anti-aircraft missile systems located dozens of kilometers deep into the government-controlled territory and away from the contact line. The SCCC, in turn, emphasized that according to the Minsk protocols, tanks, while artillery, MLRS, tactical missiles are subject to withdrawal, whereas the Minsk protocols do not touch upon the withdrawal of anti-aircraft missile systems. The JCCC also emphasized that the disclosure of such information is contrary to the principles of neutrality and impartiality, which should guide the OSCE SMM in providing sensitive defense information.

Volunteers of InformNapalm international intelligence community have grounds to believe that the manipulation in the reports is associated with an increase in the number of citizens of the Russian Federation among OSCE SMM observers. 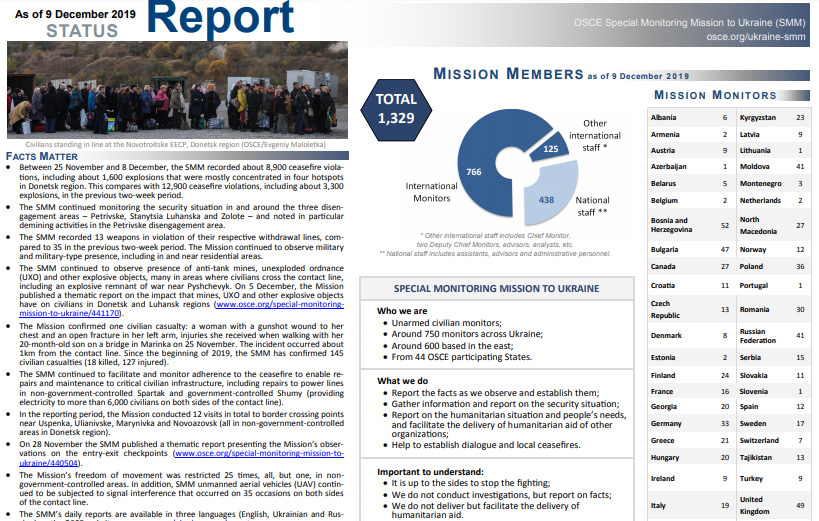 In early December 2019, representatives of 19 countries voted against the resolution of the UN General Assembly calling on Russia to withdraw its troops from the annexed Crimean peninsula. Among them were Belarus, Armenia, Kyrgyzstan, Serbia and others.

As of December 2019, there were 5 observers from Belarus as part of the OSCE SMM in the Donbas, 2 from Armenia, 23 from Kyrgyzstan, 15 from Serbia. There are 86 observers in the Mission (including the Russians) who could be working in the interests of the Russian Federation opening a significant potential for manipulation and distortion of information. Moreover, there is not a single citizen of Ukraine among the observers.

In November 2019, after the UN court in The Hague dismissed all the Russian objections and recognized its jurisdiction in the lawsuit of Ukraine against the Russian Federation, the InformNapalm international volunteer community urged to raise the issue of the withdrawal of Russian representatives from the SMM, as Russian Federation is legally recognized as an aggressor state, and a side directly interested in continuing the war.

However, citizens of the Russian Federation and citizens of other countries loyal to Russia remained in the OSCE SMM in Donbas, and most probably continued to work in the interests of Russian intelligence and propaganda.

Following the latest statements by the JCCC on the facts of information manipulation, it is necessary to intensify the process of their removal from the documenting process of the monitoring mission. These issues should be raised not only by volunteers and activists, but also by Ukrainian policy makers and diplomats.

This publication was prepared especially for InformNapalm. Translated by Artem Velichko. Distribution and reprint with reference to the source is welcome! (Creative Commons — Attribution 4.0 International — CC BY 4.0)

No Responses to “More Russians among OSCE observers in Donbas. Manipulations detected in reports”