How Much Did Moscow Pay for Destruction of Ukrainian Insurgent Army Memorial in Hruszowice, Poland? 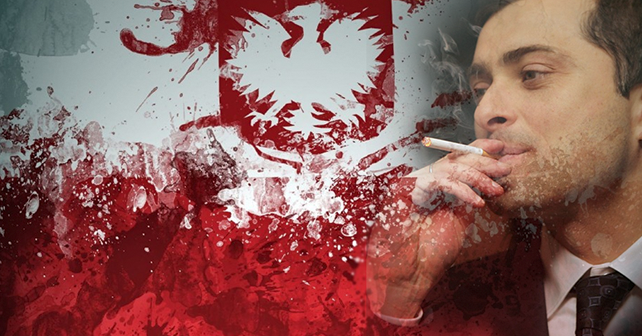 Two years ago, unidentified persons tore a plaque off the memorial, which became a formal pretext to consider it need of repair.

Besides, this memorial had been for a long time in the focus of attention of Polish nationalists, who believed that it had been erected illegally and, therefore, needed to be torn down. However, Ukrainian organizations insisted that the memorial was, in fact, a gravestone.

Despite the Polish nationalists’ attempts to assert themselves by destroying the memorial, it remained in the cemetery near the Polish-Ukrainian border. However, after the Crimea annexation and the beginning of the Russian-Ukrainian war, Moscow mobilized its forces and organized a number of provocations in the territory of both Poland and Ukraine.

From the materials on Alexander Usovsky, which were shared exclusively with InformNapalm volunteers by Ukrainian Cyber Alliance hacktivists, it became clear that Moscow was behind the actions at the Hruszowice memorial. In August 2014, the memorial was desecrated as a result of one of Russia’s provocations in Poland, for which the Kremlin allocated about 100 thousand euros. 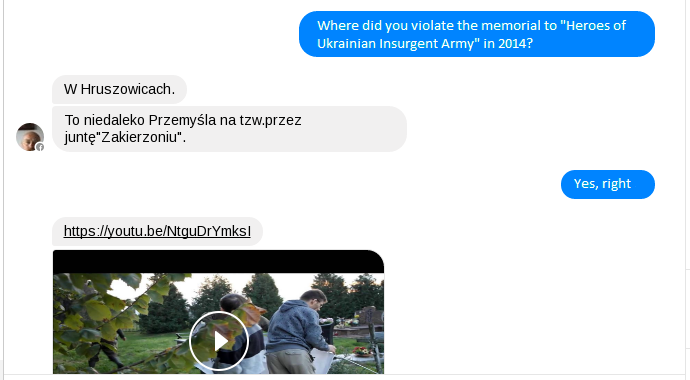 The hack of Usovsky’s correspondence showed that in early 2017 he was planning a meeting with his Polish “partners” with the purpose of organizing new provocations. The UCA hacktivists and volunteers of International Intelligence Community InformNapalm foiled those plans by preventively publishing Usovsky’s correspondence with Polish nationalists, where they discussed the actions at the Hruszowice memorial. This publication received significant attention in Ukrainian and Polish mass media and led to canceling or postponing Moscow’s provocations.

Notably, the activities in Poland were planned by the people close to Vladislav Surkov, the aide to the President of the Russian Federation, and Konstantin Zatulin, the Head of the Institute of CIS Countries and a Deputy of the State Duma, who is generously sponsored by Gazprom.

After the Usovsky exposure, Moscow did not abandon its plans to drive a wedge between Ukraine and Poland. Provocations continue in the territory of both Ukraine and Poland. One of the recent incidents was the shooting of the Consulate General of Poland in Lutsk. Now the Hruszowice memorial has been destroyed in Poland.

According to the statements made by Polish nationalists, somebody in the ABW (the security service of Poland) requested to abstain from such actions, however, it appears Kremlin’s demands were deemed to be more important than the opinion of local law enforcement agencies (or, the sum paid for the memorial destruction was so large that there was no going back?)

It is strange, how the Polish nationalists play into the Kremlin’s hand again and again, but Usovsky’s correspondence has shown that everything has its price. Russia-USSR has already divided Poland. Can they do it again? Of course, they can. If Ukraine falls, Poland will be next. This is what all Kremlin’s opportunistic friends in Poland, who sell their and their children’s future for the Gazprom’s money, should understand.

Only a joint effort of the Polish and Ukrainian people, with consolidated and wise position of diplomats, journalists, activists and patriots, can oppose Russian hybrid aggression aimed not only at Ukraine, but also at Poland, the Baltic countries, and other states within the area of interests of the Russian Federation.

Disclaimer
The evidence has been provided exclusively to InformNapalm by the hacktivists of the Ukrainian Cyber Alliance for analysis and processing. InformNapalm Community bears no responsibility for the sources and origin of the data.

This publication was prepared by Kirill Mefodiev specially for InformNapalm web site. Translated by InformNapalm English. . An active link to the authors and our project is obligatory for any reprint or further use of the material.

No Responses to “How Much Did Moscow Pay for Destruction of Ukrainian Insurgent Army Memorial in Hruszowice, Poland?”