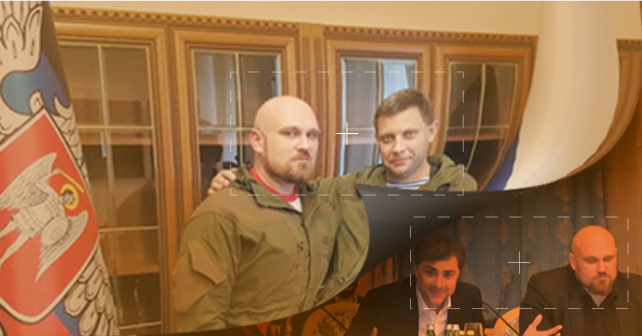 In June, the “northerly wind” can blow again leading to another escalation of the war in Donbas (Translator’s note: “northerly wind” is a jargon expression used by Russians for massive military intervention in Ukraine). The analysis of video recordings, interviews and correspondence of terrorists from Surkov’s private military companies (PMC) shows that the reserve of mercenaries of the Union of Donbas Volunteers (UDV) is being actively prepared for mobilization.

On April 24, 2017 a short propaganda video with a focus on late May and early June 2017 appeared on the official youtube channel of UDV. The ex-head of the so-called Ministry of State Security of so called Donetsk People’s Republic (DPR) and the head of the UDV, Andrei Pinchuk, predicts in this 30-second piece:

“In late May, early June, Poroshenko will do everything to explode the situation on the front line.”

The talk of Pinchuk must be red between the lines, given his background and close ties to one of the factions in the Kremlin. It was no coincidence that on November 4, 2016, during the meeting of the “Council of UDV commanders”, he sat on the left of Vladislav Surkov, Russian presidential aide and the mastermind of the Novorossia project. Pinchuk and the ex-Prime Minister of the DPR Aleksander Boroday form the inner circle of the leaders of the secret army, while Vadislav Surkov remains its shadow supervisor. 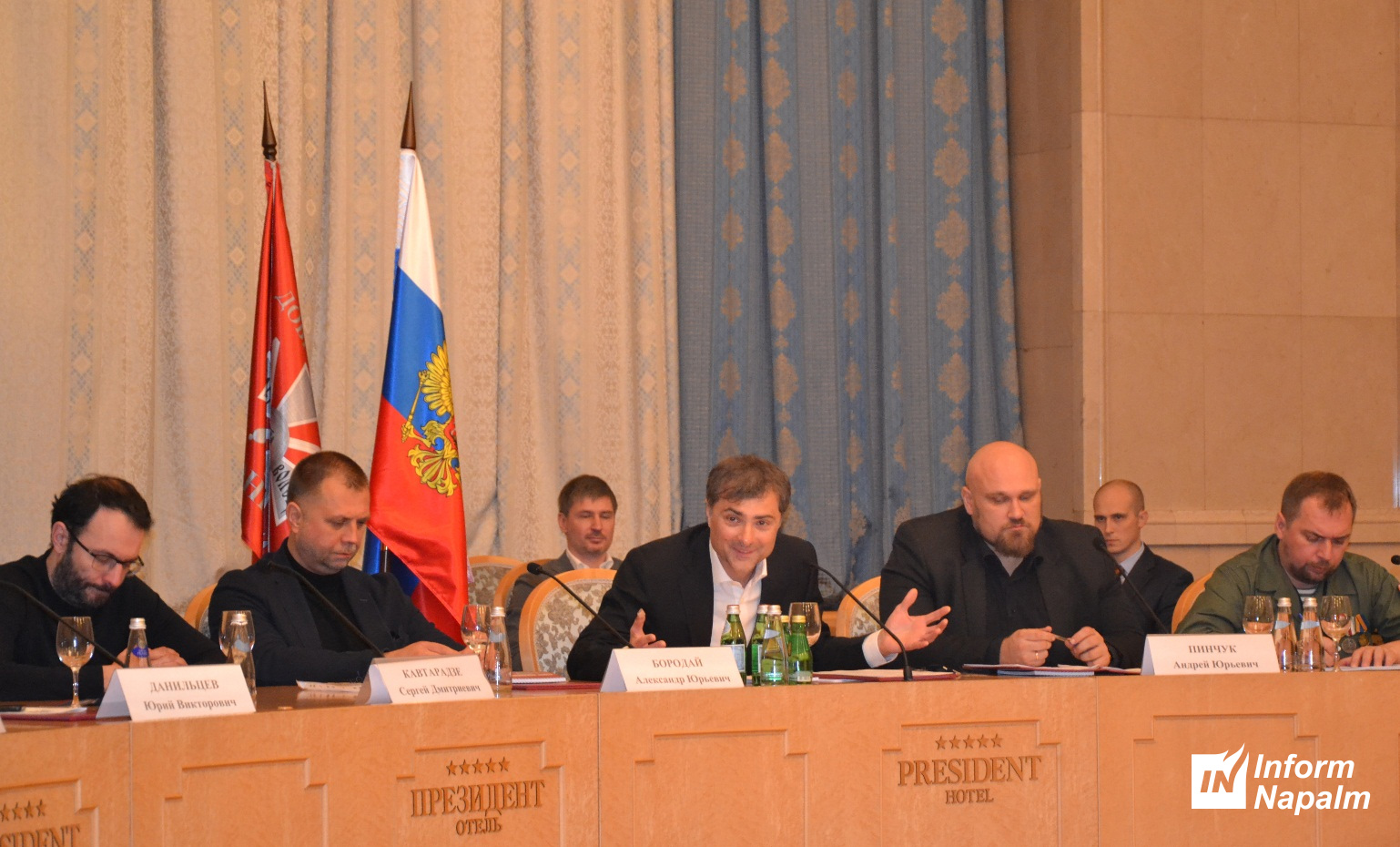 An escalation of the war in Donbas is backed by the Kremlin propaganda media stoking hate and panic among the civilians on the occupied territories. This is the standard trick of Moscow to cry foul attributing its own aggression to the victim. This turned out a very effective propaganda method for the domestic audience in Russia.

Not only the words of Pinchuk suggest that Moscow is preparing another large-scale operation involving mercenaries in early June. In the new materials of his electronic correspondence we discovered lists of the “mobilization resource of the UDV”. This organization has started active mobilization of its members in April 2017.

EXHIBIT 2 (docx). The list of Russian mercenaries of the DPR / LPR, who live in the temporarily occupied territory of Crimea and are members of the Crimean branch of UDV (leader – Dmitry Vasilievich Khavchenko, callsign Moryachok).

EXHIBIT 3 (docx). The list of the Voronezh group of Russian mercenaries of the DPR / LPR, residing in Russia (mainly in Voronezh), members of the south-western branch of the UDV. It is noteworthy that besides Donbas, the list indicates other wars the subjects took part in – Syria, Chechnya and Nagorno-Karabakh.

Apparently, the main goal of mobilizing professional mercenaries under Surkov’s supervision is to escalate violence in certain areas of the Ukrainian front where there is no possibility to deploy Russian regular troops.

Let us recall how Vladislav Surkov promised to the members of his newly-formed army of UDV mercenaries that the “northerly wind would blow again soon”, and all of them would return to Donbas as winners. However, the wind rose somewhat changed and now the promised “northerly wind” rather blows to Syria, where apart from the fighters of the Russian PMCs “military advisers” from the regular Russian army also die frequently for Assad’s sake.

After all, Donbas venture of Russia seriously ran aground and it is hard to move further (economic sanctions are sometimes much more effective than Tomahawks). So now Surkov is pushing Russian mercenaries towards Syria.

However, many Russian jingoists do not find Syria appealing. According to the available data, this push has already led to a split among members of the UDV. For example, E.N.O.T. CORP (a PMC headed by Roman Telenkevich, call sign Vodyanoj) left the union. This will be discussed in the next investigation. 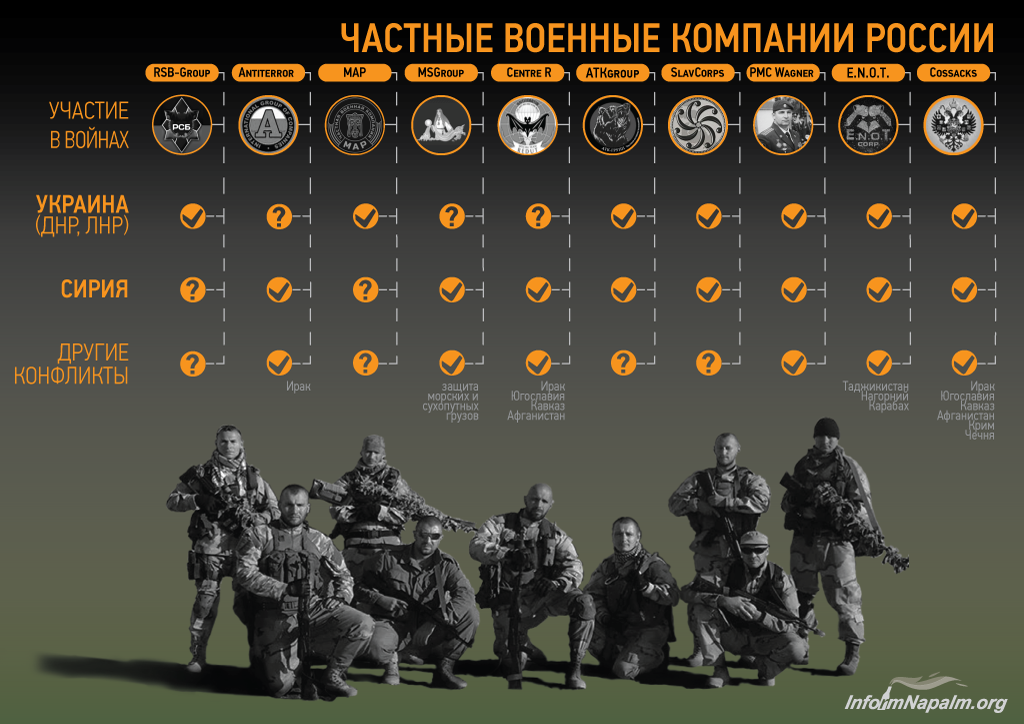 Other materials on the topic of UDV:

No Responses to “Northerly wind in June: Surkov’s private military companies prepare for escalation in Donbas”