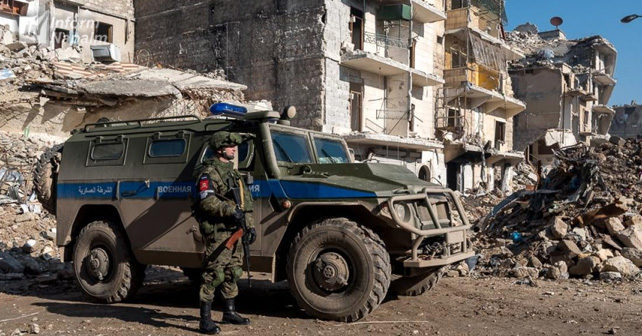 On June 4, 2020, Russian media , citing court rulings, reported that the Vladikavkaz Garrison Military Court fined deputy commander of the 19th Motorized Rifle Brigade (MRB) of the Russian Armed Forces, Colonel Yevgeny Teleshev 350 thousand rubles, for beating up his subordinates after they opened fire on the guards of Syrian President Bashar Assad at the command post of Deir ez-Zor in the summer of 2019.

Details of the lawsuit against the Russian colonel

According to the court, Yevgeny Teleshev, while deployed to Syria, served as the head of the task force in Ash Sholah. He stated in court that from May to July 2019, the situation at his post was tense: there was an attack on the command post and a traffic accident involving Russian servicemen, where Syrian citizens got killed.

On the morning of July 23, 2019, in the office of the combat post of Deir ez-Zor, Colonel Teleshev beat up two servicemen: a rifleman and his immediate superior. They were diagnosed with concussion.

He explained the reasons for the hitting his subordinates by the fact that he could not restrain himself when he learned from Colonel-General Andrei Serdyukov, commander of the Russian forces, that one of his subordinate riflemen, while at a military post, had shot at the car of the security service of the Syrian Arab Republic, and a bullet pierced the windshield.

The military court, taking into account the colonel’s merits and his military awards, as well as voluntary compensation for moral damages to the victims of 70 thousand rubles each, decided to apply more lenient punishment to Teleshev than mandated by the Article #286 of the Criminal Code of the Russian Federation (Abuse of Office). In the verdict, the court indicated that the defendant committed a crime, allegedly fearing a conflict with the local population and Syrian defense forces, as well as a recurrence of the incident. The colonel was sentenced to a fine. This decision was appealed by the victims who demanded  Teleshev’s incarceration, removal from office and ca.1 million rubles reimbursement. But the Southern District Military Court dismissed their appeal.

In the OSINT investigations database of the InformNapalm international volunteer community, there is no information about the deputy commander of the 19th MRB Colonel Evgeny Teleshev. However, our database contains 14 investigations with numerous materials evidencing the participation of servicemen of the 19th MRB (military unit 20634, Vladikavkaz, North Ossetia) in the operation to capture Crimea and the war in the Donbas.

Among the most interesting investigations:

Given such a large number of identified Russian military personnel from the 19th MRB who took part in the hostilities in the Ukrainian Donbas, it is possible that some of the military decorations of Colonel Teleshev could have been received for participating in the aggression against Ukraine.

InformNapalm also previously reported on the criminal record  of the commanders of the 15th MRB and the reasons why Russian officers are ready to carry out any criminal orders of the Kremlin after they get hooked by the “mercy” of the Russian courts.