Identified: servicemen of 19th MRB awarded for fighting in Ukraine 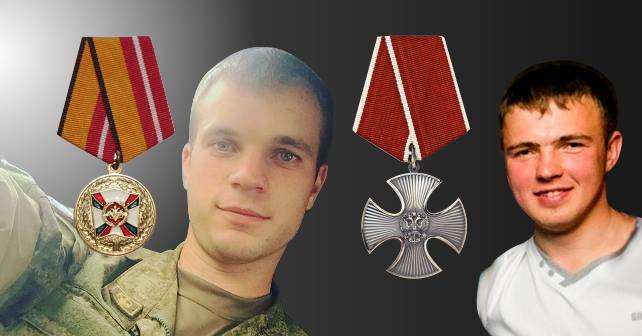 Russian servicemen’s social media pages are the most important source of information for the open source intelligence (OSINT). After three years of activity, InformNapalm volunteer intelligence community developed a set of methods of searching and identification of the Russian war criminals. Identification of so-called Donbas and Syria veterans is made by a number of identifying attributes. Even if they are using nicknames, and their own profiles contain almost no information, we are able to identify the participants of the invasions.

Combat awards have become an important indicator of the participation in the Russian-backed wars against Ukraine and Syria. We came across pictures of both the state and departmental orders and medals of Russia or award registration certificates proudly posted on social media pages by the recipients themselves or their family members.

Before Russia started the hybrid war against Ukraine, some data about awards and registers of awarded Russian army servicemen were publicly accessible. But as of fall of 2014, Russia has classified this information.

Therefore, collection of the information on social media profiles, forums etc. about servicemen awarded for the participation in hostilities outside of Russia remains an important part of the open source intelligence. In October 2016, InformNapalm presented the relevant public database in a feature titled Award stigma of war criminals from the Russian Army. The database included 79 servicemen awarded with ten kinds of orders and medals. We continue to work in this direction and soon we are going to present an updated database supplemented with more than 60 awards. 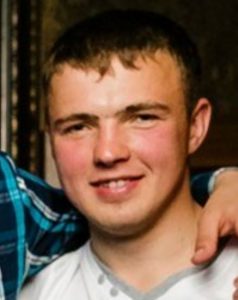 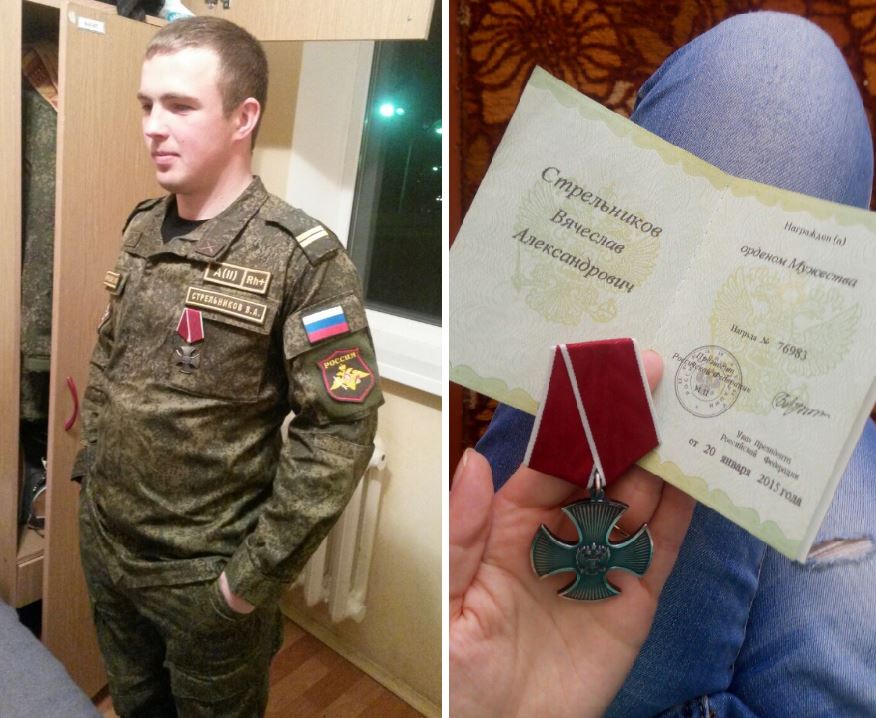 Apart from the award, there is very little in Strelnikov’s profiles evidencing his military service and achievements. Although the evidence is indirect, but extra (and futile) secretiveness of Strelnikov-Samokhin-Tolmochev strongly suggests that he had things to hide. Moreover, his friend list firmly connects him with the reconnaissance unit of the 19th MRB and a number of its servicemen who participated in Donbas combat deployment, including our subject #2 Petukhov. 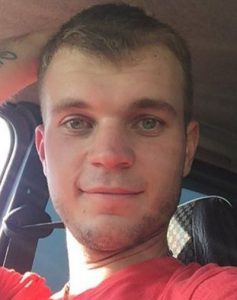 Judging by Petukhov’s social media page he did his conscript military service from 2012 to 2013 as a driver of the headquarters company of the 19th MRB. Having finished his compulsory service with positivecharacter reference, and after a medical examination he signed a contract with the same military unit for a position of squad sergeant of the flame-thrower platoon of the NBC protection company.

Petukhov has an active social media presence through his VK account (archived profile, photos, contacts). On December 3, 2014, he boasted his Medal for Military Valor and its award certificate (issued by the order of the Ministry of Defense of the Russian Federation #. 677 of 10/02/2014, the certificate was signed by interim commander of military unit #20634 Lieutenant Colonel D. Kirshin) Somewhat earlier, in September 2014 he had posteda picture where looked more like a militant of illegal armed groups of Novorossia, than a career officer. 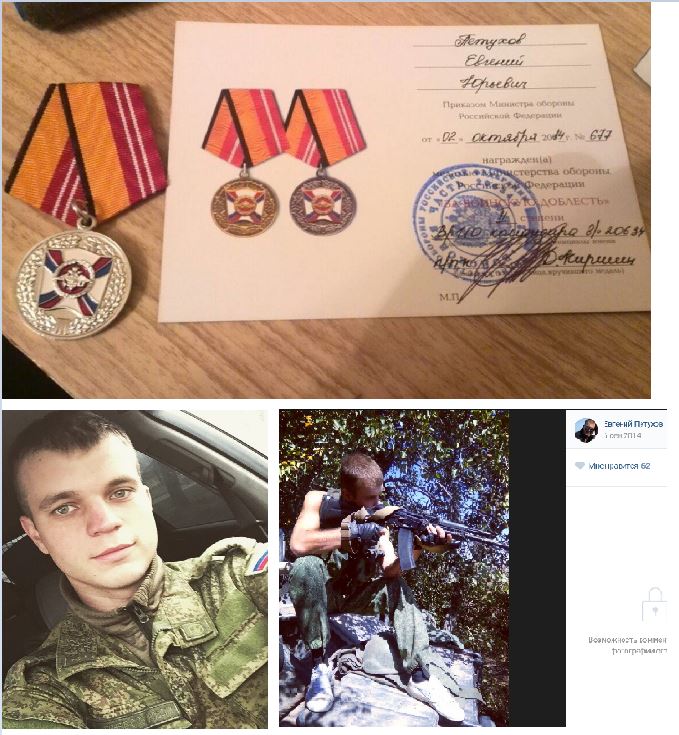 These servicemen are stand in a long row of other participants in the war against Ukraine from the 19th MRB of Russian Army. The volunteers of InformNapalm had identified servicemen of the sniper units, electronic warfare and drone units which participated in the combat deployments in Donbas.

Structure and armament of the 136th MRB 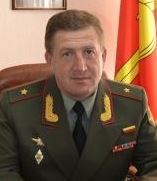 During the 2012 – 2013 the commander of the19th MRB was Major General Sergey Kisel. In September 2016, Kisel was appointed chief of staff of the 20th Field Army. He was promoted to the rank of major general in June 2013.

Since 2015, Esedulla Abachev was appointed the commander of the 19th MRB.

This publication was prepared by Irakli Komaxidze on the basis of his own OSINT investigation specially for InformNapalm. Translated by Eugenia Zlamanuk, edited by Artem Velichko
(Creative Commons — Attribution 4.0 International — CC BY 4.0)
Repost and share with friends.
For notifications about InformNapalm investigations follow us on Facebook / Twitter / Telegram.

No Responses to “Identified: servicemen of 19th MRB awarded for fighting in Ukraine”