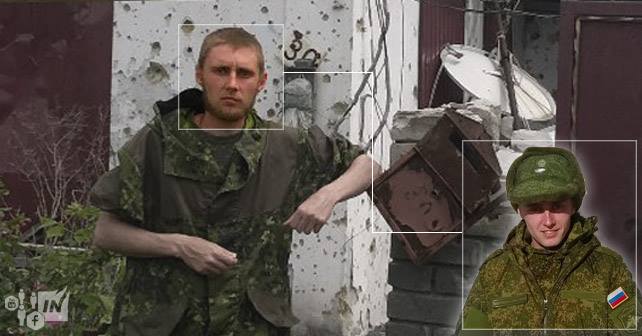 Banning of the Russian social network VK in Ukraine did not affect the capabilities of InformNapalm volunteer intelligence community to find new facts and proofs of the Russian military men participation in illegal armed groups (IAG) of Donetsk People’s Republic (DPR). This OSINT investigation deals with a sniper from the 19-th Motorized Rifle Brigade (19-th MRB) masquerading as a “Novorossia rebel” and bringing the values of the Russian world to the Donbas.

Earlier identification attempts: not a Russian mercenary, not a lieutenant

The subject of this investigation is a Russian citizen Mikhail Milovidov. He was born on Oct, 04, 1989 in Irkutsk. From late 2013 to early 2014 he was a contract sniper of the 19th MRB. He probably began his military service as a conscript in one of Central Military District boot camps, and was subsequently transferred to serve in the Caucasus, Southern Military District.

We found in open sources at least two attempts to identify Milovidov. However, in both cases the findings were superficial or inaccurate.

The first identification attempt was performed by Myrotvorets Center in September 2015. Milovidov was added to the terrorists and war criminals data base as a Russian mercenary / IAG memeber. Milovidov must have liked to be identified as a “Novorossia militant”, he even posted the screenshot from the Purgatory section in his social media account.

The second identification attempt was undertaken in March 2017 on a web site of another OSINT team. According to their data, Milovidov is a junior lieutenant from one of the units from the Russian Central Military District, but this assumption is supported with very weak evidence.

Earlier attempts to identify this Russian serviceman were inaccurate, therefore in this investigation we will present a more solid evidence base. A detailed study of Mikhail Milovidov’s VK profile (archived pages, photos, contacts) suggests that as of August 2016 he was, and probably still is, an active contract serviceman of the 19th MRB (military unit 20634, location: Vladikavkaz, North Ossetia, Southern Military District of Russia).

Milovidov’s affiliation with the 19th MRB (directly or indirectly) is confirmed by several factors, i.e.: 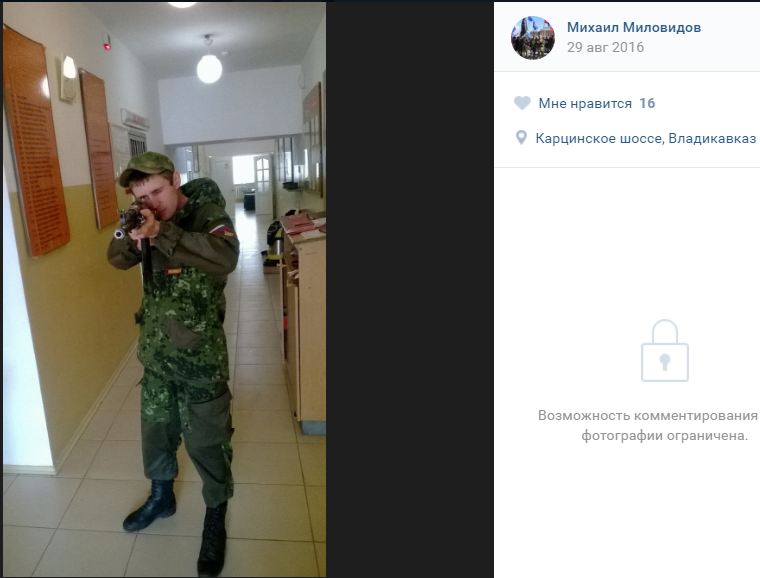 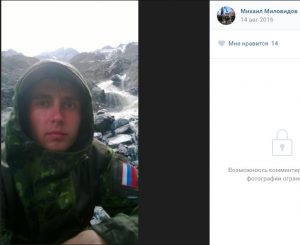 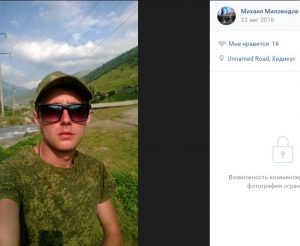 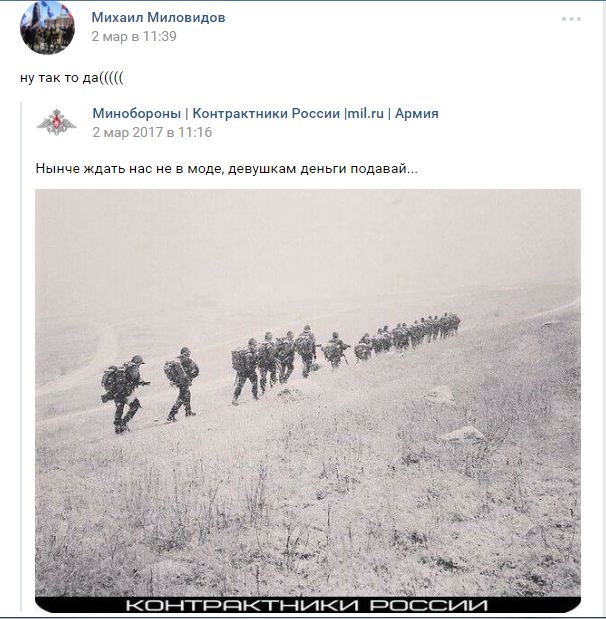 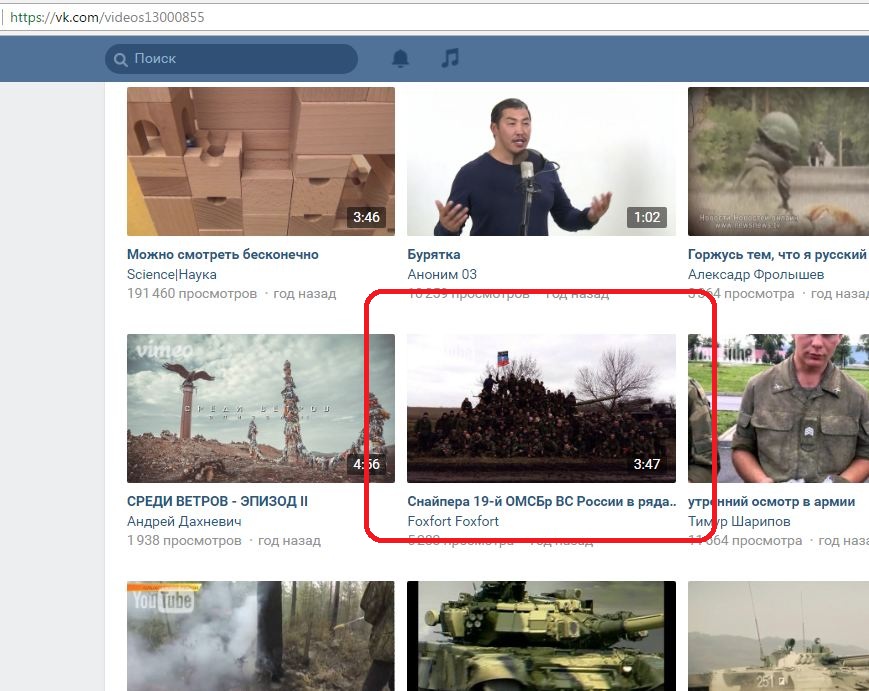 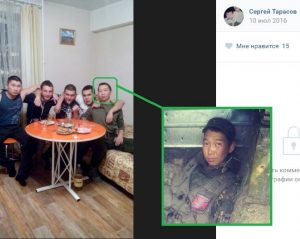 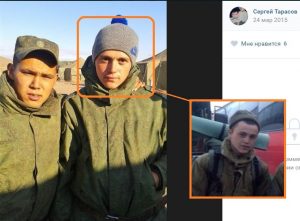 Abgadeev’s photo can be also seen in Milovidov’s album. This photo was taken in February, 2017 in Irkutsk during a memorial event for Somali IAG commander Mikhail Tolstykh (known as Givi), who was killed in a contract hit in Donbas. 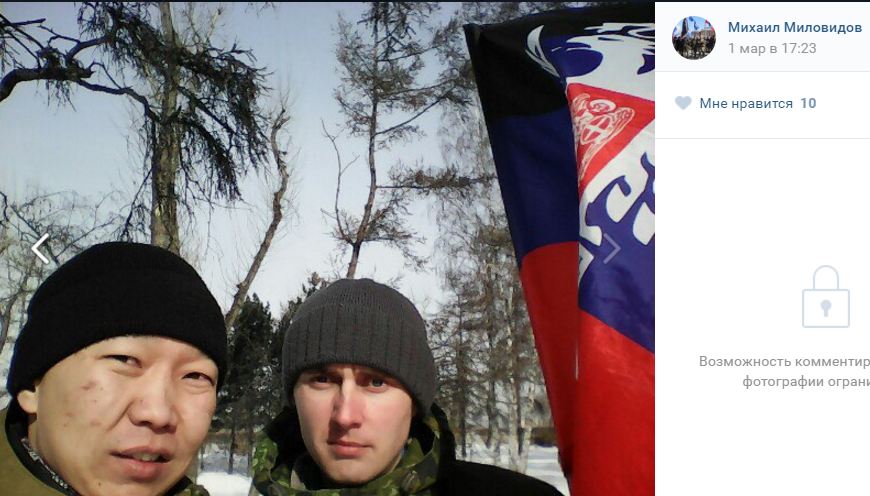 The Russian army sniper took part in buildings seizures in Donetsk before the start of the armed conflict. 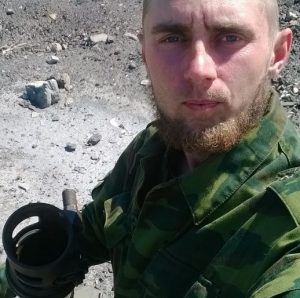 In March and April 2014, before the military phase of the hybrid war began, Milovidov was sent to Donbas to participate in the rallies and spearhead the seizure of the Donetsk regional administration building. Take note that apart from the St George’s ribbon, he is also wearing a white armband, the identifying sign that Russian hybrid soldiers wore en-masse at later stages of the conflict. Most probably, he also took part in other provocations too. At the early stages of the armed conflict in the East of Ukraine he was spotted among the militants of so-called Novorossia militia. He was attached to Vostok IAG, alternating Ukrainian deployments with service in the 19th MRB in Vladikavkaz and vacation trips to his native Irkutsk. 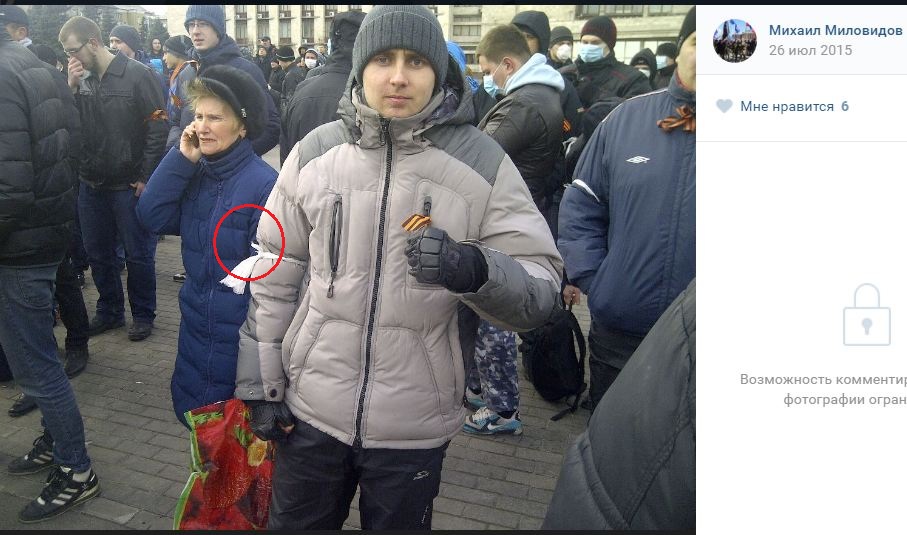 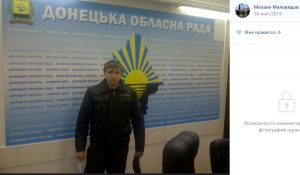 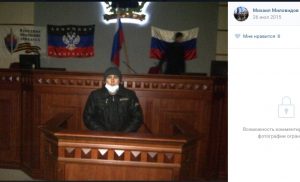 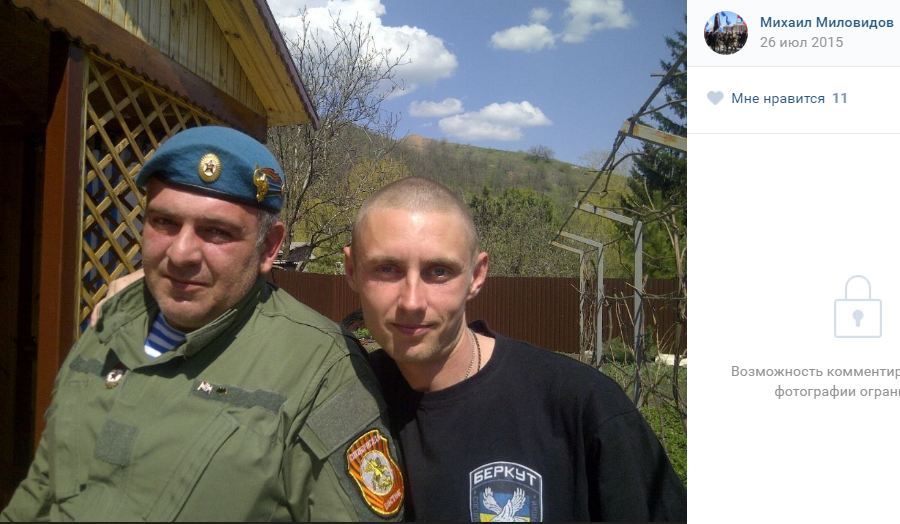 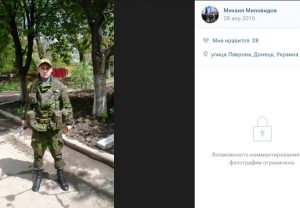 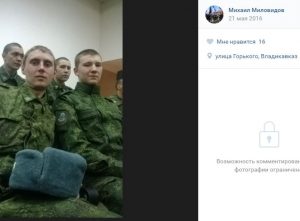 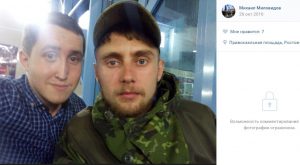 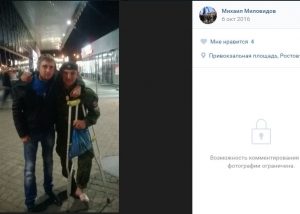 All this evidence in the aggregate (photos, vidoes and network activity) strongly suggests that sniper Milovidov is an active serviceman with the Russian Army. Moreover, we tracked Milovidov’s connection with the subjects of our previous investigation on the snipers of the 19th MRB, who fought in Donbas within Somali IAG.

Hybrid service in the Russian Army

This investigation proves again our point that a part of Russian contract servicemen are doing hybrid service. Remaining on the Russian Army rosters, they are assigned to so-called “Novorossia militia” as instructors, snipers or military specialists, responsible for communication and coordination with main forces, deployed on alert across the Russian border.

It bears remembering that the 19th MRB appears in seven OSINT investigations by InformNapalm. These publications are related to facts of invasion to Ukraine in summer-autumn 2014, and also to evidence of this brigade’s servicemen participation in Donbas war.

This publication was prepared by Irakli Komaxidze on the basis of an original OSINT investigation specially for InformNapalm.