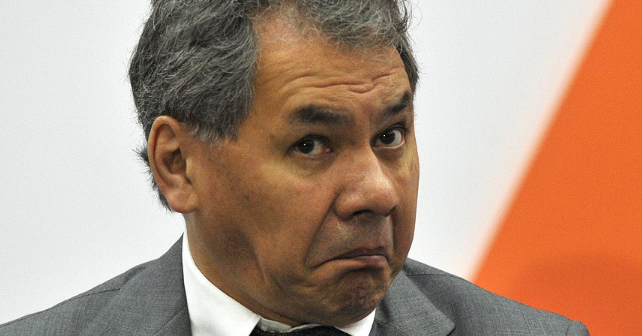 Ukrainian hacktivist Sean Townsend (Ruh8) took advantage of the Russian bureaucratic systems of defense and security agencies using the information retrieved from the mailbox of Popov Yuri Sergeyevich, a sailor from military base 74777. Popov joined Sparta and Pyatnashka illegal armed groups and took part in Donbas war while being on the payroll of the Russian Ministry of Defense. In September 2016 InformNapalm intelligence volunteer community published an investigation titled Hacktivists exposed a sailor of Russian Northern Fleet fighting in Donbas. Here, we preserved the author’s style of Sean Townsend. 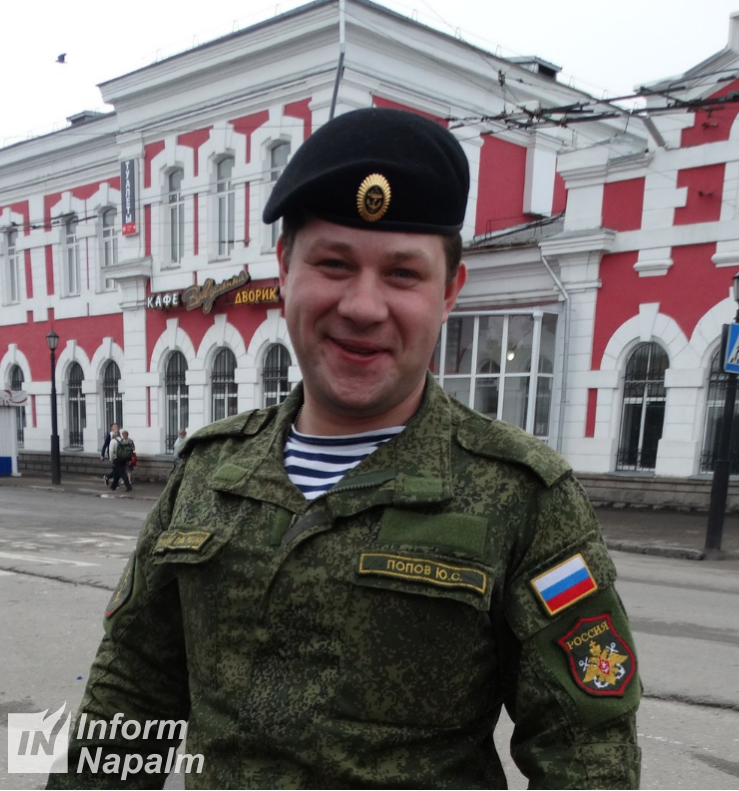 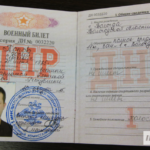 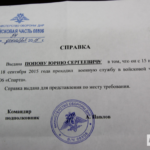 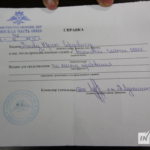 “That’s what I thought – Trurl said. – It t was, my dear, quite simple: as soon as IT accepted the first paper and signed in the incoming correspondence log, it was caught. I used the B-machine because nobody ever can defeat it!”

Having retrieved a payslip from the Russian Defense Ministry and a filled application form of the Union of Donbass Volunteers of the Russian serviceman Yuri Popov issued by Donetsk People’s Republic (DPR), I though that I need to know what Russian Federation makes of it. I took the official way. There are certain tricks to control the B-machine (B stands for BUREAUCRACY) which will be discussed here.

By no means should one play cossacks from famous Ilya Repin’s painting [Ed.: wiki] and write letters to Putin starting with “You, dickhead, the devil of Russia and damned devil’s kith and kin…” Such inquiries will be ignored in full compliance with the Federal Law 59-FZ. Pamphlets full of noble indignation will not yield any results too. The agency will reply that political decisions are not in their area of responsibility and will refer you to Lavrov, the “talking horse” or just send you to hell in its official language. So we selected our recipients carefully.

Since it is all about military personnel, I wrote to the minister of Defense, Sergei Shoigu. And since it is about crossing the border and joining an illegal armed group, we copied this to the director of the Federal Security Service (FSB) Alexander Bortnikov. The topic should be brief, clear and stated right at the top of the letter: “Mr. Minister, Mr. Director, I should like to make you aware of a flagrant case of desertion.” This is followed by facts and then as an annex the documents are attached. We go to the Internet-reception and send this. 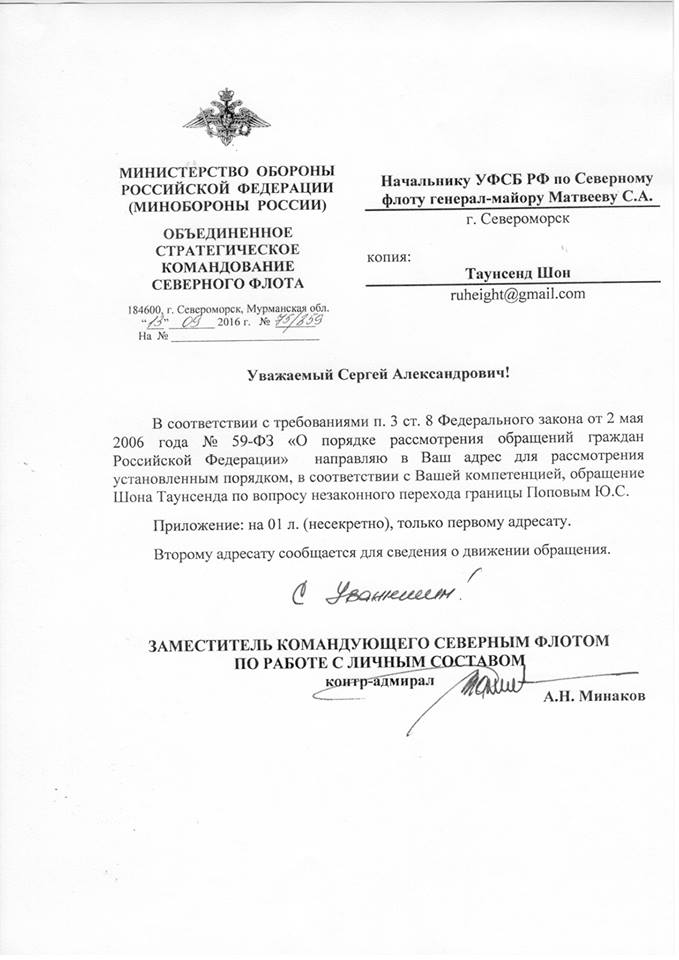 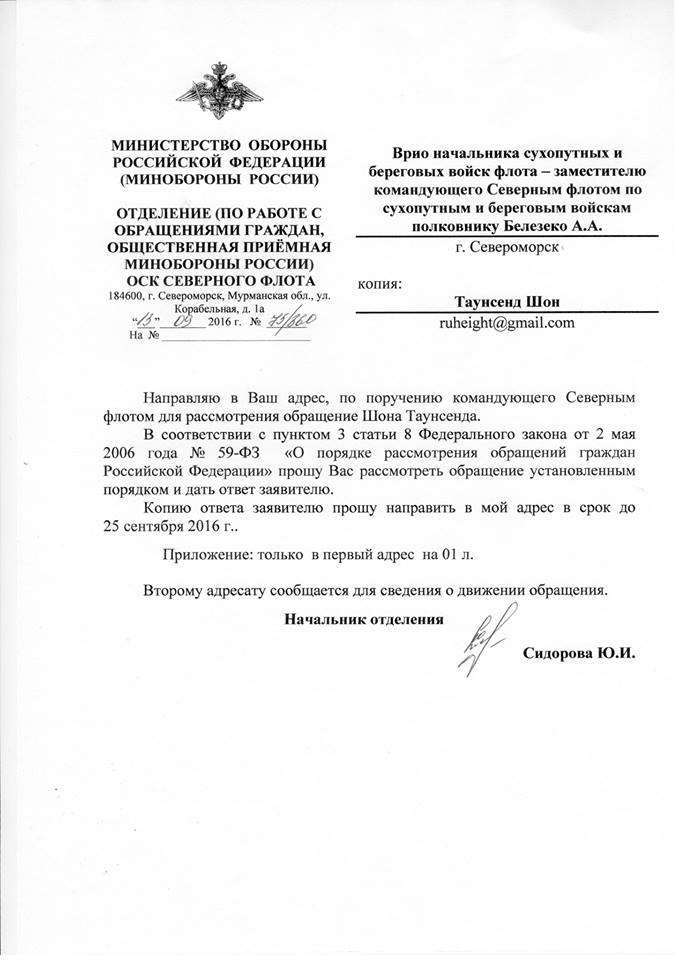 And it works! Although the FSB did not respond, the Defense Ministry happily swallowed the bait and launched the process on the case. They did not doubt the authenticity of the facts and did not hesitate to to invest time into our inquiry. The involved officers were vice-commander the Russian Northern Fleet on land-based and coastal troops Colonel Belezeko, the vice-commander on human resources, rear-admiral Minakov, the head of the department of Federal Security Service in the Northern Fleet, major-general Matveev. Can you imagine what a royal kick in the butt can the army hierarchy get from a rear-admiral and a major-general? Anybody, from private to colonel inclusive. Mischief managed!

And finally we got the answer: “In the course of consideration of the application it was found that the information you are requesting has been classified as Secret” 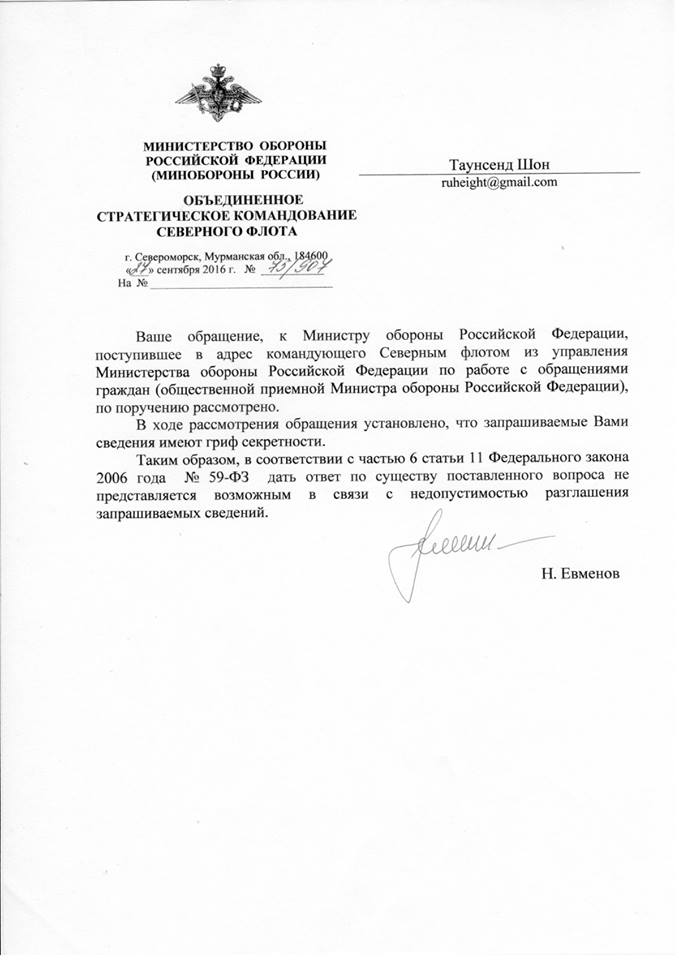 – So what? – you may ask. Just a usual bureaucratic excuse! And you will be wrong.

If we had got our facts wrong the high-ranking officials of the Defense Ministry and the FSB would have referred to the error and kept sipping coffee with cognac. But our reply means that the sailor Yuri Popov does exist. He serves at the base 74777 on the edge of the inhabited universe and receives his salary there. Yuri Popov did fight in Donbas assigned to the “base” 08806 (Sparta gang). He did not quit service or desert, as I suggested in my appeal. In the first case they would have replied that this soldier is no longer serving in the ranks of the Armed Forces. In the second they would have said that the measures have been taken and that information is not disclosed due to investigatory privilege. But the response reads “classified as Secret”. So what?

Conclusion. Apparently, there is a secret order (nothing in the army is done without orders) about sending Russian troops to serve in the separatist “military units” in Donbas. Given the scale and international nature of the undertaking, such an order could have been given only by the supreme commander of the Russian Federation, Vladimir Putin that is. Bingo! I learned everything I wanted and got it documented by the Ministry of Defense of the Russian Federation. Thank you for your service. P.S. Document attached. Will be useful later. For the Hague.