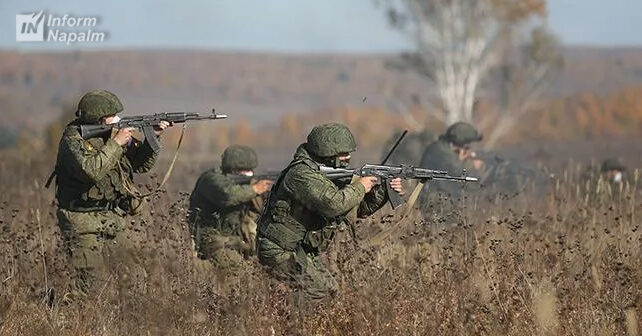 From September 10 to 16, the active phase of the large-scale military maneuvers Zapad-2021 was held on nine Russian and five Belarusian military training ranges. According to official data, up to 2,500 servicemen of the Russian Armed Forces with military equipment were redeployed to Belarus to participate in these exercises. InformNapalm Belarus volunteers conducted their own monitoring and found that the number of Russian servicemen was probably underestimated in the official data. The Russian “elections” helped determine how many military men from the Russian Federation actually arrived in Belarus at the time of Zapad-2021 exercises.

In July 2020 and September 2021, two election campaigns were held in Russia. Citizens of the Russian Federation who were in Belarus at that time also took part in the voting. The comparison of the number of votes registered in Belarus in 2020 and in 2021 made it possible to assume how many Russian military personnel arrived in Belarus on the back of Zapad-2021 exercises.

On July 1, 2020, during the voting on amendments to the Russian Constitution, there were six polling stations, located in Minsk, Brest, Homyel, Mahilyow, Astravyets and Hantsavichy (the location of the Volga radar station and a Russian military contingent, according to the SOFA between Belarus and Russia). Then a total of 7606 Russian citizens voted in Belarus, distributed as follows: Minsk – 2609; Brest – 1020; Homyel – 424; Mahilyow – 335; Astravyets – 2658; Hantsavichy (Kletsk-2) – 560 (web archive).

On September 17-19, 2021, during the voting in the elections to the Russian State Duma, nine polling stations were involved: in Minsk, Brest, Hrodna, Viciebsk, Homyel, Mahilyow, Babruisk, Astravyets and Hantsavichy. Moreover, the Russian Embassy named only eight of them, leaving out the Hantsavichy station (web archive). 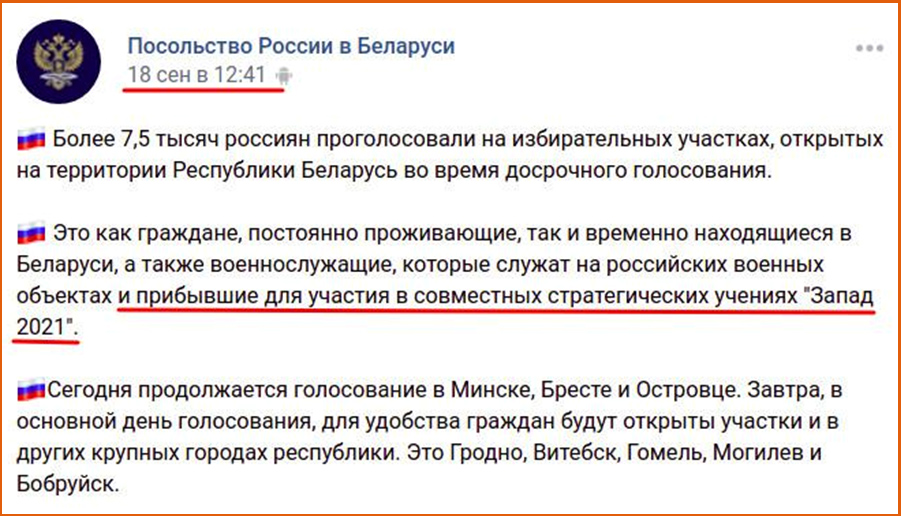 According to the press service of the Russian embassy on September 19, over 11 thousand people cast their votes. 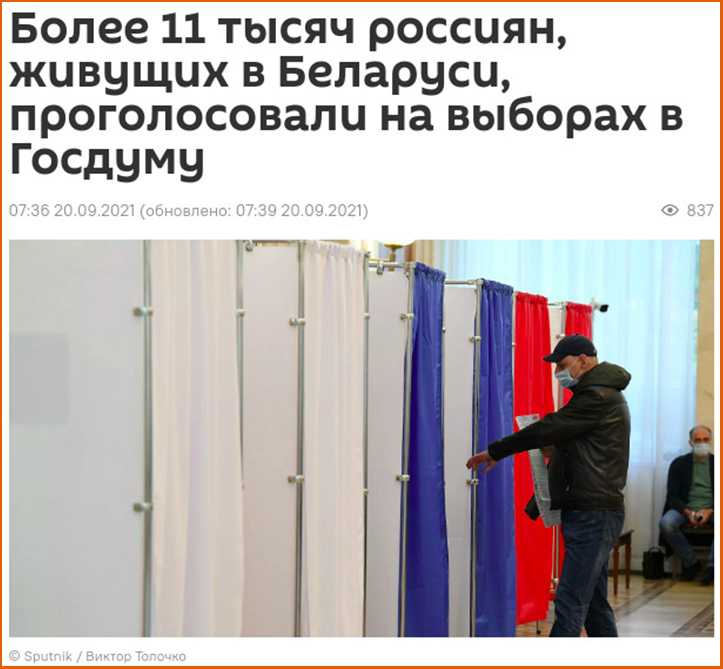 According to the Russian Central Election Commission, the number of voters was as follows: 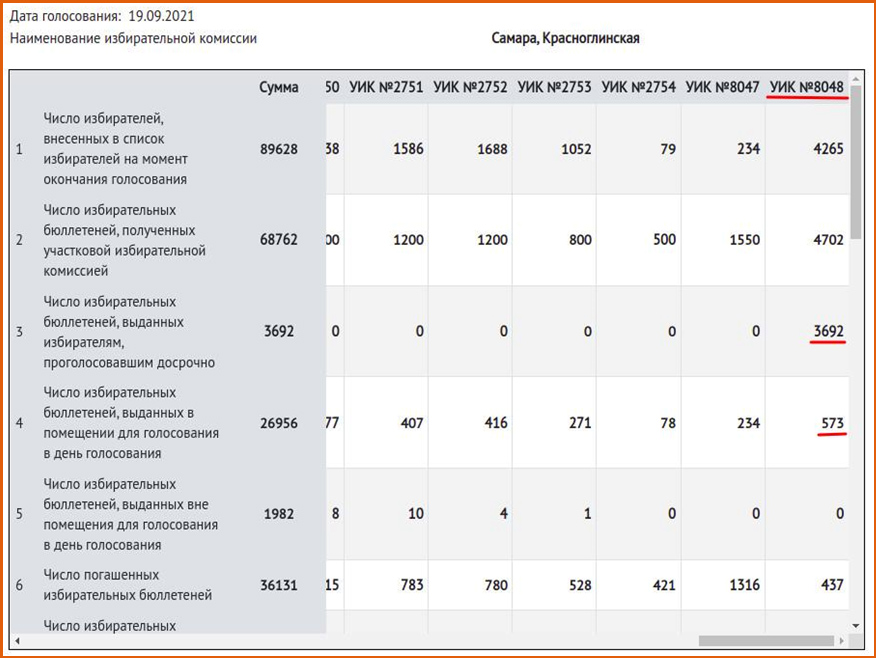 The total number of voters, according to these figures, makes 11,093 people.

As can be seen from the table, the figures have increased significantly year on year in two cities – Brest and Hantsavichy. In Brest, the number of Russian citizens who voted increased by 684 people, whereas in Hantsavichy, the location of the Russian military facility, by as much as 3,705 people.

This sharp increase apparently indicates that the bulk of the military personnel who arrived in Belarus for the Zapad-2021 exercise cast their votes at Hantsavichy polling station. Thus, it means that the numbers of these military personnel most probably significantly exceed those officially announced by Russia.

Before the start of the exercises, the Russian Defense Ministry reported that up to 2,500 Russian soldiers would arrive in Belarus (web archive).

However, the real figure, according to these findings, may vary in the range from 3700 to 4300 people.

The number of servicemen could have been deliberately underestimated by the Russian Defense Ministry, as the purpose of the arrival of some of them was not the participation in the exercise, but in the forming of a Russian military base in Belarus under the guise of a “training and combat center”.

Monitoring Service of the Belarusian editorial team of InformNapalm

The OSINT investigation was prepared by the monitoring service of the Belarusian editorial team of InformNapalminternational volunteer community. Translated by Artem Velichko. Distribution and reprint with active link to the source is welcome! (Creative Commons — Attribution 4.0 International — CC BY 4.0) InformNapalm social media pages: Facebook / Twitter / Telegram