Russian military attack on the Czech territory: details, implications and next steps 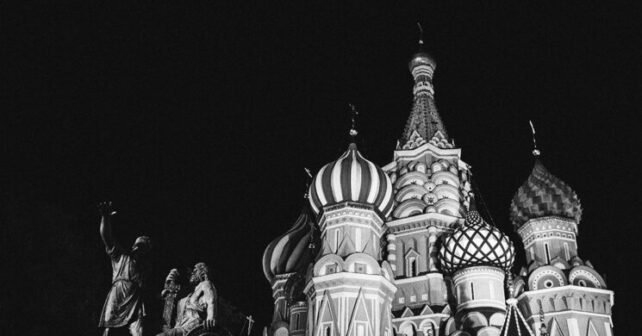 Article is prepared by European Values Center for Security Policy. Authors: Kremlin Watch Team. European Values Center for Security Policy is a non-governmental, non-partisan institute defending freedom and sovereignty. Center protects liberal democracy, the rule of law, and the transatlantic alliance of the Czech Republic. Helps to defend Europe especially from the malign influences of Russia, China, and Islamic extremists.

On Saturday, 17th April 2021, the Czech Prime Minister Andrej Babiš and the interim Minister of Foreign Affairs Jan Hamáček convened a press conference to announce that Russia’s military intelligence service GRU was involved in an explosion of the Czech ammunition depot in Vrbětice in 2014. In response to that, the Czech Republic has expelled 18 Russian intelligence officers from the Russian Embassy in Prague.

What happened in Vrbětice in 2014

In 2014, a series of explosions devastated ammunition depot in Vrbětice in the Eastern part of the Czech Republic.  The first of the explosions on October 16th, 2014 and the subsequent fire destroyed a warehouse that contained 58 tons of ammunition. Two civilians died during the explosion. The second explosion on December 3rd, 2014 destroyed additional 98 tons of material. Both warehouses were leased from the Army of the Czech Republic by a private company Imex Group from Ostrava.

The involvement of the GRU according to the Czech security institutions

Respekt magazine reported that on October 13th, 2014, two GRU officer from the 29155 unit flew by Aeroflot from Moscow to Prague. They left on October 16th, 2014 to Austria and then flew back to Moscow. Both of them used GRU-issued passports with fake names: Ruslan Boshirov (real name: Anatoliy Chepiga) and Alexander Petrov (real name: Alexander Mishkin). Both of those passports were later used for entering the United Kingdom to attempt to poison Sergei Skripal and his daughter. 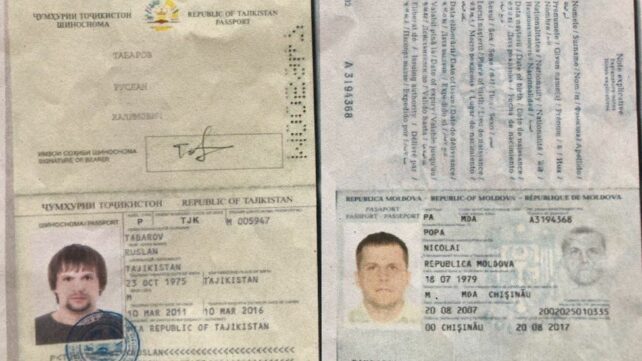 The two GRU intelligence officers used a cover as visitors of the ammunition depot in Vrbětice. They registered with an e-mail with no metadata and fake passports (different to the ones used for entering the Czech Republic). They received entry cards for the depot for a period of 13-17th October 2014. The first explosion took place on 16th October, 9:25 AM.

Czech security sources confirmed that the two GRU officers were accompanied by another officer from the same unit. According to Bellingcat, several more members of unit 21955, including their management team, came to the Czech Republic at the same time. Belingcat, together with Respekt magazine, claim that at least six GRU intelligence officers participated in the operation. Both Mishkin and Chepiga were later awarded “Heroes of Russia” by Vladimir Putin in late 2014 or early 2015.

According to the Czech Police, weapons were being moved from the facility to be sold to a Bulgarian arms dealer during their visit. Those weapons were supposed to be sold to the Ukrainian army later on. Sources say that the Bulgarian arms dealer was Emilian Gebrev, whom the GRU attempted to assassinate in 2015 in Sofia. Media speculate that some of the destroyed weapons may have eventually be sold to Ukraine or Syria. Czech Police thinks that the ammunition explosions were supposed to happen outside of the Czech territory, but something went wrong.

The police investigation was suspended in 2015 but re-opened in 2018 after the GRU officers using the same fake passports tried to assassinate Sergei Skripal in the United Kingdom. On April 17th, 2021 the Czech Police launched a search for the two GRU officials.

The Attorney General Pavel Zeman said on Monday, April 19th 2021, that the law enforcement agencies are working with the version that the target of the attack in Vrbětice was the material intended for transport to Bulgaria and that the explosions were not supposed to take place in the Czech Republic. He also confirmed that there were two people registered as visitors to the warehouse on the day of the explosion, who used false identities of the citizens of Moldova and Tajikistan. The two people arrived in the Czech Republic using Russian cover documents and stayed in Prague and Ostrava. Based on forensic research, they were identified with the Salisbury attackers.

The nature of the Russian attack

The facts summarized above clearly demonstrate that the Russian Federation has conducted a military attack on the territory of the Czech Republic. The two (or potentially more) culprits are officers of the military intelligence service GRU which is subordinate to the Russian General Staff. 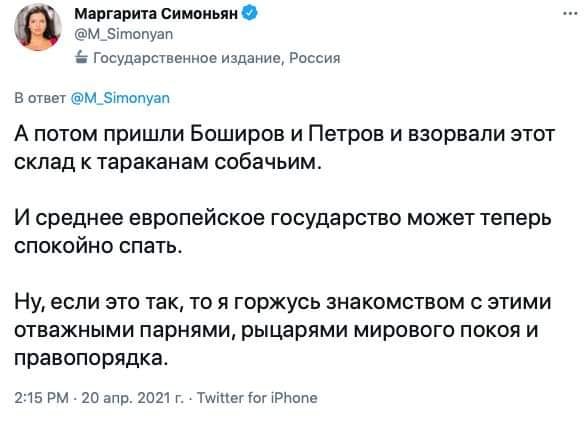 Response of the Czech Republic

In response to the expulsion of 18 Russian intelligence officers with diplomatic cover, the Russian Federation has asymmetrically expelled 20 Czech diplomats from Russia, including the Deputy Ambassador. They only received 24 hours to leave the country.

On Monday, 19th April 2021, after the meeting of the EU’s Foreign Affairs Council, the Minister of Foreign Affairs Jan Hamáček claimed that he asked the EU Member States to express solidarity with the Czech expulsion of Russian diplomats, however, the EU’s High Representative for Foreign Affairs Josep Borell said that the Czech Republic did not ask for a coordinated approach.

During a press conference on Monday, April 19th 2021, Prime Minister Andrej Babiš said that the incident does not qualify as an act of state terrorism. This claim has been quickly taken over by Russian mouthpieces, including the state-sponsored RT channel. He later backtracked his statement and apologized for it.

From the legal point of view, the operation indeed cannot be qualified as an act of terrorism based on Czech law. However, this debate merely distracts from the real problem, that Russian military intelligence officers conducted a military attack on the territory of a NATO member state, during which two Czech citizens were killed, and therefore grossly disrupted the sovereignty of the Czech Republic.

For various reasons, the investigation should also focus on the questions of what the strategic aim and intention of the attack were, but the fact that the Russian Federation considered a military attack on the territory of the Czech Republic a suitable tool to fulfil any goal is absolutely unacceptable.

The Senate Security Committee approved a draft resolution regarding the incident, in which they support the expulsion of 18 Russian intelligence officers and consider the expulsion of 20 Czech diplomats an escalation from the Russian side. In the draft resolution, the Senate Security Committee called on the government to ask our partners and allies from EU and NATO for support, to terminate the Agreement on Friendship and Cooperation between the Czech Republic and the Russian Federation and to not address actors from the Russian Federation in connection with the preparation of the construction of a nuclear power plant or other elements of critical infrastructure. The draft resolution will have to be approved by the Senate on Wednesday, 21st April 2021. 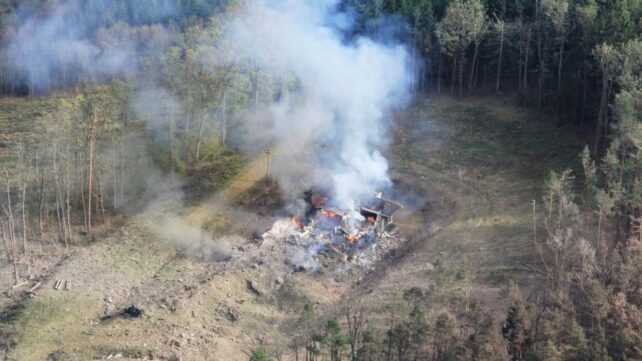 The Czech President systematically pressures the Czech government to invite Russian state company Rosatom into a tender for building a second reactor at the Dukovany power plant. The recent developments are expected to cause major public pressure to exclude Rosatom from the tender.

On Wednesday, 21st April 2021, Czech Police arrested 10+ Czech citizen who were working under command of GRU, many of them travelled to Donbas to engage in terorrism against Ukraine. This shows that Russia organised a network of Czech terrorists on Czech territory.

European Values Centre for Security Policy has asked the Czech Foreign Ministry for the information on the official numbers of Czech-Russian diplomatic presence as of April 20th, 2021:

IN TOTAL: Russia now has 2.9 times more individuals with diplomatic immunity in Czechia than the Czech Republic has in Russia (111:38). Before this, it was 2.2 times more (129:58), so the disparity increased in favour of Russia.

DIPLOMATS: Russia now has 3.4 times more diplomats in Czechia than the Czech Republic has in Russia (34:10). Before this, it was 1.8 times more (48:26), so the disparity almost doubled in favour of Russia.

TECHNICAL STAFF WITH DIPLOMATIC IMMUNITY: Russia now has 2.8 times more technical staff with diplomatic immunity in Czechia than the Czech Republic has in Russia (77:28). Before this, it was 2.5 times more (81:32), so the disparity increased in favour of Russia.

RESULT: There is no parity. Russia now has a three-times larger diplomatic presence in the Czech Republic.

Based on the above-summarized facts, the European Values Centre for Security Policy recommends the following steps:

No Responses to “Russian military attack on the Czech territory: details, implications and next steps”