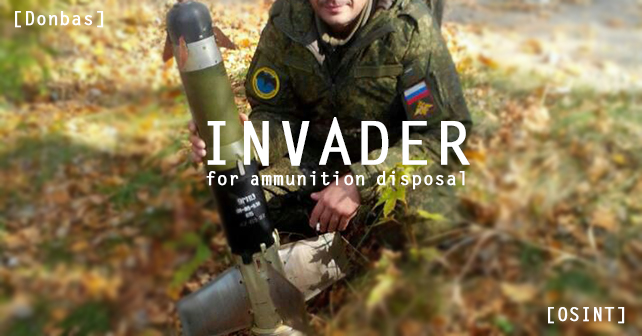 InformNapalm has identified another Russian occupier, a contract soldier from the 232nd Rocket Artillery Brigade, deployed to Donbas.

A new record regarding the 232nd Rocket Artillery Brigade of the Russian armed forces will be added to the database of information about Russian servicemen and evidence of their participation in the war in Ukraine on the side of combined Russian terrorist forces as a result of a new investigation by InformNapalm international intelligence community. A serviceman from this brigade was identified in Donbas.

Inform Napalm analyzed social media accounts of the so called ‘Aleksandr Lebed’ (the real last name is Yasinek). In the course of the analysis we gathered rather interesting details. 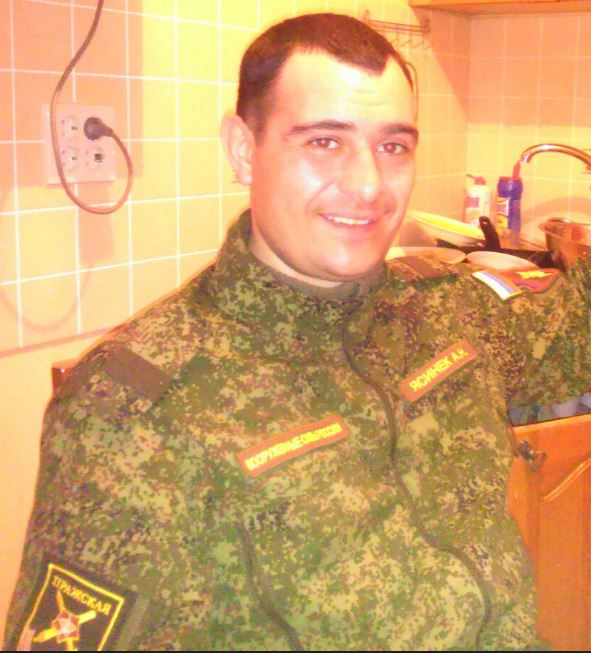 Record of service: He served a compulsory service in the 12th Separate Spetsnaz Brigade of GRU.  (military unit 25642, town of Asbest-12, Sverdlovsk Oblast, the Volga-Urals Military District) in 2000-2002. Then, he signed a contract and served in the 15 Separate Motorized Rifle Brigade  of the “peacekeeping forces” (military unit 90600, the Roshinski garrison, Volga District, Samara Oblast, the Central Military District). Presumably, Yasinek served in a reconnaissance battalion there. As a member of a task group from this brigade, Yasinek participated in the annexation of the Autonomous Republic of Crimea in early 2014. He was awarded a medal of the Ministry of Defense “For the Return of Crimea”, by the order of Defense Minister Shoigy #219 from April 17, 2014. His award certificate was signed by A. Nesterov, the chief of personnel of the Central Military District. Also, Yasinek was identified  during his Rostov-Ukraine deployment in fall of 2014, while he was still with the 15th Motorized Rifle Brigade. After the discharge and a year of civil life, in early 2016, Yasinek signed another 3-year contract and joined the 232nd Rocket Artillery Brigade  (military unit 31643, town of Shelokhov/village of Chistye Klyuchi, relocated to Kurgan Oblast, town of Shchuchie, village of Planovy, the Central Military District). In April 2016, Yasinek was sent to a military drill where he received a special training, including in playing a role of a “miner-fighter”, and then went to Donbas in late May 2016.

Pictures from the time of service in the 15th Motorized Rifle brigade, 2014. 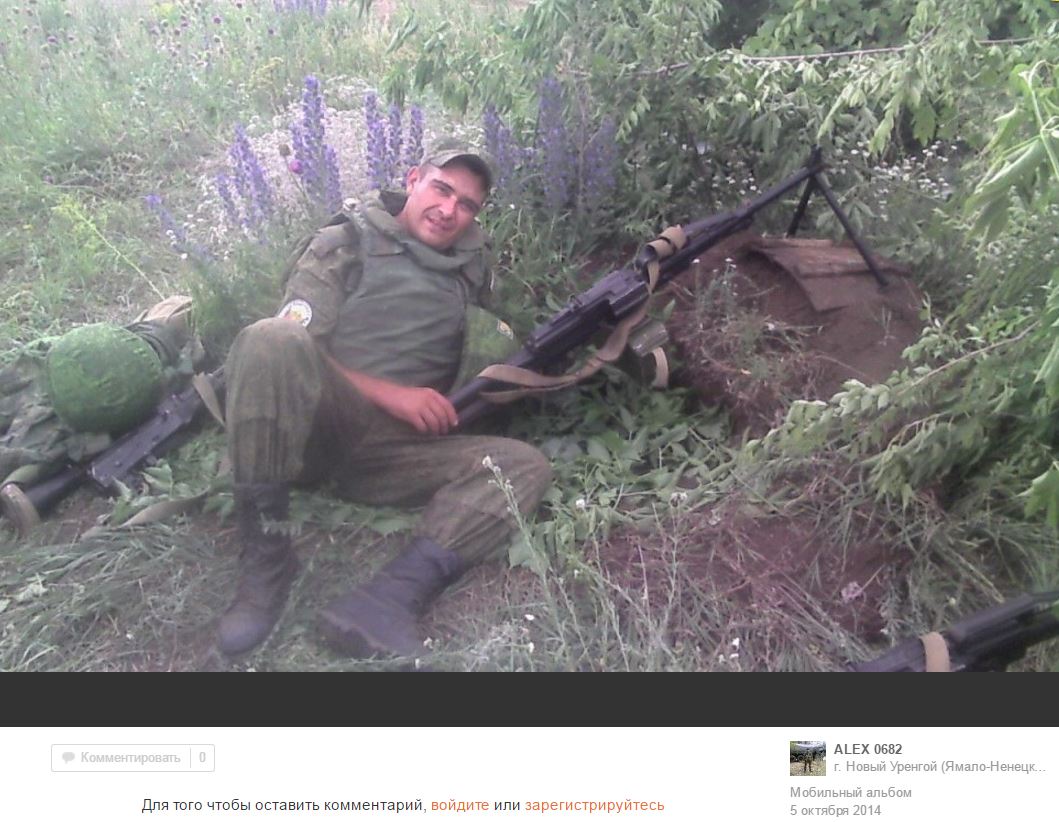 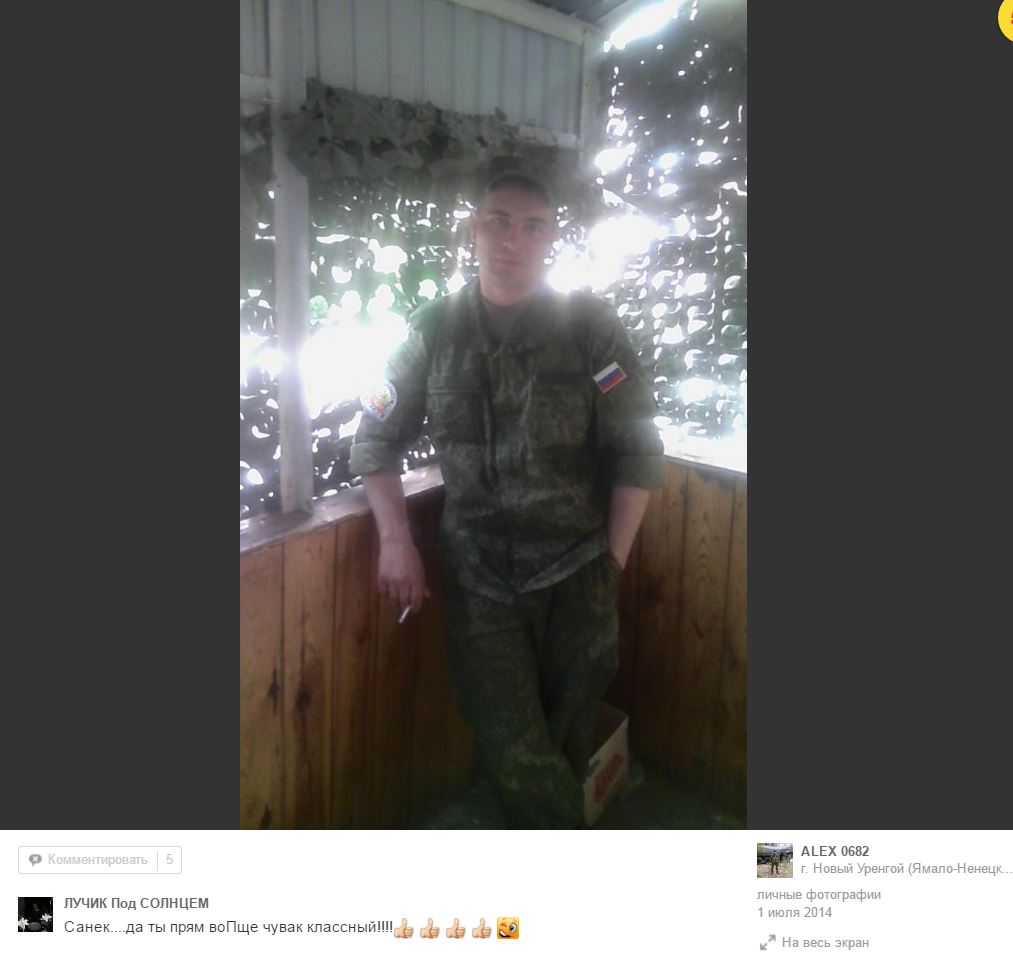 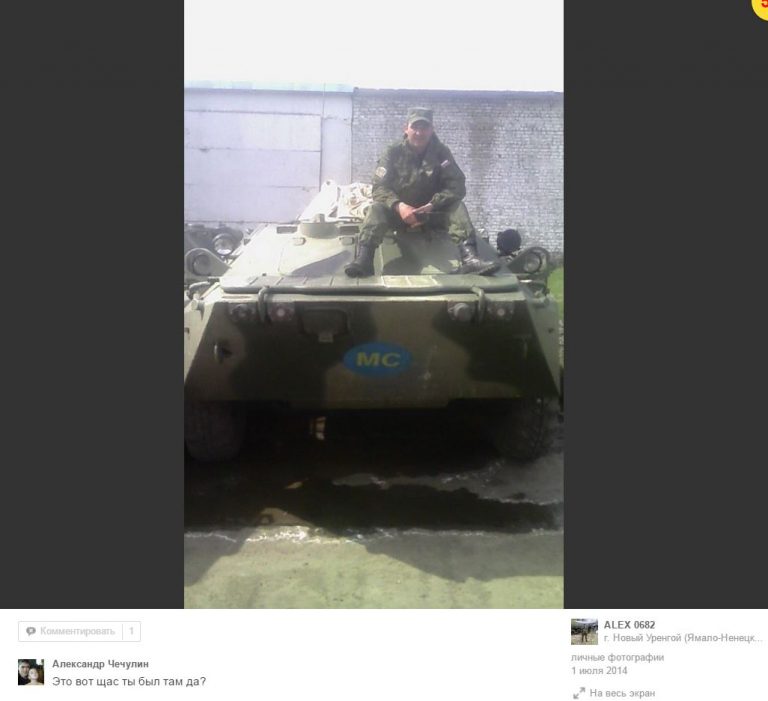 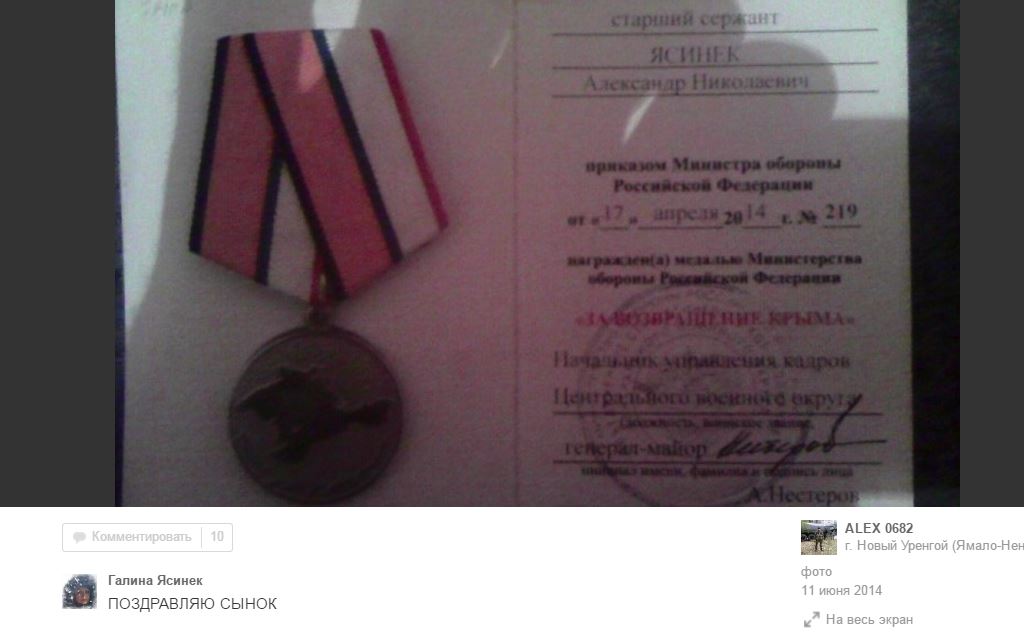 Pictures from the time of service in the 232nd Rocket Artillery Brigade, 2016 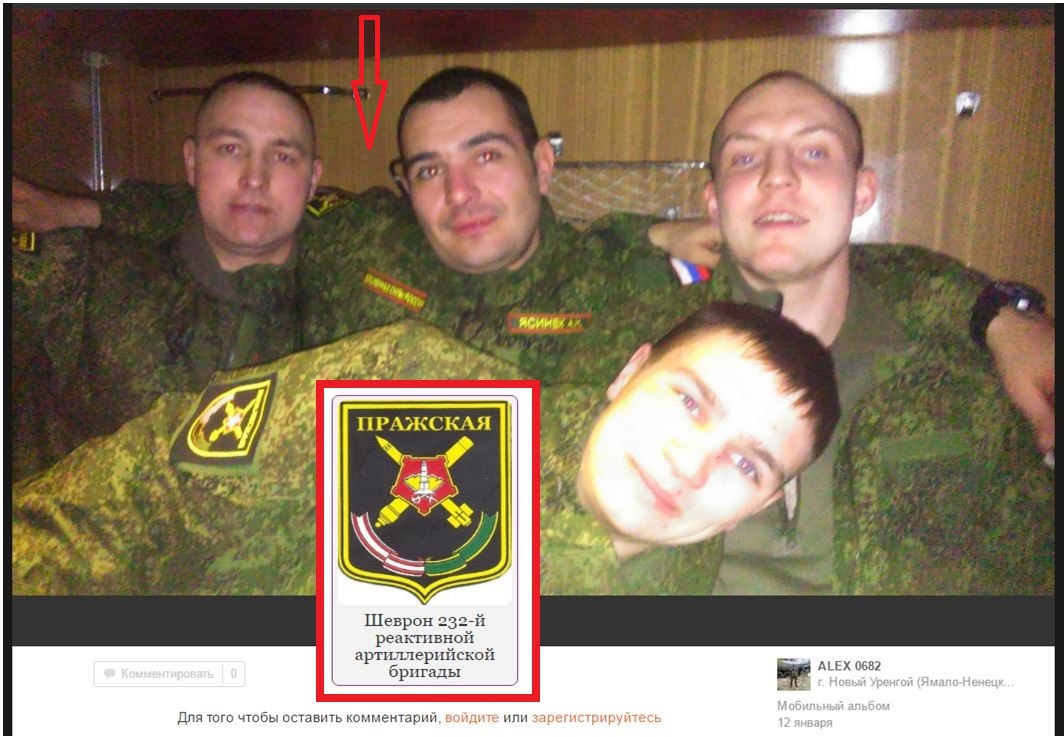 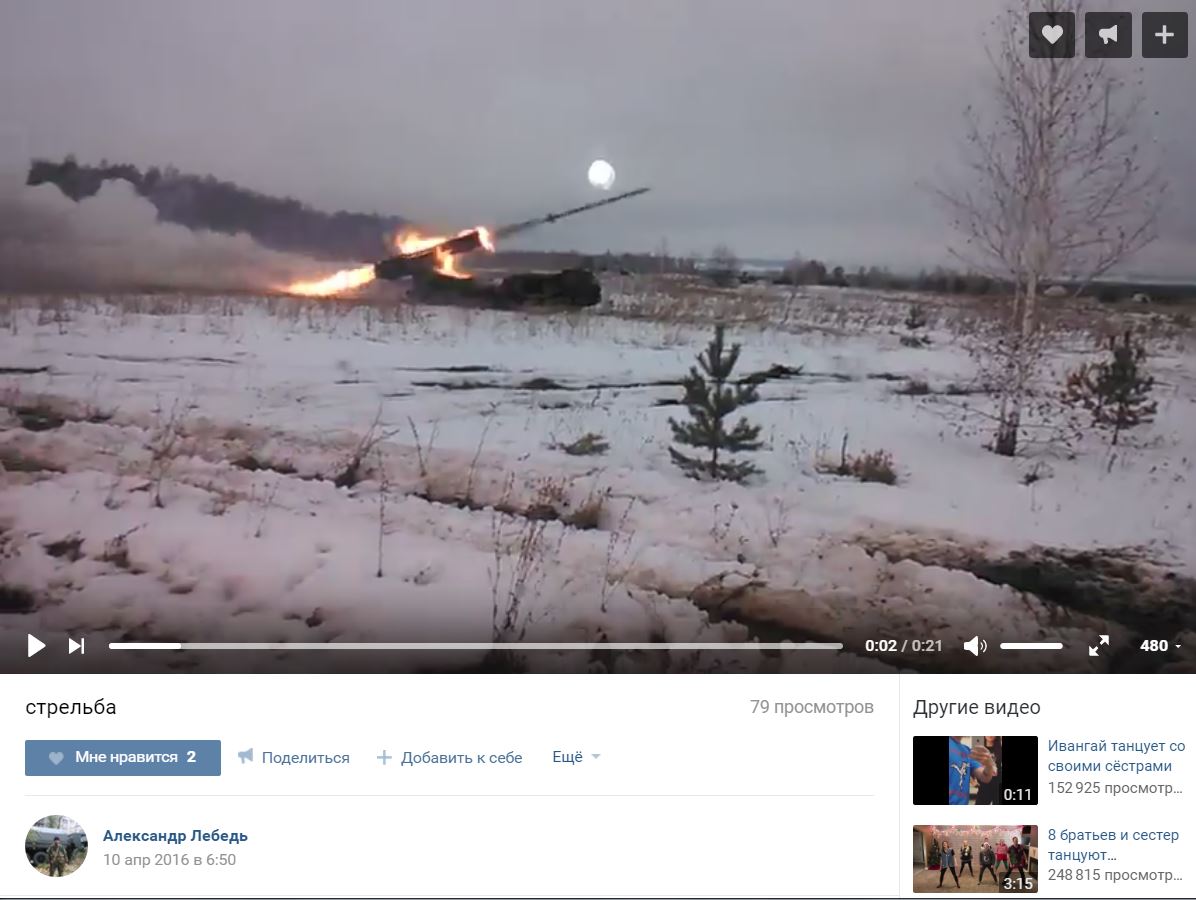 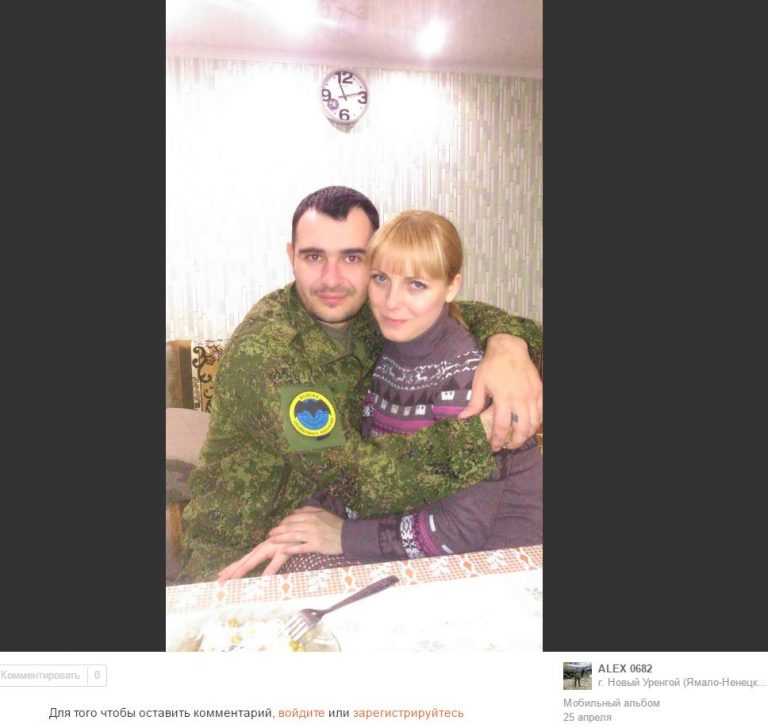 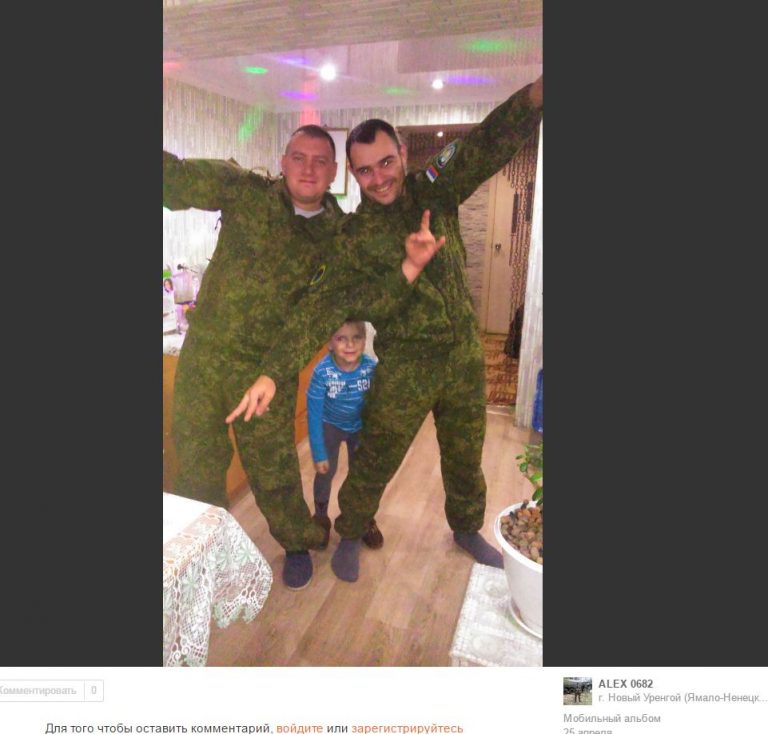 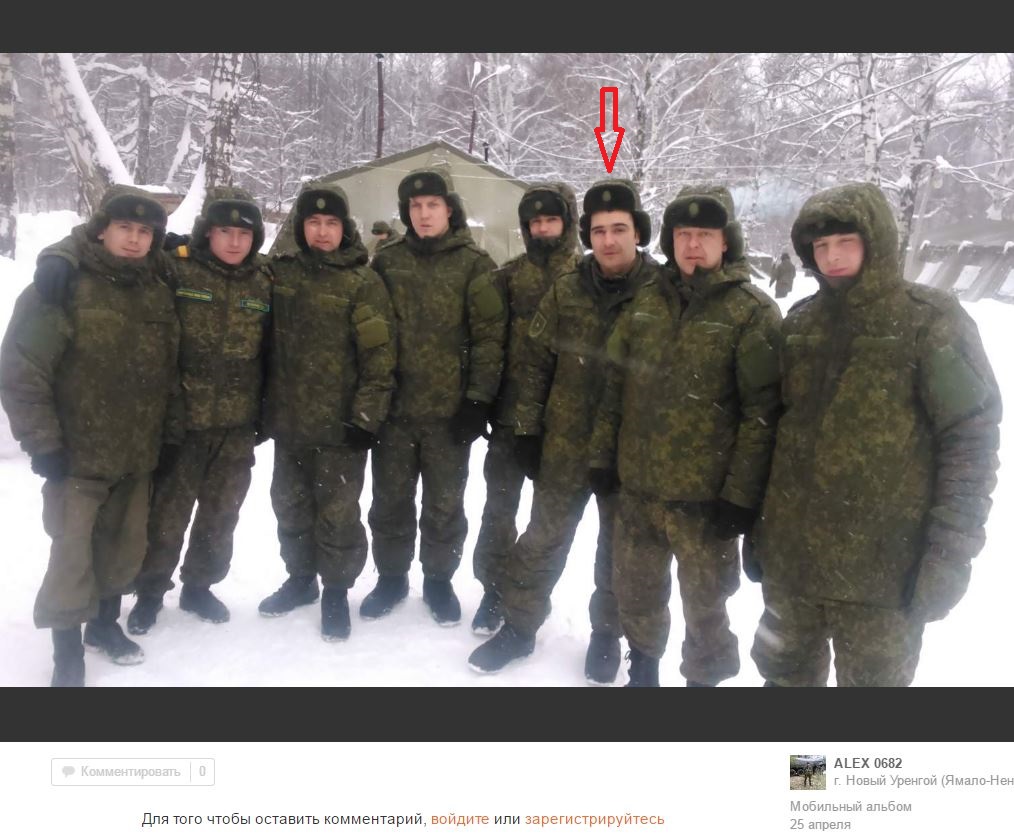 Pictures from the period of the Ukrainian deployment, 2016. 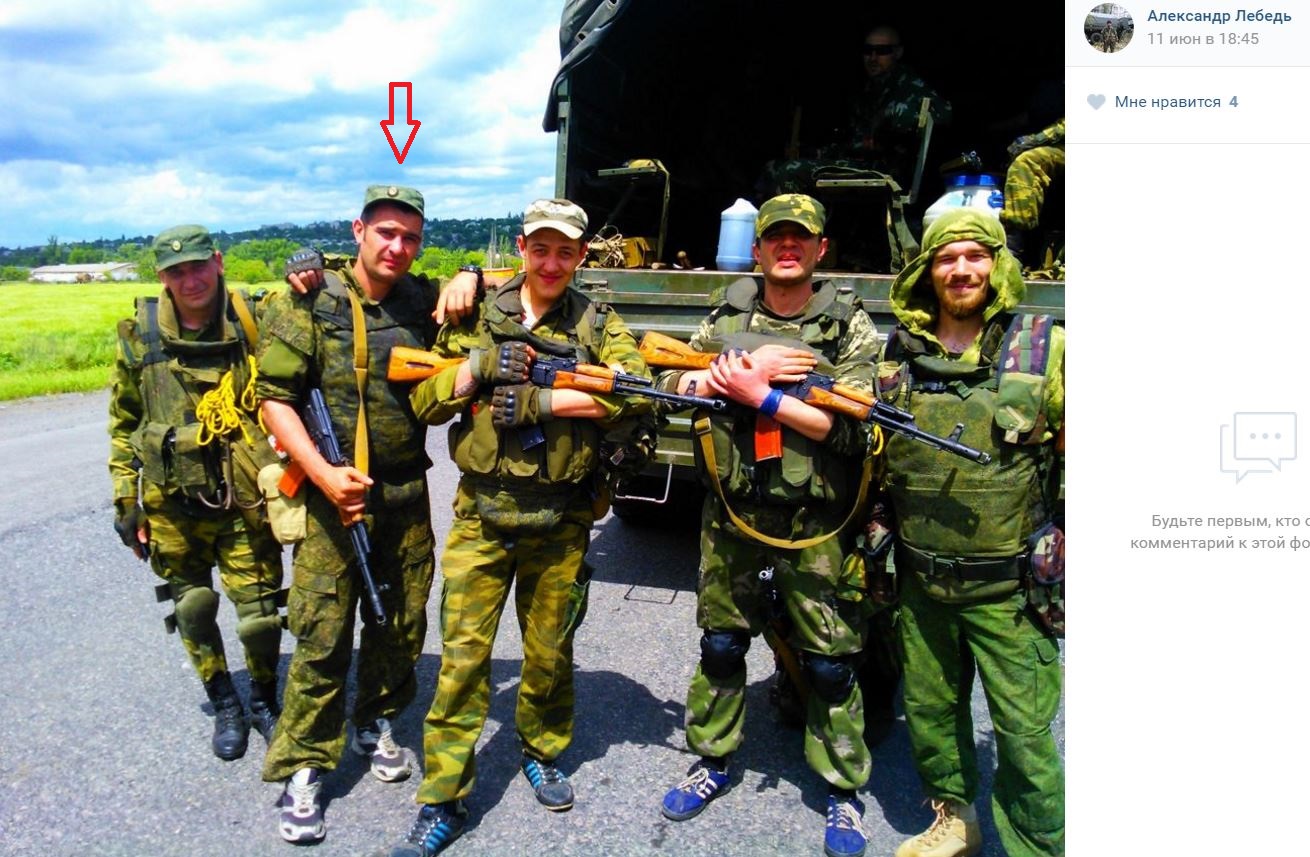 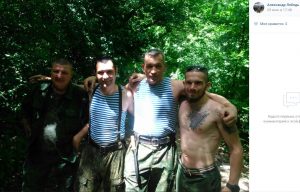 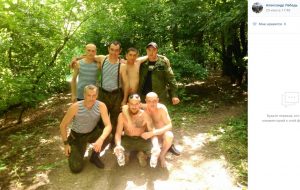 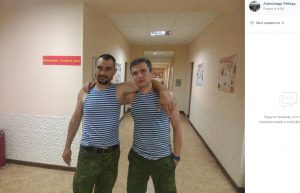 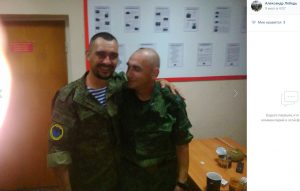 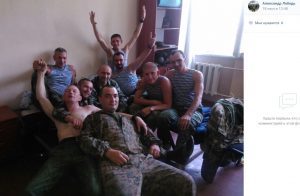 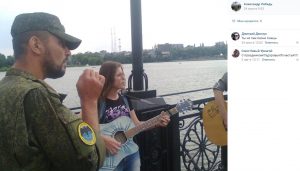 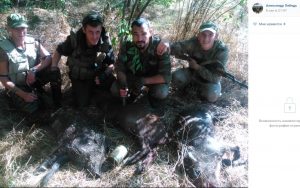 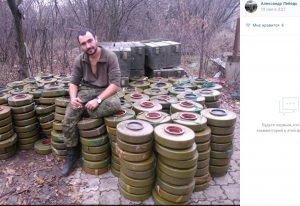 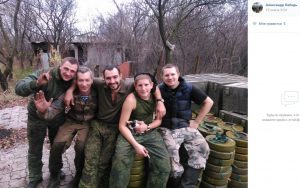 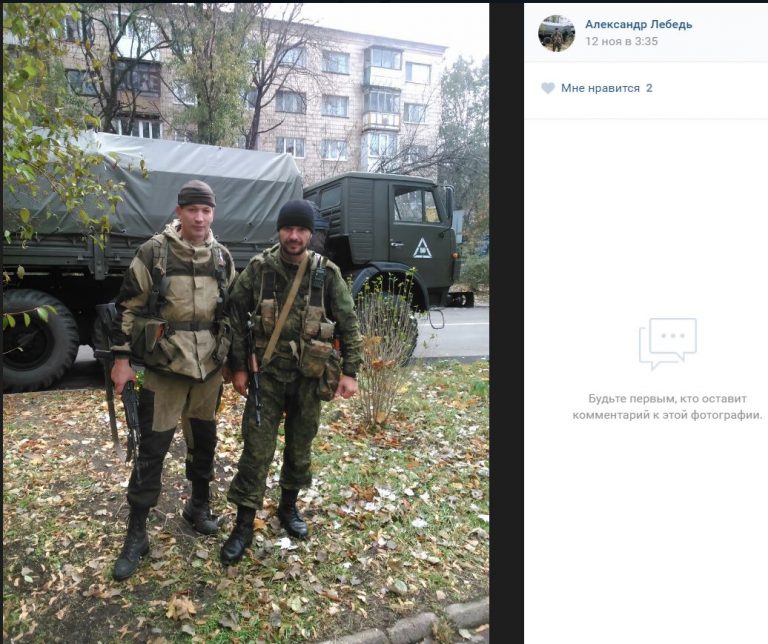 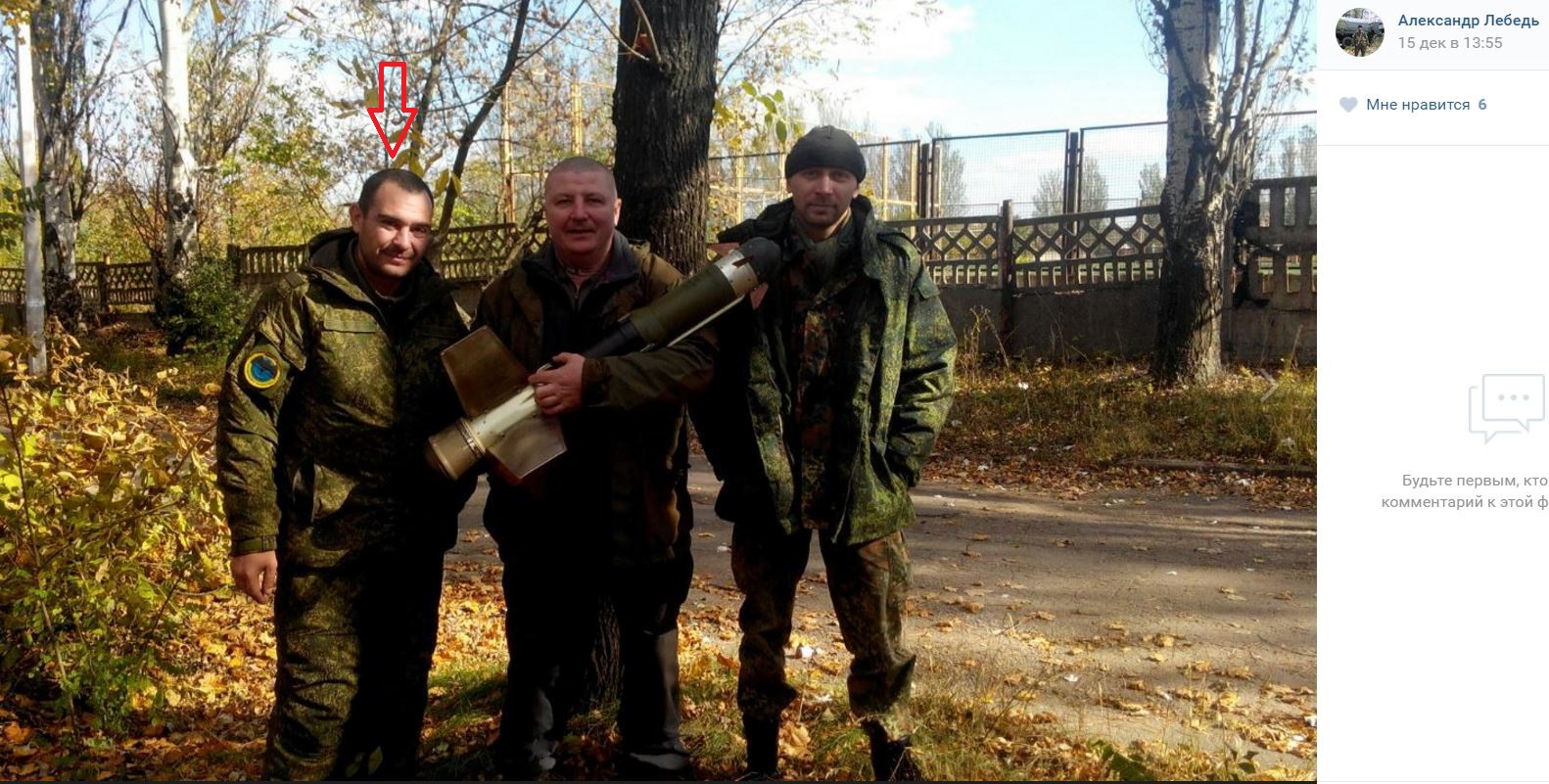 Also, there is a series of photos taken during Yasinek’s deployment to Ukraine that show his wife Yana  (archives of a profile, picture album, contacts) and his son Aleksandr (archive). The family came to Donbas to visit their father-occupier in autumn, 2016. There are pictures of them having fun in the Donetsk amusement park. 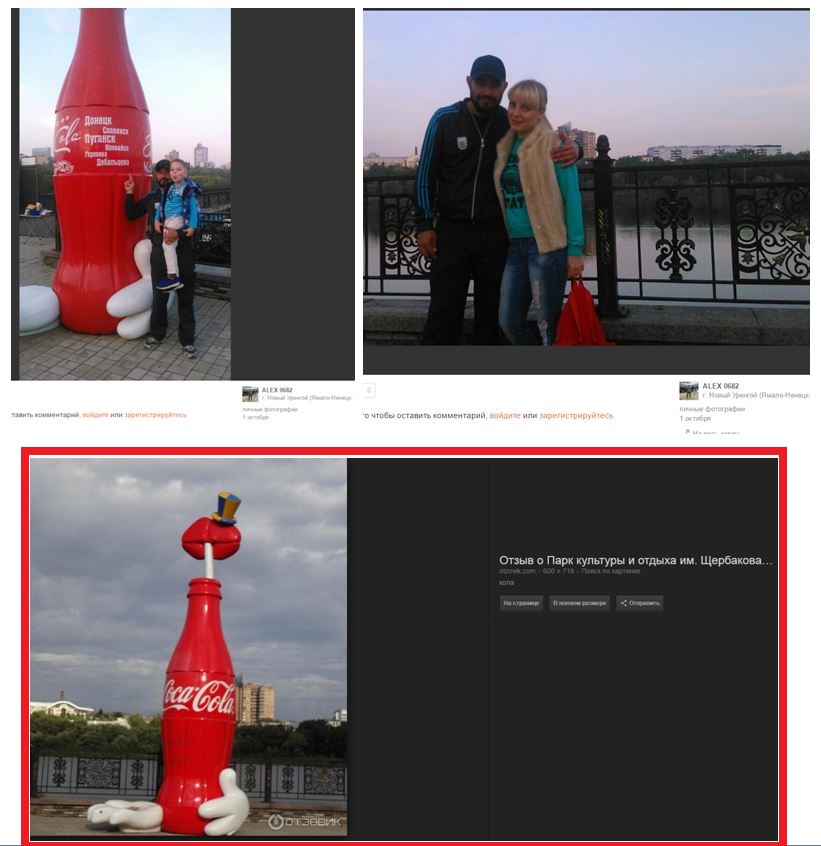 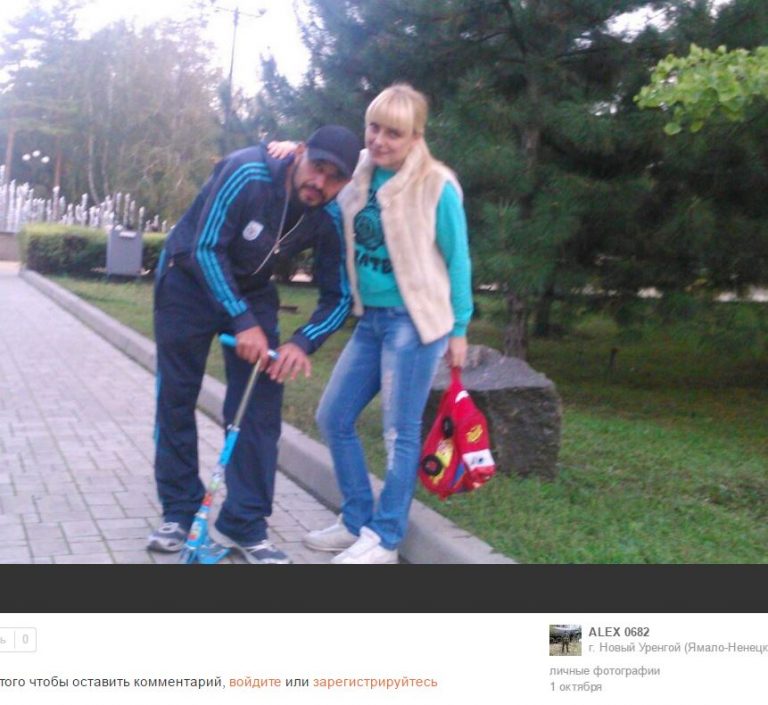 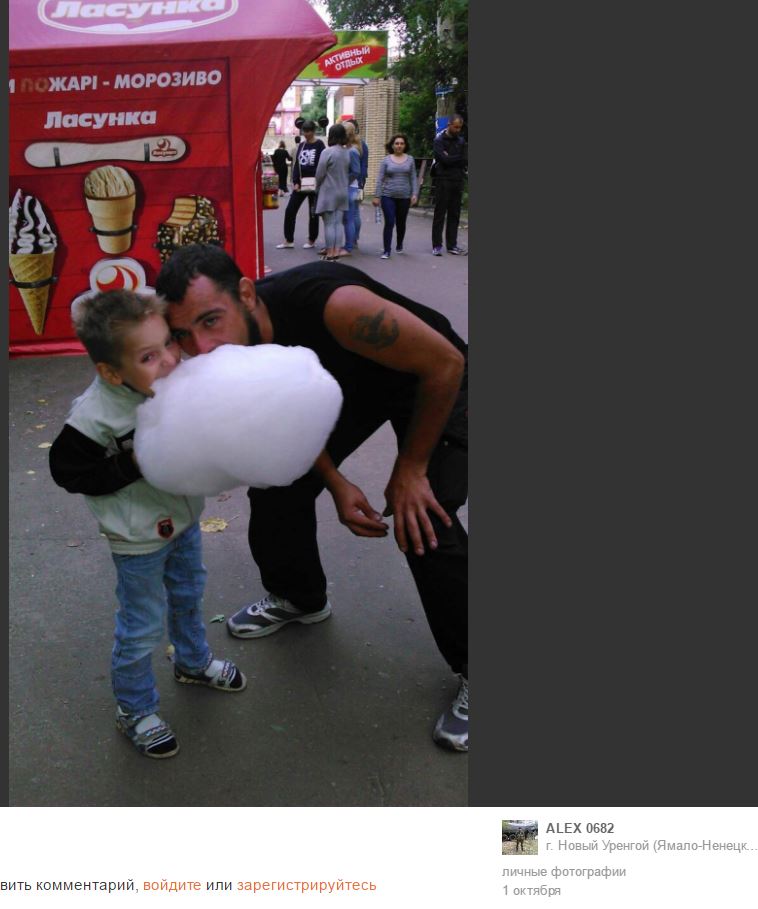 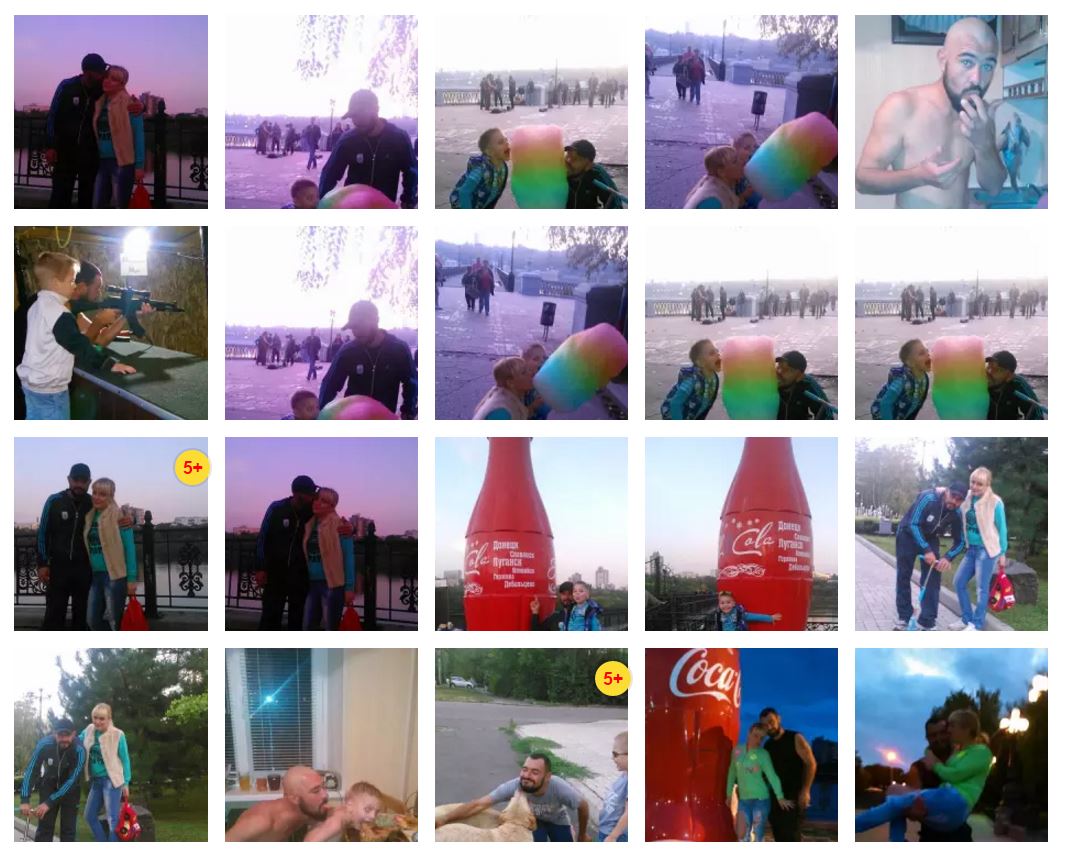 And finally, there is one more picture , uploaded on December 17, 2016, that shows A. Yasinek again wearing a Russian military uniform with the insignia of the 232nd Rocket Artillery brigade.

So, why did such an experienced soldier as A. Yasinek get specifically into the 232nd Rocket Artillery brigade after signing his second contract? That is a small military unit with a small personnel and no special tasks. The answer to this question was found on one of the online forums, which tells about this brigade in detail. It says: “At this time, the brigade  conducts maintains of the reserved equipment and disposal of ammunition”. It means the brigade personnel can easily be sent to long-term missions for “disposal of ammunition” in Donbas. We assume that this way the Russian Ministry of Defense legalizes combat deployments of its servicemen and their additional pay by writing it off as military drills and ammo disposal expenses based on the falsified orders. Russian servicemen get their combat pay when they are sent to Donbas to transfer military equipment, weapons and ammunition there, to train local military personnel and to facilitate interaction between Russian military and local illegal military units. In the case of A. Yasinek, he was sent to the so called engineer company of the Donetsk Corps of “Novorossiya”.

Note: A. Yasinek (Lebed) was previously added to the Purgatory database of Myrotvorets Center. However, there he is listed   as a former Russian serviceman and a militant of illegal armed groups, not as a Russian profession serviceman and a war criminal from the 15th Motorized Rifle Brigade who participated in the annexation of Crimea and later was sent to Donbas as a serviceman of the 232nd Rocket Artillery Brigade.

Note on the structure and armament of the 232nd Rocket Artillery Brigade. 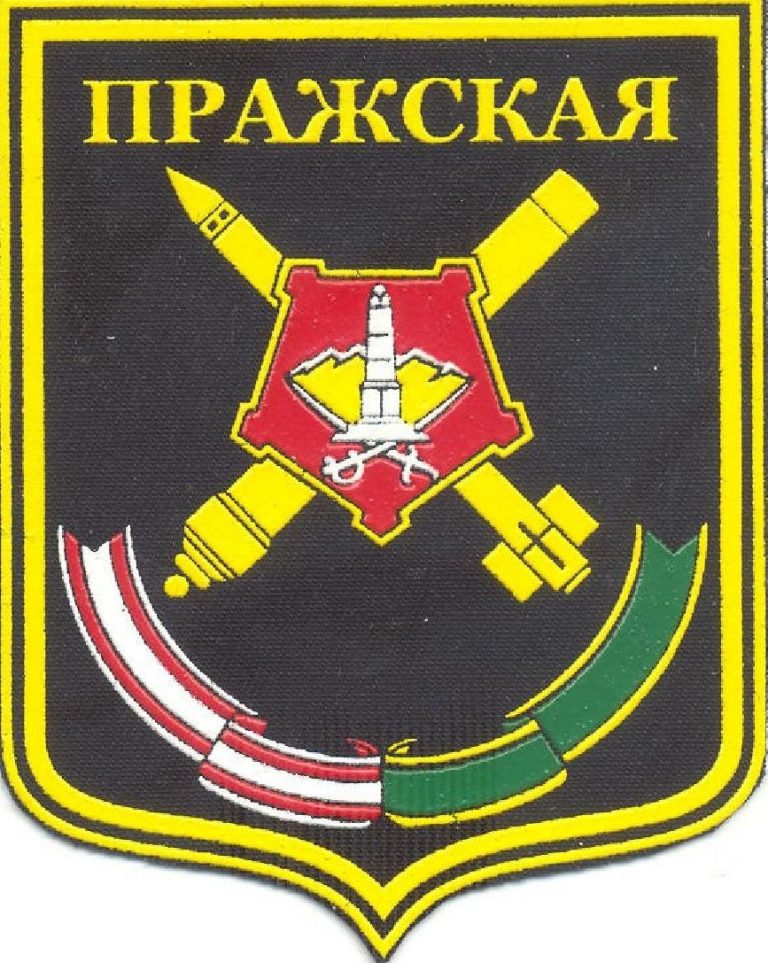 The 232nd Rocket Artillery Brigade has not been examined by InformNapalm before, however, a “combat record” of “peacekeepers” from Samara was mentioned in at least eight our investigations:

▪     Back to Basics-2: Another Evidence of Reincarnation of Russian Servicemen from DPR/LPR militants into “peacekeepers” 04.10.2014

The database of Russian professional servicemen and evidence of their participation in the war in Ukraine on the side of Russian-terrorist forces are available here: https://informnapalm.org/database.