Sergeant Tekuzhev and Major Epishin of the Russian 18th Brigade: after Crimea they were sent to Donbas 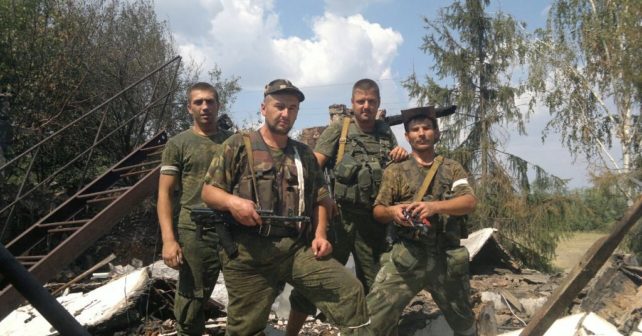 In November 2017, InformNapalm volunteer intelligence community obtained extracts from the command orders of several Russian military units featuring a total of more than 1,000 servicemen. All of them were deployed to combat missions related to the seizure of Crimea in March 2014. The lists contain full names, surnames and patronymics, ranks and positions of soldiers, sergeants and officers, as well as the period of their deployments.
The source electronic copies of documents have been provided to us by Ukrainian Cyber Alliance activists.

InformNapalm volunteers conduct additional verification of the source data through open source intelligence (OSINT), at the moment the lists have not been fully processed, but it is already possible to confirm their credibility. A full analytical report on the analysis of the available evidence, comparative and statistical data will be provided later.

It is noteworthy, that many of the investigation subjects from the “Crimean lists” were later also sent to take part in hostilities against Ukraine in Donbas.

In this publication we will provide evidence of the participation in the war against Ukraine of two contract servicemen from the 18th Motorized Rifle Brigade (MRB), military unit 27777, stationed in Khankala / Kalinovskaya, since 2017 ireorganized into the 71st Motorized Rifle Regiment of the 42nd Division, Southern Military District of the Russian Army. 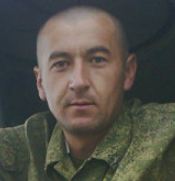 Date of birth: October 14, 1987. Born in Argun, Chechnya. As of 2014, he was in command of an automobile section of logistics platoon of the headquarters company of the 18th MRB. According to the extract from the order, as of 2014 he had the rank of sergeant major.

Tekuzhev’s photo album contains a series of images, uploaded on August 20-31, 2014. Of particular interest is the photo with the seized Humvee with a distinctive white strip and a sign of Ukrainian Airborne Forces. Also there are interesting photos, depicting him standing among armed men with white identification armbands which were widely used by Russian servicemen and mercenaries from Russian PMCs in Donbas.

Under one of the photos there was a following comment of Tekuzhev’s fellow serviceman: “With the company’s Che”. It helped us to establish the profile of an officer of the same unit, who also featured on the “Crimean lists”, and, judging by his profile, he also took part in the hostilities in Donbas. 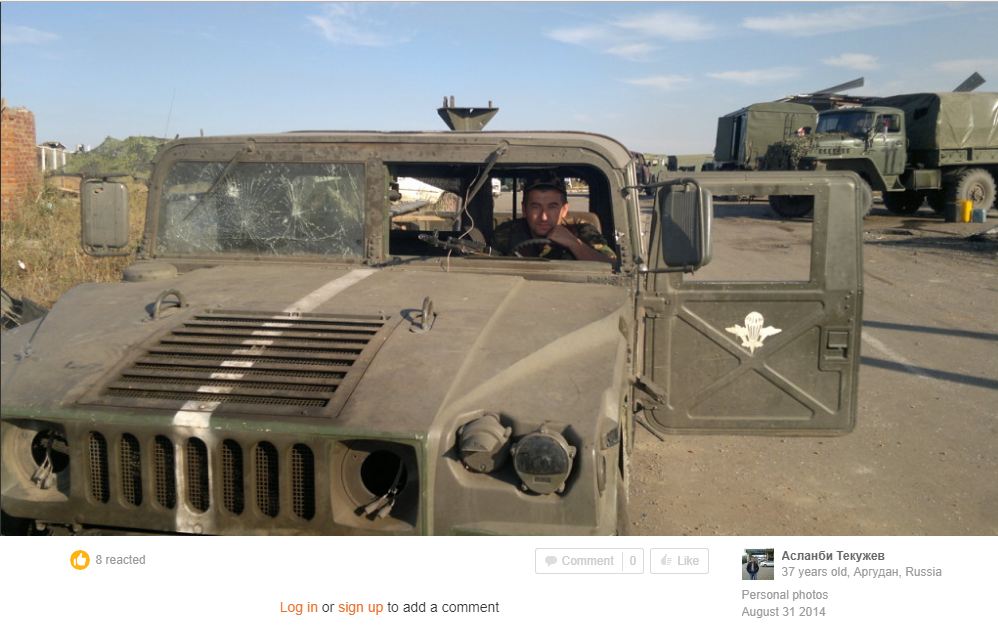 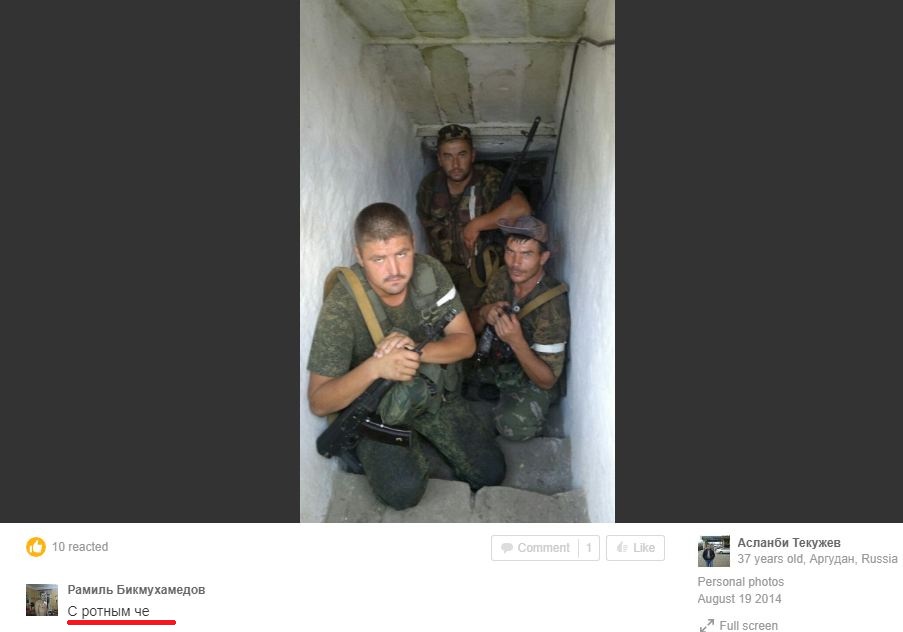 Moreover, the extracts from the orders and the social media profile are not the only evidence that Aslanbi Tekuzhev is a Russian contract military man. His data also appear in the appellate ruling of the Penal Chamber of the North Caucasian District Military Court No. 22A-291/2017 of August 10, 2017.
According to this open-access document, Tekuzhev was found guilty of fraud, specifically – of theft by deception. Using his duty status, Tekuzhev took from a fellow serviceman 4,000 rubles supposedly to purchase a battery for a staff car. However, Tekuzhev actually did not buy any battery, but just pocketed the money. 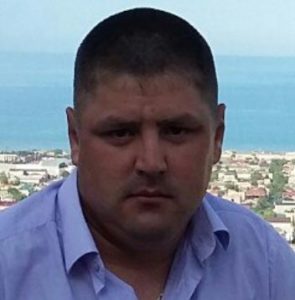 Date of birth: April 24, 1985. Born in Ulan-Ude, Buryatia. He is a graduate of Yekaterinburg Higher Artillery Command School. As of 2014, he was the commander of the headquarters company of the 18th MRB, in the rank of captain. He has been promoted to major in July 2016 , and currently serves within the 100th Separate Reconnaissance Brigade in the city of Mozdok, North Ossetia.

We also managed to identify Epishin in the pictures (1, 2) from Tekuzhev’s album. 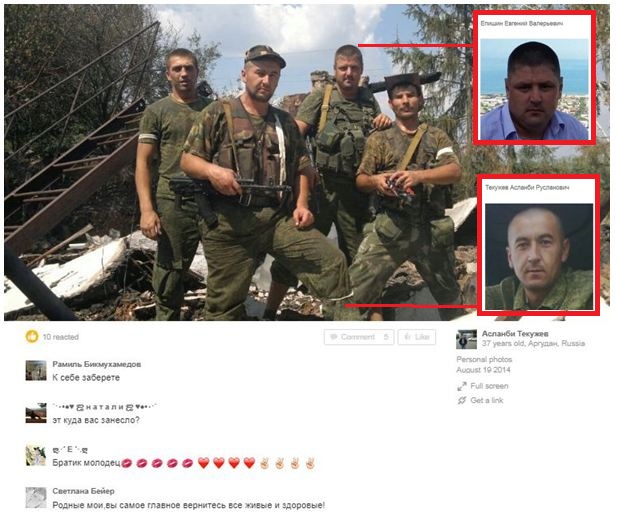 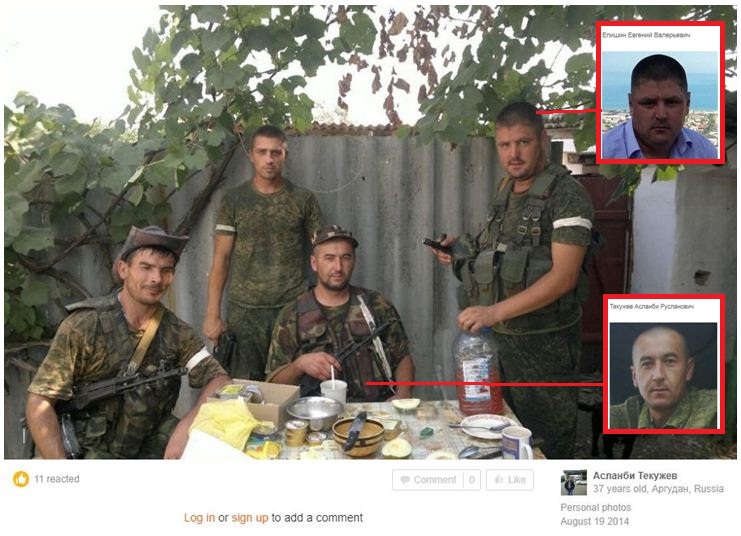 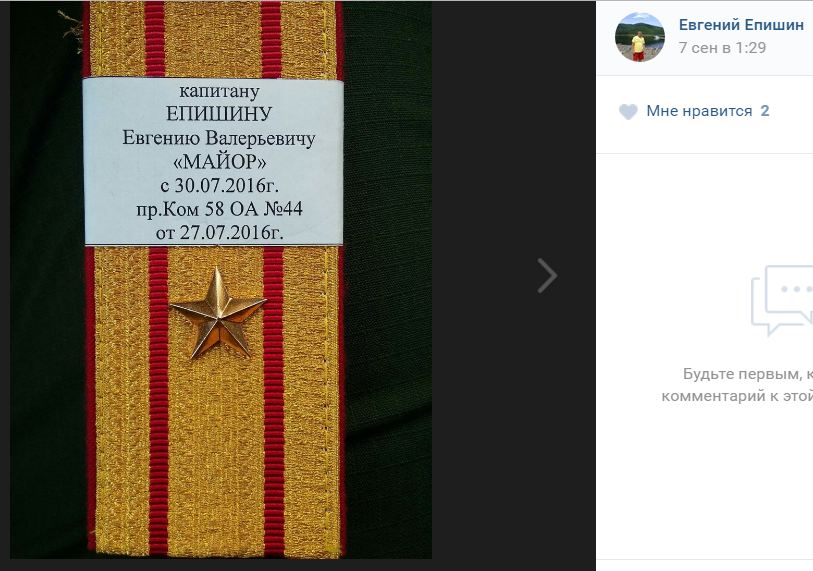 Other servicemen of the 18th MRB feature in eight more investigations of the InformNapalm community:

This publication was prepared by Irakli Komaxidze specially for InformNapalm.

No Responses to “Sergeant Tekuzhev and Major Epishin of the Russian 18th Brigade: after Crimea they were sent to Donbas”