Syria and Ukraine. Key Features of the Kremlin’s ‘Hybrid’ War 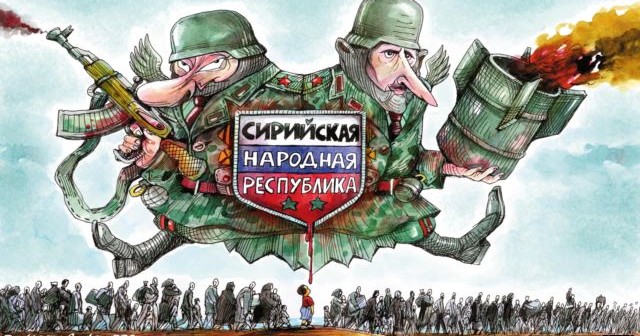 Revolution in Syria in 2011 and the Ukrainian revolution in 2014 targeted Putin’s puppets – Assad and Yanukovich. The Syrians and the Ukrainians struggled to take their places among the civilized people of this world. One nation – within the countries of the Arab and Muslim civilization and the other one – in the family of European nations from which it was taken away by force for many years. But Moscow did not want to reckon with the right of the Syrian and Ukrainian people for self-determination. The dwarfs, nostalgic for the fallen empires, tried hard to keep Syria and Ukraine under their control at all costs. Secret and unprecedented in its perfidy and baseness war was unleashed – first, against the Syrian and later against the Ukrainian people.

All the methods and techniques of covert warfare were first tested in Syria.

Since the beginning of the revolution Putin’s regime started to provide assistance to Assad’s regime right up to intervention into the internal affairs of Syria. The Russians began sending Assad not only weapons and ammunition, but also soldiers and mercenaries.

The Russian officers were in all staffs of the Syrian army, and they actually led the fighting. Syrians faced with unprecedented dirty war methods and techniques based on the violation of the international norms and rules of war, as well as violations of the rules of war in Islam. Led by the Russians, Assad’s troops, habiha formation and mercenaries used civilians as a human shield. 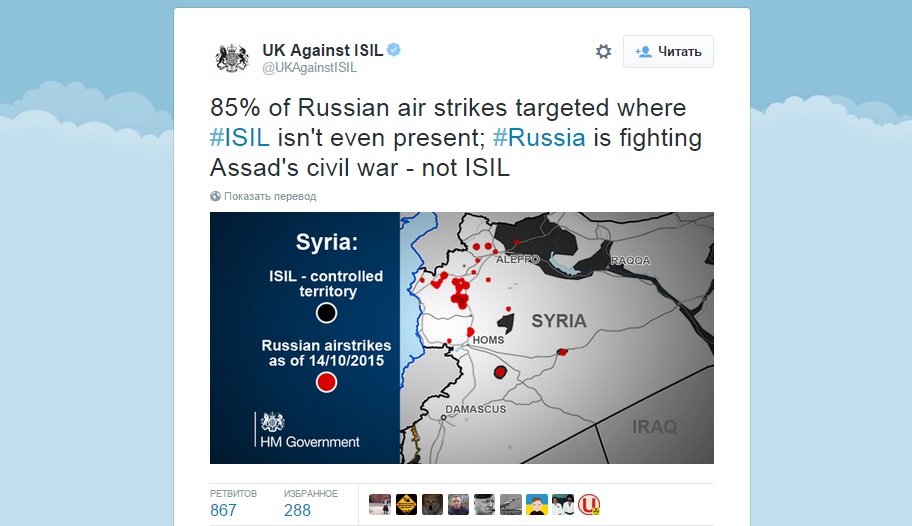 Strongpoints were established in schools, mosques, densely populated areas and crowded places. Residential areas of cities were purposefully subjected to massive shelling and bombing. This is most clearly demonstrated in the cities of Homs, Deraa in southern Syria, Damascus suburbs, especially in Huta. Then the SCUD ballistic missile strikes joined the bombing and shelling. Each missile carried about a ton of explosives. Lacking effective guidance systems missiles mainly targeted large settlements. The barbaric nature of the bombing and shelling was confirmed by international organizations. 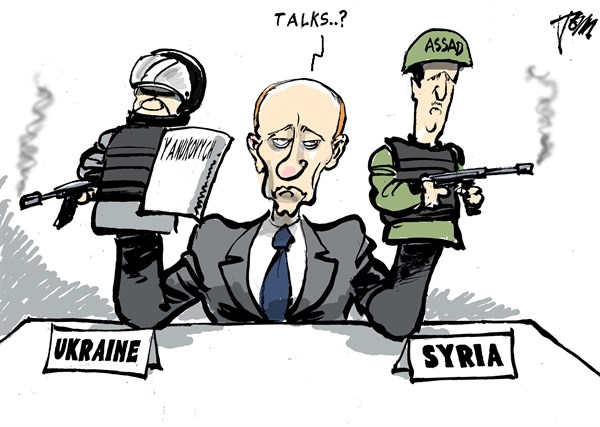 Simultaneously, Assad’s propaganda accused exclusively the rebels in the shelling of civilians. Now recall the actions of the Russian troops and mercenaries in Ukraine, how the Russian media report about them. A huge number of the Russian propagandists has arrived to Syria to conduct the information war since 2011. There they practiced their techniques of lies and disinformation used later against Ukraine.

The rebels were incriminated in all Assad’s crimes. Damascus with its suburbs experienced once a set of terrorist attacks. Car bombs exploded in crowded places, killing dozens of people. The Russian and pro-Assad media blamed rebels. But it soon became clear that they were conducted by the intelligence services of Assad. Some attacks were reported on TV before they actually took place. In other case the journalists appeared at the attack scene just a few minutes after the strike. Just like it is happening in the Ukrainian territory now.

Although officially the Russian army in Syria began to be used only now, in real life it had been there since 2011. The bombings of Syria were also carried out by the Russian pilots in the airplanes of the Syrian Air Force. The current overt intervention, in my opinion, is dictated by the following reasons:

All the techniques and methods of so-called hidden, hybrid war had been tested in Syria and then applied against Ukraine. It is possible that the current overt intervention into the Syrian conflict is just a rehearsal for a full-scale war with Ukraine. And we need to be ready for this.

4 Responses to “Syria and Ukraine. Key Features of the Kremlin’s ‘Hybrid’ War”