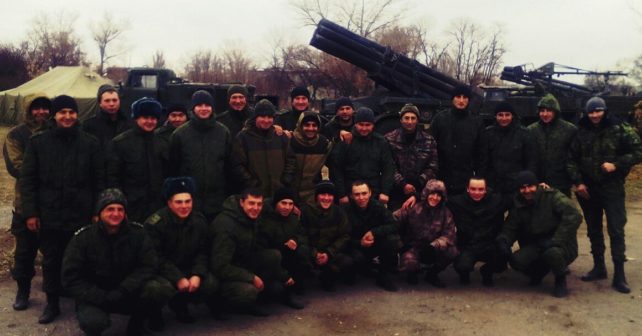 International volunteer community InformNapalm continues to publish its investigations and new evidence of the involvement of Russian artillery in the war in Donbas, disclosing information on specific units and individuals – Russian servicemen carrying out criminal orders of the Kremlin.

Background: the anti-terrorist operation in eastern Ukraine could have been completed as far back as in summer 2014 when the Ukrainian army virtually sealed off portions of the Ukrainian-Russian border. Realizing that the initiative had been lost, the Russian Army resorted to shelling the Ukrainian forces from behind the border, namely, from near-border areas of Rostov Oblast and sometimes venturing to the Ukrainian territory. After that, Russian task forces that had been positioned along the border broke into Ukraine. There is plenty of information on what was actually going on back then: despite the efforts of Russian intelligence agencies to conceal the truth, we have gathered a lot of evidence of the Russian army’s involvement in the battles fought in summer and autumn 2014 in eastern Ukraine. Of all Russian artillery units known to have been on “Rostov-Ukraine missions”, the 291st Artillery Brigade have been the most frequent subject of our investigations. A year after these events in Donbas, a unit of this Artillery Brigade was also spotted in Syria.

InformNapalm archives include plenty of evidence of the involvement of the Russian military in the war in Donbas. Most of the discovered facts have been analyzed and many of them published; some data and leak sources are still being verified or monitored. This OSINT investigation looks into the “Rostov-Ukraine mission” of an ‘Uragan’ 220 mm multiple rocket launcher battery of the notorious 291st Artillery Brigade (military unit 64670, Ingushetia, Troitskoe, 58th Army of the Southern Military District of the Russian Armed Forces), disclosing names, dates and locations related to the illegal mission of artillerymen from Ingushetia and a few details about their further promotions. 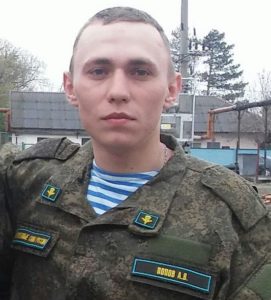 A. V. Popov (archived VK account, photo album, contacts) hiding under the assumed name of Kyrt War; born on May 16, 1995. Until recently, a contract serviceman of the 291st Artillery Brigade and a Donbas war veteran.  As a reward for his “services”, he was sent to the 242nd training center of the Russian Army Airborne Forces (military unit 64712, Svetly township near Omsk) to take a training course for the promotion to a junior officer. Popov’s photo album contains photos of him wearing a non-standard uniform and hugging several hobo-looking militants and a joint photo of the servicemen of his battalion stationed at a near-border camp of the Russian forces in autumn 2014 (also in photo albums of a number of other persons featured in our investigations). 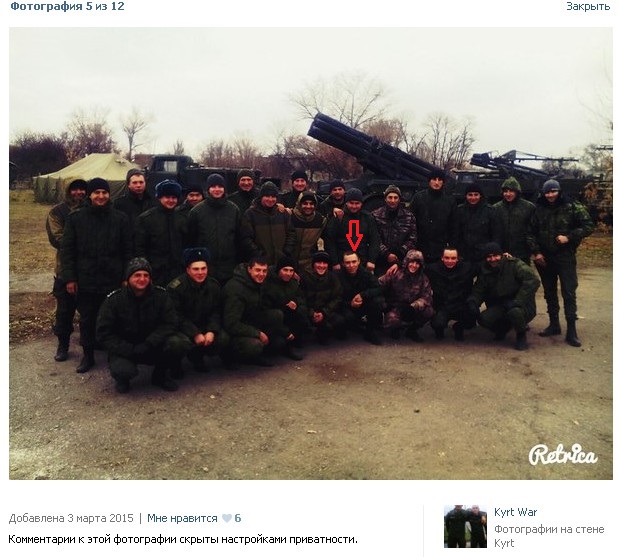 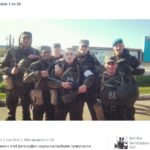 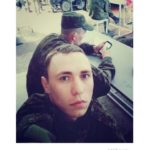 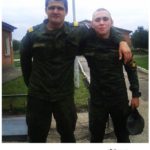 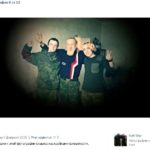 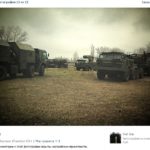 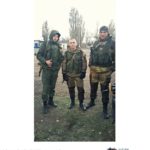 Popov’s friends include a buddy he met at the training center, another newly-minted Airborne Forces junior officer, also an artilleryman and a veteran of “Rostov-Ukraine missions” in the recent past: 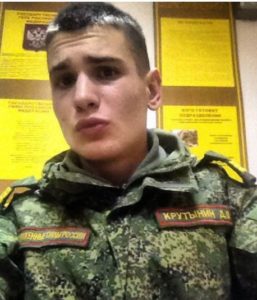 Dmitriy Krutynin (archived VK account, photo album, contacts) featured in the OSINT investigation by Fabrice Deprez as a serviceman of a military unit of the Western Military District (Mulino, Nizhny Novgorod Oblast), with lots of photos taken in March 2015. In Millerovo district of Rostov Oblast he is wearing a standard Russian Army uniform. Later, he is disguised as a “rebel miner” wearing a non-standard Flora camouflage uniform without insignia (the photo was probably taken on the other side of the border, in Ukraine) and a photo of a train carrying Msta-S self-propelled howitzers with a comment “Going home with a victory!“ 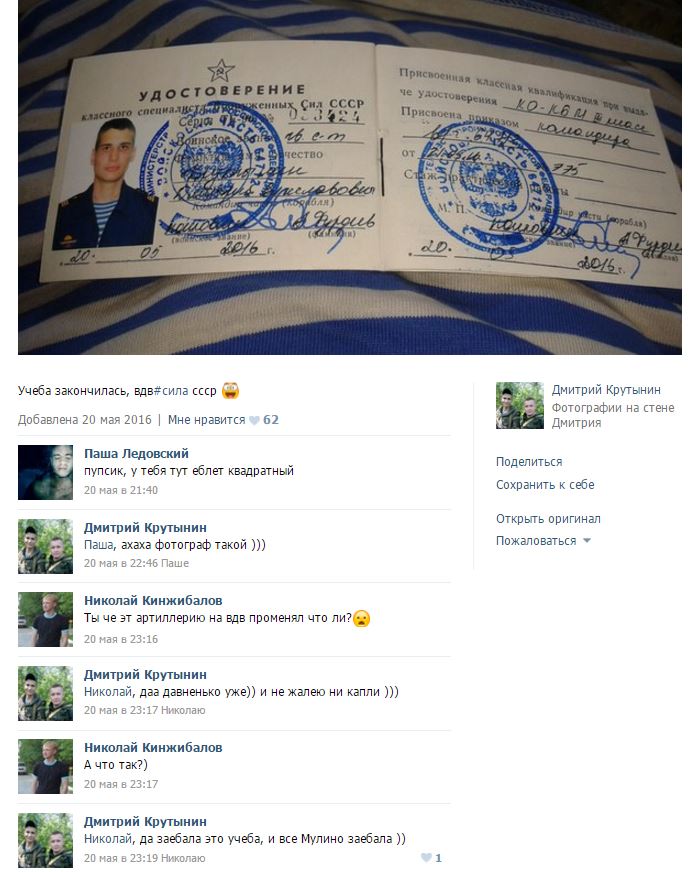 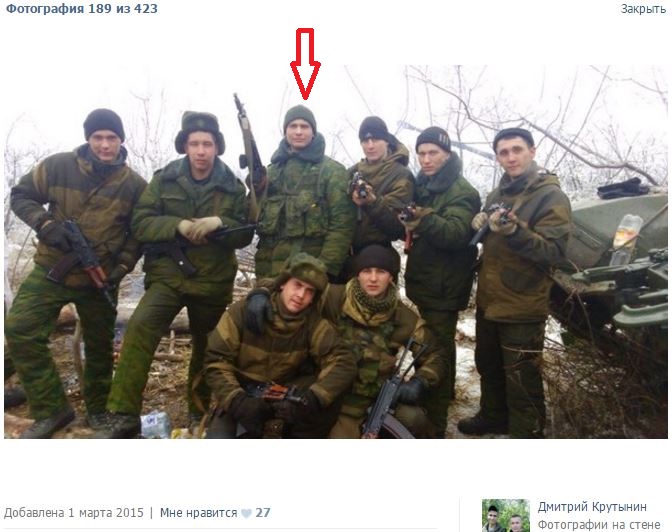 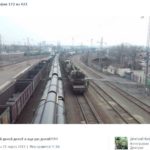 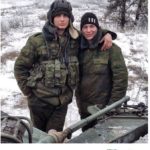 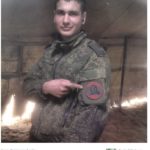 We can see an interesting trend here: Russian military command sent two contract soldiers from different military units to a training center of the Airborne Forces, elite troops of the Russian Army, to make them junior officers as a reward for their participation in the war against Ukraine. 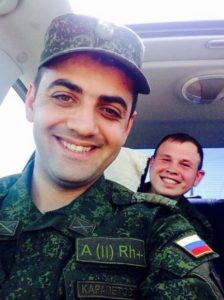 Eduard Karapetov (archived VK account, photo album, contacts) hiding under the assumed name of Ivan Ivanov. A Russian Army (291st Artillery Brigade) drafted serviceman (since 2012), signed a contract after a year of service. By now, he may have been transferred to the 34th mountain Mechanized Infantry Brigade (MIB) (Storozhevaya-2, Karachay-Cherkessia). In 2014, he was on a “Rostov-Ukraine mission” from his base camp in Novocherkassk. On the photos from his photo album, Karapetov wears a non-standard military uniform and a beard, posing as a typical Novorossiya militant. He was also identified on the joint photo of the battalion. 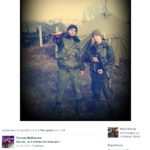 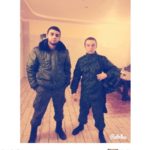 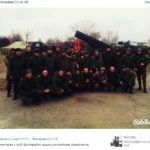 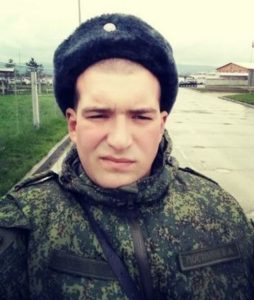 Vasiliy Postolov  (archived VK account, photo album,  contacts), a 291st Artillery Brigade serviceman since 2013, he was on the “Rostov-Ukraine mission” in autumn 2014. There are photos of him wearing a non-standard military uniform with a Novorossiya patch in Novocherkassk and in full combat outfit (apparently, on the other side of the border, in Ukraine). Also worth noting is the photo taken in Novocherkassk with the following comment  “WE WILL COME BACK EVEN IF WE HAVE TO RISE FROM THE DEAD BECAUSE THEY NEED US HERE!!! WE WILL COME BACK NO MATTER WHAT”. In November 2014, Postolov also posted the joint photo of him, his comrades Popov and Karapetov and other battalion servicemen in his photo album. 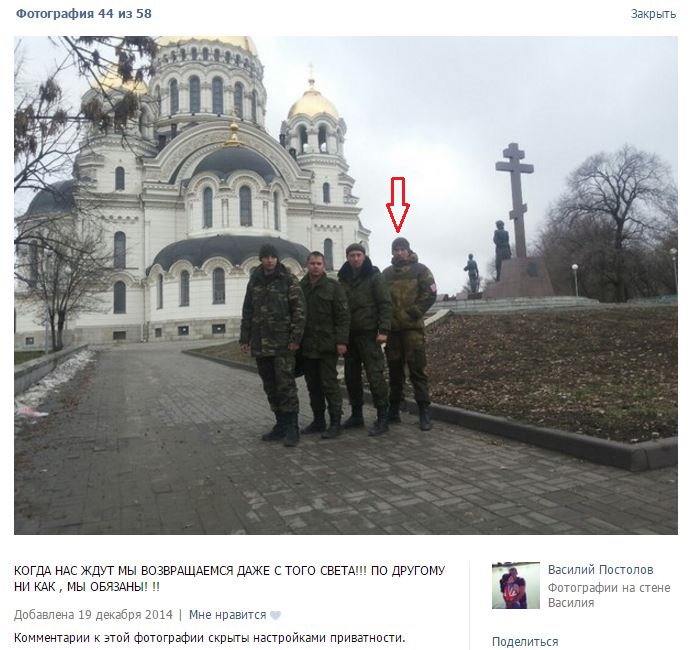 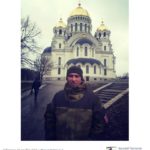 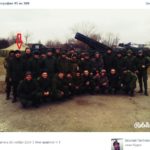 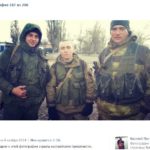 By way of reminder, the 291st Artillery Brigade has been a frequent subject of the InformNapalm investigations: counting this publication, it has been featured a total of 12 times. Links to materials mentioning this brigade are given below: