Belarusian propaganda in a hybrid attack on Lithuania. A false flag news operation at the state border (VIDEO) 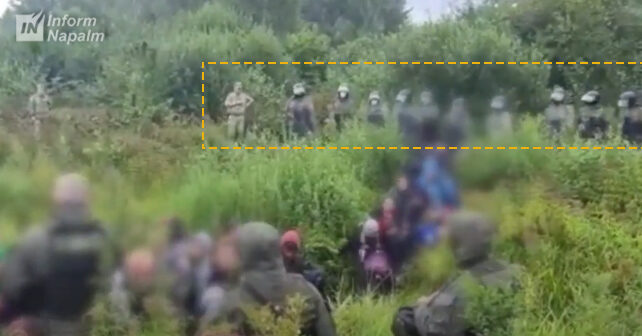 The border guards of the Republic of Belarus were engaged in a psychological operation on the border of Lithuania. This interesting case of hybrid warfare is revealed by the volunteers of InformNapalm international intelligence community. Central TV channels controlled by the Lukashenka regime provided media support in this operation of security forces of Belarus. Lithuanian border guards promptly reacted to the actions of the Belarusian propaganda, as well as proactively disclosed all the circumstances of the incident in order to neutralize the hostile information impact. These examples from August 17 and 18, 2021 are described in this feature.

The central TV channel Belarus 1 is entirely controlled by Lukashenka’s regime. On August 17 this channel aired a news report titled “Lithuanian security forces tried to push refugees into the territory of Belarus at the sector of the Lida border guard detachment”. The news story lasted only 20 seconds. However, it was enough for the presenter to accuse the Lithuanian border guards that they had “undemocratically” pushed the refugees out, women and children among them. The story had the typical feel of Russian propaganda. On the website of the TV channel, the propaganda piece was aired at 19:15. Importantly, that the video footage was shown only in close-ups. This did not allow viewers to assess the situation from a general perspective. 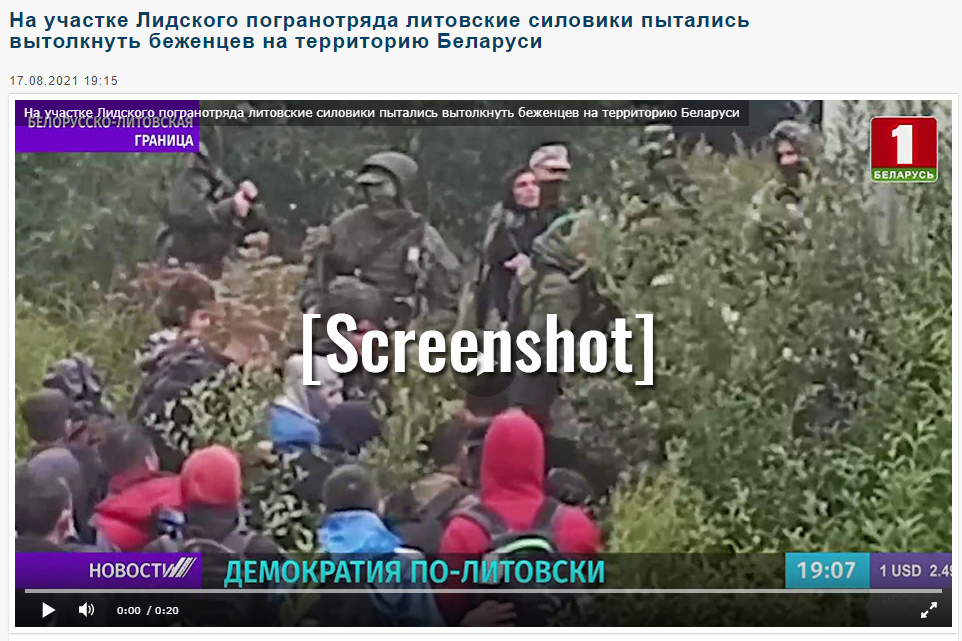 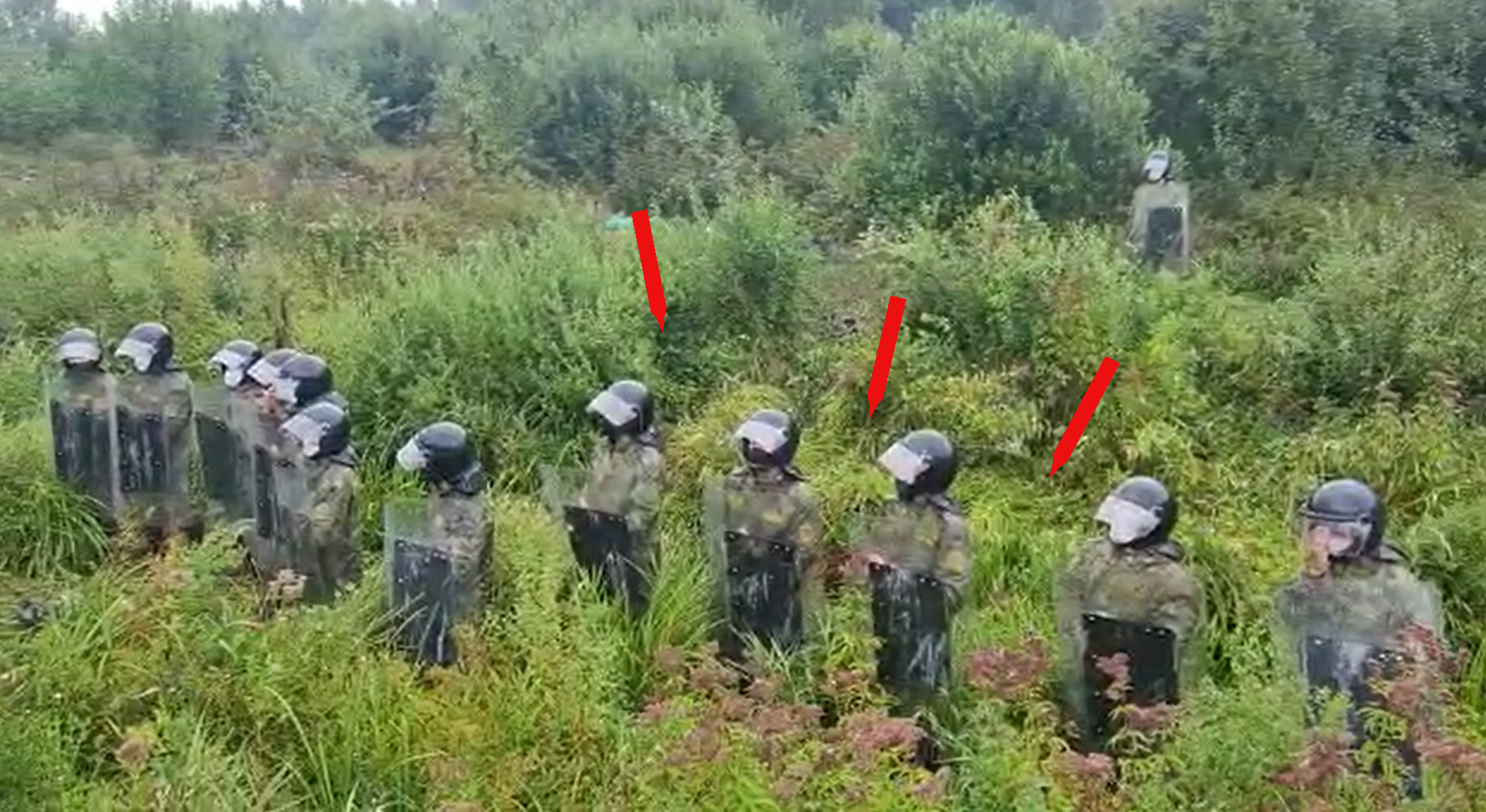 For convenience, we attach both videos in one consolidated video file.

As they say, the perspective matters. This striking fact demonstrates the cynicism of the Belarusian propaganda, which provides media support for hybrid attacks on Lithuania at the command of the Lukashenka regime.

On August 18, the Lithuanian border guards decided not to wait for the next propaganda story from the Belarusian TV channels and posted a new video, which demonstrated the preparation of the next provocation with refugees by the Belarusian security forces.

In the context of this even we recommend to read this investigation: Why is there more than just “migrants crisis” to the events in Lithuania?

No Responses to “Belarusian propaganda in a hybrid attack on Lithuania. A false flag news operation at the state border (VIDEO)”