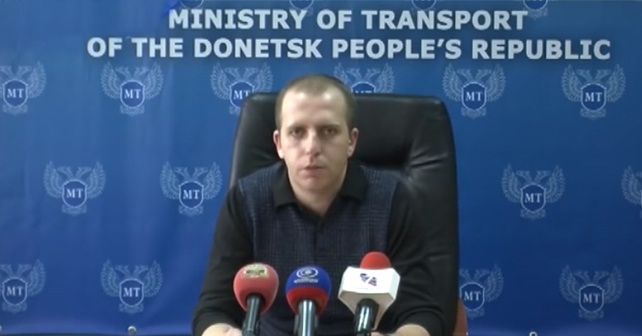 On March 21, the international volunteer group InformNapalm published an article on hacked data from Donetsk railways, i.e. the Ministry of Transport in the breakaway republic of Donetsk «DPR».

Approximately 24 hours after the leak from the mailbox and our publication of a summary of the information collected by hackers of the Ukrainian CyberForces «UKV», the Transport Minister Semen Kuzmenko resigned. The ministry is now left in chaos. Thanks to the extracted data, InformNapalm has been able to obtain information about the types of transport, numbers and the main directions of all rail traffic. This material has been summarized and provided to the media.

The retrieved files from the Ministry of Transport

According to the information extracted from the Ministry, shipments from the uncontrolled territories of «DPR» and «LPR» have continuously flowed to Ukraine. In February 2016, a total of 26,422 wagons arrived in Ukraine from the breakaway republic of Donetsk «DPR» and 15,350 from the breakaway republic of Luhansk «LPR». There were also shipments to Russia, Belarus, Latvia, Estonia, and to some Ukrainian stations near the border with Poland, Hungary and Romania. For more details, please refer to our previous article «Hackers vs Donetsk Railways – InformNapalm analyzes retrieved files».

Just hours after the publication on our website, Twitter users started to report about the first reactions: «There are rumors of some kinds of alert, perhaps even arrests at the Donetsk Rail Administration office in #Donetsk. Is there anyone who knows anything»? – The popular blogger Necro Mancer tweeted.

On the 22nd of March 2016, the Minister of Transport of «DPR» Semen Kuzmenko, announced about his resignation. Some excerpts below [style kept]: 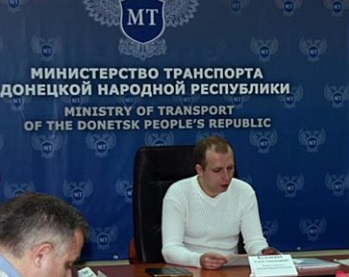 «I understand that there are a lot of questions concerning my resignation. I am tired of responding in private… When it comes to any «arrest» of railway workers by «green people», this is nonsense and a provocation. This Monday, the 21st of March, officers of Ministry of State Security «MGB» interrogated employees inside the main building of the railway administration, they got clarifications, and no one was arrested. I’m not even sure if this is related to my resignation»…

… «As for coal trading, this question is difficult to answer as it’s basically a «non-question». I want to remind that the railway is a transportation service, not a cargo owner. Border controls belong to the customs office. Mining and trade is something for the Ministry of Fuel and Energy to handle. What has the railway company to do with this»?

It is noteworthy that the former minister mentions the visit of «DPR» Ministry of State Security to his employees in Donetsk. But he tries to smooth over the conflict, and pretends that such visits are not uncommon at the Ministry of Transport.

While analyzing the database uploaded by the hackers, the volunteers of InformNapalm also found information about the daily current account receipts for particular use of «Donetsk Railway State Enterprise» during the period between 16.12.2015 and 15.03.2016. The incoming transfers include payments for freight and passenger traffic. Download the spreadsheet that contains accounting data [Ukraine=amounts in Ukrainian Hryvna | DPR=amounts in Russian rubles].

Thanks to the voluntary work of the hackers and the researchers of InformNapalm, it has become possible to reveal the secrets of the financial flows. This would undoubtedly affect the course of military confrontations in the areas occupied by Russian terrorists, the Russian Armed Forces, the Federal Security Service «FSB», the Main Intelligence Directorate «GRU», and the Russian Interior Ministry «MVD». Perhaps the public exposure of this information will result not only in changes of personnel and resignation of officials of terrorist groups, but also the closure of the supply systems, smuggling and illegal trade with Ukraine.

CC BY 4.0 – Original article written by Victory Krm and Roman Burko, translated by Volodymyr B. Bogdanov. Upon reuse of the material, an active link to the author and our project is desirable.