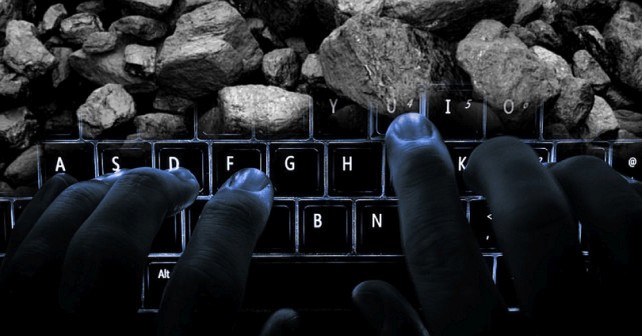 The international volunteer group InformNapalm has completed a detailed analyze of files which have been obtained from the «UKV» group of hackers, collected from emails at the Ministry of Transport of «DPR» and Donetsk Railways.

The files were submitted for analysis by a data devotee «KiDap» at the Ukrainian Cyber Force Group «FM». During our analysis of the material, we noticed some «regularities» in the transport of coal and raised some interesting questions.

During relatively quiet times on the battle front, people begin to pay more attention to issues such as corruption, smuggling and the government’s delicate movements. For example, sensational details of an ecological disaster with amber mining in western Ukraine or constant arrests of people who smuggle goods into the uncontrolled areas, such as smart phones, meat and dairy products. 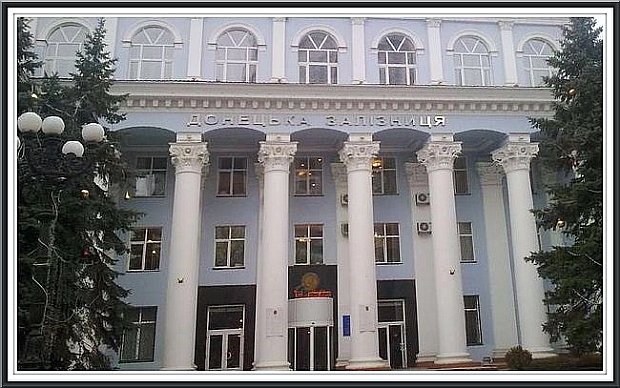 What information the hackers retrieved

Another actuality has been the restructuring of the regional railway company Donetska Zaliznitsya «DonZhD» into a single new entity with headquarters in the town of Liman as from 1st of March 2016. Therefore, the director of Ukrainian Railways referred to the Ukrainian Council of National Security and Defense, with s suggestion to keep existing contacts with the occupied areas open to ensure normal operation of the economic sectors.

The management of Donetsk Railways have asked the Ukrainian National Security Council to allow the branch office in Liman to cooperate with business structures who are active in the territory of the anti-terrorist operation [ATO] in accordance with the Ukrainian legislation. It is also proposed to allocate directorates which are responsible for transportation to and from the cities of Donetsk «DPR» and Luhansk «LPR».

During our investigation, we began to understand the concern of the Ukrainian millionaires. Reporters who often visit Donbass often raise questions about freight cars filled with coal, observed on railway junctions not far from the ATO zone. Not a few wagons, but complete freight trains. At the same time, it is known that rail traffic to and from the uncontrolled areas is prohibited.

For InformNapalm there are no taboo subjects

Thanks to the information disclosed by the Ukrainian cyber forces, we would like to inform about the type, volume, and the main direction of movement of the goods, as it proved to be a continuous stream from the uncontrolled areas. Note that Donetsk Railways are also registered in the city of Donetsk in 68, Artëm Street, «DPR». The organization operates under the laws of both «DPR» and its transport ministry, and the Republic of Ukraine, as the Ukrainian tax authorities continuously receive necessary reports. It also seems that the same software is used on both sides of the border. This conclusion is based on the files retrieved from the hacked email account, which in turn allowed us to summarize and analyze all passages in February 2016. In addition to a huge amount of letters, there were also reports and law projects on the Transport Ministry’s e-mail account. In addition, we also discovered graphics showing the rail network with neatly marked stations in Ukraine and the breakaway territories of «DPR» and «LPR». 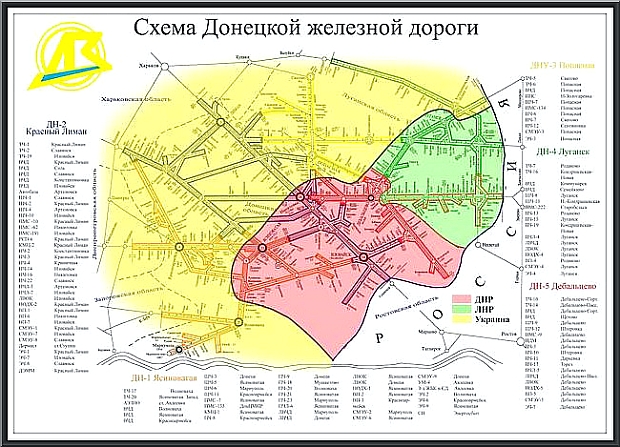 To understand the entire scale of the situation, we present a summary table [in Russian]. The table contains a list of all inter-station shipments upon daily basis. Thanks to this scheme, made by the «DPR» Ministry of Transport, we have been able to distinguish freight traffic by destination as follows: Within the uncontrolled areas [yellow], to Ukraine [blue], abroad [green], and separately to Russia [pink]. We were also astonished by exports to the EU.

In February 2016, 26,422 freight cars entered Ukraine from Donetsk «DPR» and 15,350 from Luhansk «LPR». The first question to be answered now is: «How much coal was brought into Ukraine in February 2016 and what about the geography of the transports»? Altogether, 12,335 freight cars loaded with coal from the uncontrolled areas were exported to Ukraine. This is about 741,300 tons, based on 60-ton wagons.

Transported wagons from the occupied zone

441 wagons of metallurgical coal, 485 wagons of coal concentrate were transported from the uncontrolled areas to Avdiivka coke plant, 360 wagons with anthracite were sent to «Illich» iron and steel works in Mariupol. 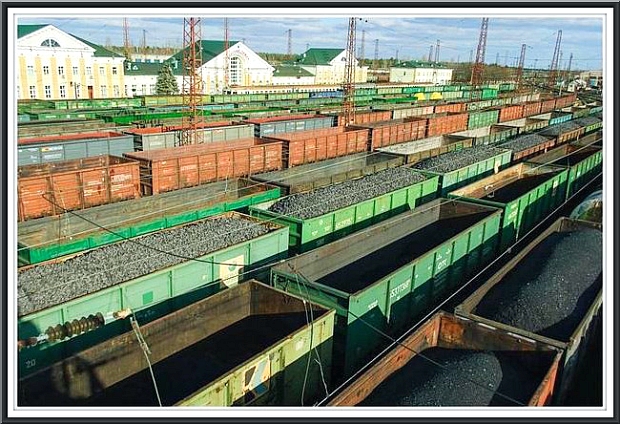 «ZaporozhStal» received 30 wagons with blast furnace dust from «Donetsk Stal». 533 wagons of fluxing stone from «Komsomolskoe RudUpravlenie» which is a sub unit of «Metinvest». 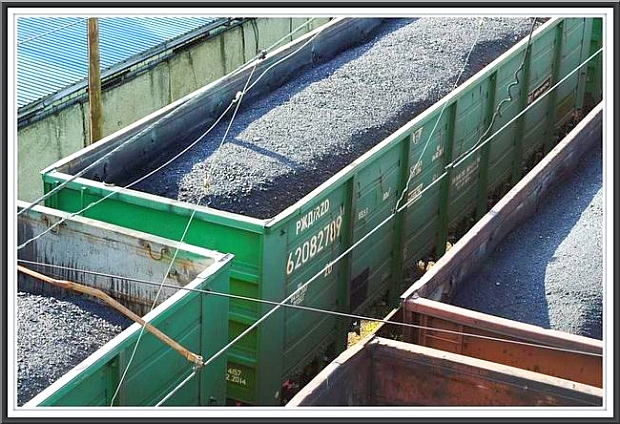 Branches of «Metinvest-TSMC» bought rolled steel from the occupied territories.

Exports of coal from the occupied territories through the territory of Ukraine was not registered in February. But in March 2016, reporters claimed the opposite by showing pictures of green wagons with «RZhD» Russian Railways markings in Liman. Exports of metallurgical products indeed took place, to destinations and stations abroad, stations near ports, and at the Ukrainian border.

«MakeevKoks» delivered 51 wagons of raw materials for coke and by-product to Russia.

The geography of export traffic from the breakaway republic of Luhansk «LPR» is much broader. «Alchevsk Metallurgical Complex» delivered 927 wagons of steel to the Hungarian border [Batevo station]. We also have information about 30 wagons of steel transported to Vadul-Siret, which is the last station before Romania. 161 wagons of steel were sent to Mostyska near the border with Poland. 39 wagons were directed to Belarus. 33 wagons to the port in the Ukrainian city of Izmail. 61 wagons of coal were sent to Liepaja and Magali stations of Latvian Railways. 3 wagons went to Ülemiste, Estonia. 391 wagons with metal were exported through the port of Odessa. 219 wagons with tar were sent to the Ukrainian border towns of Uzhgorod and Chop. Russia received only 49 wagons of sheet metal.

The management of the metallurgical plants in the occupied territories have carefully re-registered the plants on Ukrainian territory. Therefore, exports have been possible. «Alchevsk Metallurgical Complex» is reregistered in the city of Severodonetsk and «Yenakievo Metallurgical Complex» in Mariupol. All taxes seem to go to Ukraine. All taxes seem to go to Ukraine, but the settlement procedures with the leaders of pseudo-republics are not known. 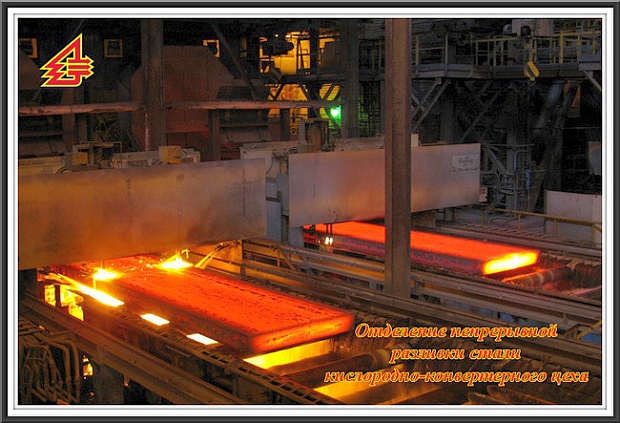 It is clear that the profit that the two breakaway republics gain from exporting their steel products is thanks to Ukraine. No matter what their self-appointed leaders say, not a single international contract or transportation to a port would have been possible without Ukraine. Furthermore, the export volumes to Russia are not impressive.

On the 5th of March 2016, after the disbanding of Donetsk Railways, Minister of Transport of the «DPR» Semën Kuzmenko, announced its withdrawal from the Ukrainian jurisdiction.

«Let me remind you that since the beginning of March, all contracts with carriers have been completely re-registered to Liman, which means that Donetsk is excluded from these activities. Donetsk Railways closes all accounts in the legal framework of Ukraine. All former activities in Ukraine were undertaken unilaterally without consulting us» Kuzmenko said. 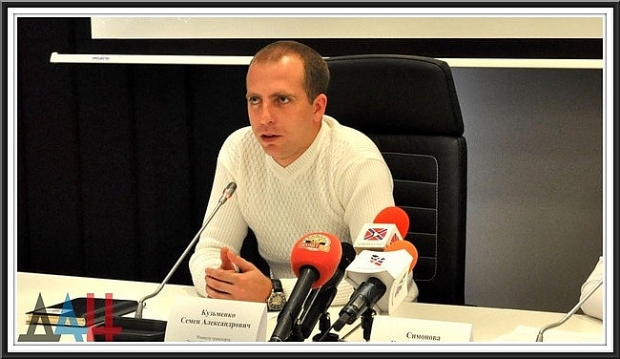 The Minister also said that the negative effects of a full transfer of Donetsk Railways to the jurisdiction of «DPR» will be very noticeable to the Ukrainian economy and aggravate the Ukrainian industry.

Meanwhile, the employees of Donetsk railways have not received their salaries for the last month. People are not so optimistic on social networks, because Ukraine is better to pay on a regular basis. What will happen next is unknown, some talk about getting owed as humanitarian aid, while others believe that the tycoon Rinat Akhmetov will personally handle the matter, since this new situation is not profitable for him. Something which is also confirmed by the provided volume of shipments to and from «Yenakievo Metallurgical Complex». 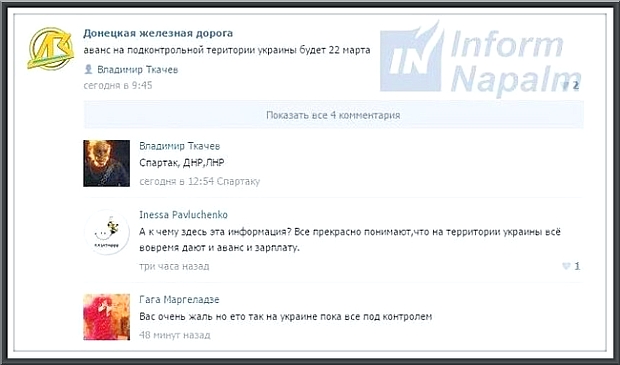 We have tried to explain the current situation of rail freight traffic from the uncontrolled areas to Ukraine. It is difficult to predict what will happen. But all indications show that negotiations will be conducted at the highest level.

While some believe that cooperation with companies in the breakaway regions is the same as backing terrorism, others sees the loss because of destroyed relationships. In any case, the current cargo hauling looks like a recognition of the pseudo-republics by Ukraine. Maybe it’s time to think about where Ukrainian money really goes, and to finally think about modernizing the Ukrainian thermal power plants, so that it is possible to use coal from other brands.

CC BY 4.0 – Original article written by Victory Krm. Upon reuse of the material, an active link to the author and our project is desirable.