OSCE’s Role in Disrupting the Implementation of the ‘Minsk Agreements’

Today the Anti-Terrorism Operation (ATO) central command directly blamed the OSCE (Organization for Security and Cooperation in Europe) for its passiveness and inadequacy in regards to the front line firing near Zaitseve (Donetsk Oblast). According to the ATO representatives this time terrorists used prohibited by the ‘Minsk agreements’ 120mm guns with total impunity. It is exactly a reason why a checkpoint ‘Zaitseve’ as well as several others might be closed. “Because of such passiveness the OSCE representatives should share responsibility for the terrorists gun fire, a checkpoints closure, and finally a further conflict escalation” – the ATO command states.

It is a very strong statement, which obviously had been triggered by something very important. Actually the Ukrainian Army professionals are collecting questions for their OSCE colleagues much longer than a couple of days. Today it is just a right time for it to be on the table.

Below I try to list those complaints, which Ukraine (and surprisingly the separatists as well) currently can make against the OSCE. This material might not be objective but at least it would be clear why the ATO central command started to use such harsh rhetoric.

The OSCE Mission: what is it?

The OSCE Special Monitoring Mission is well equipped and trained. It consists of 1057 members from more than 40 countries according to its latest report. Its last year budget was 25 mln. euros, 6 mln. of which were  spent to provide the members’ work in particular. Accommodation conditions are pretty good for monitors. For example: a jewelry boutique SAGA where the OSCE Mission is based in Kramatorsk town. 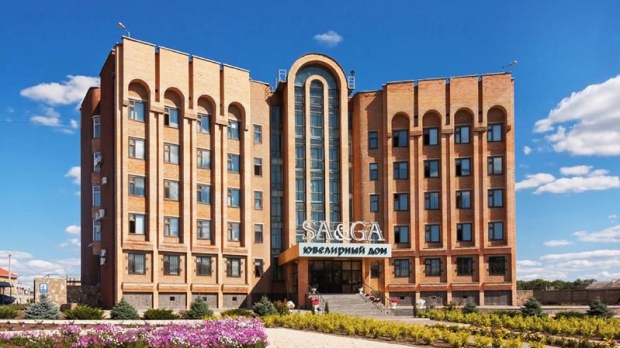 There are good vehicles, which the Mission members drive. The main type of such vehicles is an armored Toyota bought by the EU and Kyiv.

Also there was an information about 24 ‘Tigr’ [Tiger] armed vehicles in Donbas given by Russia.

So, the OSCE Special Monitoring Mission looks like a pretty big well-equipped group of the specialists with no shortage of supplies.

…where is the problem?

According to the Ukrainian soldiers all of the above does not work today.

Monitoring of violations of the ‘Minsk agreements’ is one of the main goals of the OSCE Mission. To do this the observers have to drive throughout the conflict territory, arrive to the places being under the fire and keep records of Where / Who / When, and number of victims & casualties…

Ideally it should be performed (at least on the territories controlled by the Ukrainian Army) the following way: after a particular area has been attacked a delegation of the Joint center for control and coordination of ceasefire and stabilization of demarcation line of the parties (SCCC) consisted of the Ukrainian and Russian representatives. Then Ukrainians and Russians record the attack’s outcomes and the OSCE monitors arrive later also write it down as an independent side.

And here is the first issue: the OSCE Mission observers do not always arrive to the places, which have been under the fire. Also even if they visit the place, they do not always keep a record. I was informed by the ATO representatives that ‘the OSCE confirms around 30-40% of the attacks’. This is, of course, better than the Russian side (as a part of the mentioned above Joint Center), which usually ‘see’ the explosion craters only in an extraordinary situation. Anyway, this is not that effective approach, which should achieve the truce or at least clearly states that something is wrong.

There are real reasons for the OSCE monitors not to arrive to the particular place. Like the separatists’ attempts to attack their vehicles. The latter like to spook the OSCE representatives on the eve of the attacks particularly. The reason is simple: they know that after such ‘attacks’ the OSCE observers would be more worry for their live being and decrease the scale of operations. Tetiana Rychkova, a well known volunteer representing the Ukrainian Defense Ministry says that ‘the OSCE does not go to dangerous places‘. The ‘Info Resist’ web source also contains statements of the Severodonetsk residents who claimed that the OSCE representatives do not go farther than the local restaurants. But it could be just an exception.

Aleksandr Hug, the Deputy Chief of the Mission also confirmed certain restrictions on movement of the OSCE team. But he simply blames both sides.

The Mission is also blamed for its very general format of the written statements. Like describing the fact of the attack without naming the side even if the situation is clear.

Finally, there were certain individuals with a rather questionable reputation. Back in 2014 the Russian LifeNews and other propagandist media often hosted a Dutch OSCE representative – Kai Vittrup – who used to talk about Ukraine, which specifically aimed at the peaceful targets in Luhansk city.

It is only fair to say that separatists also blame the OSCE Mission for the same reasons: they arrive too late, do not spend enough time exploring the attacks & its consequences, and not always document them. There are no reasons to doubt this information as the OSCE behavior would not look too different to those demonstrated in the territory controlled by the Ukrainian Army.

Ukraine is interested in a complete and exact monitoring of the conflict situation in Donbas along the entire demarcation line from both sides. This is our position at the Minsk negotiations, this is also our way to communicate truth to the world fighting against a huge Russian propaganda machine. Unfortunately this approach does not always work effectively and one of the reasons is the OSCE observers’ inability to perform.

It should be clear that the Ukrainian Army does not consider such mistakes as a certain malice and does not want to discredit the foreign partners. Here we probably see accumulation of the infamous European bureaucracy and a human factor. One understands that a person first of all cares about his/her own comfort and safety. So, after each of the above mentioned spooking attacks on the OSCE vehicles the motivation decreases.

But such reality compromises the whole idea of the OSCE Mission. In this case after asking a sniper to make several shots towards the OSCE’s white offroader it becomes possible for separatists to increase fire, to bring back prohibited 120 mm guns without any concern to be blamed for the ‘Minsk agreements’ violation. This is exactly what was going on in the second part of January, 2016, and what is happening now. And this also means that the EU funding is wasted and the monitoring is not maintained. No one can make several jumps flying over the abyss – and it is not possible to monitor the war conflict selectively and sporadically. The Monitoring Mission either can make a record, which the international community will consider and which will serve as an evidence later in court or the Mission cannot monitor the situation and it is not important if the reason was objective or not.

Today the OSCE Mission lacks nothing. Probably it lacks the volition. We only hope the OSCE representatives will be able to find it. The conflict is building up. There is a great need for the honest, accurate and brave OSCE Mission.