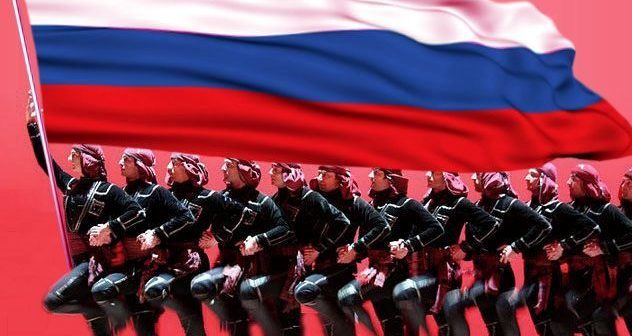 With the approach of parliamentary elections in Georgia, scheduled for October 2016, the Georgian society becomes the witness of curious events, including excessive activation of the local adherents of the “Russian world” and those Pro-Russian forces, who until recently kept a low profile. The material of the InformNapalm international volunteer community presents some political forces and their supporters – unions, which are favorites of the Kremlin and are on Russian subsidies.

After the last parliamentary elections in the autumn of 2012, the domestic political situation in Georgia has changed significantly. The majority in Parliament was the “Georgian Dream” coalition that combined individual and party opposites that acted as a united front against the ruling party “National movement”. The new parliamentary majority which came to power announced an Amnesty, which involved not only thousands of criminals, but also people serving sentences for treason and espionage in favor of Russia. The policy of establishing relations with Russia was declared, which for the past 4 years, despite all attempts at constructive dialogue (taking into account the main principles of the sovereignty and integrity of Georgia), has not resulted in anything good. Russia remains a country-occupier, controlling two regions of Georgia, and continues the “creeping occupation”, “re-marking borders”, conquering the land, separating villages and families, abducting and killing civilians in Georgia. 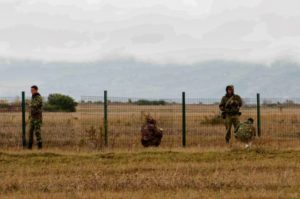 It is noted that amid the policy of “reconciliation” activity of the Russian propaganda, the number of pro-Russian organizations and supporters of the “Russian world” (presented in the form of a number of political and non-governmental organizations) has increased. We should highlight some of them.

In addition to these parties and associations, ready to kowtow to the Spasskaya tower of the Kremlin, there are other forces, less ambitious of power, but with a pronounced Russian accent. First and foremost are a local favorite Dugin, clown Archil Chkoidze, the leader of the Association “Eurasian choice” and “socialist” Valery Kvaratskhelia, which recently found new supporters in Moscow and hosted guests from Russia, including state Duma Deputy Vladimir Simagin, a member of the Communist party.

Also, we should not discount some of the local non-governmental organizations of the Russian Diaspora, whose activities have particularly intensified in recent years. A so-called center of the Russian culture in Tbilisi is Griboedov theater under the leadership of Nikolai Sventitsky. Theatre lives its own life, but there is also a representative office of RIA “Novosti”, which periodically holds press conferences of different kind of outcasts – including Chkoidze with his “Eurasian choice” and “Irakli Society 2”.

Delving into the details, it turns out that the honored worker of arts of the Russian Federation, President of the International cultural-educational Union “Russian club”, the gentleman of order of Friendship (without the bow tie) Sventitsky, among other things, is a Member of the Presidium of the International Council of Russian compatriots. By the way, besides Mr. Sventitsky, this subversive organization (under the tutelage of the Ministry of foreign Affairs of the Russian Federation) has connections with at least two “clients” of the “Peacemaker” Center which lists pests on an international scale. This is about Chairman of the Presidium Vadim Kolesnichenko and his Deputy Sergei Zekov.

Separately we should note the “Union of Russian Youth of Georgia” and “Center of Legal Protection of Russian Compatriots in Georgia” (CLPRCG), two organizations with the same logo and leader – Aleksandr Bezhentsev, whose mother is the head of a number of local and international Diaspora associations. It’s a kind of family projects financed by the official Moscow.

Taking into account activity and size of Bezhentsev, as well as his armor-bearer Dmitry Bregvadze, they are “fed” well by Russia’s MFA (and maybe not only by MFA). Bezhentsev visits Russia a lot and likes posing with Vadim Gorelov, chief the Russian section of the Swiss embassy in Georgia. The Russian diplomat doesn’t miss a chance to attend all events held by Bezhentsev and other pro-Russian organisations 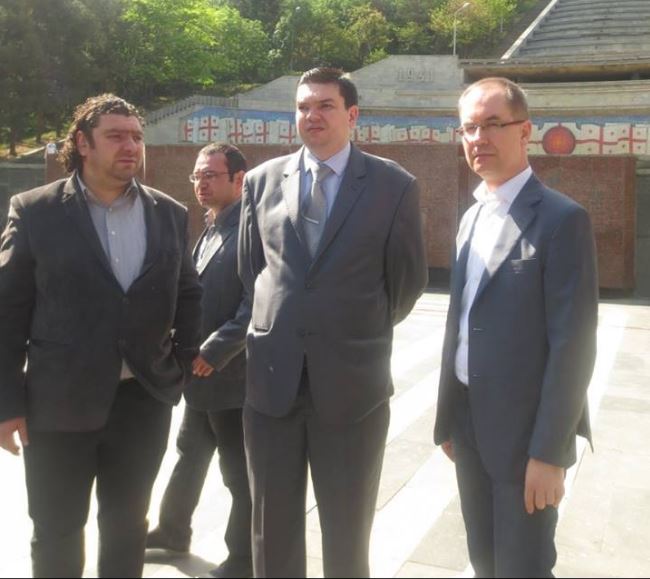 Besides that, among the newly established Russian organizations in Georgia we should also mention the “Coordination Council of Russian compatriots in Georgia” (CCRCG), which is chaired by some Georgy Tomash, who is on intimate terms with the abovementioned NGOs.

This coordination council is known for its conferences which are usually started with the Russian anthem, celebrations of the Day of Russia, etc. Aleksandr Bezhentsev and Vadim Gorelov are its common guests. Some Lika Zakharova and Mikhail Tatevosov have started a close cooperation with it as well (previously they were part of “Union of Armenians”, but then chose a richer trough).

With all this, it should be noted that these local Russian organizations have completely disregarded the civil society sector of Georgia and are reluctant to participate in public life. They almost completely ignore such memorable dates as April 9 (the shooting of peaceful demonstrations in Tbilisi in 1989), May 26 (Independence Day) and so on. There is nothing to mention about their participation in protests against “the creeping occupation”, the kidnapping and killing of people. All this looks very bad having in background the posts with tricolored flag of the aggressor country and talks about friendship and “people’s diplomacy”. However, the majority of them are residents and citizens of Georgia.

We also should not dismiss the Georgian Orthodox Church (GOC) which has a significant influence on the public. It’s not a not news that there are supporters of friendship with the “coreligionists” among the priests, but rather, being precise, with Russia. Some representatives of the GOC openly preach hatred of all Western, while extolling Russia and telling about the necessity of friendship of peoples. Some clergy were clearly beyond their competence, starting open provocation. Examples: the recent disrupt of the international rock festival, or the news of the attempt to “spin” the territory belonging to the Sachkhere military mountain-rescue training center. Some priests do not hesitate to make photos with representatives of the MFA of aggressor-country.

All this is supported by plain and open work of the Russian propaganda in Georgia. These are Russian TV channels in cable networks, local channels like “Lens”, and the media like “Sakinform” which lead their game and do not hesitate to promote the Russian position and cover the events in pro-Russian way.

We all know the role played by the Russian propaganda in Ukraine – the main message was the “revival of fascism, the Nazis, the prohibition of the Russian language”. In the end we got stage set for direct aggression against a neighboring state.

What of this kind is happening in Georgia? Small numbered ultra-nationalist groups, football fans, etc have appeared in Tbilisi, but it’s a kind of a trend lately. There are very few of them and they do not play any role in public life. However it was enough for Russian media to exaggerate, distort and substitute the facts. As usual for “Kiselev-style”, power is in the titles. For example, after a notorious affair in a vegan café, the Russian media had a lot of coverages titled like “Meat-eating neo-Nazis throw shish-kebabs at visitors of vegetarian café in Tbilisi”. After that it became known that nationalists had no relation to that event, but Russian media would never write it. Russian propaganda started to assign those groups slogans like “Georgia for Georgians”, “Glory to Georgy, death to enemies” (instead of real “Glory to Georgia”), etc.

In the result of information policy and propaganda, such news impact not only on the residents of the neighboring country, but also motivate local misfits hard to worship the “Russian world” and to fight with the mythical fascism in Georgia.

Usually this amount of text is followed by conclusions, but here they are clearly excessive here. We can clearly see the game of the Russian adepts and pro-Russia forces in Georgia. And we still have enough time before the elections, so we wait until this “Georgian clogging” absorbs as much shit as it can and it will be flushed away.

This information has been prepared by Andriy Vachnadze for InformNapalm; translated by Stepan Grishin; an active link to our project is obligatory for any reprint or further public use of the material.

You can also provide targeted support to the project by donating funds to purchase laptops for the InformNapalm OSINT investigators team (read more at: Upgrade InformNapalm)

One Response to “Georgian Clogging”