US Sanctions on Russia: An Overview. Part 1. How does a foreign policy problem becomes a sanction program in the US? 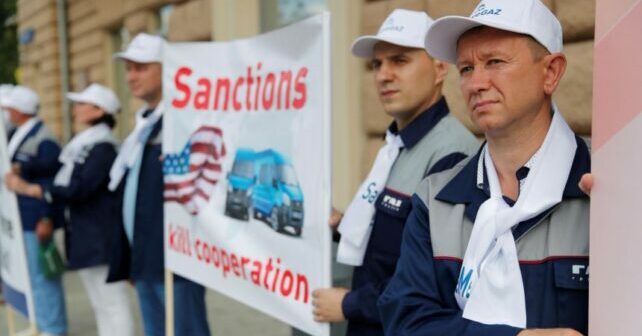 In this series of articles, we will review US sanctions on Russia. The chronology, what are they about and what are reasons why they appear. To understand sanctions it is very important to understand their nature and how they are being designed.

Why is sanctions is such a popular tool in US foreign policy?

Every US president administration is facing with a range of foreign policy and national security challenges, and in nearly all of them it has turned to economic and financial sanctions. Sanctions allow a US president to exercise power unilaterally and often expeditiously. They are often one of the few middle grounds between war and words. Sanctions can be deployed absent input from the Congress and without conducting sensitive and time-consuming diplomatic relations or risking the loss of life from military action. The power afforded the US president under the International Emergency Economic Powers Act of 1977 (IEEPA)—the legal authority upon which most sanctions programs are built—is extraordinarily broad and relatively unconstrained, allowing for seemingly quick unilateral responses to international issues of concern. 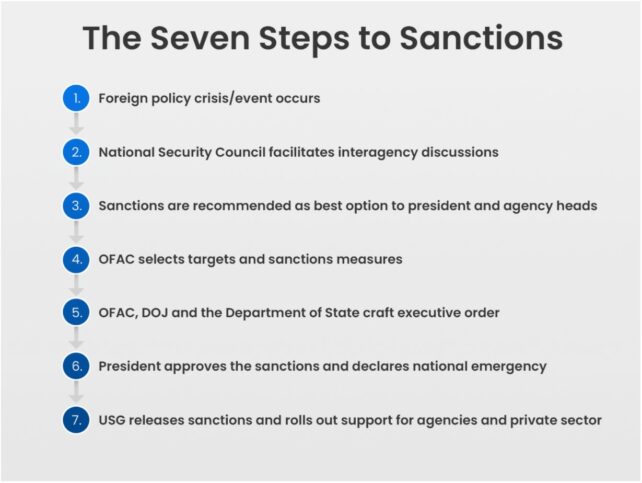 The US President’s toolkit

US administrations have a broad toolkit of measures with which to address foreign policy and national security challenges: diplomatic engagement, military response, economic support, legal assistance, and economic and financial sanctions, among others. An administration may choose specific tools for an array of different reasons. A military response may unnecessarily escalate a foreign policy problem or may be too risky to support. Diplomatic engagement may have already failed or be unlikely to garner timely results. Sanctions offer a coercive tool that sends a strong message and can have a significant impact when applied appropriately and effectively.

The exercise of powers granted to the president under IEEPA—the underlying legal authority for most sanctions programs—requires a declaration of national emergency with respect to a threat to the foreign policy, national security, or the economy of the United States that emanates largely from abroad. Sanctions might be designed and deployed within seventy-two hours. Sanctions are most effective when implemented multilaterally, interagency deliberations often factor in if allies may support—or ideally join in on—the sanction’s effort. Coordination with allies can slow the sanctions process, but is often well worth the time and effort necessary for effective coordination, since multilateral sanctions are more effective than those imposed unilaterally. 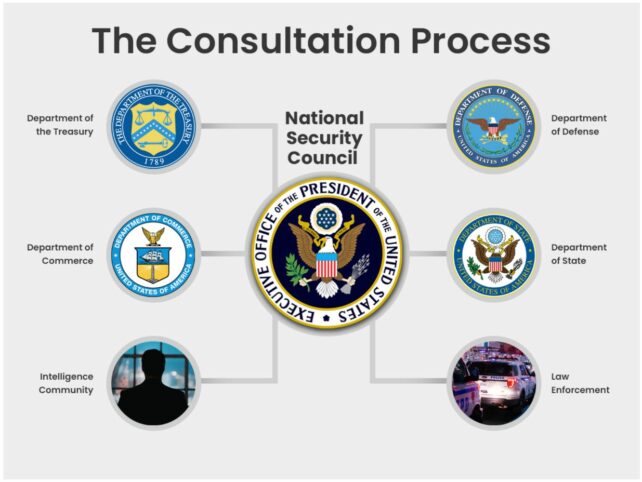 Once a threat is identified—e.g., Nicolas Maduro’s undermining of democracy in Venezuela—the US National Security Council (NSC) convenes experts from across the relevant executive branch agencies (the ‘interagency’) to discuss the severity of the threat and possible options. In these sensitive discussions, analyses and options are often presented by the Commerce, Defense, State, and Treasury Departments as well as the Law Enforcement and Intelligence Community. Recommendations are then drafted and presented up the chain to senior level officials in those agencies, and then to the president for a decision on the policy direction that the United States will pursue.

Once the interagency has agreed that sanctions will be used to address a foreign policy crisis, the details must be addressed before the sanctions program can become public. For sanctions to be effective, they need to seek a change in behavior either by targeting bad actors and/or by dissuading those who would otherwise undertake malign actions. Targets with US assets or a nexus to the US financial system provide points of leverage that magnify the impact of sanctions and ensure the tool is impactful. For example, in the case of Global Magnitsky sanctions applied to corrupt businessman Dan Gertler, much of Gertler’s hundreds of millions of dollars in assets are blocked (or frozen) as a result of the sanctions on him and his network. Such targets therefore need to be carefully selected to ensure that the policy objectives of a sanctions’ regime are met and the impact of the sanctions will be thoughtfully calibrated. This can be tricky. It takes extensive research and deep knowledge to pinpoint the critical financial linkages and supporters of a terrorist network like al-Qaeda, or to target sanctions on major Russian financial institutions, so there is impact without spillover to the global economy in which they are so well integrated.

Once the policy scope has been determined and the initial targets chosen, the attorneys assigned with Treasury’s Office of Foreign Assets Control (OFAC) go to work drafting a sanctions executive order (EO) that fits the desired policy impact and is broad enough to go after both initial and future targets. This requires selecting designation criteria specific to the individual foreign policy problem, such as being senior officials of a malign government—as in the case of Syria—or to have undermined democratic processes or institutions—as in the case of Belarus. Typically, the draft EO will delegate the powers under IEEPA to the secretary of the Treasury to execute, in consultation with the Secretary of State (very occasionally in reverse order). Internal to the Treasury Department, the secretary re-delegates that same authority to the director of OFAC, who formally signs off on the sanctions actions.

The draft executive order is then coordinated with the State Department’s legal team and the Department of Justice (DOJ) to ensure that all the legal boxes are checked. Those two agencies are particularly relevant because of Secretary of State’s consultative role in nearly all sanctions programs, and because DOJ is the agency that defends any legal challenges to executive branch actions, including sanctions. Those lawyers all work with the White House attorneys to ensure that an executive order is within the scope of the powers authorized under IEEPA and defensible to legal challenges.

After all the work that goes into planning a new sanctions’ regime, the NSC packages up the EO, the initial targets, and the formal policy decision and presents it to the president for final approval and signature. Alongside the signed EO, the president may designate targets in an annex to the executive order, as was the case in 2011 with the designation of Gaddafi and many of his children accompanying the issuance of EO 13566. Concurrent to the issuance of the executive order, OFAC may also designate targets under the delegated authority, as happened in January 2019 with Executive Order 13850 imposing sanctions on Venezuela. Generally, new EOs are accompanied by sanctions designations to magnify the impact and illustrate the behavior of concern.

No Responses to “US Sanctions on Russia: An Overview. Part 1. How does a foreign policy problem becomes a sanction program in the US?”