Identification of the Russian Ground Forces in Salma, Syria 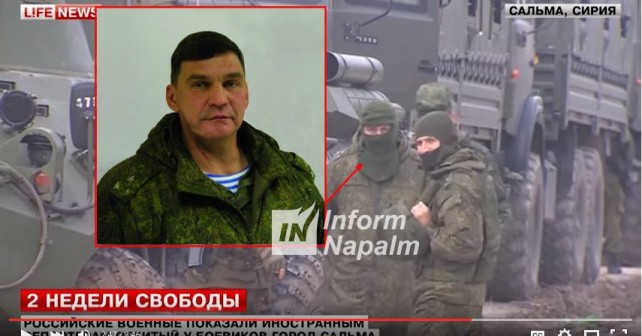 We continue to identify the Russian servicemen which execute criminal orders of the Kremlin’s regime in Syria. We have already caused butthurt to the Russian officials and media by the series of publications with the personal information about the Russian pilots bombing peaceful Syrian citizens. After that we extended our field of interest and started to investigate the Russian ground operation in Syria, which is still denied by Moscow.

In a video by CCTV+ channel our volunteers have identified an ‘Ural’ army truck with the tactical sign of the Russian 34th separate motorized rifle brigade. 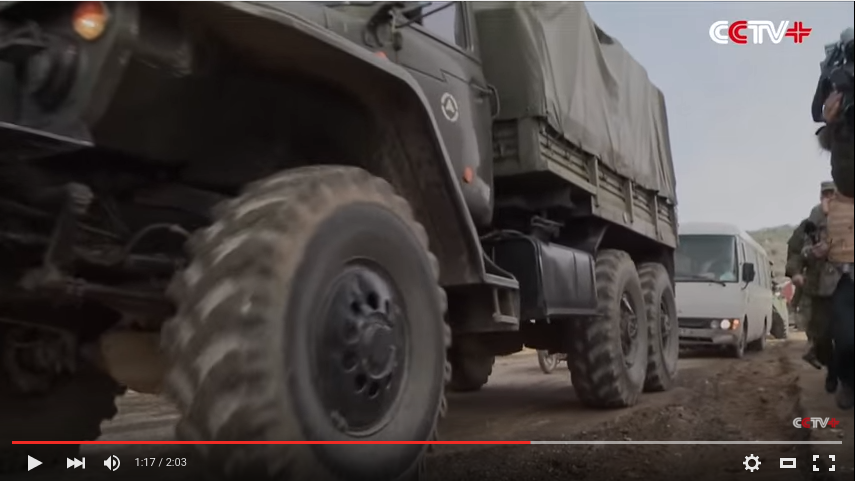 This was concluded based on the photos from the social profile of sergeant Evgeny Shershnev, the crew commander of a Zu-23-2 anti-aircraft mount, where such sign can be clearly seen (archives of the pictures – 1, 2, 3, 4, 5). 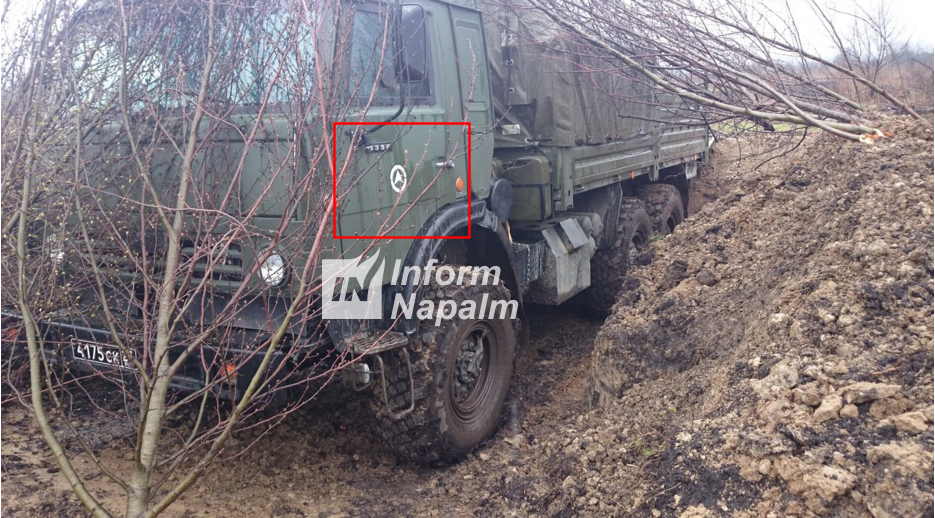 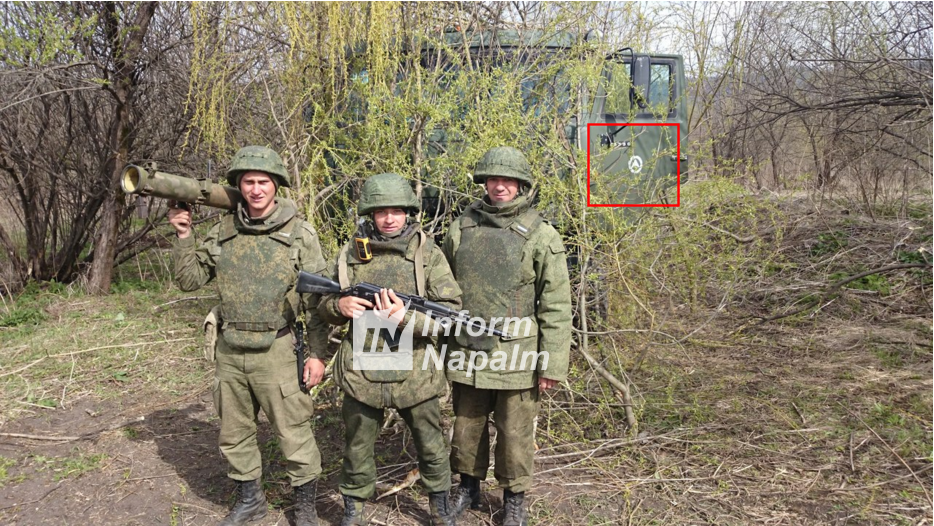 Below is the comparison of the tactical sign on the ‘Ural’ truck in Salma town (Syria) and the KamAZ truck of the air defense unit (the 34th brigade). 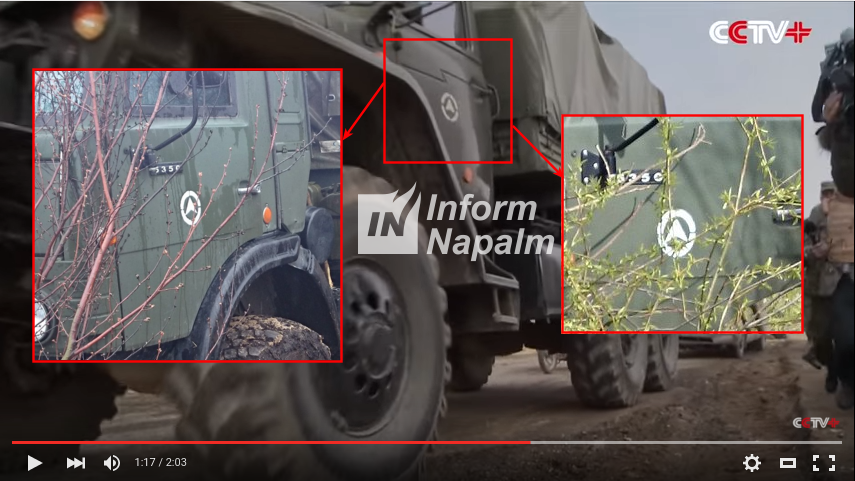 The picture of Shershnev wearing the arm badge of the 34th brigade confirms his affiliation to this military unit. 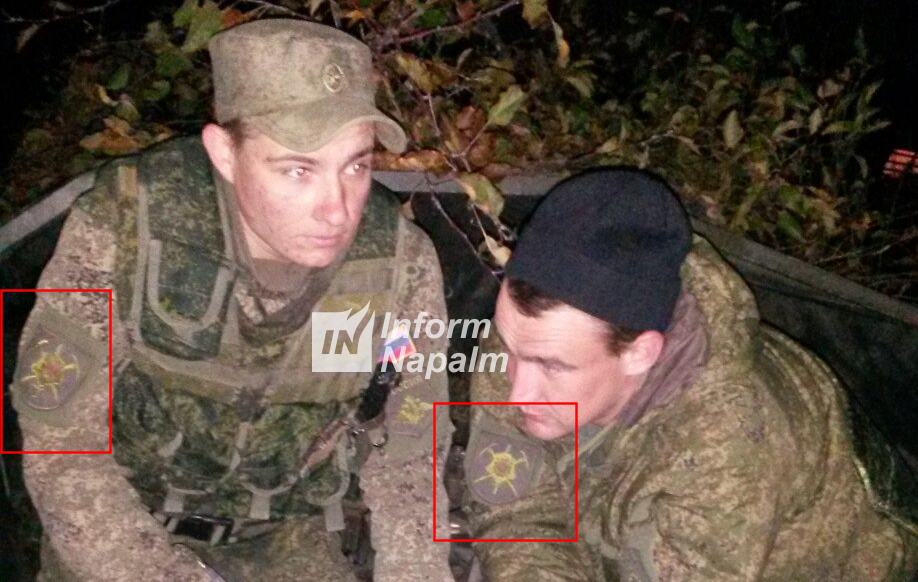 Also the area code from the license plate of the vehicles is ’21’, which refers to the North-Caucasus military district of the Russian Federation. As you may remember from our previous articles, the 34th brigade (military unit No. 01485) is stationed in settlement Storozhevaya-2, Karachay-Cherkess Republic, Russia. 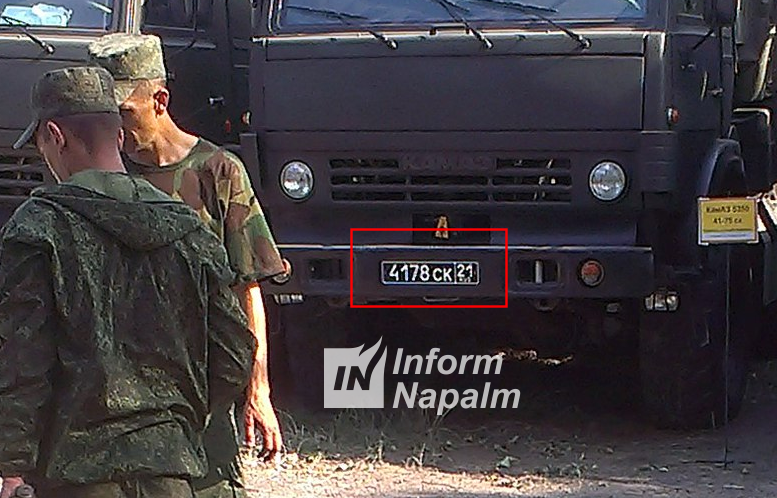 In November of 2015 we published the “What War are Soldiers from the 34th Brigade of the Russian Army Going to?” article where other facts of this brigade’s presence in Syria were provided.

In a footage made by LifeNews channel in Salma town, the InformNapalm’s informers from former Russian servicemen spotted their former commander, colonel Pankov Vadim Ivanovich (the commander of the 45th special forces brigade).

In addition to that, the video shows BTR-82A APC vehicle with the hull No. ‘470’. It is known that the numeration of the APCs in the 45th brigade is in the ‘4xx’ range and rearming from BTR-80 to BTR-82A started in the fall of 2015. The current intelligence data makes us conclude that we have registered a detachment of exactly 45th special forces brigade. 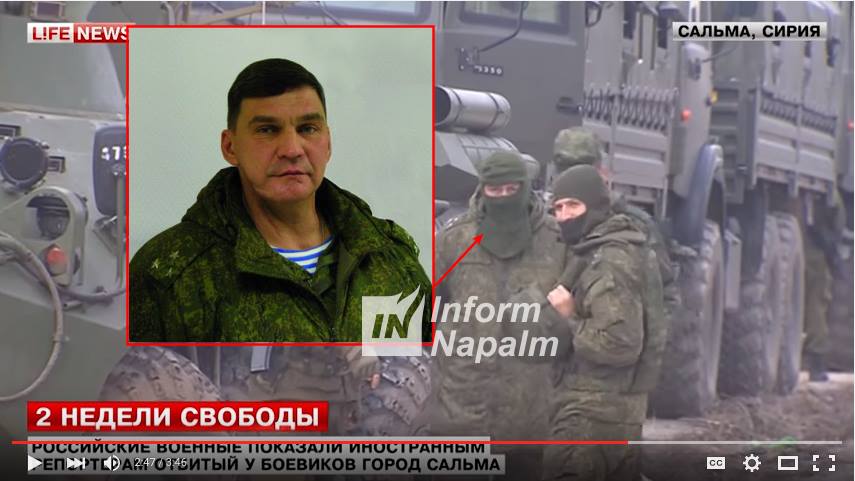 Check out all the investigations related to Syria.

5 Responses to “Identification of the Russian Ground Forces in Salma, Syria”