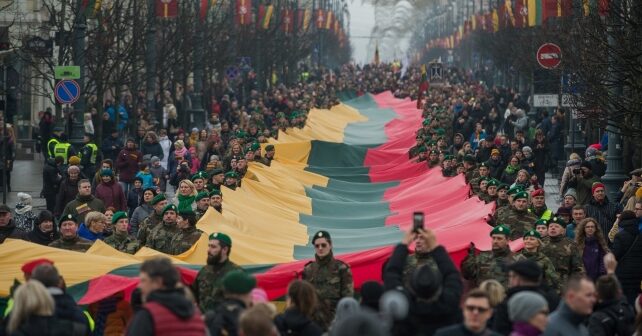 Today – February 16th, Lithuania celebrates the Restoration of the State Day. February 16th is the day of Act of Independence, signed by the Council of Lithuania in 1918. Congratulations Lithuania!

On that occasion, we share the message of the Lithuanian Ministry of Foreign Affairs to the whole world.

Have you ever heard about the thrilling story of Juozas Luksa-Daumantas, one of the main figures of the Lithuanian armed resistance in 1944-1953? Luksa dedicated his own life to Lithuania with the hope of democracy and independence one day. Today, Juozas Luksa and his wife Nijole are telling us their story about life, death and love.

“Your attitude towards love completely matches the one of mine, as our happiness is impossible without the freedom of our Homeland“, wrote Luksa in his letter to Nijole from Paris in 1949.

On 16 February, we commemorate the Restoration of the State of Lithuania. We remember all the establishers and defenders of our freedom who were fighting for such a state we have nowadays.

Luksa and all other forest brothers, the people who signed the Independence declarations in Vilnius in 1918 and in Minaičiai, and the rest of Lithuanian freedom fighters taught us that our freedom should not taken for granted. It must be defended and protected resolutely all the time.