Protection of the “Russian World” will be a priority for Russian authorities, says Peskov. He also reminded about Russian ‘soft power’ 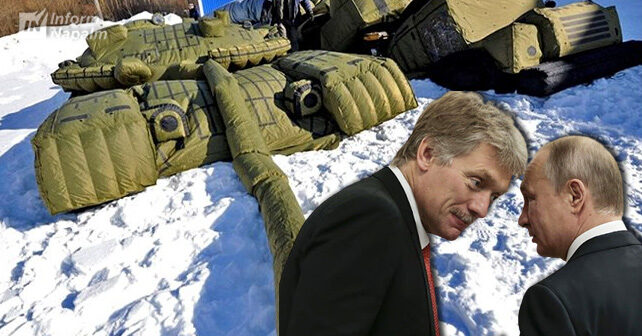 On February 8, 2021, Dmitriy Peskov, the Press Secretary of the Russian president, stated that protection of the “Russian World” has been and will remain a priority of the Russian government. According to the statement, Moscow believes that Ukraine is also a part of this world.

Peskov emphasized that there is a great number of Russians and Russian-speaking people residing in Ukraine. He believes those people are part of the “Russian World”, therefore, Russia will continue its current policies towards Ukraine with the help of ‘soft power’.

The Russian President’s spokesperson also emphasized that Russia never used methods that would violate any international norms. This statement is an outright lie, because it was Russia that occupied the Ukrainian Crimea and continues an aggressive hybrid war against Ukraine in the Donbas region. The International volunteer community InformNapalm has debunked the statements of the Russian president’s spokesperson multiple times. One of the examples is the article, “Tanks for Peskov: Russian MBT modifications found in the occupied territories of Donbas”  Our community has published hundreds of OSINT investigations  that disclosed participation of Russian servicemen and military equipment of the Russian Army in the war against Ukraine.

This statement by Dmitriy Peskov appeared after a recent imposition of sanctions by the Ukrainian government  against pro-Russian TV channels in Ukraine. The beneficiary of those TV channels is Viktor Medvedchuk, a Ukrainian oligarch and a close associate of the Russian president Vladimir Putin. Vladimir Putin is a god father of Medvedchuk’s daughter, which makes their connection even closer.

In his public statement, Dmitriy Peskov says that Russia will rely exclusively on ‘soft power’ in its relations with Ukraine. It should be noted that Russia’s interpretation of this term is different from that of the rest of the world. The difference between the Russian and the Western approaches can be demonstrated by an analysis of Russia’s offensive tactics in the informational space.

Here are some specific examples of the Russian ‘soft power’ that have previously been covered in various investigations by InformNapalm:

To sum up Peskov’s statement, based on the many years of experience of studying Kremlin’s hybrid operations, we can conclude that Russian ‘soft power’ starts with Russian journalists and agents of influence and continues with Russian tanks.

No Responses to “Protection of the “Russian World” will be a priority for Russian authorities, says Peskov. He also reminded about Russian ‘soft power’”