Information on the use of Russian heavy flamethrower systems in Donbas 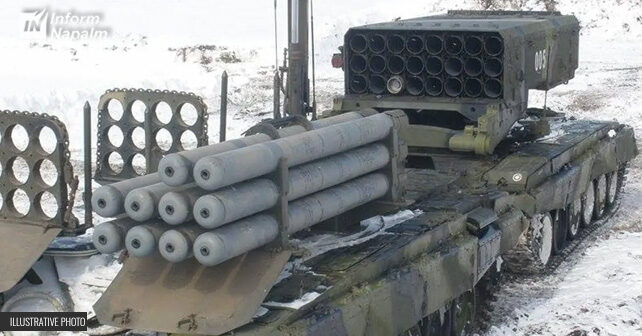 The TOS-1 Buratino is a Russian heavy 220-mm multiple launch thermobaric rocket system based on the T-72 tank. In 1995, by order of the Russian Minister of Defense, the TOS-1 was adopted by the Nuclear, Biological and Chemical Protection Troops, and in 1996 its serial production was launched. Since 2001, the Russian Armed Forces have also adopted its modification TOS-1A Solntsepyok. In this article, we summarize evidence of the use of these systems by Russia in the hostilities against Ukraine in the Donbas.

We should admit that as for now, we have not been able to find convincing photos or videos in open sources that would record these heavy flamethrower systems in the Donbas but there have been multiple testimonies about the use of these systems in Eastern Ukraine. We found following reports in open sources: 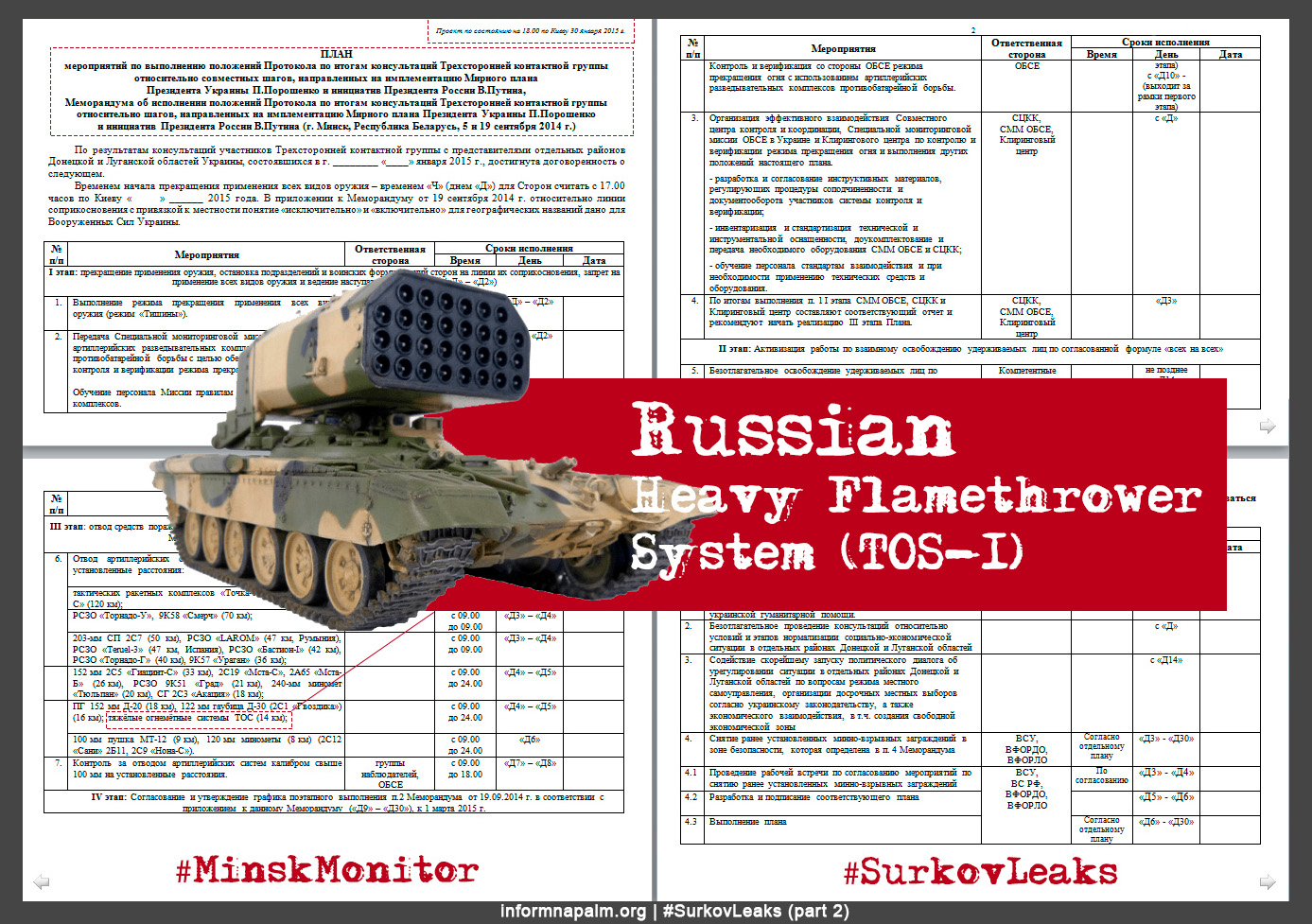 These testimonies suggest that at a certain stage of hostilities, Russia brought the heavy 220-mm multiple launch flamethrower systems into the occupied territories of Ukraine. Later, probably after a significant public outcry, including in the Western media, these systems were removed or hidden in the occupied territories in order to avoid their exposing.

It should be noted that in October 2015, InformNapalm international intelligence community documented the transfer of the TOS-1A Solntsepyok flamethrower systems to Syria. In December 2015, an OSINT investigation was published with evidence of the transportation of ammunition for the TOS-1 Buratino and TOS-1A Solntsepyok heavy flamethrower systems from the port of Novorossiysk through the Bosporus to Syria. The transportation was carried out by a large sea dry cargo vessel Yauza of the Russian Navy. 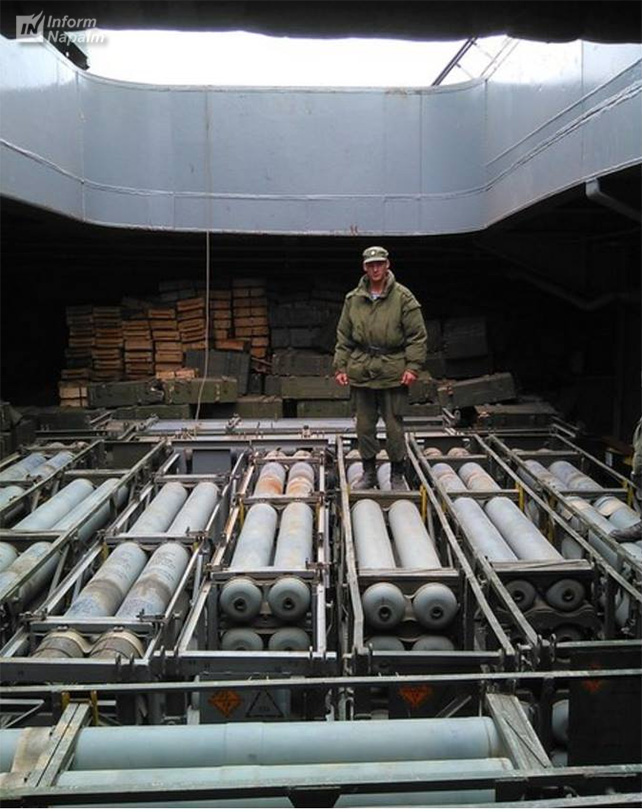 According to the website of the Russian Ministry of Defense, in the Russian Armed Forces, the TOS-1 systems are in service with the following military units of the Nuclear, Biological and Chemical Protection Troops:

We appeal to all readers who have photo or video materials and can provide additional information about Russian weapons and military equipment in the Donbas. Such information can supplement the world’s largest multilingual database of OSINT investigations by InformNapalm which records Russian servicemen and equipment that were involved in the Russian war against Ukraine.

Translated by Svetlana Kemblowski Distribution and reprint with reference to the source is welcome! InformNapalm materials are available under a public license Creative Commons Attribution, CC BY. The condition for using our materials is a hyperlink to the original source in the first or second paragraph of your publication. InformNapalm social media pages: Facebook / Twitter / Telegram