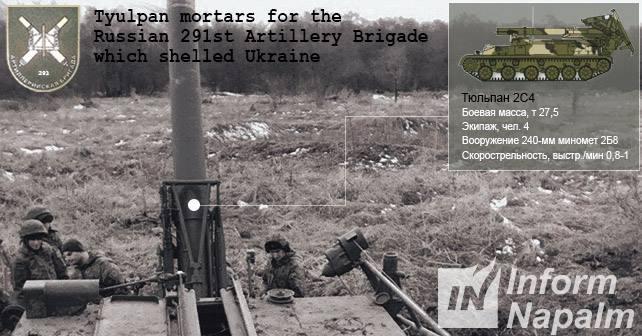 The Russian 291st Artillery Brigade from the Southern Military District, which passed through Rostov-Ukrainian and Syrian deployments, received heavy artillery.

InformNapalm international intelligence community continues to monitor the processes of the strengthening of the Russian military in the south and south-west regions of Russia. In early April 2017, InformNapalm published the investigation on the formation of new divisions in Rostov Oblast and Chechnya. A little earlier, in early February 2017, the Russian media confirmed InformNapalm’s information about the formation of a new, 227th Artillery Brigade of the Southern Military District in Maykop (Adygeya), which we wrote back in April 2015.

During the OSINT investigation of the social networks of Russian servicemen from the Southern Military District, a photograph of the 2S4 Tyulpan heavy mortar, posted on March 26, 2017, was found. After analysis of the photo, we have established that this mortar is in service with the well-known 291st Separate Artillery Brigade of the 58th Army of the Southern Military District   (Military unit 64670, Ingushetia, village of Troitskaya) servicemen of which often reveal their Rostov-Ukrainian and Syrian deployments.

The photo was taken in the vicinity of Tarskoye (North Ossetia) test site where according to our observations, planned combat training is being conducted with artillerymen of the 281th Brigade, including training firing and learning new types of weapons. 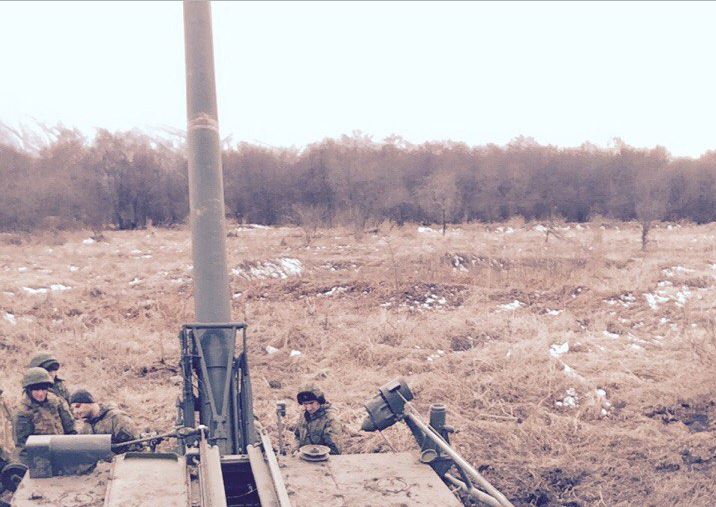 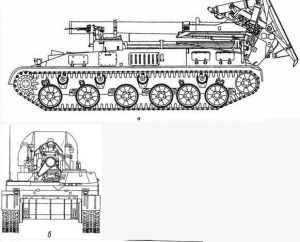 The 2S4 Tyulpan is a 240-mm self-propelled mortar that was designed to destroy fortified buildings, fortifications, manpower and armored vehicles. Its platform is equipped with a 520-horsepower N-59 diesel engine. Its top speed is 62km/h. The crew is 5 gunners. Along with conventional high-explosive and rocket-assisted projectiles, the Tyulpan mortar is capable of using nuclear munitions. Auxiliary weapon: 7.62-mm PKT machine gun.

The Russian military does not hide information about the adoption of the mortar for the armament of the artillery units in the Sothern Military District: in September 2016, the Russian Defense Ministry announced the formation of two new self-propelled heavy artillery battalions in the Southern Military District, in particular, the 2S4 Tyulpan 240-mm mortar battalion and the 2S7M Malka 203-mm artillery battalion with modernized control machines.

On March 30, 2017, Russian sources shared the information about the exercises of artillerymen of the Southern Military District, including heavy artillery battalions at the training areas in Ingushetia and Rostov Oblast, where firing from Tyulpan and Malka will be held for the first time. 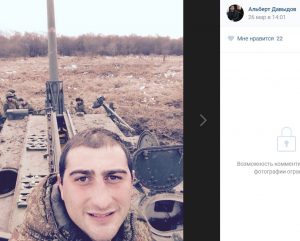 It is noteworthy that the photo of the Tyulpan mortar was posted by Albert Arzumanyan-Davydov, a contract serviceman of the 291st Artillery Brigade, who appeared in the last year’s investigation of InformNapalm,

It can be said with certainty that a battalion of the Tuylpan self-propelled mortars has already been formed in the 291st Artillery Brigade deployed in Ingushetia. Perhaps, the same brigade already has a battalion of the 2S7M Malka self-propelled guns, although there is currently no visual confirmation for this. It is also possible that the Russian Defense Ministry, declaring the formation of new self-propelled artillery battalions of large caliber “as part of the Southern Military District”, was not completely truthful, and such battalions of Tyulpans and Malkas have already been deployed in the newly formed 227th Brigade, stationed in Adygeya. This is indirectly indicated by the information of the Russian Defense Ministry about the exercises in Rostov Oblast where these large caliber weapons were used.

At the same time, it should be noted that the resuscitation of samples of Soviet weapons developed in the 1960s and 1970s testifies to the problems of the Russian defense industry and the unfavorable situation in the state as a whole. Instead of adopting the promising dual-barreled 2S35 Koalitsia-SV self-propelled guns, the Russian military command had to pull out of the reserves clumsy and morally obsolete bones of the Cold War, which in modern combat conditions are not very effective. Taking into account the latest means of reconnaissance, detection and suppression, these “museum exhibits” are more like a scarecrow and represent excellent targets.

We remind you that the 291st Artillery brigade has repeatedly been deployed to Rostov-Ukraine zone and Syria – it has appeared in 13 OSINT investigations by InformNapalm: