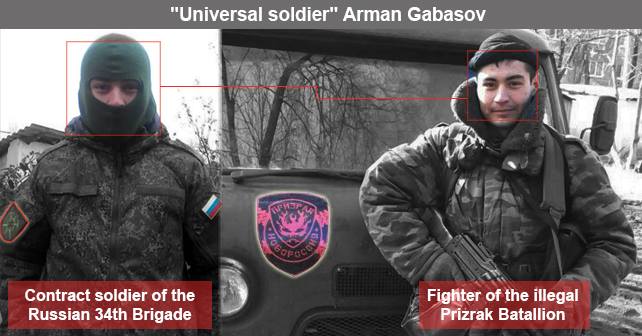 A contract soldier of the 34th Motorized Rifle Brigade (MRB) of the Russian Army who was seconded to the illegal armed group (IAG) operating on the occupied territory of Ukrainian Donbas was identified by InformNapalm.

In the case of Arman Gabasov, there seems to be no direct evidence indicating his belonging to the Russian Armed Forces, but following the logic of the facts listed below, this conclusion becomes evident. 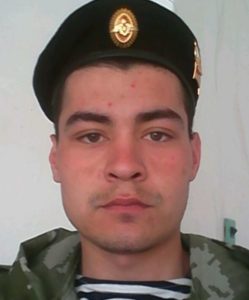 Gabasov did his conscript military service in the 943rd Rocket Artillery Regiment (military unit 21797, Krasno-Oktyabrsky settlement, Adygea). He signed the first long-term contract in 2011 with the Motorized Rifle Regiment (MRR) of the 42nd Motorized Rifle Division in Chechnya (later reorganized into the 8th MRB), where he served until 2013. In May 2014, Gabasov had a short return to civilian life, he even managed to work as a security guard at Abrau-Dyurso winery near Novorossiysk.

In August 2014, Gabasov’s life made a new turn: in his social account appeared a photo of a military tent camp captioned “Bashin-Kala“. This the name of a village near Itum-Kali in Chechnya, probably the location of a selection and training grounds for new contract soldiers. Then followed a half-year silence with not a single new photograph. In January 2015, he posted for the first time a snapshot with the DPR insignia. from June to August 2015, Gabasov appears as a Russian serviceman at a so-called autonomous tent camp on the Kuzminskiy training range in Rostov Oblast. 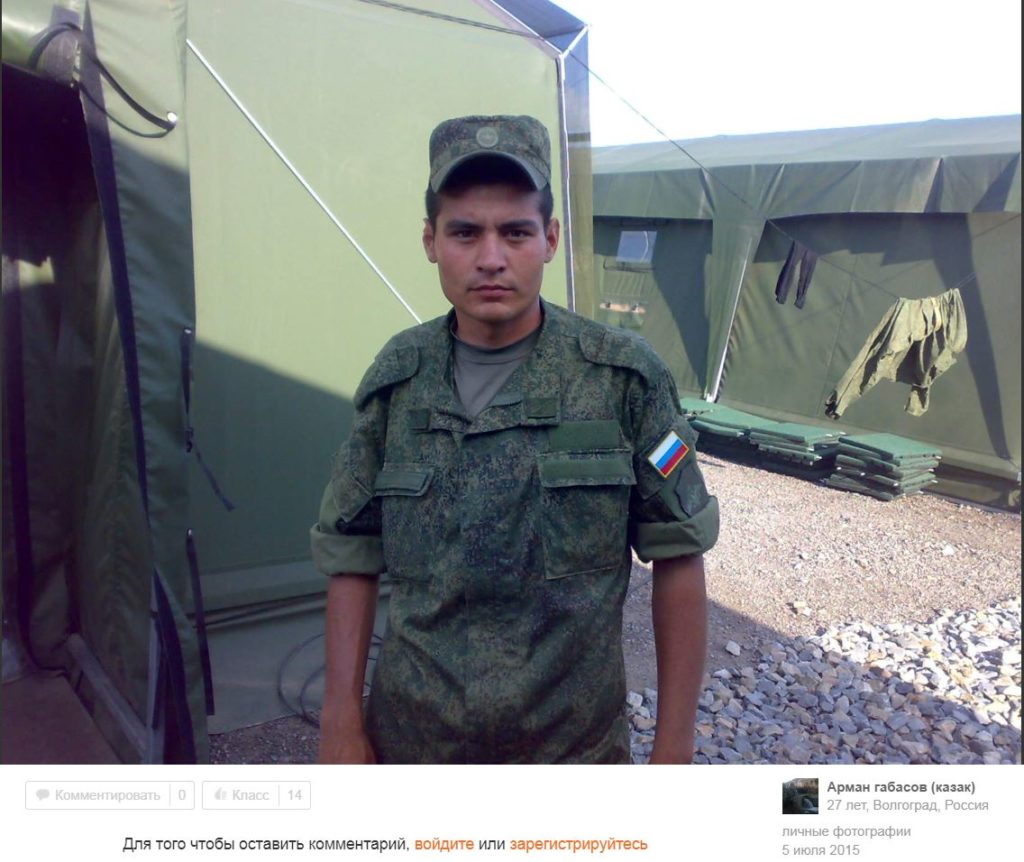 After almost a two-month pause since October 2015, many pictures with Novorossia trivia appeared in Gabasov’s album. A while later, in November 2015, several photos were posted to his album, where Gabasov poses in the camouflage uniform of the Russian Armed Forces with a shoulder patch of the 34th MRB (military unit 01485, Storozhevaya-2, Karachay-Cherkess Republic). 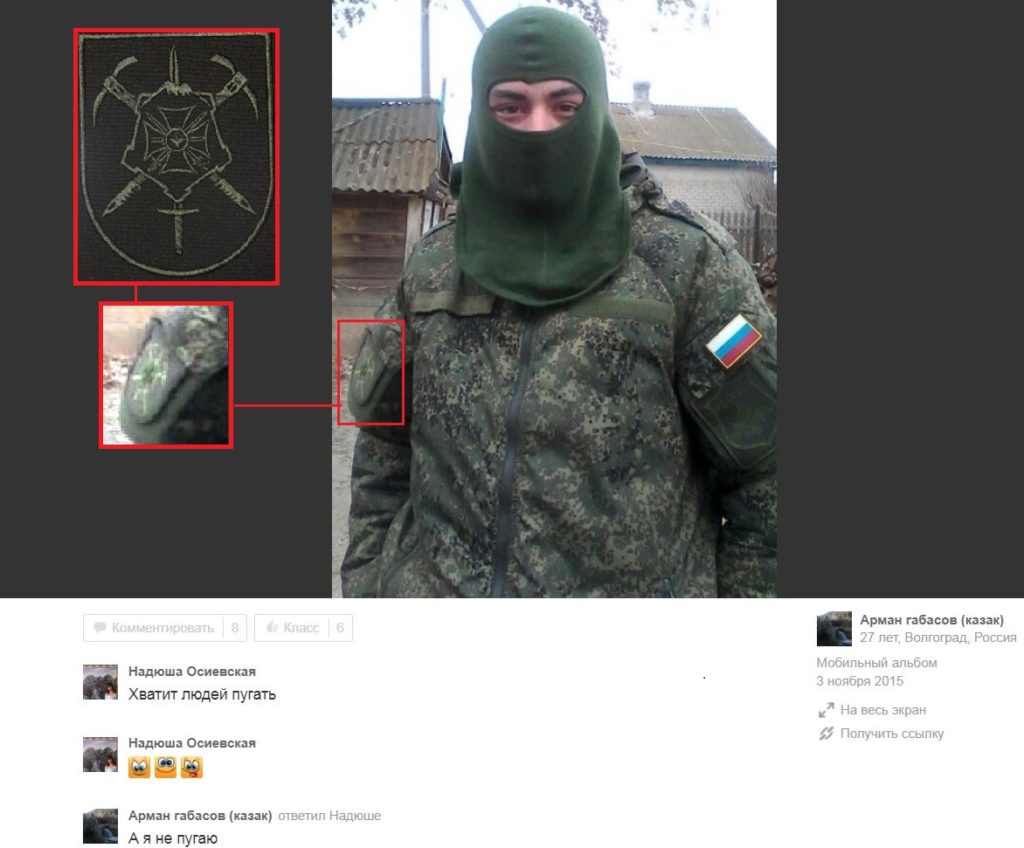 Then in March and May 2016, photos from another Ukrainian deployment were posted in Gabasov’s album. These and other pictures posted from autumn 2016 to September 2017 can be seen in Gabasov’s active VK account, which he registered after losing access to his OK account. 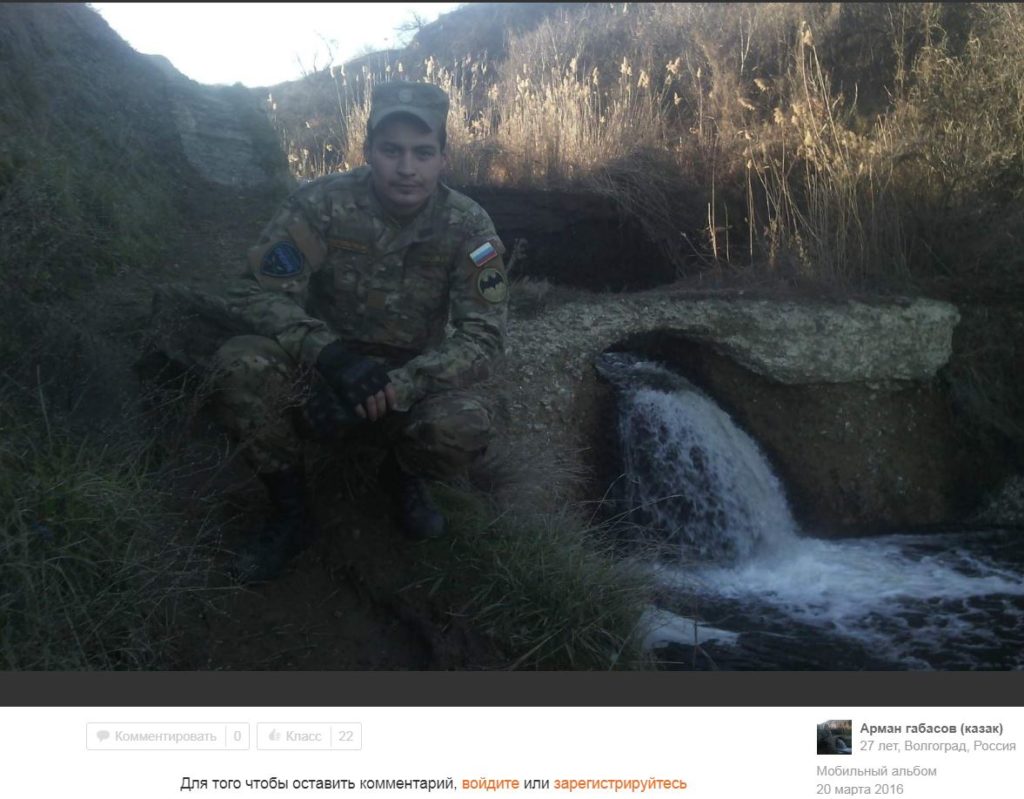 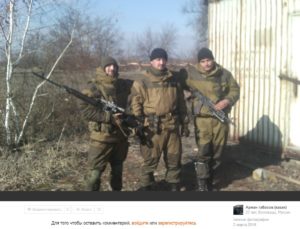 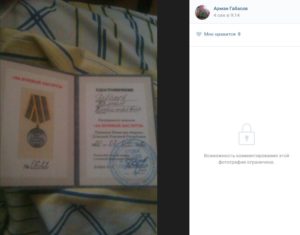 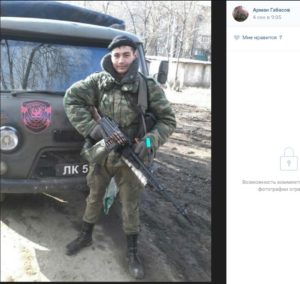 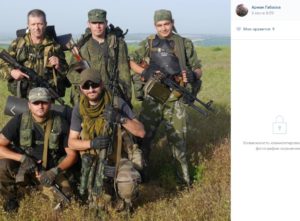 Thus, summing up the above: Gabasov, “a volunteer fighter”, is taking part in the hostilities in Donbas (apparently in the Prizrak IAG), whereas in August 2014 he signed another three-year contract with the Russian Armed Forces. This is confirmed by the November picture of 2015, where Gabasov poses with a shoulder patch of 34th MRB.

There are other important observations, such as comments on his photos of August 2015 which should be mentioned separately. In particular, this comment “There are so many girls here! and you’ve left! come back!“, which was made by a single motherAnastasia Kurilova (on ОK: archived profile, photos, contacts, VK: archived profile, photos, contacts), living in Yasynuvata, Donetsk Oblast of Ukraine, since 2014 under control of Russian hybrid forces. 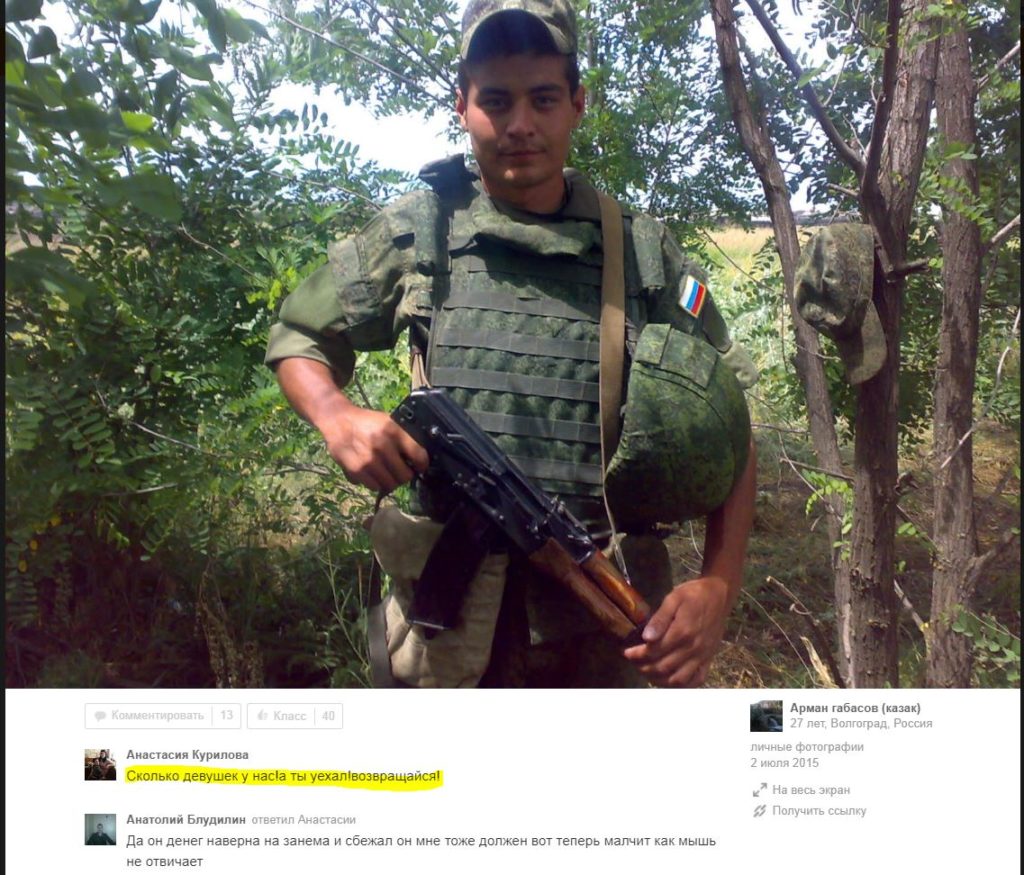 The 34th MRB has more than once come to the attention of InformNapalm.

·         Structure and armament of the 34th Motorized Rifle Brigade