Revealed: contract soldiers from the 8th MRB fought in the Donbas 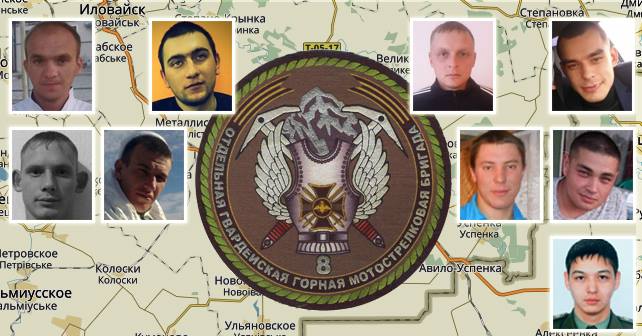 InformNapalm identified nine contract soldiers from the 8th Mountain Motorized Rifle Brigade (MRB) of the Russian Army, who took part in hostilities in the Donbas in the summer and fall of 2014.

InformNapalm volunteer intelligence community continues collection of facts proving Russian Army participation in the undeclared war against Ukraine. Apart from weaponry and equipment we have focused on identifying and making public the names of Russian war criminals who participated in the initial phase of Russian aggression, as well as those, who were spotted later, after the Minsk agreements took effect.

Each confirmed fact of Russia’s involvement in the hostilities in the Ukrainian East affects aggressor country’s reputation and takes us a step closer to the moment of justice for the perpetrators. The evidence base collected is already being used by several international organizations, and when the time comes, these materials will be brought to the attention of international investigative and judicial bodies.

This OSINT investigation of InformNapalm volunteer intelligence community deals with the pictures of several servicemen of the 8th MMRB (military unit 16544, Borzoy, Chechnya). This brigade has been recently reorganized into the 291st Motorized Rifle Regiment of the 42nd Motorized Rifle Division, Southern Military District (SMD). It is known, that tactical units of this brigade, along with other professional brigades of the SMD manned with contract servicemen (17th and 18th MRBs from Chechnya), were involved in the war against Ukraine among the first. Usually they were deployed to the forested areas bordering Ukraine and used in the hit-and-run tactics. Russian units were destroying Ukrainian frontier stations with small garrisons, which were trying to maintain control over Ukrainian state border. They also performed area cleanup operations on Ukrainian territory after the cross-border shelling from Russia or within short artillery raids into the territory of Ukraine.

This investigation yielded nine contract servicemen of the 8th MRB, who were on the Rostov-Ukraine deployments in the summer and fall of 2014. Russian “Donbas veterans” can be recognized by a few established tags: time and place of the pictures, unkempt appearance, non-standard uniforms and gear, Novorossia patches etc. 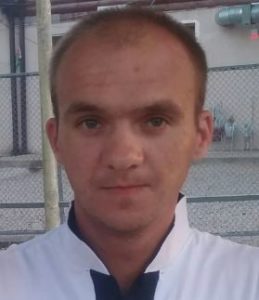 Born July 26, 1986, in Gremyachinsk city, Perm Krai, Russia. As of 2014 he was a contract soldier of the 8th MRB. Since 2017, he is a contract serviceman at the 7th Military base in occupied Abkhazia, Georgia. Social networks accounts: VK (archived profile, photos, contacts).

There are several signs pointing to Minin’s participation in the Russian invasion, including in August and September 2014. There are pictures from invasion forces base camp geotagged to Rostov Oblast, pictures of the life in the field of the 8th brigade’s military men from the areas bordering Ukraine. Note the non-standard outfit of Russian contract servicemen (gorka suites and camouflage smocks), and also a control vehicle with side number painted over. Another indirect proof is the picture in which Minin poses with his comrade Osipov who lost his arm in Donbas (we wrote about him earlier, in 2014 and 2016, see more: The price of silence: a medal, a war vet ID and Kia Rio). 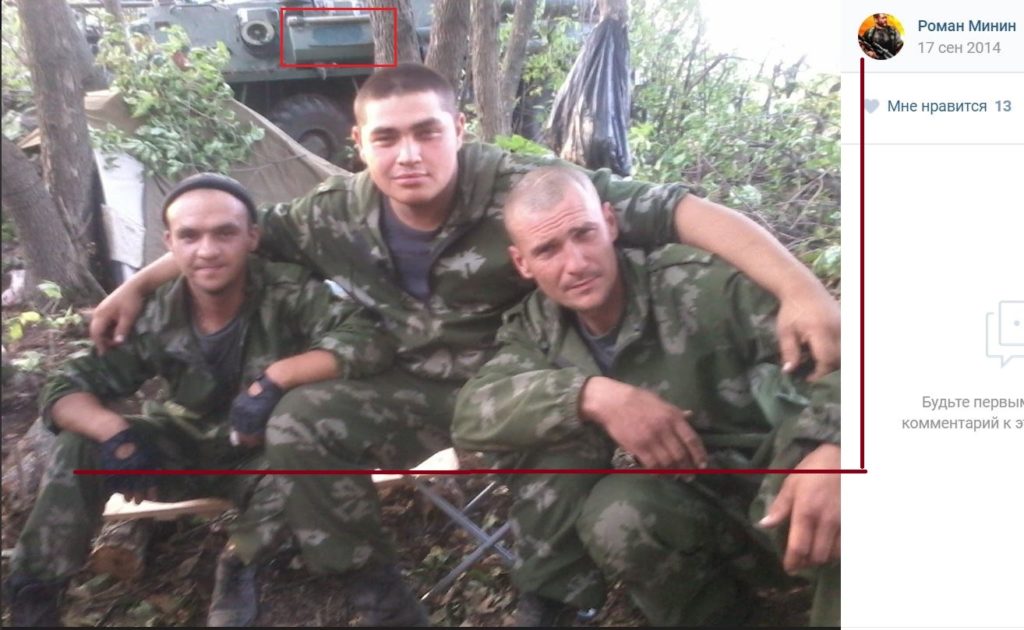 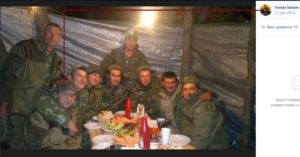 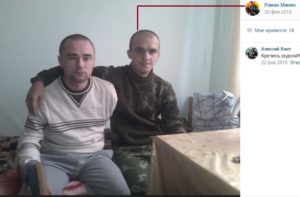 By analyzing Minin’s photos we managed to identify his other colleagues who went on the Rostov – Ukraine deployments of 2014. 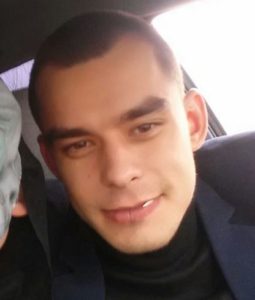 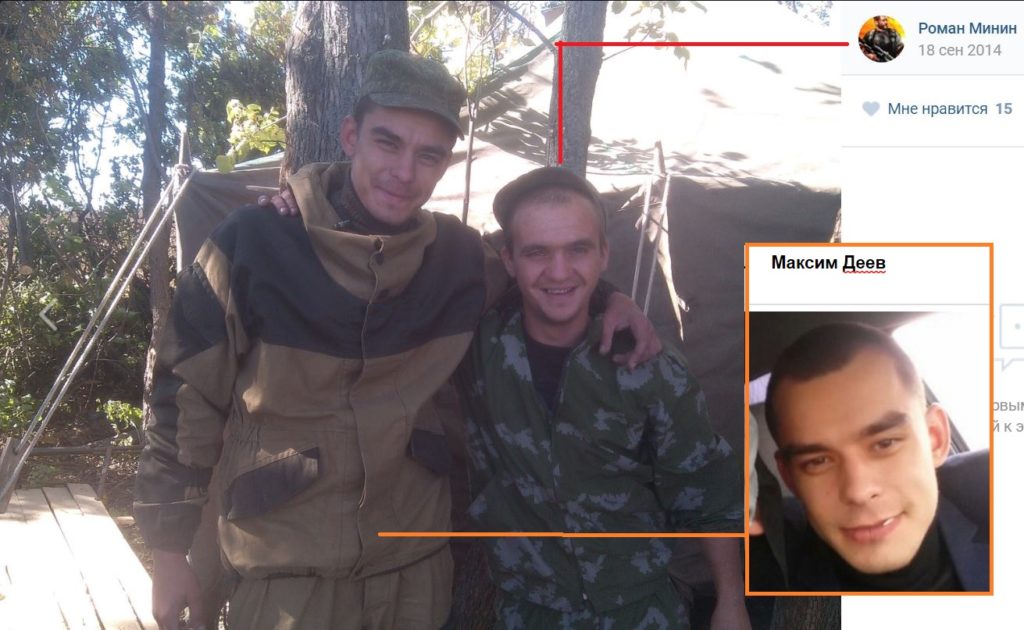 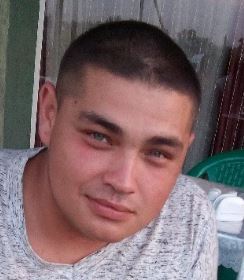 Born February 2, 1993 in Sterlitamak, Republic of Bashkortostan. He is a member of the military since 2012 to date, we presume that he currently serves at the 291st regiment (former the 8th MRB). Social networks accounts: VK1 (archived profile, photos, contacts), VK2 (he used a nickname Marinin), VK3 – profiles are inactive since 2015.

In Sharifullin’s abandoned profile there are the same picture as in Minin’s album, uploaded with 3 days delay. Sharifullin’s album also contains another picture from 2014 deployment, which, most probably, was taken in the borderline area featuring a couple of APCs and a KamAZ military truck with tactical markings painted over. 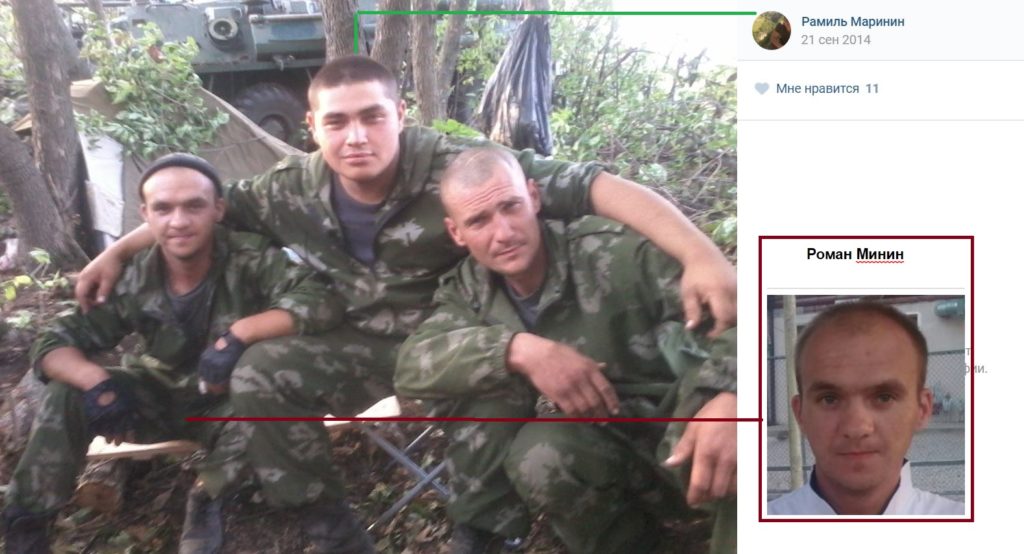 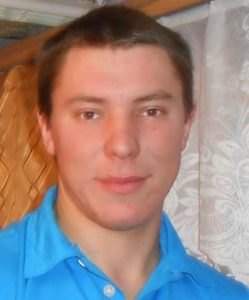 Born May 24,1994, in Kshensk, Kursk Oblast. He has been in the military since 2013, and is probably still serving. After his conscript service with the navy in 2013-2014, he became a contract serviceman with the 8th MRB, where he presumably served till its reorganization in the 291st Regiment. Social networks accounts: VK (archived profile, photos, contacts), OK (archived profile). He was identified on a group photo of the contract servicemen from the 8th MRB of summer and fall 2014 deployment, where he was taken with Minin and Sharifullin. 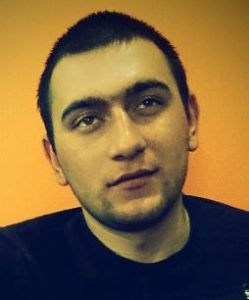 Born March 9, 1992, in Elista, Kalmykia. As of 2014 – 2016 he was a contract soldier of the 8th MRB. Social networks accounts: OK (archived profile, photos, contacts), VK1, VK2, VK3 – profiles are inactive since 2015. He was identified on the group photo of the contract servicemen from the 8th MRB of summer and fall 2014 deployment, together with Minin, Sharifullin and Slesarenko. 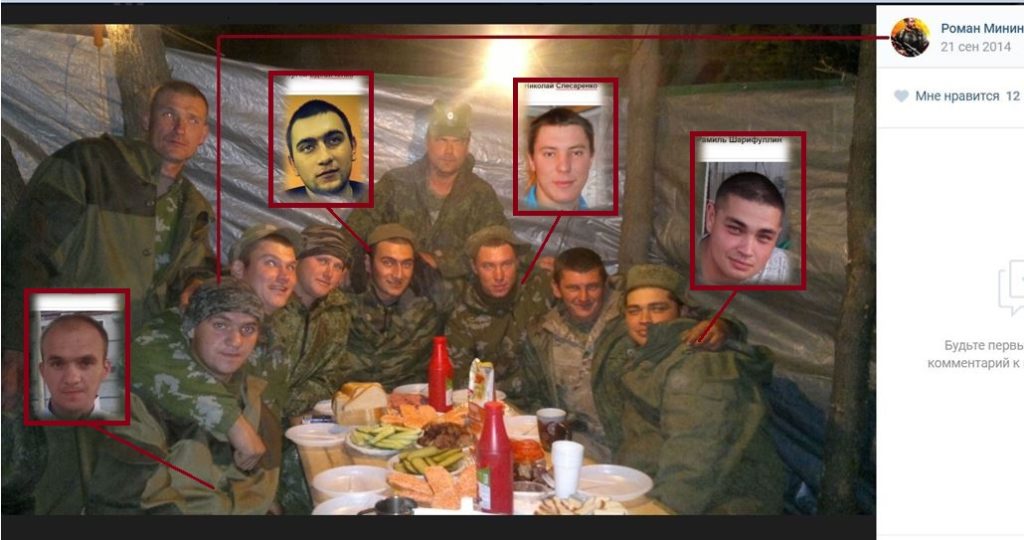 Among friends of abovementioned investigation objects, we have spotted another contract soldier, whose photo album gives us plenty of information about his participation in a Rostov – Ukraine deployment in 2014. 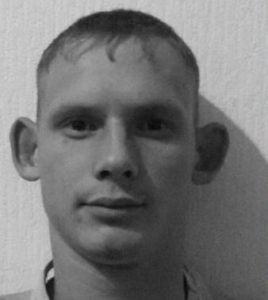 Born March 25, in Slavgorod city, Altai Krai. As of 2014 – 2015 he was a contract soldier of the 8th MRB. Social networks accounts: OK (archived profile), VK (archived profile, photos, contacts, this page is inactive since 2015).

In the Korolev’s photo album it is necessary to highlight a photo, uploaded on October 14, 2014, where he poses in a camouflage smock with a raid backpack, a rifle with silencer, two paired magazines (magazines are normally taped together for convenience in active combat) and a St. George ribbon on his rifle sling.

Korolev’s album also contains other pictures from this period without geotags, however, judging by non-standard outfit and gear of the Russian soldiers, they were not on training missions.

One of Korolev’s pictures posted in October 2014, helped us to identify three of his comrades, also participants of combat deployment to Donbas. 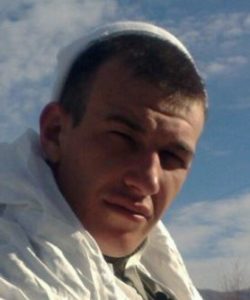 Not only is Botvin shown in the abovementioned picture from Korolev’s album, his own album also contains the picture from 2014 combat assignment period, and Botvin himself is identified in the photo from the album of Vdovichenko. 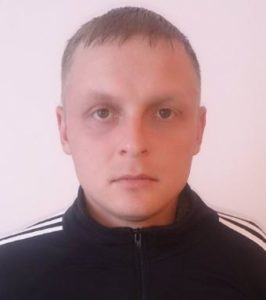 Born September 1, 1992, in the town of Ochior, Perm Krai. As of 2014 – 2016 he was a contract soldier of the 8th MRB, and probably he is still serving there. Social networks accounts: VK (archived profile, photos, contacts). 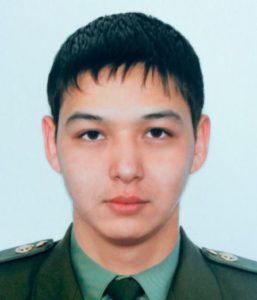 Born March, 22, in Tyumen Oblast, presumably in Surgut city. As of 2014 – 2016 he was a contract soldier of the 8th MRB. Judging by the new posts in his profile (from the town of Klintsy, Bryansk Oblast) we assumed that Sakaev has reenlisted to the 488th Motorized Rifle Regiment (military unit 12721, the town of Klintsy, Bryansk Oblast) which makes part of the new 144th Division of Western Military District. Social networks accounts: VK (archived profile, photos, contacts), OK (archived profile).

Almost a year ago the 8th Mountain Motorized Rifle Brigade has ceased to exist. It was created less than 10 years ago. Unlike conventional motorized rifle brigades, it was from its creation dedicated to specific missions, with emphasis on operations in the mountains. The brigade was fully staffed with contract soldiers, mainly with experience of service in the North Caucasus. Within the current reform, which entails creation of a new motorized rifle division within the 58th Army (Southern Military District), the 8th MRB (military unit 16544) is also being restructured into the 291st Motorized Rifle Regiment within the brand new 42nd Motorized Rifle Division, with same permanent station in Borzoy village.

8th MRB has featured in many investigations of InformNapalm in the context of Ukrainian deployments:

This publication was prepared by Irakli Komaxidze specially for InformNapalm.

No Responses to “Revealed: contract soldiers from the 8th MRB fought in the Donbas”