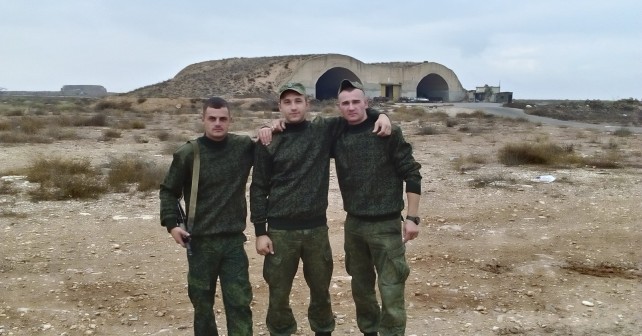 Due to the fact of another ceasefire violation in Donbas by the Russian mercenaries, and in connection with the missile and rocket strikes on civil objects in Syria, InformNapalm community continues to publish the information about the Russian official air operation and unofficial ground one.

Russia, claiming she fights with terrorists, creates socio-economic and political tensions in the Middle East and provokes refugee flows to EU.

In the course of new OSINT investigation, InformNapalm registered that the Russian special services’ personnel increasingly tries to hide any tracks of presence of the Russian servicemen outside the perimeter of Hmeimim airbase in Latakia. This is logical, since existence of other ‘secret’ Russian bases or combat operations in other Syrian provinces go beyond Moscow’s official position. In particular, recently a sudden deletion of Aleksandr Serdiukov’s (born on September 5, 1992, in Elista, Republic of Kalmykia, Russia) social profile was registered. He serves in the 336th separate marine brigade of the Baltic Fleet in Baltiysk (archive 1, archive 2). 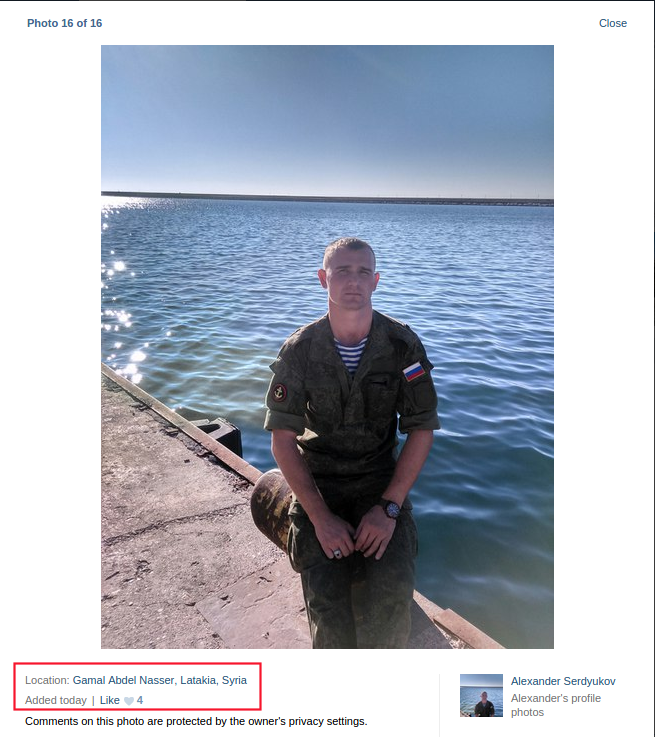 It seems there is nothing special – a common contract marine guards a military base of the Russian armed forces. But the detailed analysis of the data on Serdiukov has brought to light some interesting details.

Please pay attention to the photo of Aleksandr together with his brothers-in-arms in front of an aviation equipment hangar (archive). 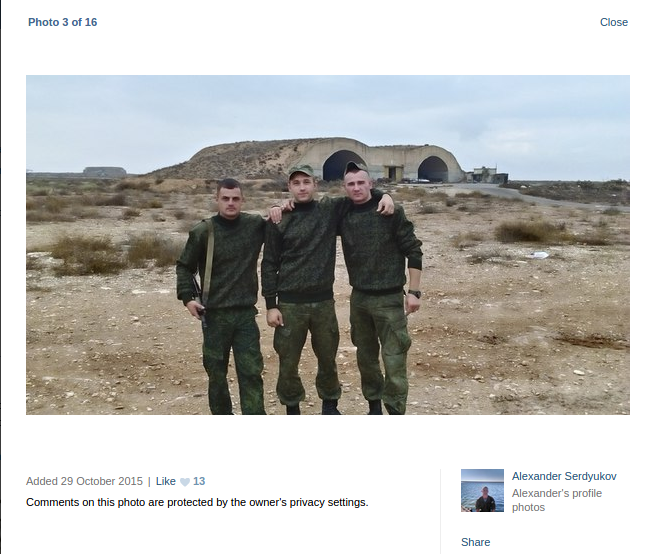 InformNapalm has done a research and analyzed the satellite pictures. They showed that the Baltic marines were deployed pretty far from Latakia. Here you can see the place where the photo was taken.

This Khalkhalah military base is located to the South of Damascus. 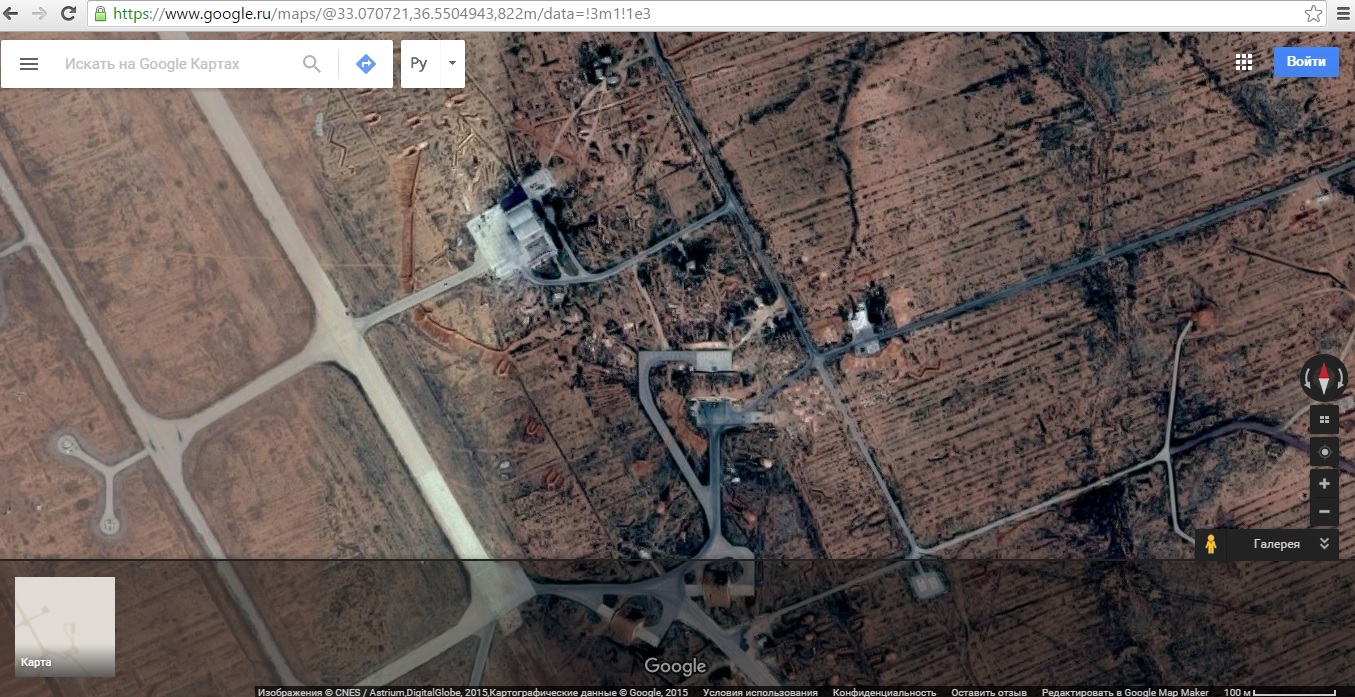 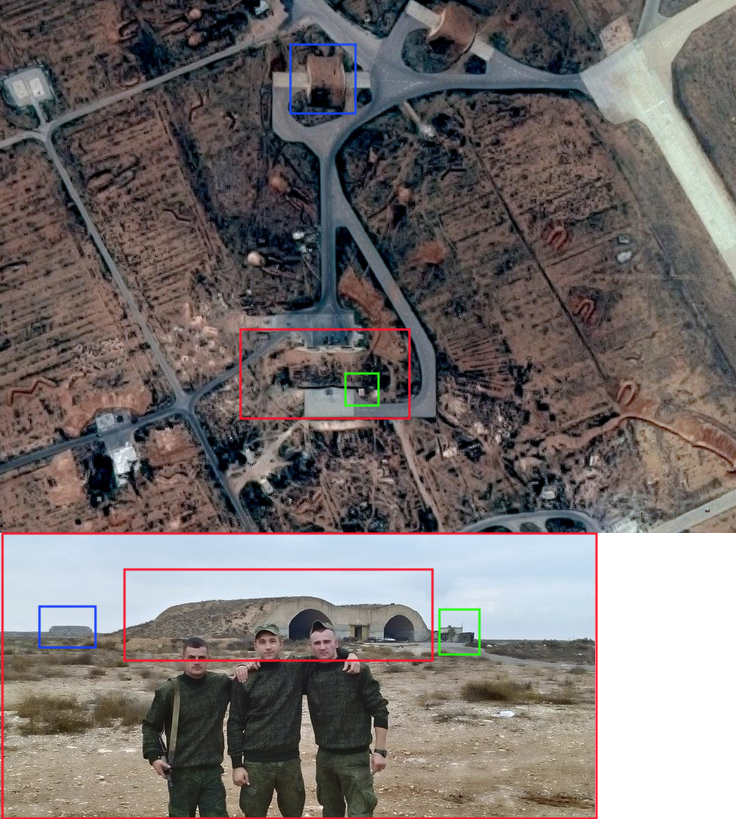 This information is yet one more proof that the Russians actively operate all over Syria. For example, other sources confirm that the Russian servicemen stay at the airbase near Hama (1, 2). 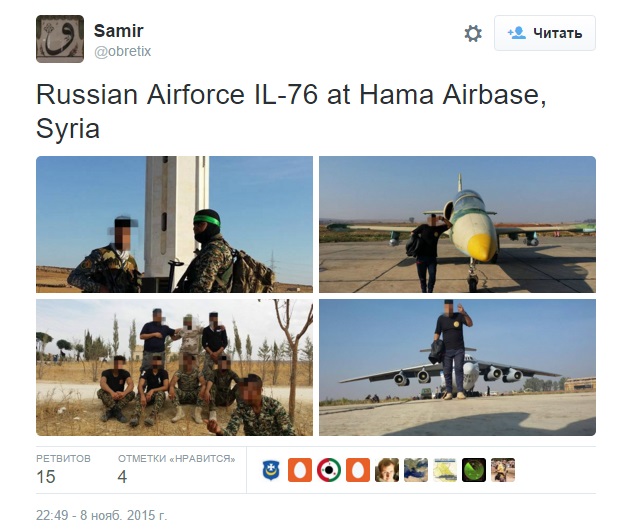 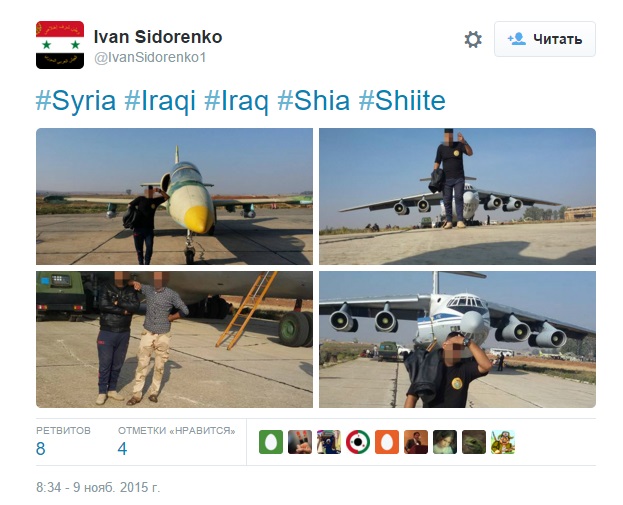 Besides the Syrian aircrafts, the picture shows also the Russian Il-76 planes deploying troops, equipment and weaponry to Hama.

As for the Serdiukov’s military unit identification – he served in the 58th army of the Russian armed forces (archive), then signed a contract and became a marine (archive). 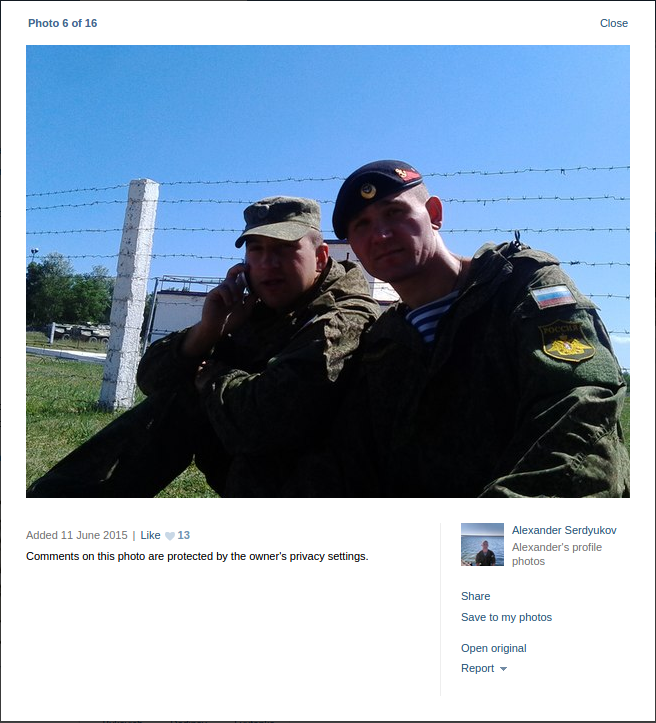 ‘White dolphin over the sea’, a known symbol of the 336th marine brigade, can be noticed in the private photo of the marine sitting on a brand new BTR-82A vehicle (archive). 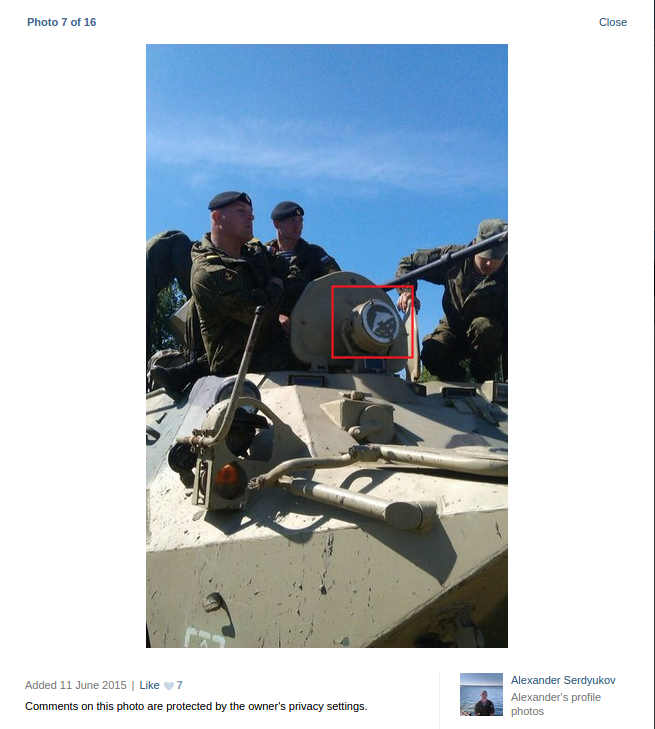 The same sign can be found in the pictures from the official group of the 336th brigade here and here. ‘White dolphin’ is the official symbol of the unit. Moreover, this brigade took in service new BTR-82A units with the same coloring pattern in 2013 (article, archive).

Also you can take a look at our other materials about the Moscow’s unofficial and unrecognized ground operation in Syria:

1. Russia Mired in the Ground Operation in Syria. Russian Servicemen Are in Hama Province;
2. It Is Hard To Survive in Syria Without A Passport. Russian 28th Brigade in Syria;
3. Russia’s Minister of Defense Shoygu Sent His Countrymen to Syria;
4. Russia Began a Concealed Ground Operation in Syria;
Here are more OSINT investigations tagged ‘Syria‘.

10 Responses to “Russian Marines of the Baltic Fleet’s 336th Brigade Got Lost in As-Suwayda Province, Syria”