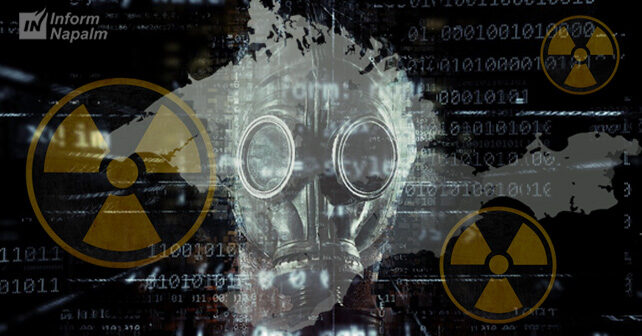 “Russia is preparing for the deployment of nuclear weapons on the territory of the temporarily occupied Crimea. Russia’s preparation for the deployment of nuclear weapons in Crimea is a serious danger to the whole of Europe and the civilized world. An attempt by the Russian Federation to assert dominance in the Black Sea basin is a major threat to the economies of Ukraine, Turkey and other European countries,” said Minister of Defense of Ukraine Andriy Taran on December 18, 2020.

Bohdan Ustymenko, an expert in international maritime law and First Deputy Head of the State Hydrography Service of Ukraine in 2019, commented on this statement to the Telegraph and recalled numerous facts confirming that Russian nuclear weapons have long been present in Crimea and in the Black Sea.

“On January 26, 2015, the Russian news site Gazeta.Ru reported that a territorial subdivision of the 12th Main Directorate of the Russian Ministry of Defense (12th GU MO) was formed in Crimea, the department is responsible for technical maintenance and security of the nuclear arsenal. The head of the 12th GU MO, Yuri Sych, then confirmed to the journalists the fact of setting up of the aforementioned unit in Crimea, notes Bohdan Ustymenko. – On April 15, 2015, one of the leaders of the Crimean Tatar national movement, Mustafa Dzhemilev, said that Russia was working around the clock to restore the nuclear weapons storage facility at the military base in the Kiziltash tract located between Sudak and Koktebel. Dzhemilev spoke about the facility, which in Soviet times was called Feodosia-13 and was built from 1951 to 1953 under the personal control of Lavrentiy Beria.”

The expert recalled that the Chief Directorate of Intelligence of the Ministry of Defense of Ukraine found that as of August 2016, nuclear delivery vehicles – military aircraft, ships and submarines – were already positioned on the Crimean peninsula.

“InformNapalm volunteer intelligence community and a well-known Crimean expert Andriy Klymenko also reported on the restoration of the nuclear weapons storage facility and the presence of nuclear delivery vehicles in Crimea,” recalls Bohdan Ustymenko. – I would also like to draw your attention to the following important facts. Nuclear weapons are divided into strategic and tactical. Strategic nuclear weapons include intercontinental ballistic missiles (ICBMs), submarine launched ballistic missiles (SLBMs), and airborne weapons. Tactical nuclear weapons are not as powerful as strategic, and are intended for close combat operations. At the same time, it is much more difficult to detect them than strategic ones, since tactical nuclear weapons share the same control systems and service algorithms with their conventional (non-nuclear) counterparts.” 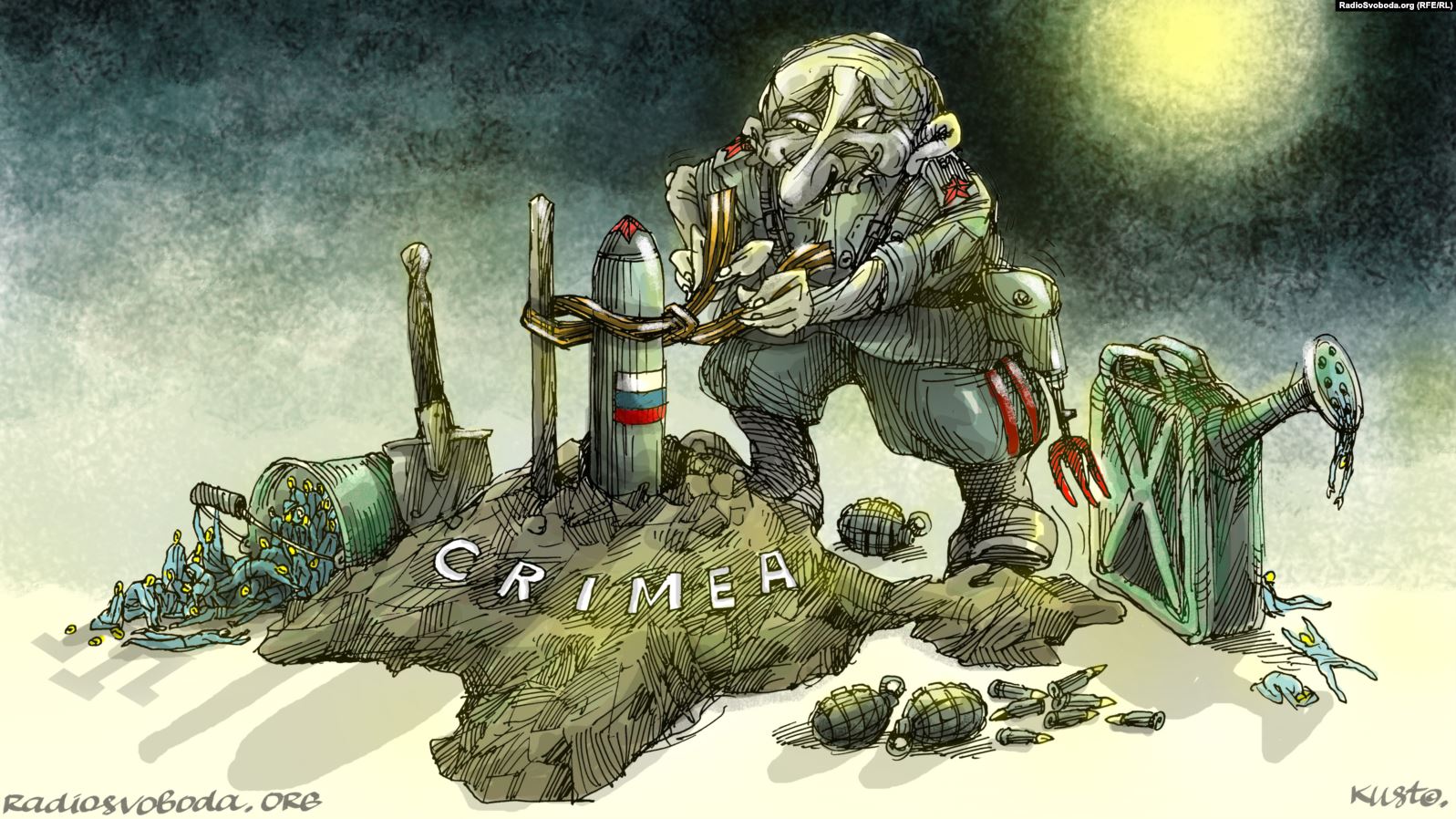 According to Bohdan Ustymenko, tactical nuclear weapons have probably been in the Sevastopol Bay for a very long time – first on Soviet and then on Russian ships and submarines of the Black Sea Fleet. That is, they have remained there since Soviet times to our days.

“These circumstances are also confirmed by my colleague Pavlo Lakiichuk, head of security programs at the Strategy XXI Center for Global Studies, a retired navy sailor,” emphasizes Bohdan Ustymenko. – The presence of nuclear weapons on ships and submarines of the Russian Black Sea Fleet is also corroborated by the fact that the Sixth Department (its other name is the Special Department) is now operating within the structure of the fleet to organize maintenance and storage of nuclear weapons. It should also be noted that this department had existed before the occupation of Crimea and is to this day located at: 27 Lenin Street, Sevastopol.”

According to the expert, the above numerous facts, taken together, give strong reasons to believe that nuclear weapons are located both on land in Crimea and in the waters of the Black Sea around the Russian-occupied Ukrainian peninsula.

Let us recall that during the US elections in early November 2020, representatives of the OSCE PA received the guide book Crimea Behind the Curtain. Guide to the Occupied Zone. This guide book was developed by the Prometheus Security Environment Research Center and contains exclusive materials on the occupation and militarization of Crimea collected by the InformNapalm community through OSINT investigations. The pages of the publication also contain exclusive photographic evidence of how Ivan Isarov, a serviceman of the North Caucasus Regional Command of the Russian Guard, and his colleagues took selfies against the background of the Feodosia-13 nuclear weapons storage facility in 2016. At the same time, the activity of Russian military personnel from the Nuclear, Biological, Chemical Protection units was also detected in this area which, probably, were carrying out the de-mothballing of the Feodosia-13 facility. 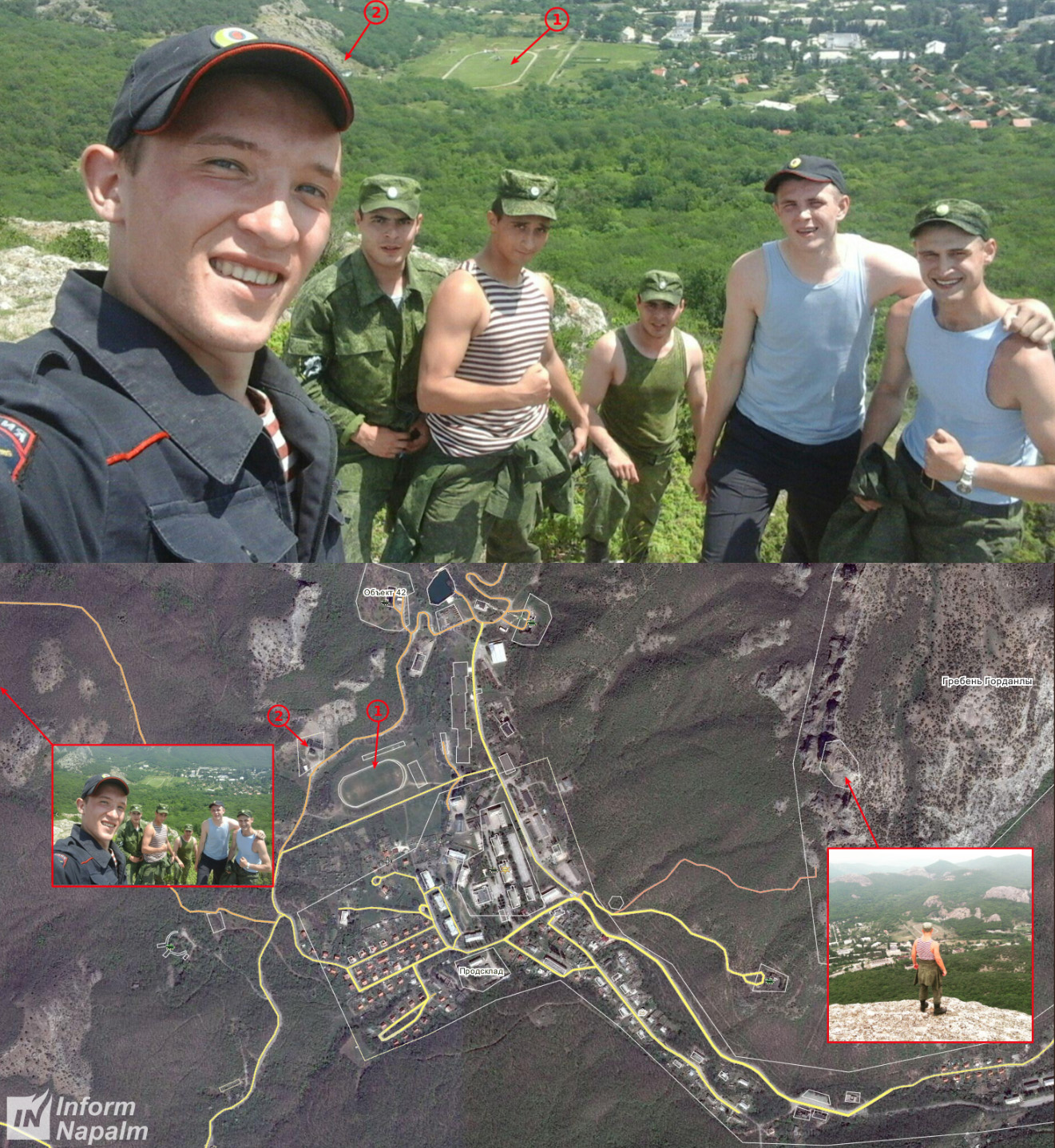 The book Crimea Behind the Curtain. Guide to the Occupied Zone is also available for review and distribution in PDF format in 5 languages: Ukrainian, English, German, Turkish and Russian.