Russian occupiers shelled the Trudovskyi bus station as a provocation 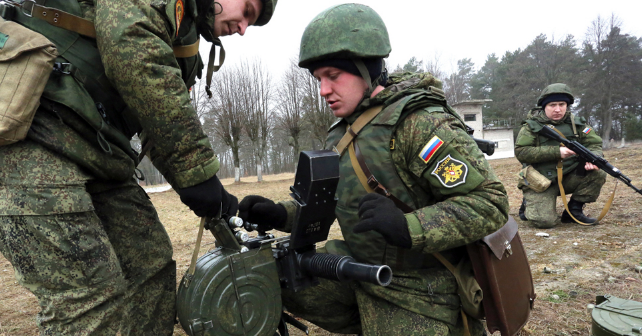 On May 20, 2017, Russian occupation forces in an attempt to discredit the Ukrainian Armed Forces shelled the Trudovskyi bus station in Petrovskyi district of Donetsk from an automatic 30 mm AGS-17 grenade launcher. As a result of the shelling, two civilians were injured: Victor Borisovich Bayra, born in 1963, and Nikolai Anatolyevich Usovich, born in 1956. In the photographs of the propagandist Sergei Belous, the remnants of the VMG-M fuse from the 30 mm VOG-17M grenade are clearly visible at the scene. The marking indicates the date of manufacture: 1988. 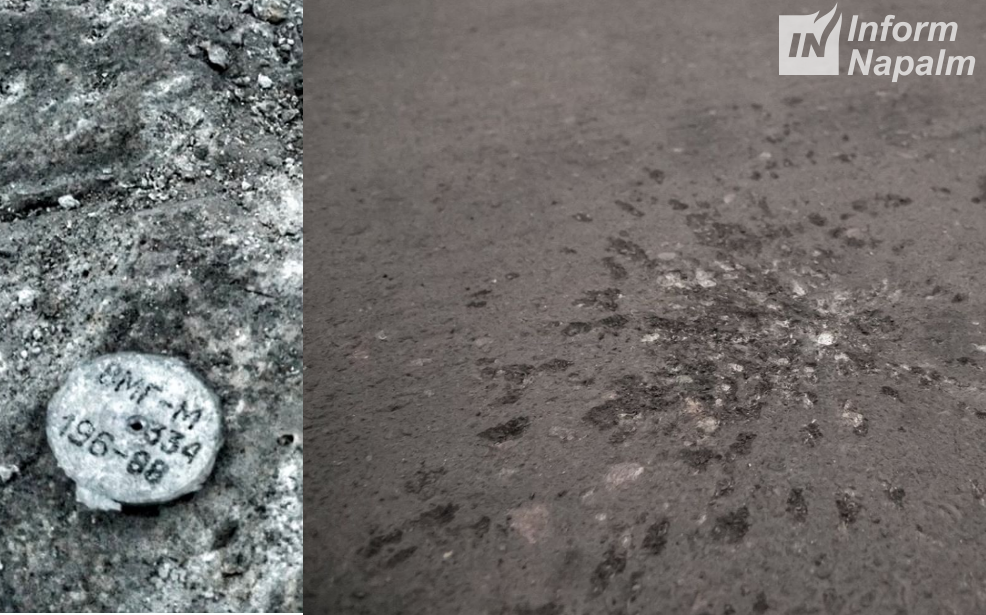 Informational support of the provocation

A few hours after the bombardment, the second part of the provocation was realized. The shout of the occupation administration, the so-called DAN agency (Donetsk News Agency), was turned on, and accused of the shelling the Ukrainian military. Their information was immediately picked up by the Kremlin’s propaganda resources and public groups in social networks. 42 thousand results were provided by the Google search engine to the query “May 20, shelling Trudovskyi.” 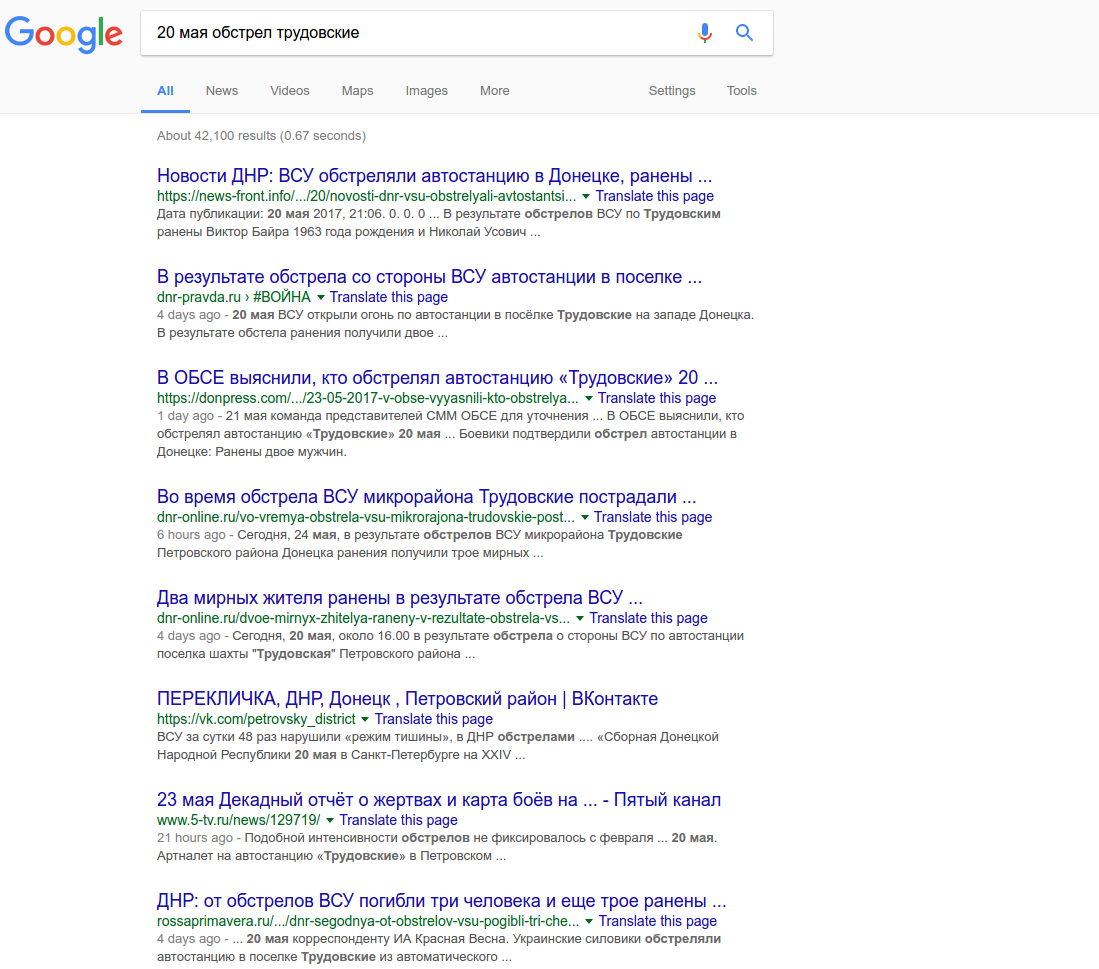 On May 21, 2017, in the official report of the OSCE monitoring mission in Ukraine on this incident, the following was published  :

“At the Trudovskyi bus station the SMM saw three fresh impact sites, within a 50m diameter, and saw shrapnel assessed as consistent with VOG-type grenades. One – a 20cm hole – was in the eastern side of the roof of a building. The SMM noted that the roof had also sustained shrapnel damage. Another was on a concrete-tiled pavement and the third impact site was on the asphalt surface of the parking lot. The SMM assessed the last two impact sites as caused by automatic grenade launcher fire from a north-easterly direction. Splinter grooves and visible soot around both impact sites had formed semicircles of about 0.9-1m in diameter extending from south-east to north-west.”

Thus, representatives of the CMM OSCE confirmed the use of a 30 mm grenade for the machine-gun grenade launcher, and also indicated the direction of the arrival of the grenade from the north-eastern direction. Knowing the type and direction, we use the map of the demarcation of the sides from liveuamap. It is worth noting that the maximum range of VOG-17M grenades is 1700-1800 meters (for reference: the upgraded grenade GPA-30 has 2,200 meters range). We will measure on a map 1800 meters in the northeast direction from the Trudovskyi bus station. It turns out that the fire was fired from the territory controlled by the Russian occupation forces. It is very unlikely that Ukrainian saboteurs with a grenade launcher on their shoulders could pass unnoticed through the first line of defense, then residential neighborhood, fire grenades, and calmly return to their positions. 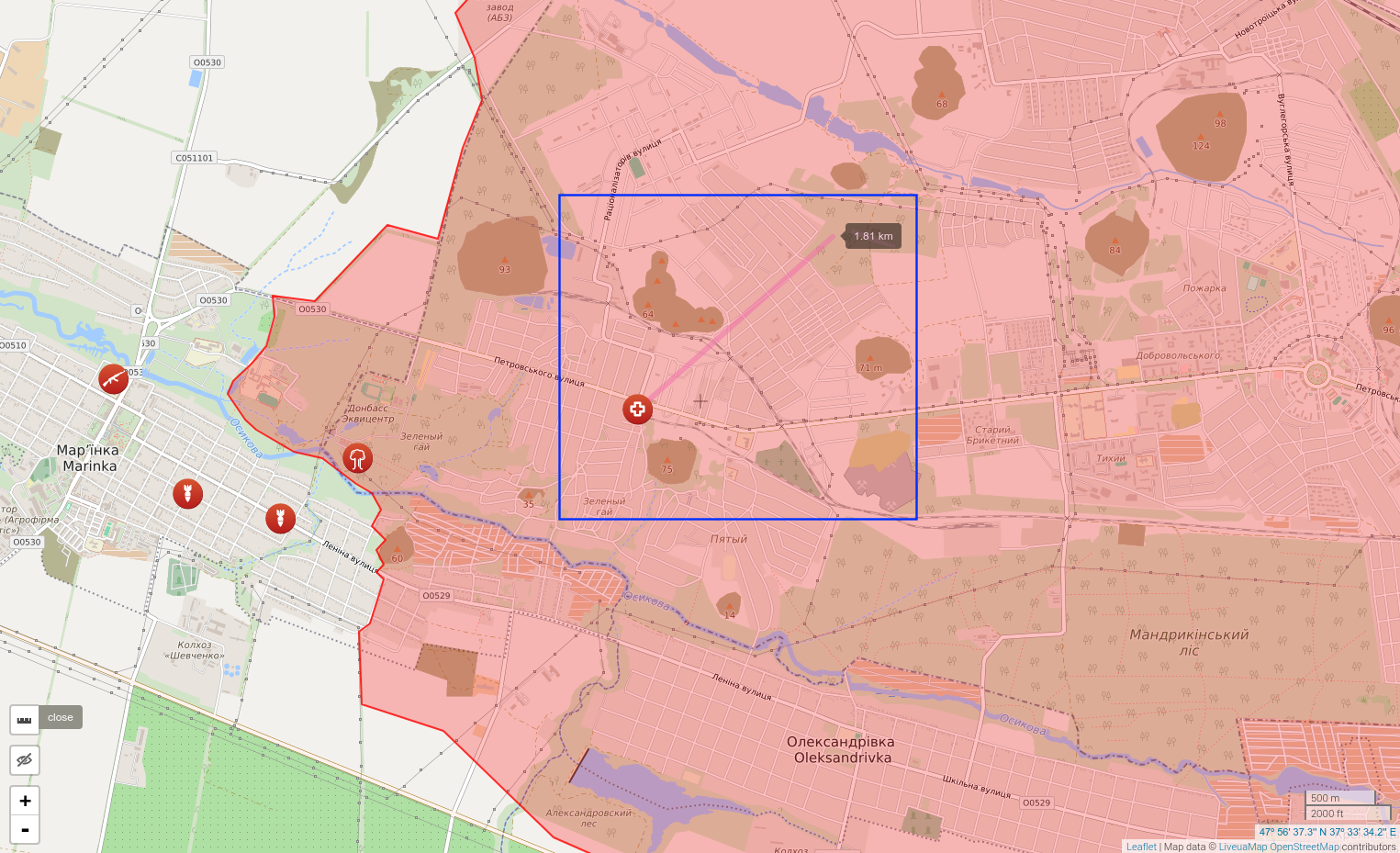 On May 24, 2017, the bus station was shelled again. As a result, two civilians were injured: Vladimir Ivanovich Soldatov, born in 1953, and Ms. Zhilina, a teacher of the secondary school No.103.

Thanks to Necro Mancer.for the prompt information on what is happening in the occupied territories.