Ryanair flight over Belarus was intercepted by a MiG-29 fighter from 61st Airbase. Details 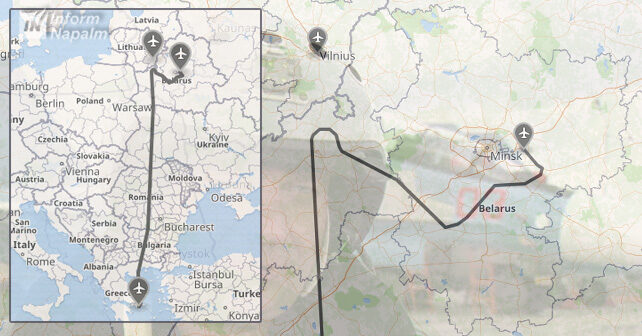 In order to capture the opposition Belarusian journalist Roman Protasevich, the Lukashenka regime took an unprecedented step and performed a multi-level operation with elements of air piracy and terrorism. These actions created a threat to the life and safety of citizens of different countries, including citizens of the EU and the United States. In addition to representatives of the Belarusian special services, Belarusian air traffic controllers and the air force of Belarus were also involved in the operation. We have grounds to believe that the intelligence services of the Russian Federation took an active part in this operation. There are unconfirmed reports that in addition to the detained co-founder of the opposition channel Nexta Roman Protasevich and his girlfriend, Russian citizen Sofia Sapega, 3 more Russian citizens remained at the Minsk airport. The Russian Federation also became the only country that supported the actions of the Lukashenka regime at the official level and did not condemn the hijacking of the plane, which also had Russian citizens on board.

Information about the “bomb on board” of the aircraft

On May 23, 2021, Ryanair’s flight FR4978 from Athens to Vilnius was forcibly diverted to Minsk airport. Belarusian air traffic controllers advised the plane’s crew about the threat of an explosion if the plane lands in Vilnius. Apparently, the crew tried to the last to reach the border, until the MiG-29 fighter of the Belarusian Air Force, armed with air-to-air missiles, was used to strengthen the requirement to land in Minsk. As can be seen from the flight path of FR4978, the aircraft at that time was in the airspace of Belarus, 83 km south of Vilnius and 170 km west of Minsk. Only about 30 km remained to the border with Lithuania. This is confirmed by the information from Flightradar24. 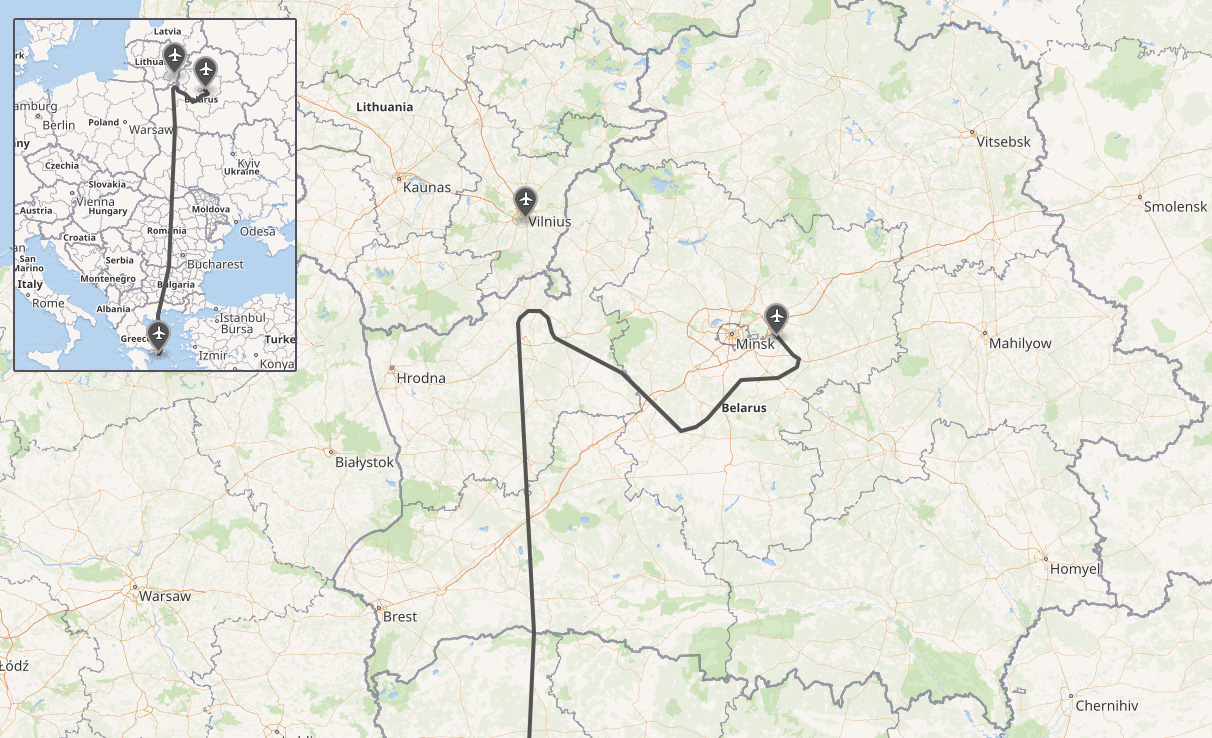 From open sources it became known that a MiG-29 fighter of the Belarusian Air Force took off to intercept the Ryanair aircraft from the Baranovichi airfield.

InformNapalm volunteer intelligence community made further research and found that the MiG-29, which performed this task, was assigned to the 61st Fighter Aviation Base (military unit 54804), which is located in the city of Baranovichi. It has been found that the commander of this base is a military sniper pilot, head of the Baranovichi garrison, Colonel Yuri Pyzhik. We assume, it was he who gave the orders to the crew of the MiG-29 fighter; the order must have ultimately come from Lukashenka. 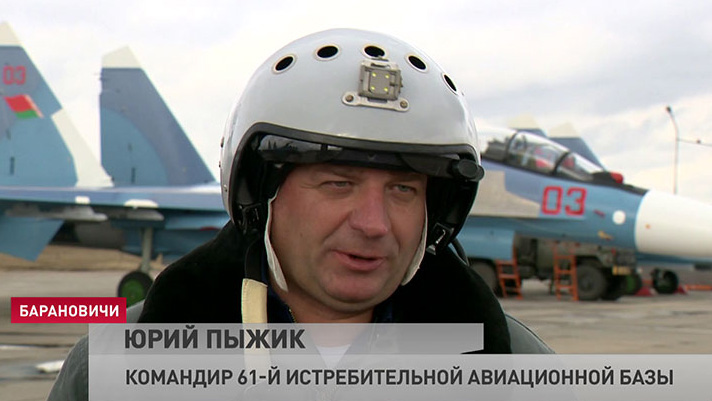 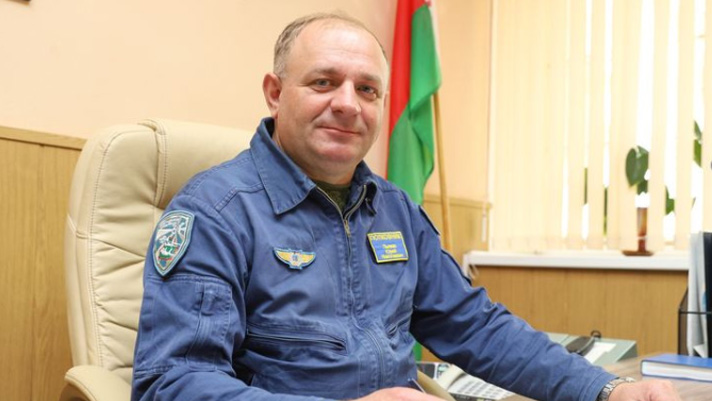 How Moscow is pushing Minsk into international isolation

As a reminder, in 2015, InformNapalm published an OSINT investigation on the signs of the preparation of a Russian Air Force bridgehead in Belarus, which dealt with the redeployment of Russian attack aircraft and personnel to the territory of the 61st Fighter Air Base in Baranovichi. Later, representatives of the Russian Armed Forces explained that they were patrolling the “borders of the Union State.”

This was far from the only example of the long-term involvement of Belarus in Russian military operations against other countries. The Kremlin has been systemically pushing the Lukashenka regime for years to commit actions leading to the international isolation of Belarus. Back in February 2020, during the international panel discussion “Hybrid war of the Russian Federation against Belarus”, the Belarusian journalist and head of the Belarusian editorial team of InformNapalm, Dzianis Ivashin, drew attention to the plethora of military activity of Russia around and inside Belarus.

We are sad to remind that Belarusian journalist Dzianis Ivashin also became a target of persecution by the Lukashenka regime for his journalistic activities. On March 12, 2021, he was arrested by the KGB of Belarus in Hrodna, the formal reason for this was his journalistic investigations against the former employees of the disbanded Ukrainian Berkut riot police unit, who fled to Belarus and began to serve the Lukashenka regime, suppressing peaceful protests.

Text by Roman Burko. Translated by Andrii Gryganskij, edited by Artem Velichko. Distribution and reprint with reference to the source is welcome! InformNapalm materials are available under a public license Creative Commons Attribution, CC BY. The condition for using our materials is a hyperlink to the original source in the first or second paragraph of your publication. InformNapalm social media pages:

No Responses to “Ryanair flight over Belarus was intercepted by a MiG-29 fighter from 61st Airbase. Details”