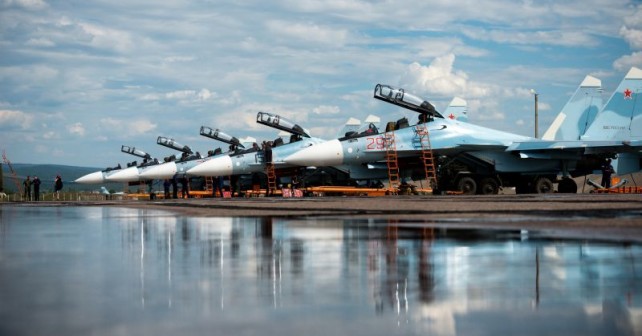 Thanks to the photo reportage by topwar.ru (archive) we gathered detailed information about the crew of the Su-30SM aircraft of the 120th mixed aviation regiment (military unit No. 63559, village of Domna, Chitinsky raion, Zabaykalsky Krai, Russia) which has side No. ‘red 27’, tail No. ‘RF-93686′ and serial No. ’10MK5 1110’.

Facts, which prove the crew of the ‘red 27’ aircraft took part in the punitive operations against the Syrian people, were published on the official YouTube channel of Russia’s Ministry of Defense in the video titled ‘Everyday life of the Russian fighter aviation at the Hmeymim air base in Syria‘.

The InformNapalm international volunteer community continues to gather and publish personal data on the officers of the Russian air forces, who participate in the Russian military operation in Syria, which has taken dozens of lives by now. This publication, as another part of the asymmetric response to the Kremlin’s war crimes in Syria and as response to the ceasefire violations in Donbas, makes public the information about the Su-30SM aircraft’s crew: 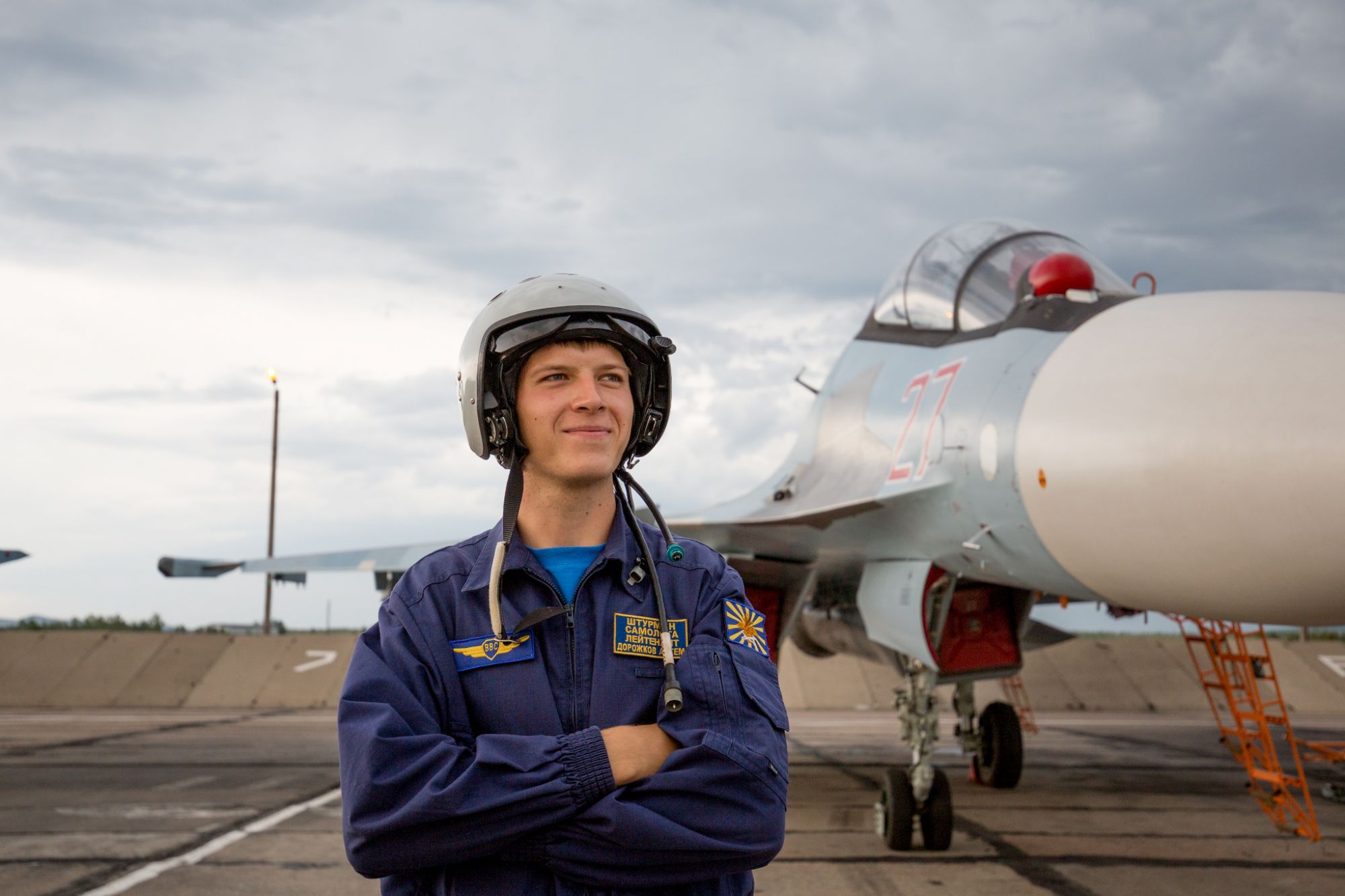 Place of birth: Ufa, on February 4, 1988. Education: graduated from Krasnodar Military Aviation Institute of Pilots in 2010. Marital status: married. Relatives: a daughter and a sister. 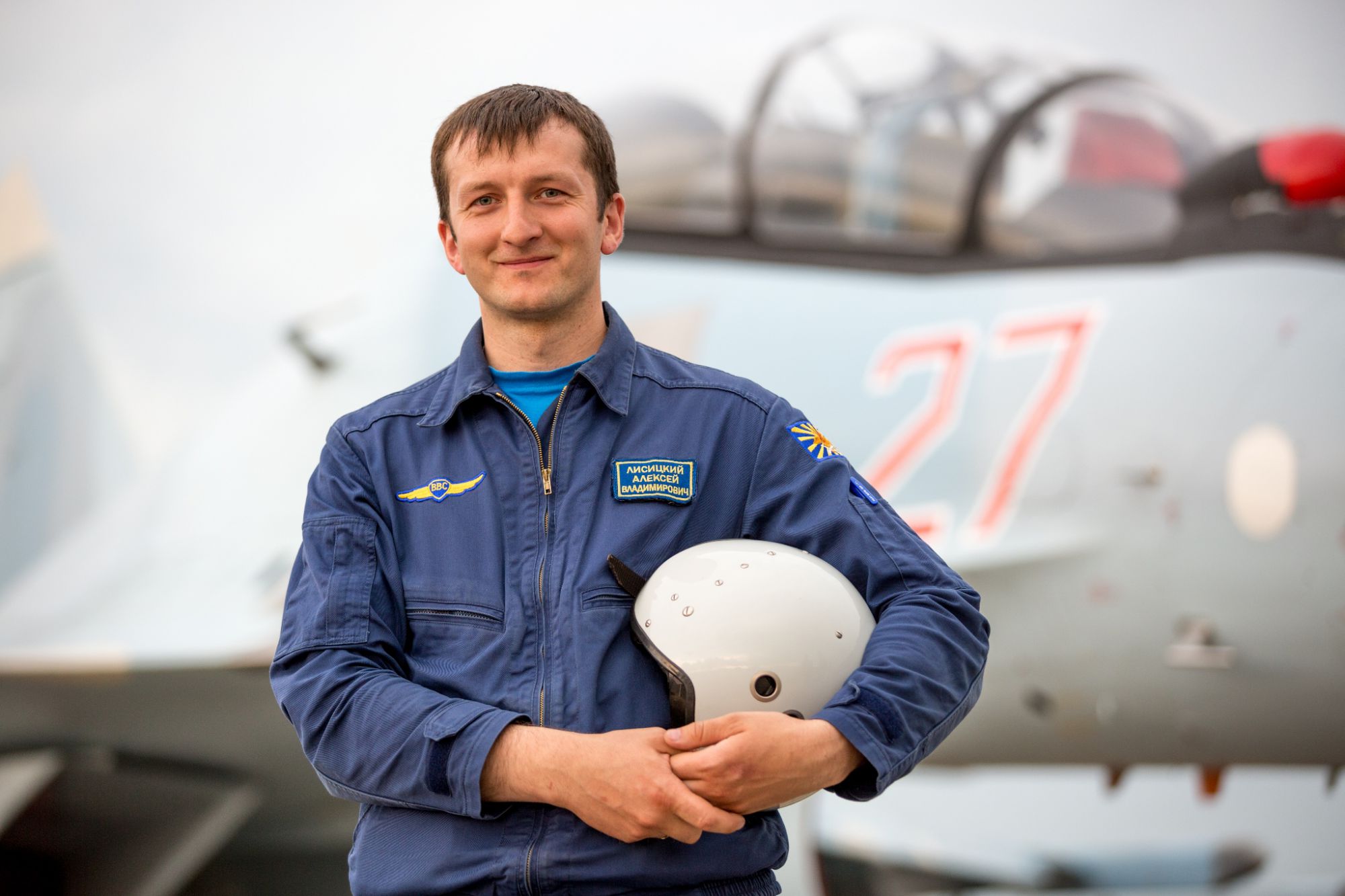 It is interesting that very touching words are written under the photo of Aleksei’s daughter in the photo album of his wife:

“I live for her, I breath for her. I catch every glance, I go mad because of her smile. You are an innocent child. Grow up happy, my daughter. I’ll do anything for you. Being your mother is my happiness!”

At the same time, the young father and loving husband, instead of taking care of his family, participates in strikes against the peaceful Syrian citizens whose children also die because of the ‘Russian world’ bombs. This is justified by numerous evidence found in Twitter where the Syrians upload the pictures of the killed and wounded women and children – the victims of the Kremlin’ affair. 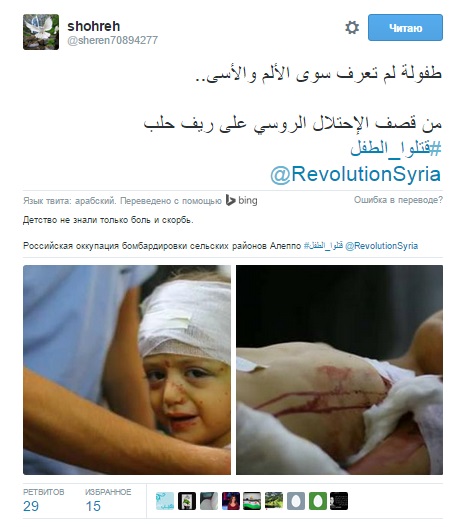 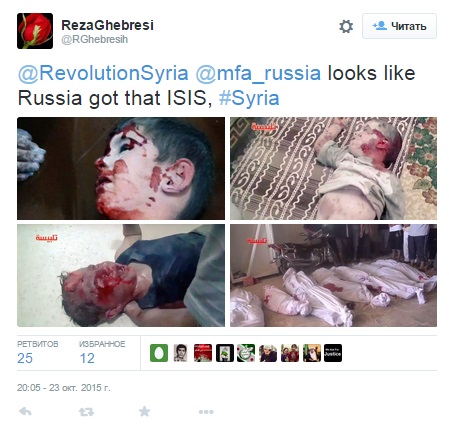 But it looks like the Russian aviators are not worried by the number of the innocent victims of their strikes. Having returned from another air strike they continue to pose for reporters of glossy magazines and Russian media. 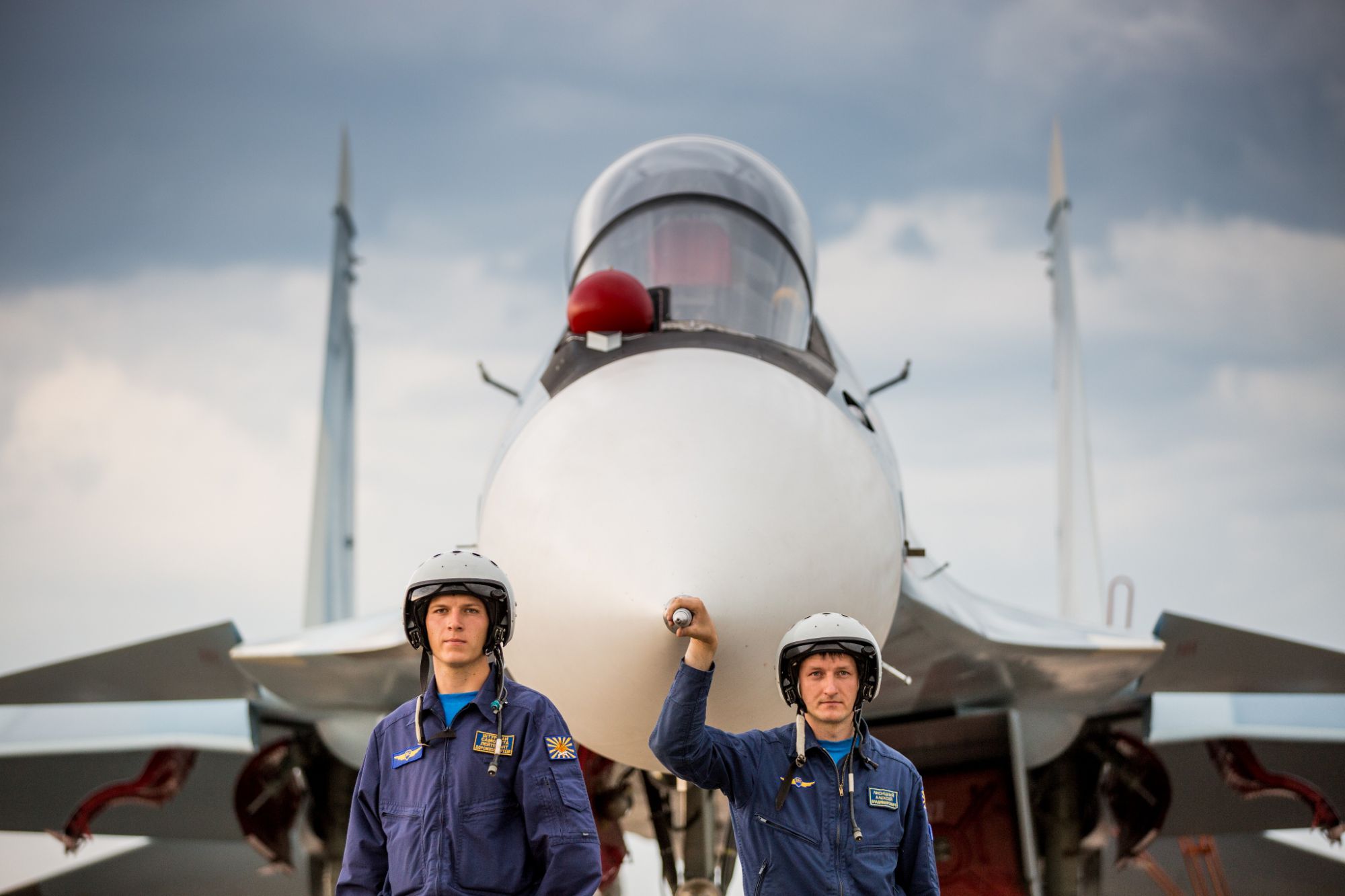 Note: Su-30SM – two-seat multi-purpose heavy 4+ gen fighter aircraft. Its usage in Syria looks pretty weird since the militants of ISIS do not have aviation. Su-30SM fighters of the Russian invasion forces conduct the operation flights armed for air fights. For example, judging from the photos by Russia’s Ministry of Defense, the R-73 and R-27 missiles, as well as ‘Khibiny’ electronic warfare systems, are mounted on the jets. The warplane can also use free-falling bombs up to 8 units 500 kg each or up to 28 units 250 kg each – thus it may be used for bomb and missile strikes. 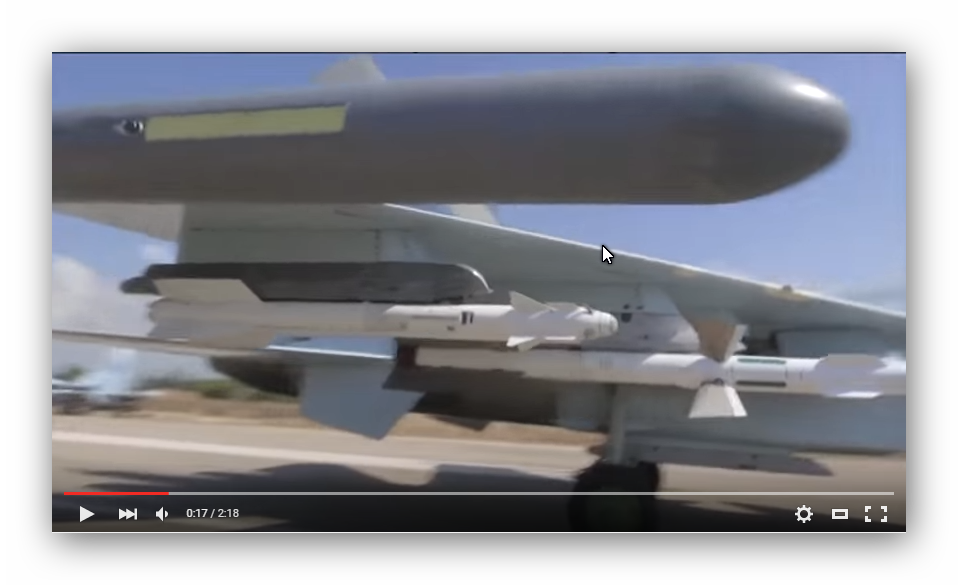 Another strange fact is that Russia hides the stars and tail numbers on her fighters in Syria – you can see this in the slide from the video (‘red 29’ Su-30SM aircraft). Besides that, an electronic warfare vehicle is seen in the right side of the picture. 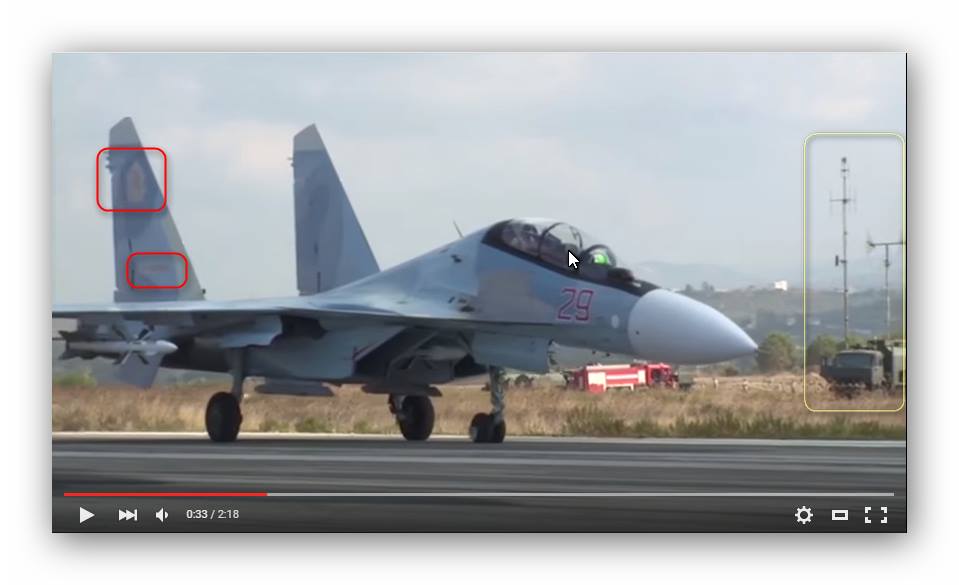 It should be recalled that the Russian air forces has repeatedly violated Turkish air space and arranged provocations where ‘unidentified aircrafts’ took part. It may be possible that this is the reason why Russia hides the markings on her military equipment.