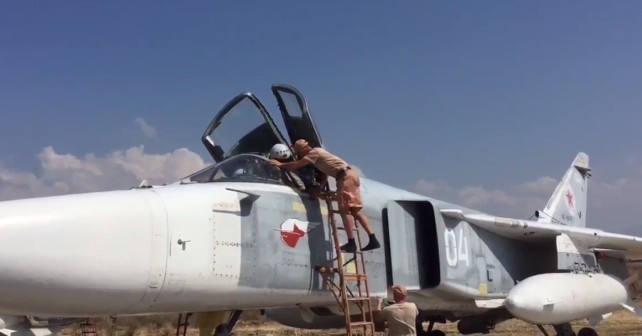 InformNapalm has conducted an in-depth investigation and disclosed the data about the Russian pilots who bombed Syrian towns.

A number of foreign and Turkish media with reference to MFA of Turkey reported today, on October 5, that the Russian military aircraft violated its air space near Yayladağı (Hatay province) at 12:08 on October 3. The warplane left the Turkish air space and headed towards Syria when two F-16 fighters scrambled to intercept it. 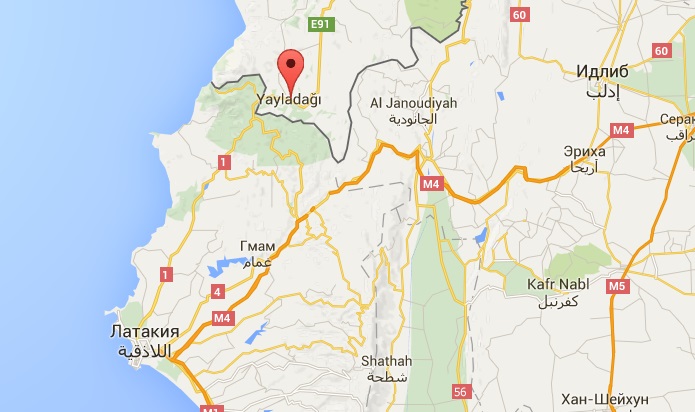 During the monitoring and analysis of the photos and videos of the Russian aircrafts which take part in the military operation in Syria, the analysts of the InformNapalm international volunteer team assumed that the air intrusion near Yayladağı was made by a Su-24M bomber. The warplanes of this type are periodically noticed conducting airstrikes near the border of Turkey these days.

For example, you can see Su-24M bombers in the video from October 4 showing an airstrike on Salma. Please note that Syrian Salma is located just 23 km far from the Turkish Yayladağı, and just in 12-18 km from the Syrian-Turkish border.

Besides that, thanks to Murad Gazdiev, a RT reporter, we were able to disclose the following data which allowed us to identify the aircraft and crew which conducted the airstrikes on the Syrian towns. 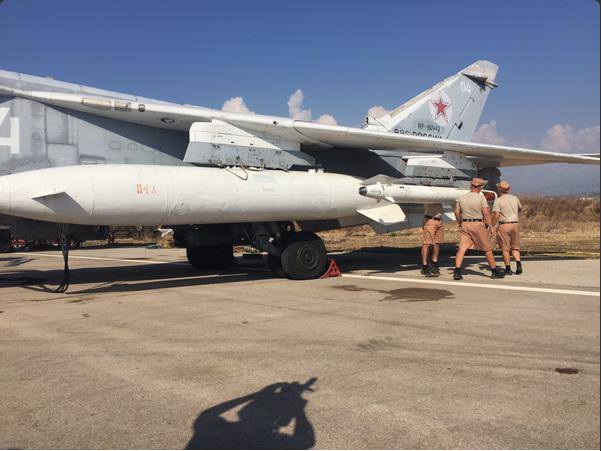 PHOTO: A picture of the Russian Su-24M before take off on October 4, 2015. You can see the external fuel tank and Kh-25ML air-to-ground missile (NATO reporting name: AS-10 ‘Karen’).

Let’s highlight the following features of the photo and the gathered information:

Su-24M with side number “white 04” (tail number RF-90943) is in service of the 6980th guards aviation base of the 1st class (military unit No. 69806, Chelyabinsk, Russia), the air group is based on the Shagol airfield. The wing commander – captain Savin Aleksei Anatolievich, flight navigator – Krivolapov Konstantin  Vladimirovich.

The next video shows Su-24M with “white 04” after the flight – the Kh-25ML is missing, apparently it has been launched. Here is the video. 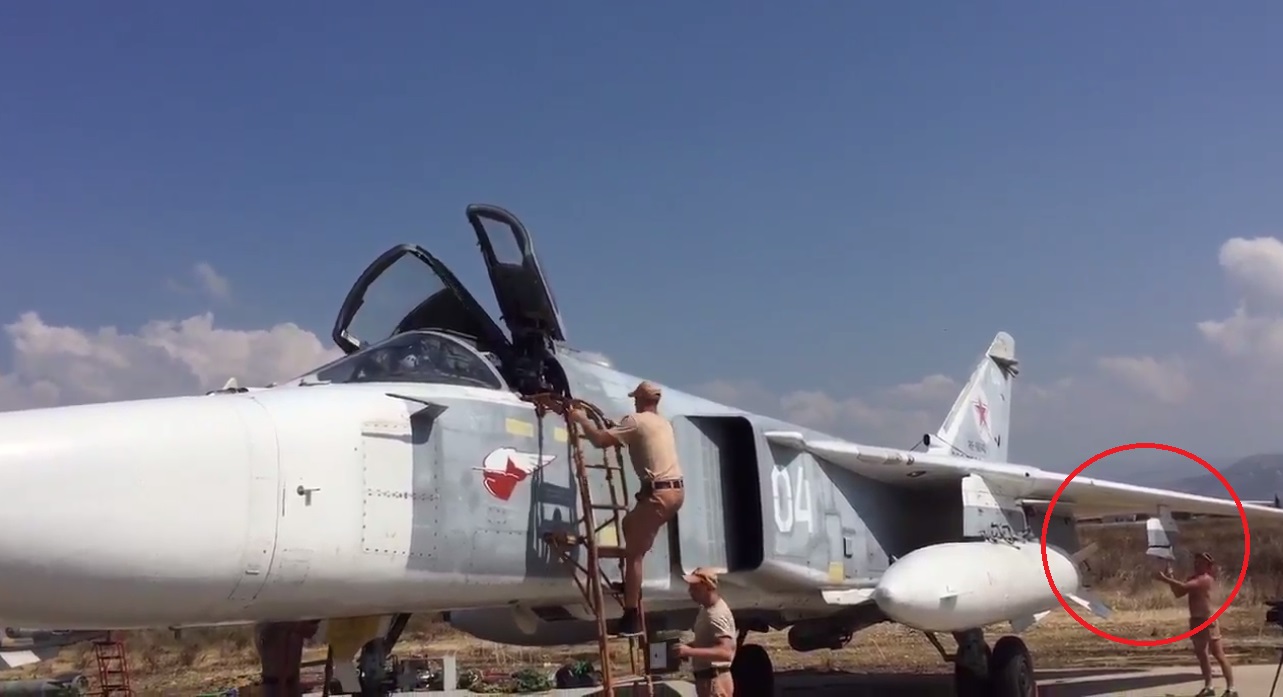 The external fuel tanks of Su-24ML warplanes can be clearly seen in another video of the airstrike on Salma. The moment of firing of two missiles can be spotted at 0:21 – that confirms the version that the airstrike was carried out by this particular “white 04” aircraft.

Note. The analysis involved also other videos of the Russian airstrikes in Syria on October 4, 2015. A list of links to the video:

Considering the above facts, we can say with a high degree of probability that the Su-24M with “white 04” side number conducted the missile strike over the city of Salma on October 4, 2015.

As we know, the Russian Federation Council gave the Russian army authorization to launch a military operation in Syria on September 30. The Russian Air Force has carried out airstrikes near the cities of Homs, Hama, and Latakia. As a result of the bombing from 27 to 65 people were killed according to various estimates. Although the official version of the Russian military operation was “the fight against the terrorist organization Islamic State”, the first conducted air strikes were against the civilian areas controlled by the “Free Syrian Army” which is opposed to Bashar al-Assad’s regime, but not included in the “Islamic state” grouping.