The price of silence: a medal, a war vet ID and Kia Rio 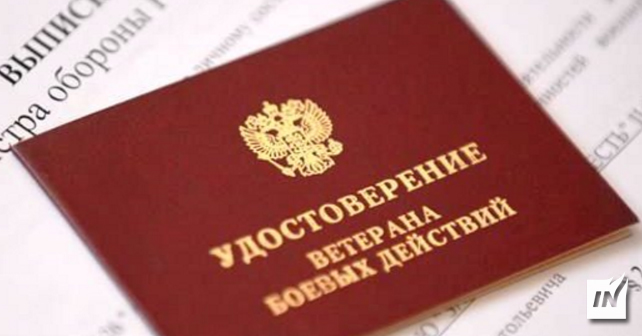 Medal for Courage, the status of a “war veteran” and a Kia Rio car for murdering of Ukrainians — this is the compensation to a former contract soldier of the 8th Motorized Rifle Brigade (MRBr) of the Russian Armed Forces, who lost an arm in Donbas.

One of the main activities of the InformNapalm international volunteer community is the collection and disclosure of the evidence to support the facts of participation of the Russian Armed Forces in the war in Donbas. Our publications are based on the findings of our own OSINT research and are backed by relevant photos, videos, documents and/or award records, geolocation tags, bits of correspondence of the events participants, etc.

Back at the outset of the conflict in the east of Ukraine, InformNapalm experts spotted the servicemen of the most combat-ready military units of the Southern Military District of the Russian army (Chechnya — - 8th,17th,18th MRBr, Dagestan — 136th MRBr, Ingusheniya 291th artillery brigade (ArtBr), North Ossetia 19th MRBr), staffed by contract servicemen with combat experience of the Chechen wars. Both single soldiers, as well as separate units operating as part of tactical groups were identified. According to our observations, after the summer-autumn campaign of 2014 and the occupation of a part of Donbas, the Russian military command has changed the tactics, reducing the presence of regular army units. Their role was taken over by the newly created illegal armed groups, so-called “DPR/LPR army corps”, staffed by both local separatists and Russian mercenary ”volunteers”. But this did not mean exclusion of the Russian regular military personnel from the process. Numbers shrank, but “Ukrainian missions” of Russian contract soldiers and officers became longer. As a rule, mid-level officers and contract soldiers are sent basis to occupy command and specialist positions in the illegal armed groups. This is necessary, as vast majority of the local militants are not able to maintain and operate the equipment and weaponry given by the Russian side. The main motivation of the Russian servicemen doing to Donbas is to earn some dough and go up in the world. To be precise, they get a triple salary and the prospect for further career development, including non-competitive enrollment in military schools, as well as other bonuses.

However, not all Russian servicemen were lucky with the “combat pay”. A few “veterans of Donbas”, or family members of the killed occupants were finally left out in the cold. Others were more fortunate, receiving not only state awards and the status of a war veteran, but also financial compensations. Of course, the livelihood of the survivors and injured soldiers and officers is more expensive for the Russian treasury, as the dead will not come to claim their due. Permanent casualties are usually decommissioned, reclassified from the regular military personnel into the volunteer fighters of “Novorossia”.This we clearly observed in the case of Denis Khusainov, a contract serviceman of a reconnaissance company of the 18th MRBr on the killed in action list of the LPR Vityaz regiment, was killed in August 2014. 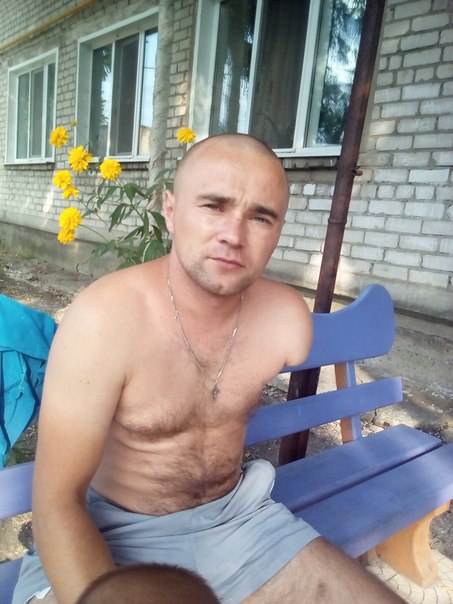 One of the silent “luckies” is a former contract soldier of 8th Mountain Motor Rifle Brigade (military unit 16544, permanent deployment location – Chechnya, village of Borzoi)Southern Military District of the Russian Armed Forces Anatoly Osipov(archived account on VK 1, 2, OK) born in the city of Ulyanovsk, which was identified by us and put on a special watch list as early as 2014. As a result of our first publication on  the medal “For Courage” (#64165, Presidential Decree of September 01, 2014) about Osipov who lost an arm during the summer campaign of 2014 in Donbas, Russian censorship forced the “brave Russian soldier” to delete the photos of the state award from his social network page. Almost a year after the first publication, Osipov got on our OSINT radars again, when he was giving a piece of good advice on the group page of the 8th MRBr to a recruit rushing to sign a contract in this brigade. He warned the novice that, despite the triple salary, serving there was “bloody hell” with “cargo 200” cases and all, and that he himself got invalided out missing an arm —The Russian 8th Brigade’s Servicemen Return From Donbas as Cargo ‘200’ or Disabled. 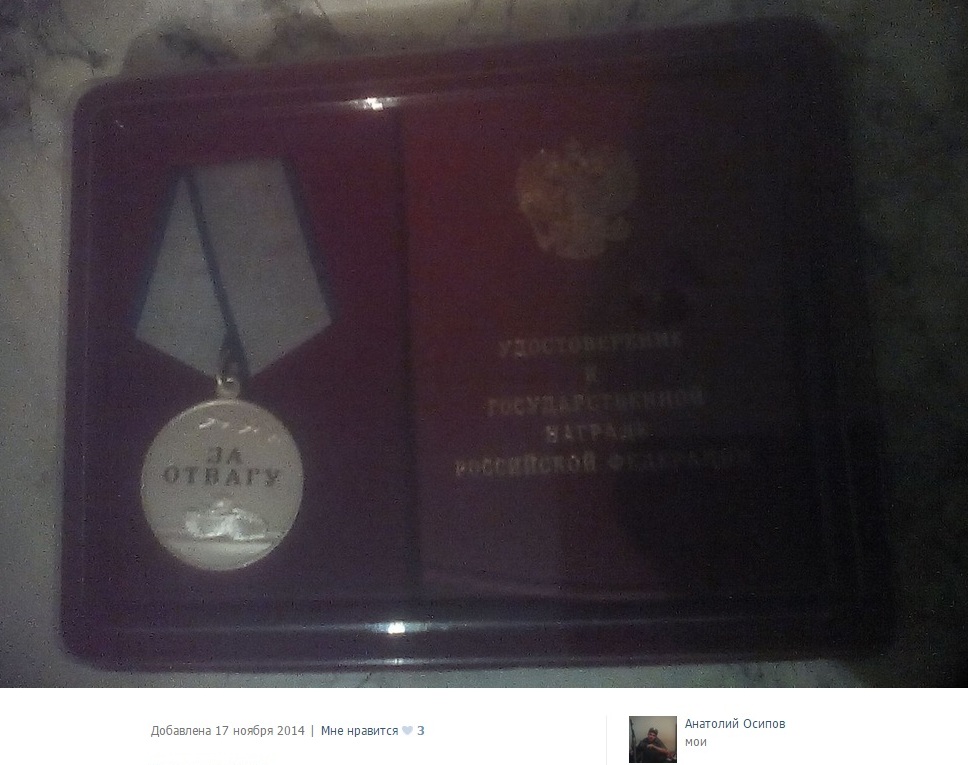 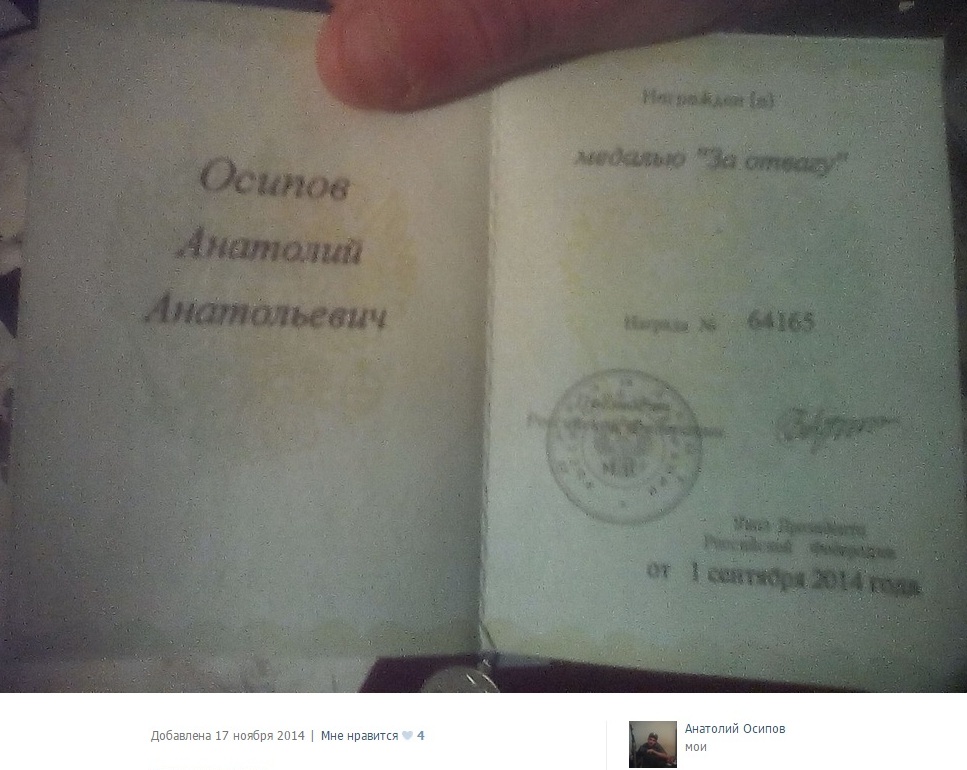 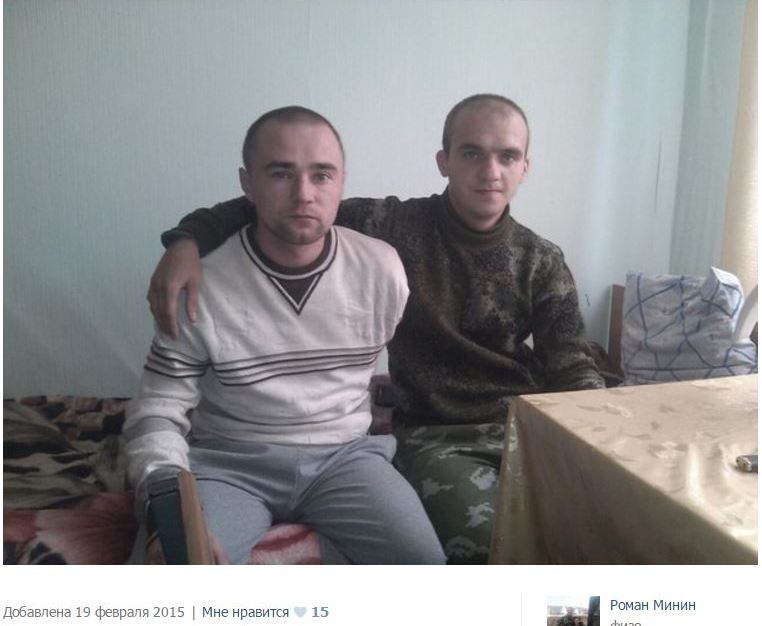 In December 2015, Osipov bragged on social networks about a new Kia Rio car straight from the dealership, apparently purchased with the compensation paid by the state for the lost arm and the silence about Donbas – see photo album archives1 and 2. 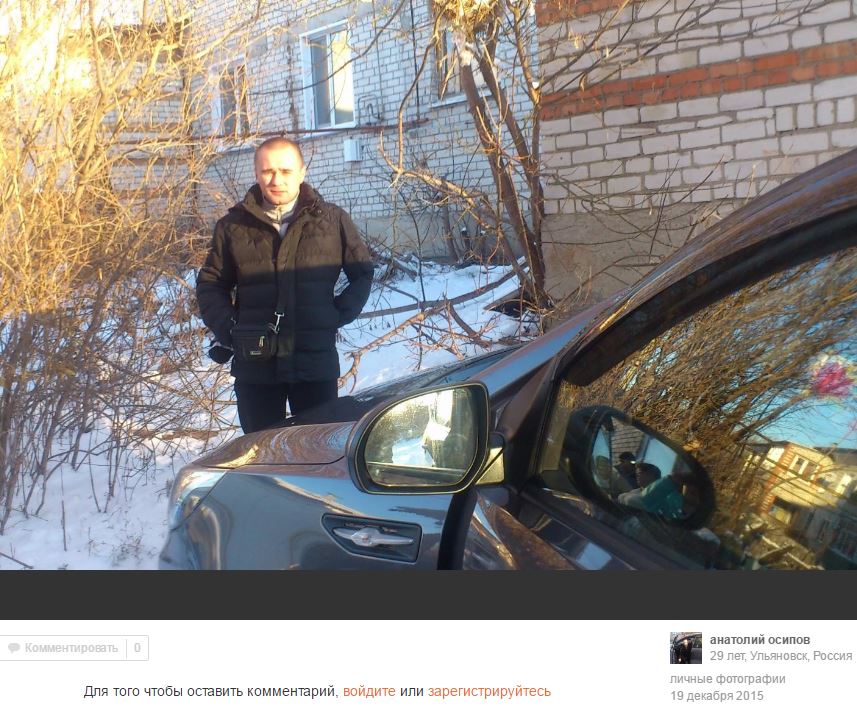 Every Russian war criminal, featured in our materials is on our special watch lists. We will make sure this karma to haunt them for a long time. The only possible redemption for their crime is an appearance before an international tribunal and full repentance, following the example of a former paratrooper of the 104th Airborne Troops Regiment, who after years of rethinking, decided to make public the names of his colleagues, the participants of the Russian military invasion of Georgia in August 2008 – see Repentance of a paratrooper from Pskov.

8th MMRBr has been featuring prominently in the materials of InformNapalm in the context of “Ukrainian missions”:

This publication was compiled based on the OSINT investigation of InformNapalm international volunteer community.

2 Responses to “The price of silence: a medal, a war vet ID and Kia Rio”