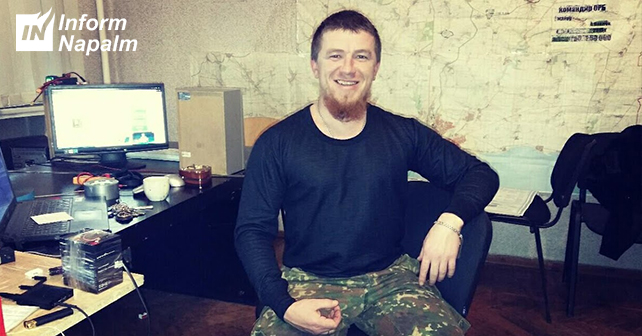 The elimination of the Russian mercenary Arsen Pavlov ( aka. Motorola) was apparently carried out by Russian security agencies. This conclusion has been already made by many experts and bloggers, based on logic rather than on concrete facts. In this investigation, we will present the first evidence directly and indirectly pointing to a Russian trace.

Hacktivists from Ukrainian hacker groups CyberJunta, FalconsFlame, RUH8 and Trinity have handed over data archives retrieved from gadgets of Arsen Pavlov and his spouse Elena Pavlova (Kolenkina) to InformNapalm.

The hackers have also reported that they have access to, and fully control, personal gadgets of other members of the Sparta illegal armed group and some members of the entourage of Alexander Zakharchenko.

As the evidence, they presented data from correspondence intercepted from Motorola and his wife’s Viber on the eve of the murder.

A cursory analysis of the information indicates that in the last weeks before his death, Motorola was worried because of a conflict with Russian curators at Donetsk People’s Republic (DPR). He believed that he had become superfluous.

For this reason, he did not reside at home for a week (and only on October 5 did he take his child from the maternity clinic) – he would sleep in his office, probably fearing for his life.

In one of their last correspondences, Motorola’s spouse mentions that on the night of October 15, their building’s GUARD WAS REMOVED, after which, she became anxious. Pavlov instructed her not to trust the “OLDER BROTHERS” (this is how Russian Security Service (FSB) is referred to between the DPR militants).

Also, the hacker activists found out about a love triangle – on the eve of Motorola’s death, a blonde mistress appeared. On Motorola’s phone, photos of family documents and passports were found. (An important detail. Note the pre-war back-dated passport forms. Apparently they were issued this way, to make it easier to legalize them later.) 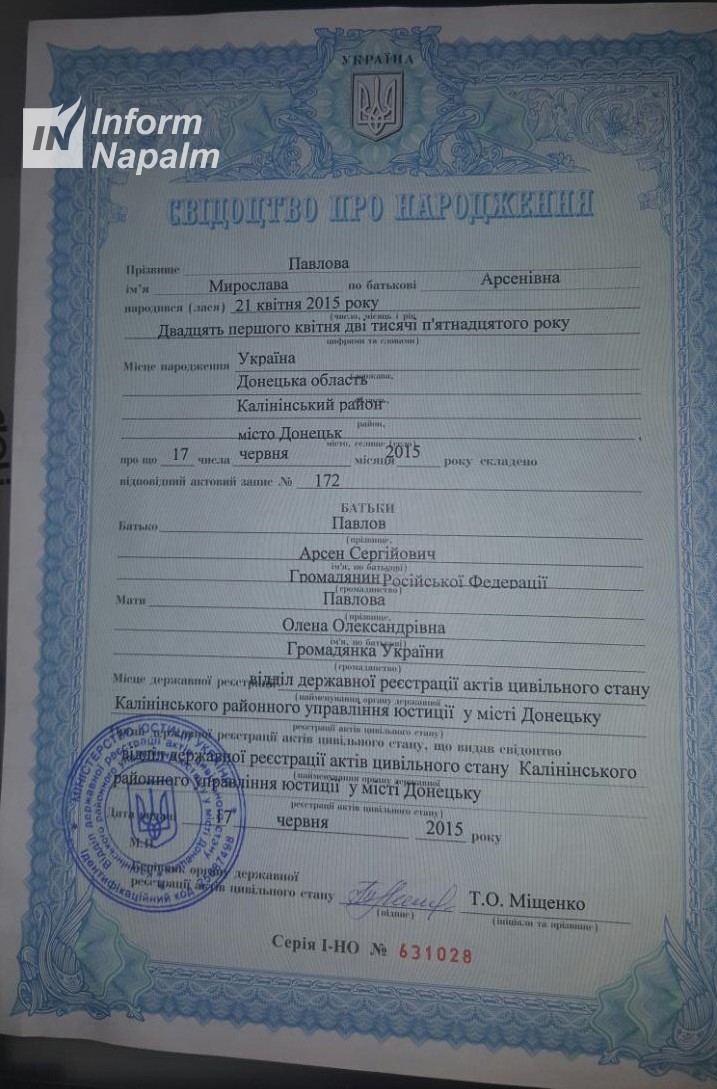 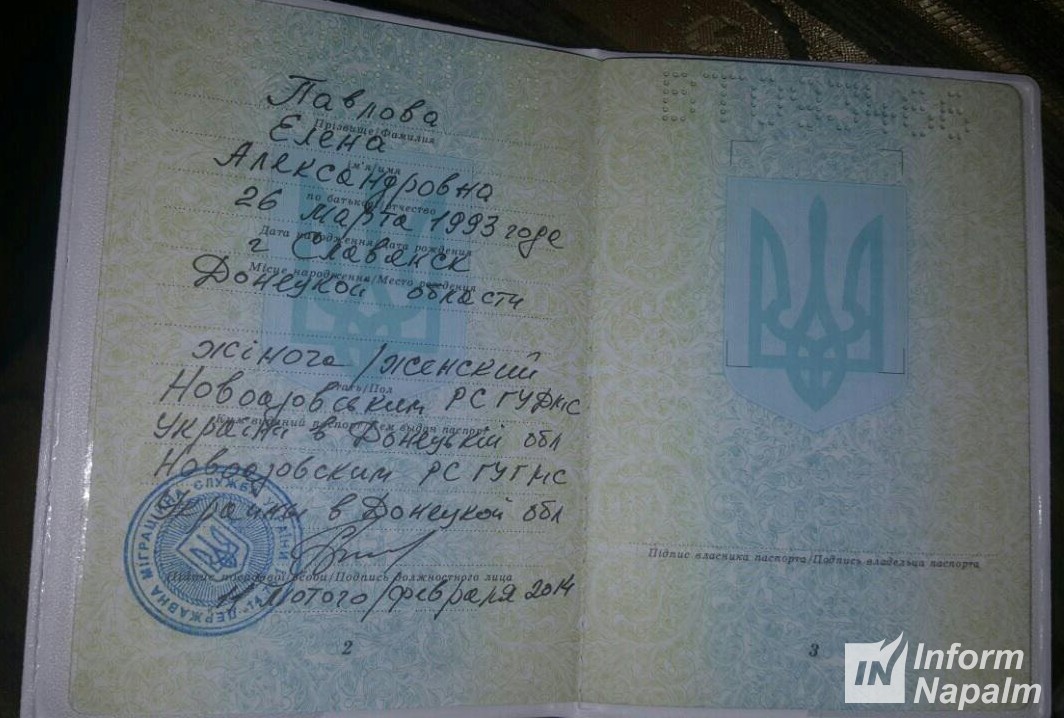 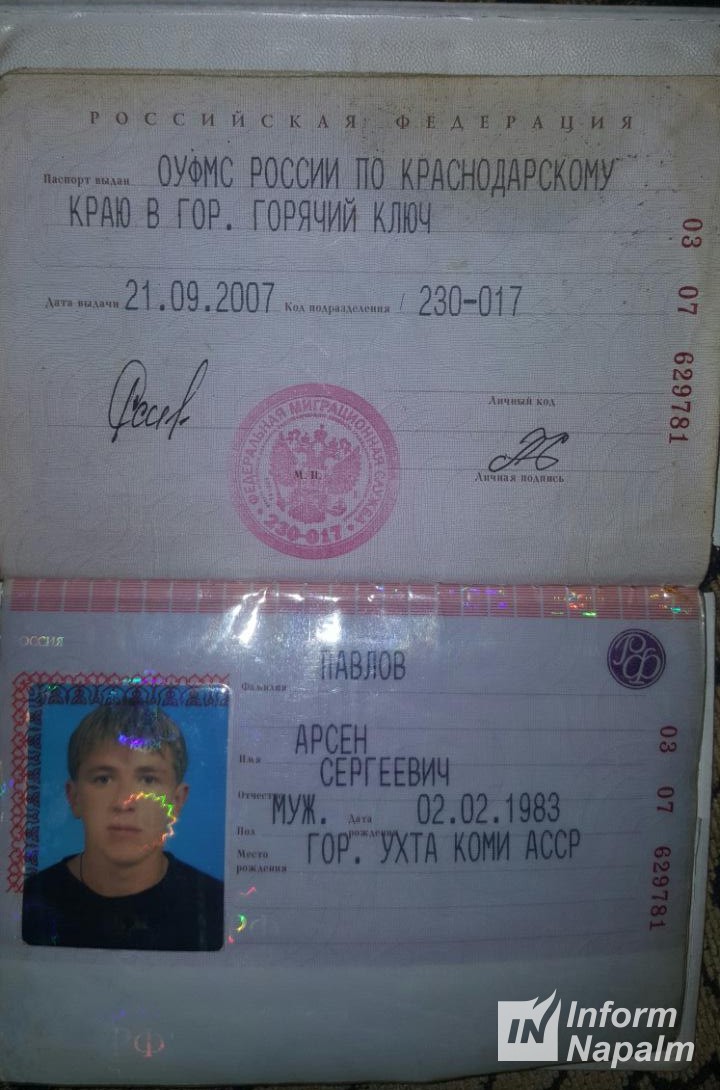 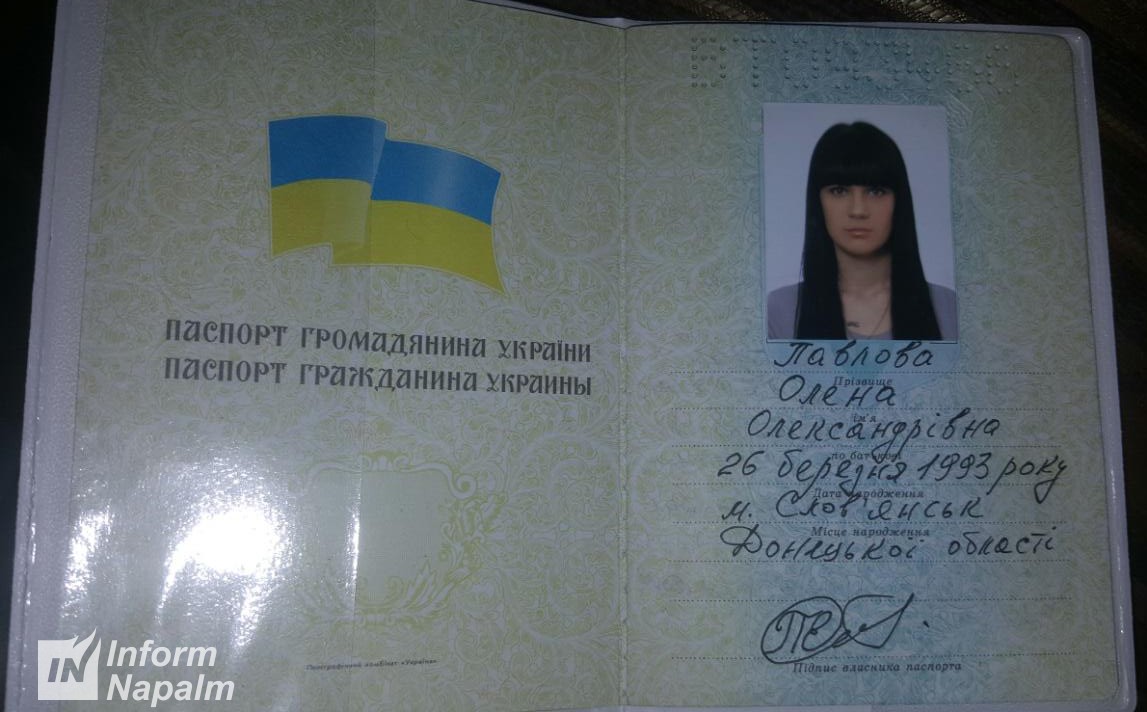 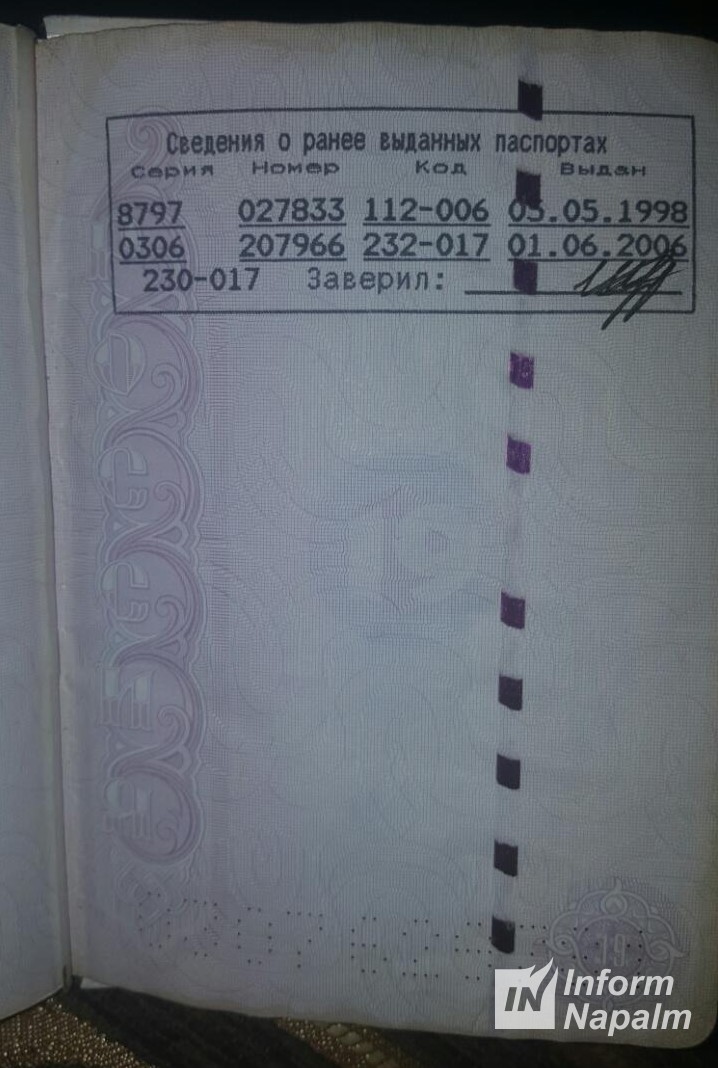 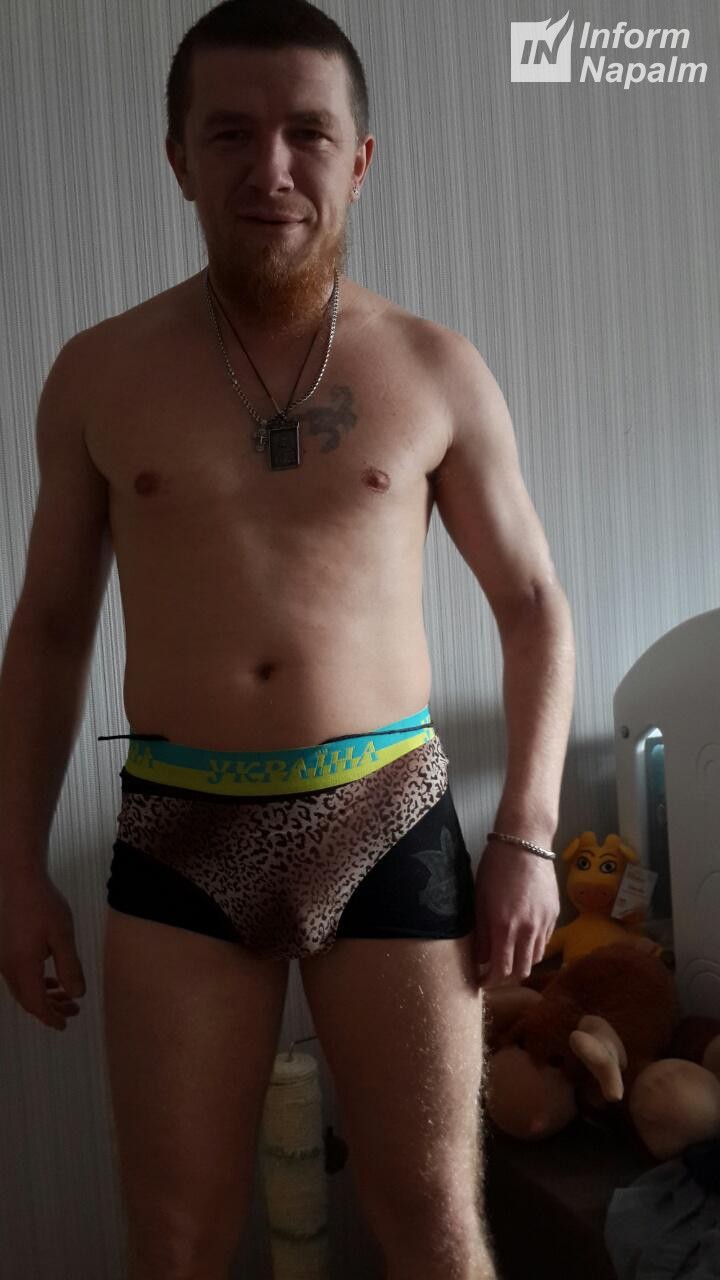 There are also photos that suggest that Motorola had an affair with a blonde mistress on the eve of the killing. 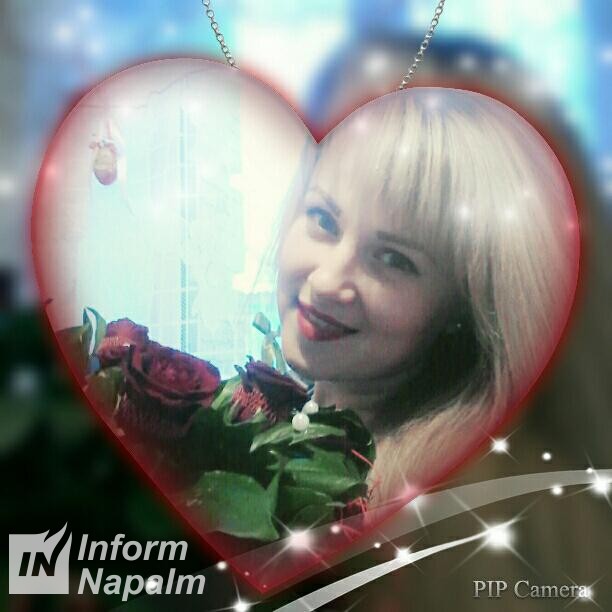 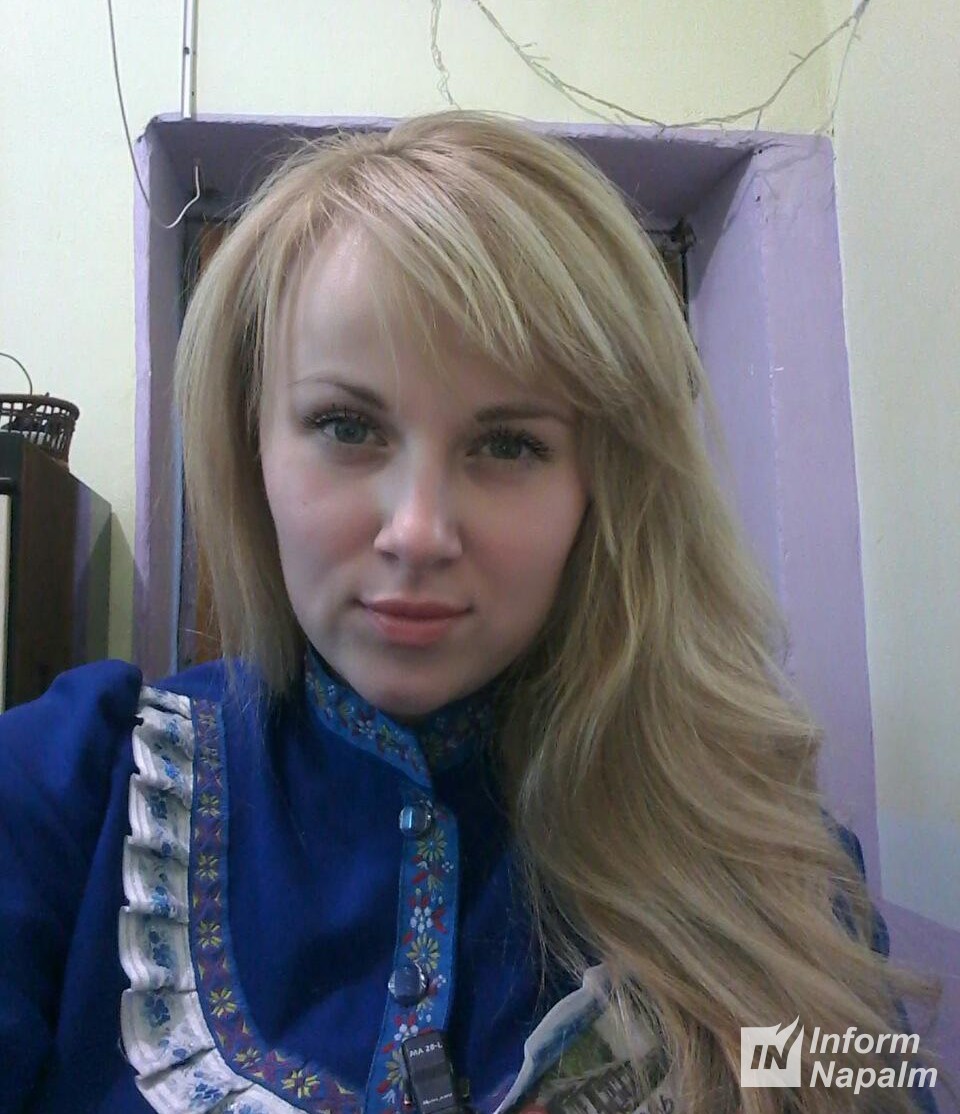 It is noteworthy that on the eve of his death, Motorola has been involved in the suppression of the so-called “revolt” in the Luhansk People’s Republic (LPR). Apparently, the trip to Luhansk was not in vain. The blonde’s social profile indicates an awareness of her mistress status, with which she was not quite content: “Always be the choice, the priority, the cause… but never become an option!” 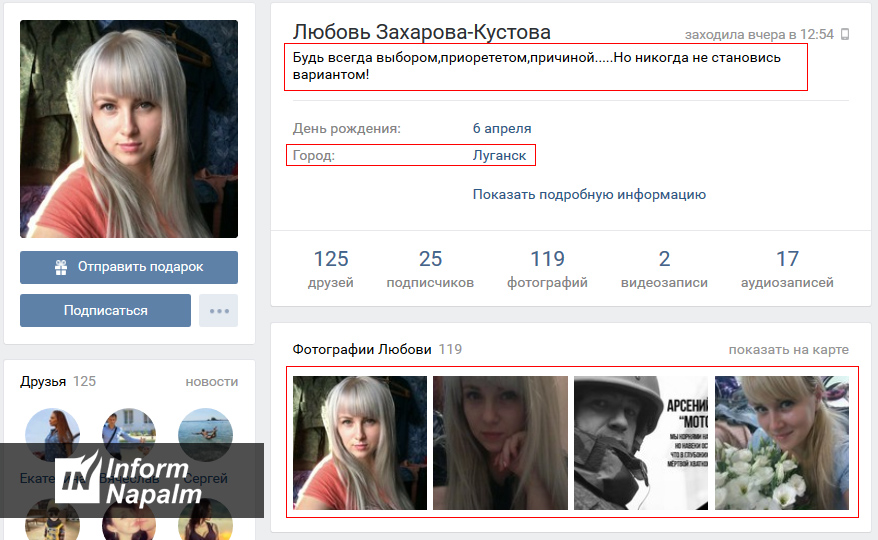 One of the last photos from the social network profile of Zakharova-Kustova shows a pixellated uniform in the background, indicating Russian military camouflage. It is possible that this is Pavlov’s uniform, or that of some other mercenary, or that of a Russian military officer. 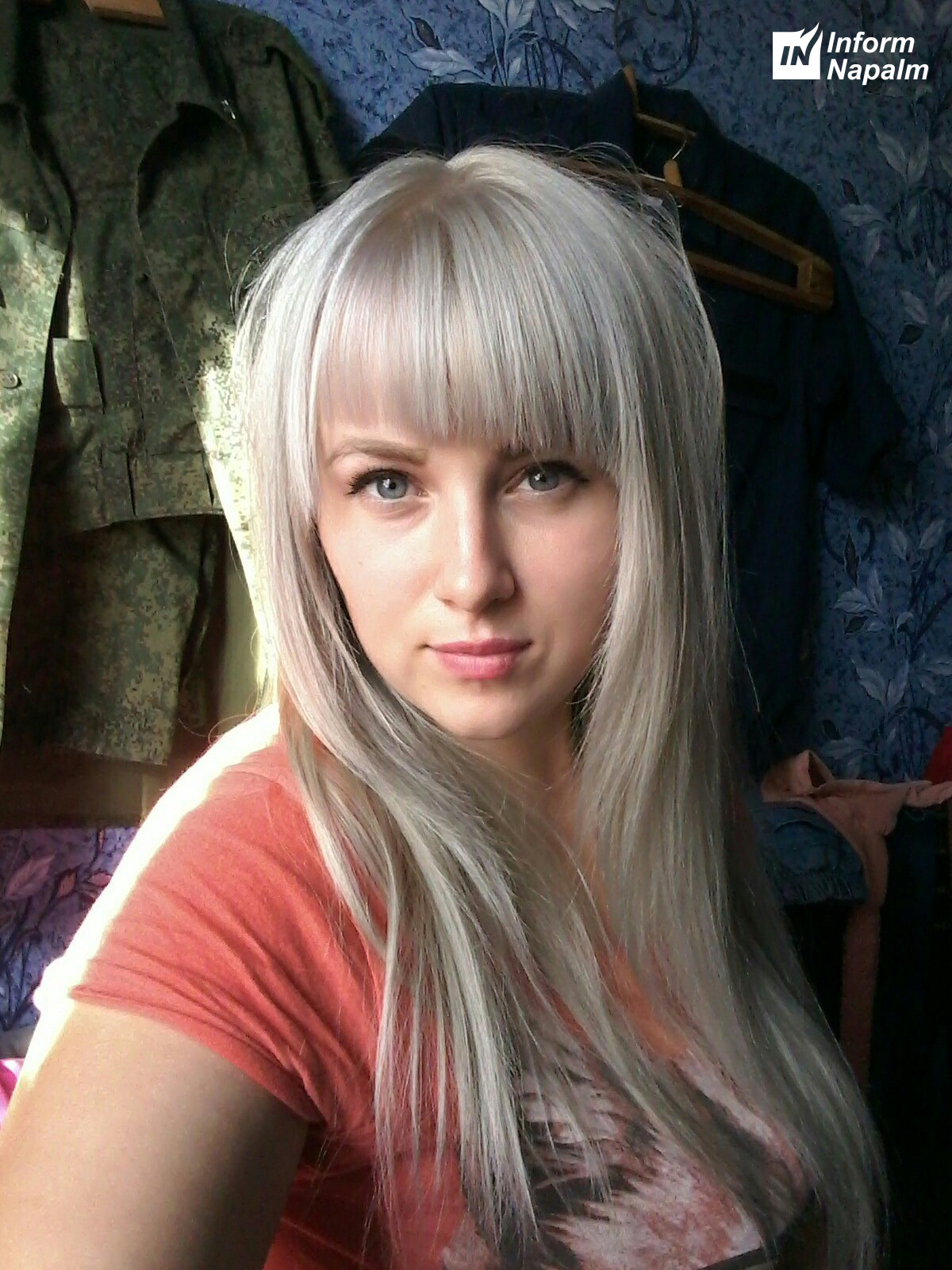 The initial analysis of the retrieved data revealed some interesting details connected to the life and death of Arsen Pavlov. To be continued.

P.S. As a bonus, we publish here a few videos from the phone of Motorola.
Ironically, the terrorist who chose to be called “Motorola” did have a smartphone, and it was a Samsung…

(Creative Commons — Attribution 4.0 International — CC BY 4.0 ) information specially prepared for InformNapalm.org, an active link to the authors and our project is obligatory for any reprint or further use of the material.