Use of Soviet Era Nostalgia in Russian media, marking 30 years since the fall of USSR 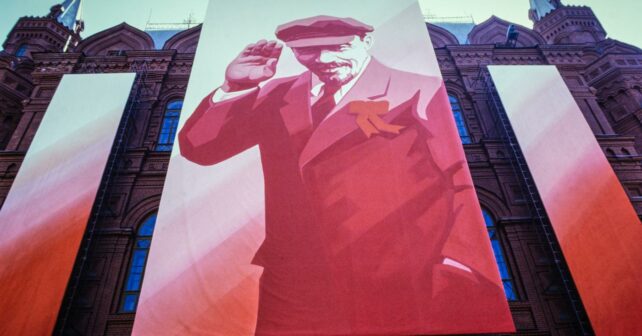 Soviet era nostalgia is a social phenomenon that can be used as a means to spread disinformation, the Debunk EU analysis showed. Creating comparison between nostalgic memories and current times, disinformation actors aim to present negative image of governments in post-Soviet countries, discredit important infrastructure projects, and enhance distrust of European Union.

This year marks the 30th anniversary of the dissolution of the Soviet Union. December 25th, 1991 is officially the last day of existence of USSR, however, the process of the collapse was long and complex. History and culture of USSR, living conditions during the Soviet period and, of course, its collapse has been covered in Russian media throughout March – April 2021.

In 2005, the President of Russian Federation Vladimir Putin named the collapse of USSR as the “greatest geopolitical catastrophe” of the 20th century and this message has been frequently repeated in the Russian media. Analysis revealed that the dissolution of USSR was also presented as betrayal of political elite claiming that the preserved communistic system in China is the evidence that Soviet Union could have been saved.

Nostalgia about the Soviet Union in manipulative communication

Disinformation actors use the emotional association of memories of life in USSR that tend to be more appealing in the retrospective. Misleading information that seeks to positively portray social and economic situation and living conditions in USSR is commonly orientated towards middle-age and older citizens who lived in the Soviet Union. Moreover, manipulative communication seeks to provoke negative emotions amongst those citizens living in the post-Soviet countries who felt the consequences of economic and political crises during the complex transition period to democratic and capitalistic systems after the collapse of USSR.

On March 1st – April 30th, 2021, Debunk EU detected 103 articles that were identified as disinformation referring to nostalgia of Soviet Union. Post-Soviet countries which became members of the EU (Lithuania, Latvia) or seek to become such members (Georgia, Ukraine) and have negative approach towards Russia were mostly targeted in researched disinformation cases.

Infrastructure that was built during Soviet times appeared as a means to discredit governments of those countries and the EU. Ignalina NPP is one of the targets of pro-Kremlin disinformation and is commonly covered in the context of Lithuania’s expressed concerns on the safety of BelNPP that is located about 50 kilometers away from the capital Vilnius. Misleading information simplifies concerns saying that Lithuania is envious that Belarus built its own nuclear power plant and emphasizes that the “great” Soviet Union “gifted” Lithuania and all region free nuclear energy which was taken away by the EU:

At the time of the Union, the Baltic was perceived as a showcase of socialism for the West, turning the same Lithuania from an agrarian country into an industrialized republic with comfortable living conditions, building dozens of industrial enterprises and even a nuclear power plant […]. Now, in the European Union, the Balts are a provincial periphery, the main product of which is Russophobia. (05/04/2021 vz.ru)

Latvia was also accused of irrationally destroying infrastructure of the Soviet era after restoring its independence. This message was a reaction to the announcement made by Latvian Prime Minister Krišjānis Kariņš that Latvia needs to aim for “smart re-industrialization” in economic development. Similar to the case of Ignalina NPP, pro-Kremlin media portrays USSR as a generous and modern state. It can be assumed that Soviet-era nostalgia which refers to USSR-created industry is directed to the part of the society that lost their jobs during the transition period. Such messages aim to create dissatisfaction and mistrust in Latvian and Lithuanian governments.

Misleading information creates an image of the above-mentioned post-Soviet countries as politically and economically failed states and emphasizes that the reason behind this alleged decline is their irrational anti-Russian policy. Messages claim that the Soviet Union created great living conditions for those countries and by using malign rhetoric technique disinformation actors imply that they should be grateful to USSR/Russia.

Analysis showed how disinformation actors select a particular part of society and aim to enhance emotions (such as anger, dissatisfaction). The Soviet era and present times are purposefully painted in white-and-black by exaggerating the good living conditions, social and economic situation in USSR, and inflating selected issues that governments of the post-Soviet countries encounter nowadays.

No Responses to “Use of Soviet Era Nostalgia in Russian media, marking 30 years since the fall of USSR”