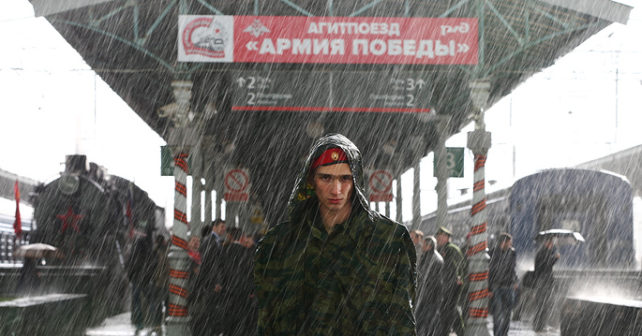 Analyzing the media coverage of the Russian Zapad-2017 exercises held in Belarus, we noted a number of strange articles, trying to play down the potential threat and scale of Russian maneuvers near the borders of the European Union.

On August 14, the Business Insider published an article titled Here’s what we know about the 100,000 Russian troops going to NATO’s borders.

The article contains an analysis of the total number of Russian troops involved in Zapad-2017 exercises, interviews with a number of experts and a conclusion that the number of soldiers is overstated and there is no reason for panic because of regular Russian exercises. Analyst Dmitry Gorenburg and his article in The National Interest is also quoted indicating an apparent decrease in the number of involved military personnel in comparison with previous years, in order to ease the reaction of the neighboring NATO countries. And, moreover, it all depends on the methods of counting – whether it’s only direct participants, or service personnel are also considered.

He is echoed by Olga Oliker, an expert from CSIS (The Center for Strategic and International Studies), another think tank dealing with the problems of Russia and Eurasia.

Mark Galeotti, one of the leading experts on Russia of the Institute of International Relations Prague, also believes that the figure of 100,000 military men has been spun out of thin air, and that the whole panic began after the media spread the figure of 4,000 wagons that Russia decided to use in transporting the military personnel to Belarus and, apparently, for the Zapad-2017 exercises. 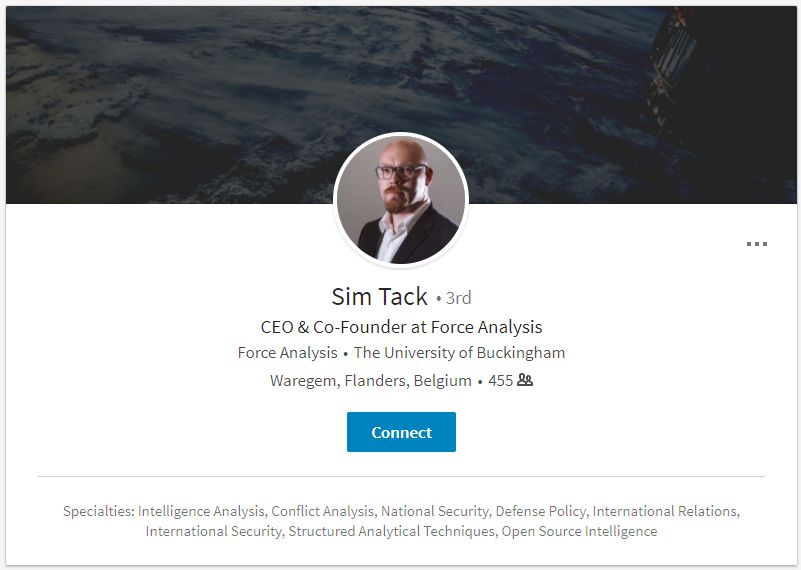 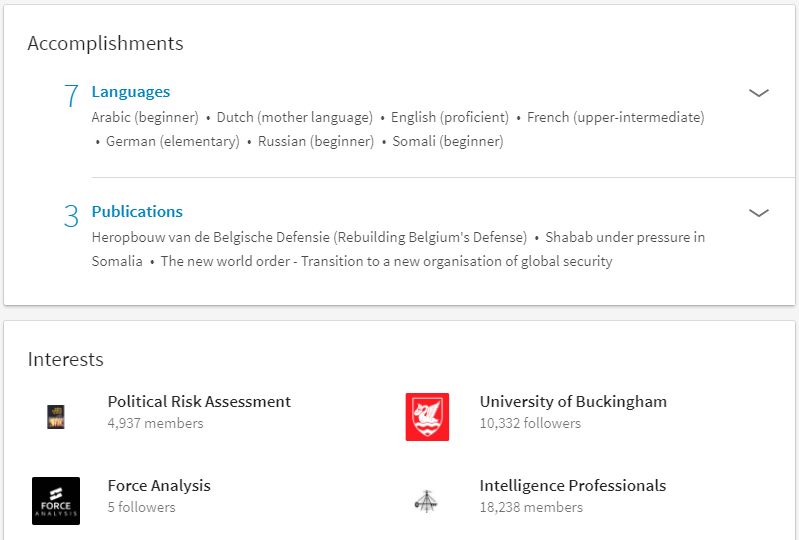 According to Tack, many outlets simply copied InformNapalm’s information. One of the first to spread the “panic messages” was the Minister of Defense of Estonia, Margus Tsahkna. Wow…

Tack also told the world how we came up with the figure of 100,000 soldiers: “I don’t know [the Ukrainian blog’s] exact calculations, they just threw out the 100,000 number,”, Tack said, adding that they basically figured Moscow would pack each rail car to the brim with 72 soldiers, and that they multiplied the final number by 1.5 times on the assumption that the Kremlin was keeping the real number of rail cars secret.”

Indeed, InformNapalm often writes about Belarus and actively covers the events around Zapad-2017 exercises, but we did not write either about 100,000 soldiers or about 4,000 rail cars.

For the first time, this story appeared on the Ukrainian website Apostrophe in an article by Andrei Santarovich The Other Ukrainian Front: why is Putin redeploying troops to Belarus? of November 24, 2016 (publication time 14:05). It was the first mentioning of a tender announced on November 15, in which the Russian Ministry of Defense ordered 4,162 rail cars for “carrying military freight in direct international rail traffic for the needs of the Russian Defense Ministry in 2017 (From the Russian Federation to the Republic of Belarus and back)”.

Then this story was picked up by the Belarusian media, with the reference to the Apostrophe article. A news bit appeared on Nasha Niva website on the same day at 17:44, then on Khartia97, at 18:24, but already with a reference to the Nasha Niva.

After November 24, this news was already discussed on other sites, and its original source was forgotten. The mention of 4000 rail cars begins to appear constantly in the press in various analytical articles.

Where does the figure of 100,000 soldiers come from? Most likely, further publications became a cross of the news about the rail cars and the Atlantic Council’s material of October 25, The NATO-Russia Exercise Gap … Then, Now, & 2017 which discussed the relative size of Russian and NATO exercises in recent years (this topic has been picked up recently by the German FAZ). The highly informative article with infographics deals with the declared numbers of the participants, which shows that Russia more than once conducted exercises with up to 100,000 participants. A month later, in November 2016, came the news about the rail cars and soon 100,000 Russian soldiers rode to Zapad-2017 exercise in 4,000 wagons. 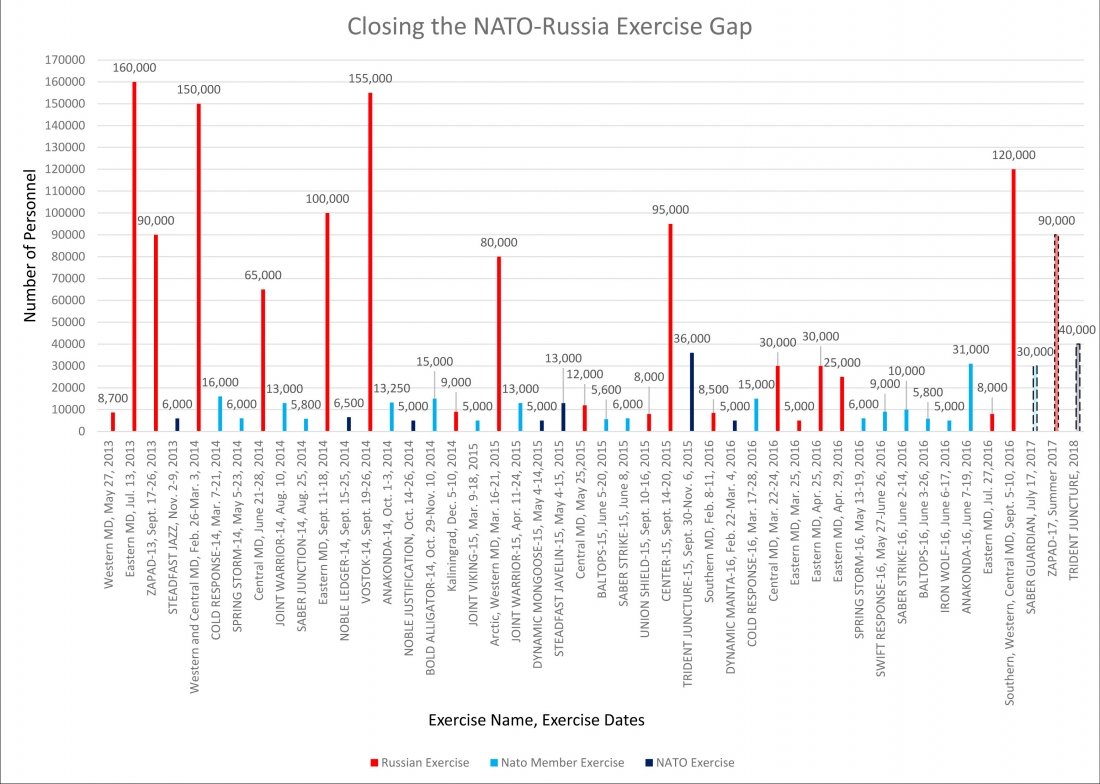 (Note: finding the original source and tracing, where the news came from is not a problem, if you understand Ukrainian, Russian and Belarusian languages. Unfortunately, not all Western experts know even Russian, but consider themselves to be specialists in Russia. Many experts limit their knowledge of the post-Soviet space by viewing Russian websites and often do not even know the names of Ukrainian experts and analysts.)

News about the number of participants appeared both in the statements of Russian military commanders, and direcly on the website of the Ministry of Defense of the Russian Federation .

Therefore, military experts predictably expected that Russia could easily field 90-100 thousand participants to the exercises of this level, just as it did in previous years. And it’s not about the “Ukrainian site” and “amateur journalists”, but about the scope of Russia’s military exercises in recent years.

On a separate note, analysts working on Russia have little opportunity to get any kind of proven insider information, if they are not fluent in Russian (and preferably also have some command of Ukrainian and Belarusian languages), or do not have access to classified documents. One way or another, both amateur journalists and professional analysts read the same materials, and then, it the question of interpreting what has been read and of the trust to the source.

For example, if tomorrow Russians start talking about 200-thousand-strong exercises, some experts will say that this is impossible, because it is too expensive, it has not happened before, and they do not have so many soldiers. But there will also be other analysts for whom this will be a sign of the imminent of war, muscle flexing or sabre rattling in front of NATO, etc.

However, watching the movement of troops and assess the number of soldiers from the warm offices of European and American think tanks is a truly cushy job. In worst case, it might take writing, why a forecast did not come true. 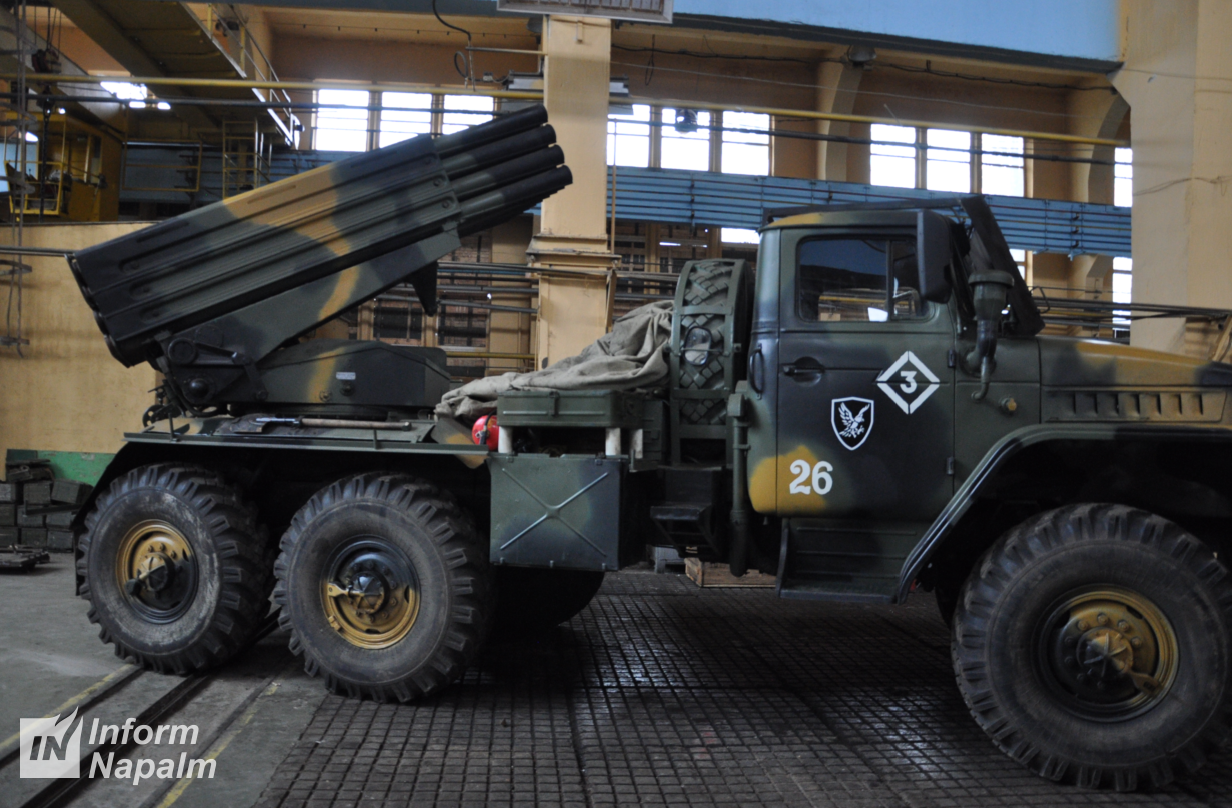 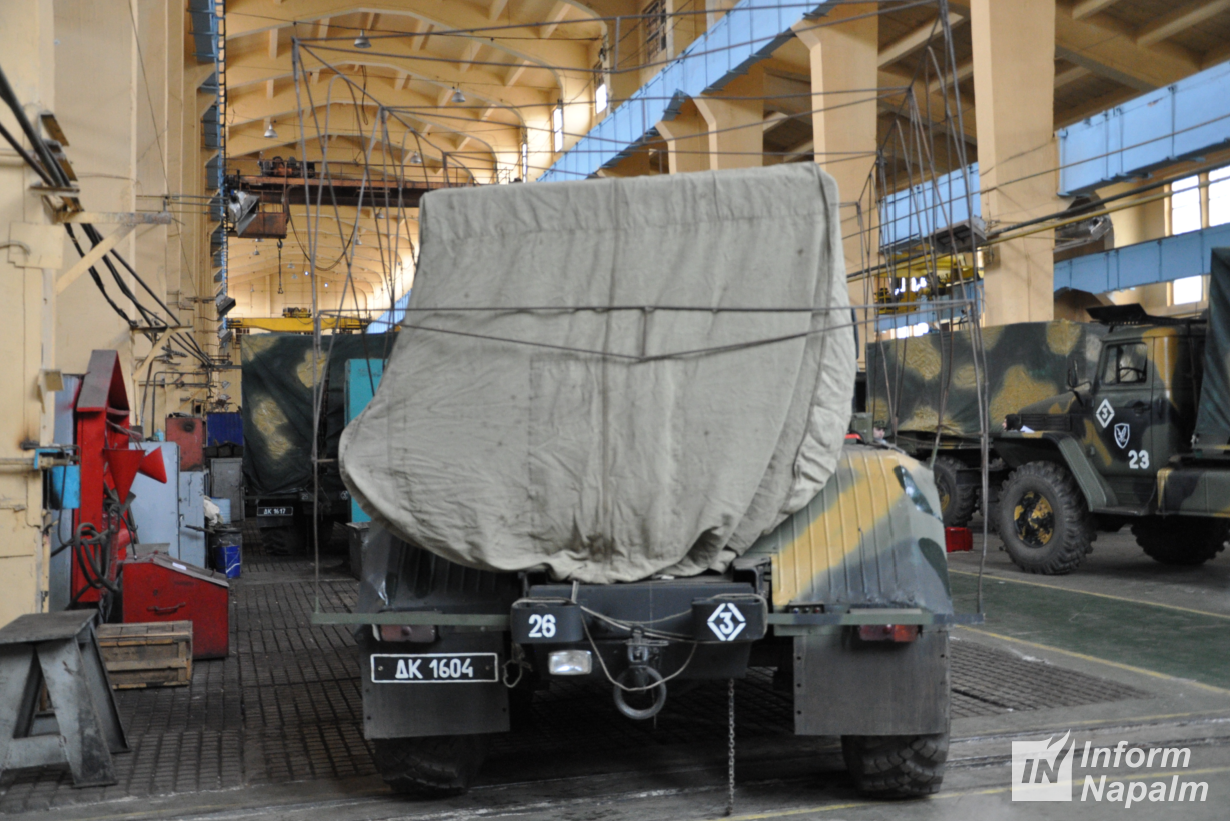 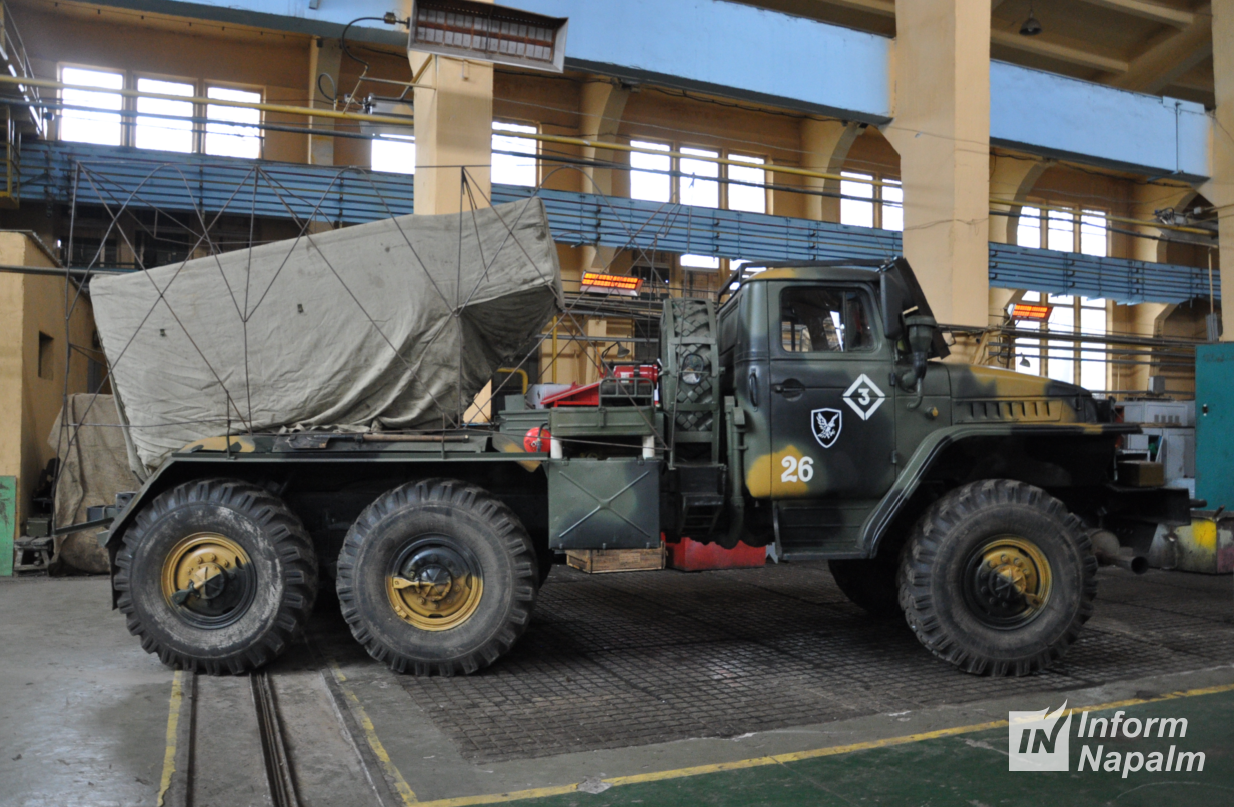 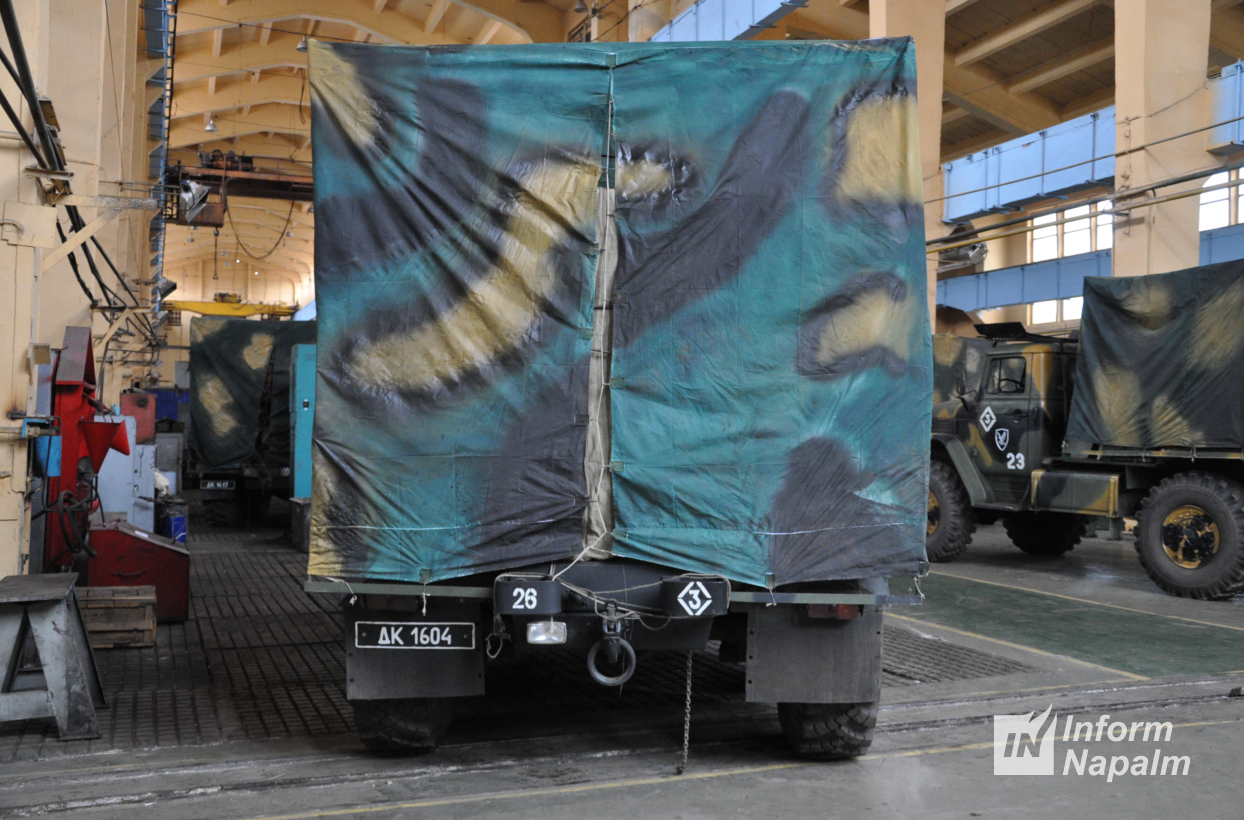 In one of our recent articles, we showed how the Russian army masked the redeployment of MLRS artillery battalions, having equipped them to look like conventional military trucks. The office analysts would have hardly noticed such a transfer without insider information, because even for the satellites this would have looked like the movement of some ordinary military trucks. The fact is, that there is a virtually open border, demonstratively large exercises and unpredictable Russia.

How will the Zapad-2017 exercise end? We will soon learn. In the meantime, it would be good for Western analysts to have a bit more respect for “amateur journalists”, read more original material in the source language, follow the publications of their colleagues, and treat Russia more critically.

This publication was prepared by Anton Pavlushko specially for InformNapalm.
Translated by Artem Velichko.
(Creative Commons — Attribution 4.0 International — CC BY 4.0)
Repost and share with friends.
For notifications about InformNapalm investigations follow us on Facebook and Twitter.

One Response to “Zapad-2017: how InformNapalm sent 100,000 Russian soldiers to Belarus”