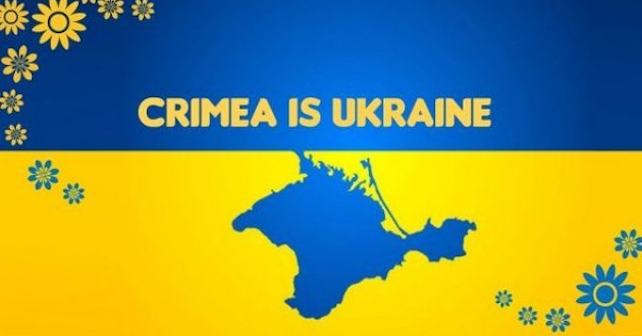 On June 15th, 2017 the US Senate once again expanded sanctions on Russia. Despite hype in media and among German politicians, who for the last half of year have been demonstrating their strong disbelief in the US legislative branch while fearing too much that current US President can turn the country of freedom into autocracy, American system remains the stronghold of democracy and fundamental laws that were adopted by the whole world after the end of World War II.

The reaction of some German politicians to the news was odd. For instance, German Foreign Minister Sigmar Gabriel in the official statement published on the website of German Ministry of Foreign Affairs wrote that “Europe’s energy supply is solely a matter of Europe and not of the United States”.

This statement refers to Nord Stream 2 – European natural gas supply project supported by German businessmen and some German politicians. Apparently, German Foreign Minister chooses to turn a blind eye to the fact that “Europe’s energy supply” implies free trade with fascist dictatorship regime of the Kremlin. Leaving ethical questions aside, Nord Stream-2 is nothing but a project which pushes Europe into total dependence on Russia. Ukrainian example should have demonstrated to everyone how Russian energy blackmailing works. It took three years for Ukraine to get off the Russian natural gas drug. Then why is Germany trying to put itself into a similar situation, completely ignoring this tragic experience? This is the question to German businessmen and politicians.

Yet, this is not the end of the story. A German political party, which does not cease to criticize the U.S. but turns a blind eye to the crimes of Russia – Alternative für Deutschland (AFD) – at the latest party congress demonstrated zero empathy for the sufferings of the Crimean Tatars, no understanding of the core principles of the international law and, even more importantly, no knowledge of history. One of the leaders of this right-wing populist party Alexander Gauland stressed that “sanctions are always wrong, they are politically incorrect and will not be able to return an ounce of Crimea. This peninsula has been an age-old Russian territory and cannot possibly be returned to Ukraine“ (source: German newspaper Die Welt).

Beyond the fact that sanctions against Russia have already given a noticeable effect that can easily be proven by the world economic stats and media reports, it remains unclear how one of AFD leaders hit on the idea to call Crimea “an age-old Russian territory” that “cannot possibly be returned to Ukraine”. I am not a historian myself, so I will quote an excerpt from the article of the Russian historian Andrey Zubov (published back in 2014 in the Russian newspaper Vedomosti):

“In ancient and medieval times, the Crimean Peninsula was dominated by many states and its land witnessed many ethnic groups. Russia did not exist at that time, and there was only a handful of Rus people and Slavs in Crimea. The Principality of Tmutarakan, ruled by the Ruriks, existed back in the 11th century in Taman (present-day Kuban). This principality, most likely, dominated some part of the Eastern Crimea and was a vassalage of Constantinople. A deeper study of antiquity supports Kyiv’s rights over Crimea rather than Moscow’s. At that time Moscow did not exist at all, while Kyiv was “the mother of all Rus cities”, and that was where Rurik’s crown throne stood.

Subsequently, the Byzantine Empire, Mongols and the Golden Horde dominated Crimea. In the second half of 13th century Constantinople handed Crimean southern coast down to Genoa. The Genoese also founded The Principality of Teodoro. In the summer of 1475, the Ottoman Empire conquered Crimea. In the steppe areas of the peninsula and Pryazovia, the Ottomans kept vassal Crimean Khanate, they took possession over the southern coast of Crimea. The population of Crimea was very diverse at the time: there were still many Greeks, Italians, Armenians, Jews, and Slavs. The population of the steppes was mostly of Mongolian descent; mountain and sea-coast dwellers were Europeans. Crimean Tatar language was gradually becoming the bridge language used for communication between different ethnic groups. Muslims, Christians of various denominations, and Jews lived side-by-side on the peninsula. This amazing land had never been Russian until April 1783.

That was exactly when Crimea was conquered by the Russian Empire. The takeover of the Crimean Khanate by Russia was bloody. By the end of the 18th century the native population of Crimea shrank to one fifth due to the emigration to the same-faith Turkey and cruel treatment of the new authorities. The Crimean Christians were forcibly relocated outside Crimea – to the Black Sea coastal area to the north: this is how Prince Potemkin interpreted the right to protect Muslims in Crimea which was granted to Russia by Turkey in accordance with The Treaty of Küçük Kaynarca in 1774. Many of these Christians converted to Islam to avoid the deportation.

The Russian rule in Crimea was not a blessing for the local native population. Muslim communities lost their water and land ownership that was handed over to the Russian nobility or state. Landowners became tenants. During 100 years of Russian rule, from Catherine II to Alexander II, about 900,000 Muslims left Crimea. Christians of the Ottoman Empire – Greeks, Bulgarians and Armenians – came to replace them. German settlers were coming to Crimea from Russia, Germany and Austria. Landlords were bringing Ukrainian and Russian peasants to repopulate the abandoned areas. In Crimea, the Tatar population was 87.6% in 1795, 35.6% in 1897, 25% in 1925 and 19.4% in 1939.

Besides that, one should keep in mind that the Russian Empire of the 18th-19th century and present-day Russia are not the same state. The Russian Empire included not only the current territory of Russia, but also a large part of Ukraine, Belarus, Kazakhstan, the Caucasus, the Baltic States, and even Poland and Finland. And all these nations heartened the land with sweat and tears. Many Ukrainians, Belarussians, Georgians, Baltic Germans, and Poles took part in the Crimean War of 1853-1856 on the Russian side.

The Russian Empire was a country of many ethnic groups, and today’s Russia can hardly claim any territory only on the grounds that they used to be a part of The Romanov Empire at some point. The Bolsheviks rejected the succession of the Russian Empire and declared they would build a new state of workers and peasants. They divided the territory they invaded into several formally independent states that united into the Soviet Union supposedly on a voluntary basis.

The borders, however conventional they were in the USSR, were confirmed by the international treaties and the proclamation of independence by Russia itself in December 1991 after the dissolution of the Soviet Union. Belavezha Accords and Russian-Ukrainian Friendship Treaty of 1997 were recognized throughout the world, set the borders and let Crimea stay with Ukraine. Speaking of the official figures of the Russian rule in Crimea one should remember that the Russian Empire and the Ottoman Empire both belonged to a different world. But even in this different world the Ottoman Empire ruled Crimea for three centuries, and the Russian Empire for only 134 years. The Russian Soviet Republic, an official predecessor of the modern Russia, governed Crimea from 1920 to 1954 – only for 34 years. The Ukrainian Soviet Republic and present-day Ukraine governed Crimea for 60 years, from 1954 to 2014″.

The full article in German can be found here: Andrei Zubov: “Is Crimea ours?”

German politicians not only often seem to embrace Russian propaganda without digging too much into the subject, but also violate Ukrainian law. Thus several members of German political parties Die Linke and CDU visited the occupied Crimea in March 2017. One of them, Willy Wimmer, is now banned from Ukraine for five years.

German journalists also could have been more careful with their texts, for many of them claim that Crimea was “a Russian gift” to Ukraine. Again, this echoes Russian propaganda. While Crimea was in fact transferred to the Ukrainian Soviet Republic by the Russian Soviet Republic in 1954, there were reverse transfers of territories that should be taken into account. For example, in 1925 the territories of the Eastern Donbas and Taganrog that belonged to the Ukrainian SSR were transferred to the Russian SSR. In return Ukrainian soviet leadership expected to get the territories of Belgorod and historical Eastern Sloboda-Ukraine predominantly populated by ethnic Ukrainians, but their hopes for a fair exchange were shattered. At the same time Crimea after the deportation of the Crimean indigenous population (that was carried out in three stages during 1941-1945) by 1954 was an abandoned land with poor soil and scarce fresh water. This delayed unfair exchange could hardly be described as “a gift”.

Anyhow, if we start to ignore and put into question international treaties and laws that have been put into force since the end of World War 2, where will we all end up? Will Germany arrange a referendum in Königsberg tomorrow? For Königsberg, unlike Crimea, in fact used to be an age-old German territory. Do we really want to take on this dangerous road or should we rather support those willing to preserve the international law and order?

This publication was prepared by Irina Schlegel specially for InformNapalmDeutsch; translated by Donbassföreningen Sverige; edited by Christina Dobrovolska.

No Responses to “Crimea, its history and German politicians’ false claims”