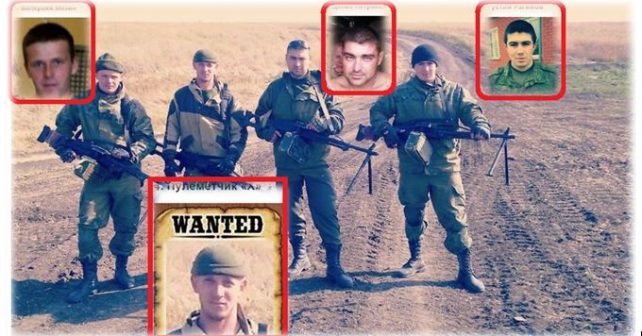 We identified the scouts of the 17th Motorized Rifle Brigade (MRB) of Russian Army, who took part in combat operations in the Donbas in the summer and fall of 2014.

The 17th MRB (military unit 65384, stationed in Shali, Chechnya, part of the 58th Army of the Southern Military District of Russia), appeared in sight of InformNapalm volunteer intelligence community more than once. There are reliable evidences that the battalion-tactical group (BTG) of this unit was one of the first participants of an undeclared war against Ukraine during the summer-fall campaign of 2014 and suffered significant losses.

Our materials contain information about Russian officers and contract soldiers of the 17th MRB, who took part in the initial phase of the Russian aggression in Donbas in 2014, as well as about this brigade’s servicemen, who joined the illegal armed groups (IAG) of Novorossia later, in 2015-2016.

The main sources of information for the new OSINT investigation, like in many other cases, are the social media accounts of the Russian military men where they show off pictures reflecting their “Rostov-Ukraine missions”. Thus, during monitoring of social networks pages, we found a profile of the contract soldier of the 17th MRB, who in the summer and fall of 2014 took part in the Donbas hostilities.

Subjects of the investigation: 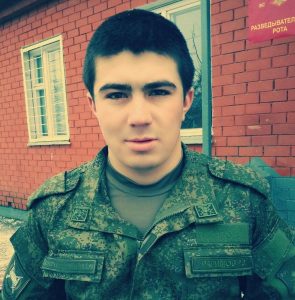 He did his conscript military service in 2012-2013 in the 19th MRB (military unit 20634, Vladikavkaz, North Ossetia–Alania, South Military District). In April 2014, already in status of contract soldier, he was appointed to scout-machine gunner position in military unit 65384. 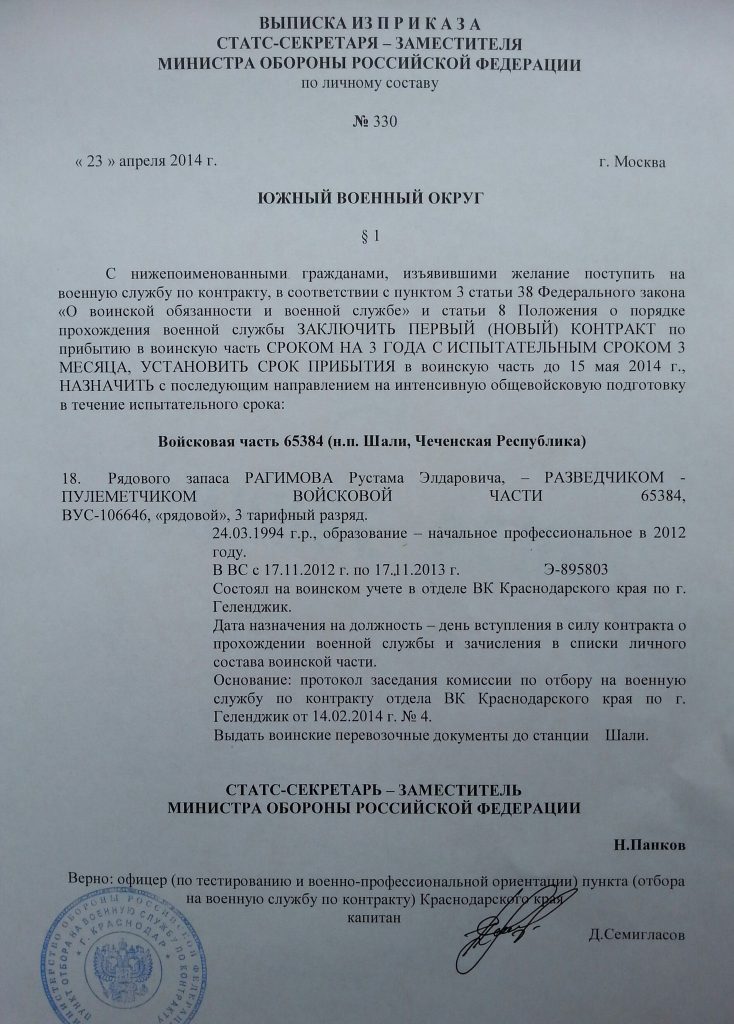 Judging by the timeline and geotagging of the photos uploaded to Ragimov’s album, after entering the contract service, short adaptation and retraining in early July 2014, he was sent to the Rostov Oblast within the BTG of the 17th MRB. From July to September 2014, he took part in the combat operations in Donbas within same BTG. 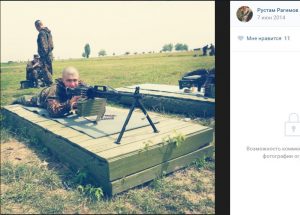 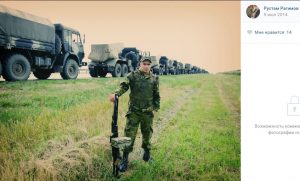 Even today, in Ragimov’s album there are photos from July – September 2014 (the Rostov-Ukraine deployment period), where he and his colleagues posed in full gear, wearing irregular uniforms and ubiquitous St. George’s ribbons. 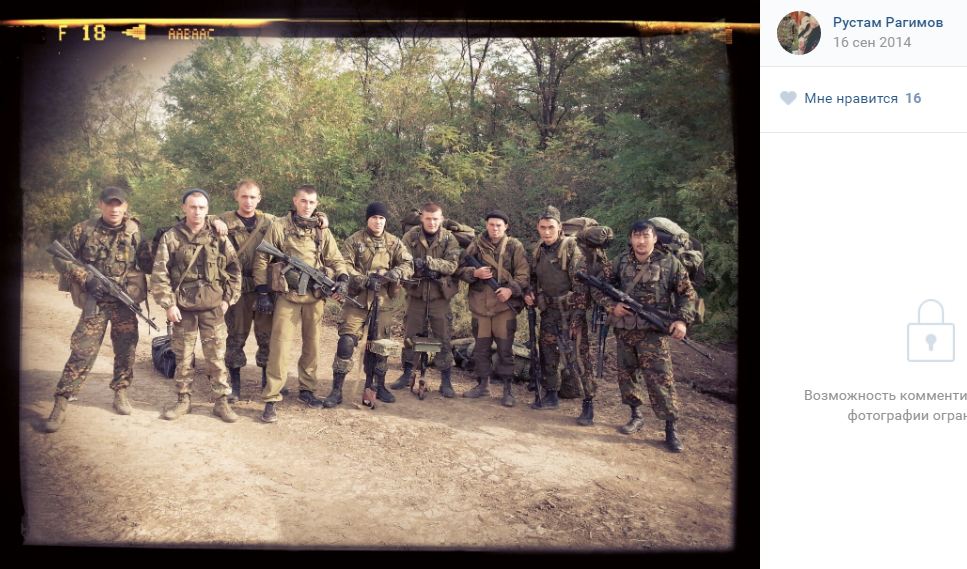 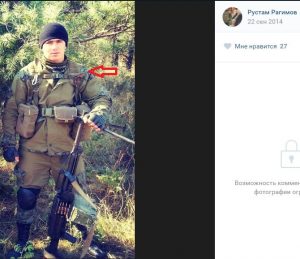 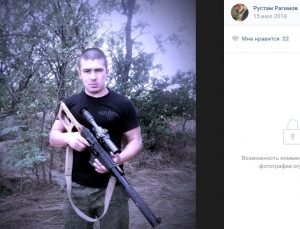 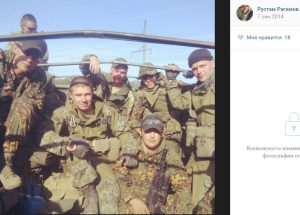 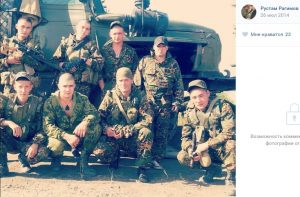 But our attention was drawn to the picture captioned “machine gunners“, which looked familiar to InformNapalm investigators. More than that, we succeeded to identify other Russian military men, who are posing in this photo from September 2014.

Note: In the fall of 2014 we started monitoring the page of a Russian contract serviceman Denis Petrikin, photos from whose album were used in one of our publications in September 2014. Then we wrote that the unit from the 8th MRB (military unit 16544, Borzoi, Chechnya), represented by D. Petrikin, was spotted at the base camp of the Russian invasion forces in Rostov Oblast, bordering Ukraine, from which that unit made forays into Ukrainian territory. In the light of new information, it is safe to say that Petrikin represented not the 8th MRB but the 17th MRB from the same region – Chechnya. The 17th MRB, along with the 8th MRB, actively participated in the hostilities in Donbas in the summer and fall of 2014. 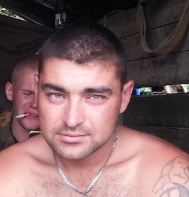 The photos from Petrikin’s album are remarkably valuable, most of them have geotags. His album contains photos from the base camp of the Russian invasion forces in the Myasnikovsky District, Rostov Oblast, as well as from the camp of Russian troops deployed in close proximity to the Ukrainian border, in the Kuybyshevsky District of the same Rostov Oblast. 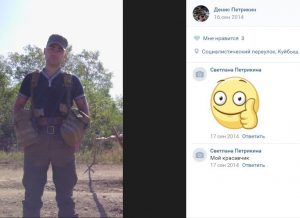 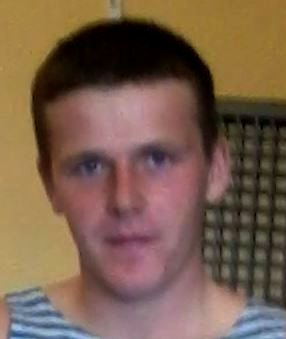 He did his conscript service in 2012-2013 in the 10th Separate Special Forces Brigade of GRU (military unit 51532, Goryachy Klyuch city, Molkin settlement, Krasnodar Krai, South Military District). As of 2014 he was a contract soldier of the military unit 65384. 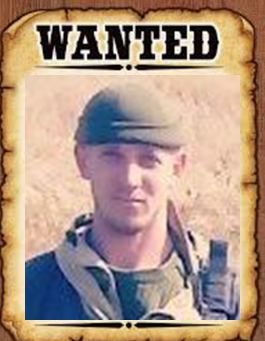 The identity of the fourth machine-gunner not yet established.

P.S. InformNapalm continues the analysis of abovementioned investigation subjects’ pages. New findings will be given in following publications. 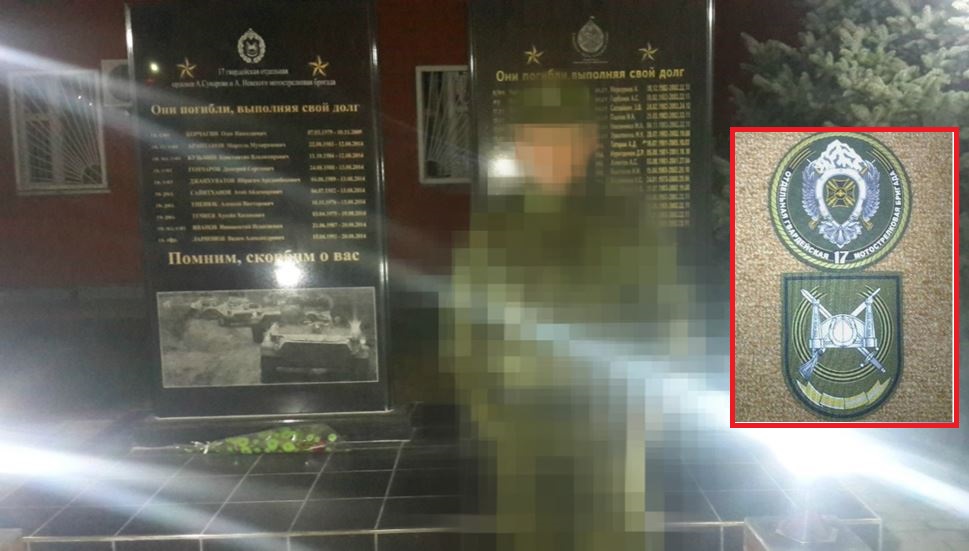 The 17th MRB featured in 13 episodes of our community investigations, mostly in publications, related to the facts of invasion and involvement in the hostilities in the Donbas in summer – autumn 2014. But there is evidence of later participation of contract servicemen from this brigade in Donbas war:

This publication was prepared on the basis of an OSINT investigation of InformNapalm volunteer intelligence community. Author Irakli Komaxidze . Evgeniy Kalashnik, edited by Artem Velichko

No Responses to “Identified: scouts from 17th MRB fought in Donbas”