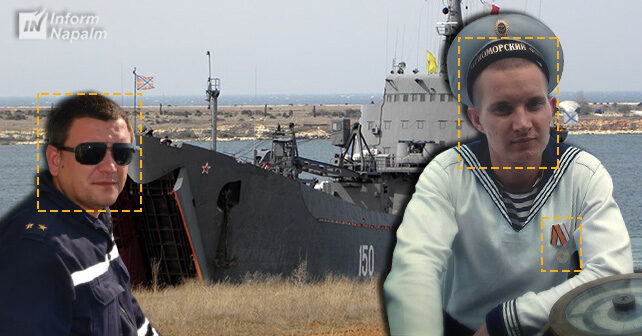 In 2016, the Military Prosecutor’s Office of Ukraine named at that time established units of the Russian Armed Forces which were involved in the special operation to seize Crimea. Among others, the Large Landing Ship (LLS) Saratov was listed. Volunteers of the international intelligence community InformNapalm conducted relevant open-source intelligence and found additional evidence confirming the participation of the crew of the LLS Saratov in the aggression against Ukraine. This information can be useful both in supplementing the evidence base in the legal proceedings of Ukraine against the Russian Federation in international courts, and in disclosing the data of the Russian occupants who participated in the aggression against Ukraine in Crimea and bear personal responsibility for carrying out criminal orders of the military command and political leadership of Russia.

Also, this article reveals the participation of a whole dynasty of Russian military men from the LLS Saratov commander’s family in the aggression against the Ukrainian, Chechen and Georgian peoples in the 20th and 21st centuries.

Established data of the Russian invaders

Denis Kuznetsov, born in the city of Taganrog, Rostov Oblast, Russia. On his social media page, the Russian navy sailor posted a photo with a medal for the occupation of Crimea. 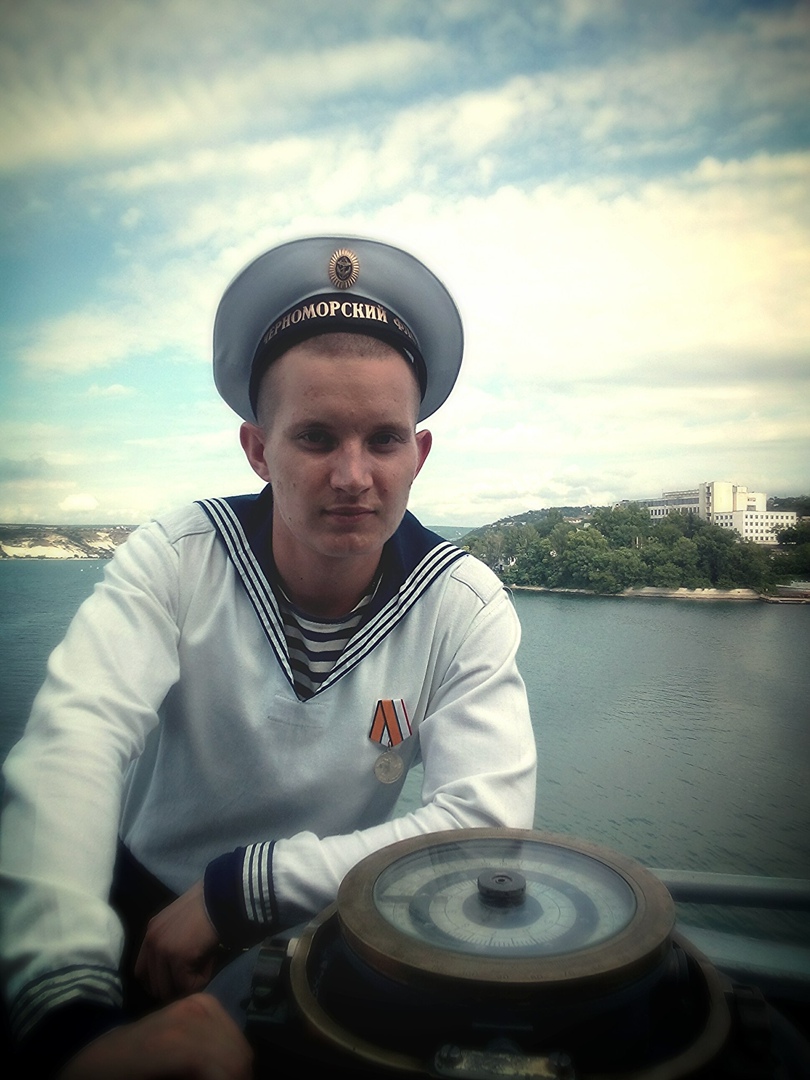 Kuznetsov also gave away the ship on which he served by posting a photo with sailors of the communications and electronics combat units of the LLS Saratov. He is in the front line first on the left on the photo. 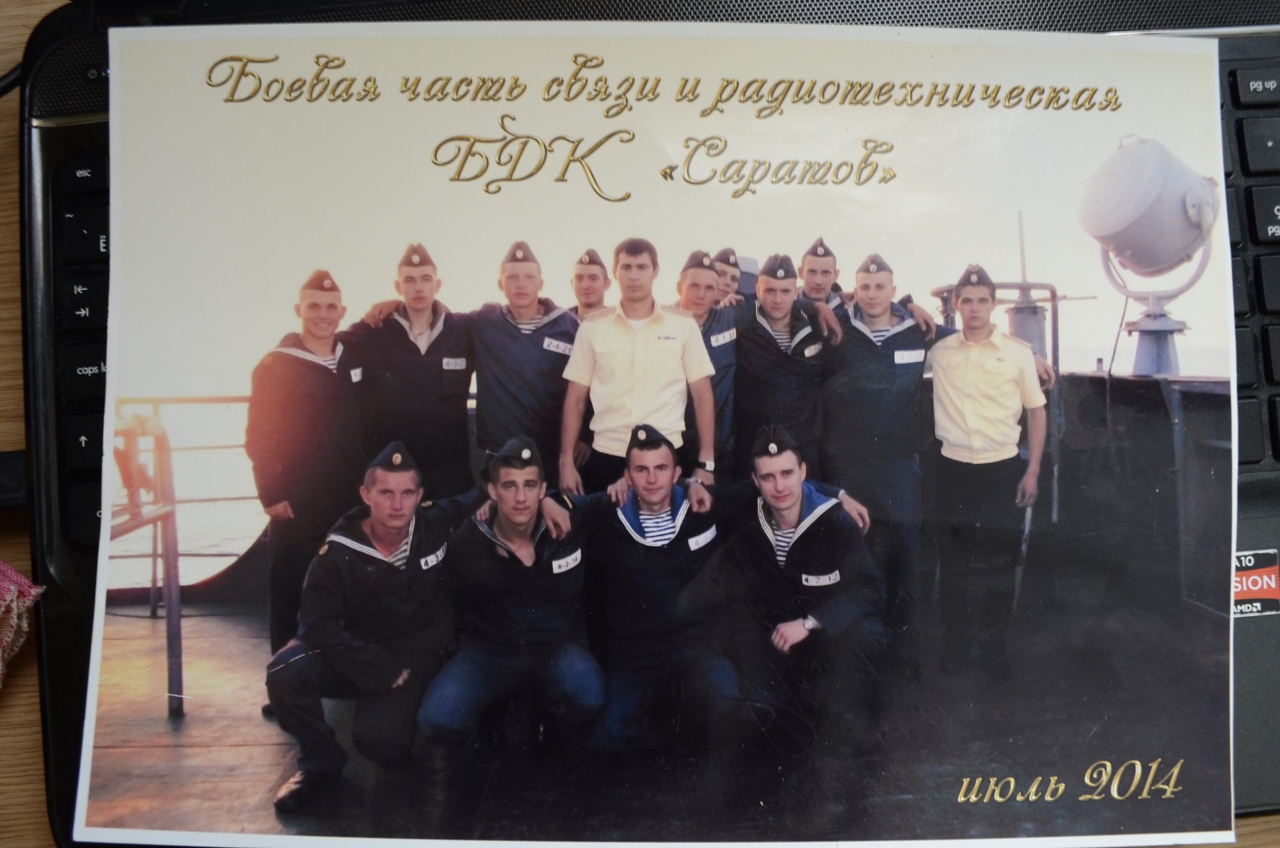 The photo was taken in July 2014, apparently before demobilization, as evidenced by the farewell wishes from his colleagues on the back of the photo. 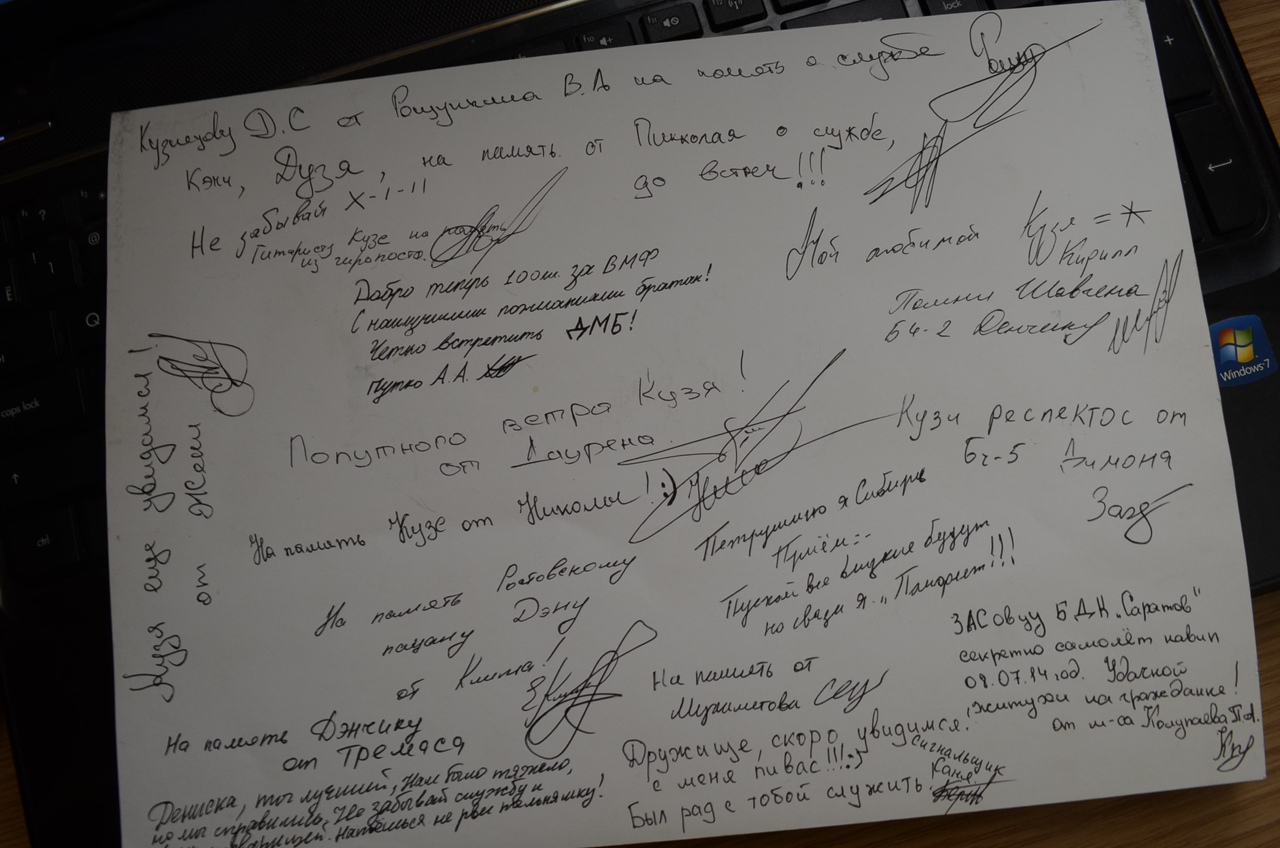 This means that Kuznetsov participated in the special operation to seize Crimea as a part of the crew of the LLS Saratov, which is a unit of 197thBrigade of Landing Ships (BLS) of the Russian Black Sea Fleet (military unit 72136, permanent station in the city of Sevastopol, temporarily occupied Crimea).

Also in Kuznetsov’s album there is a photo of a medal with an award certificate signed by the commander of the 197th BLS, Captain of 1st Rank Alexei Komarov. 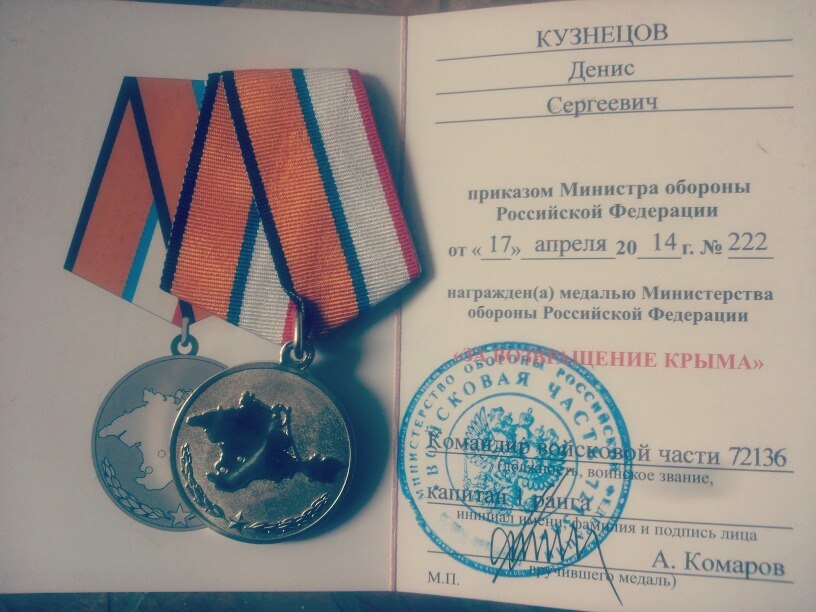 Another sailor from the LLS Saratov – a participant in the special operation to seize Crimea. Vasily Fadeyev, born on January 13, 1993. 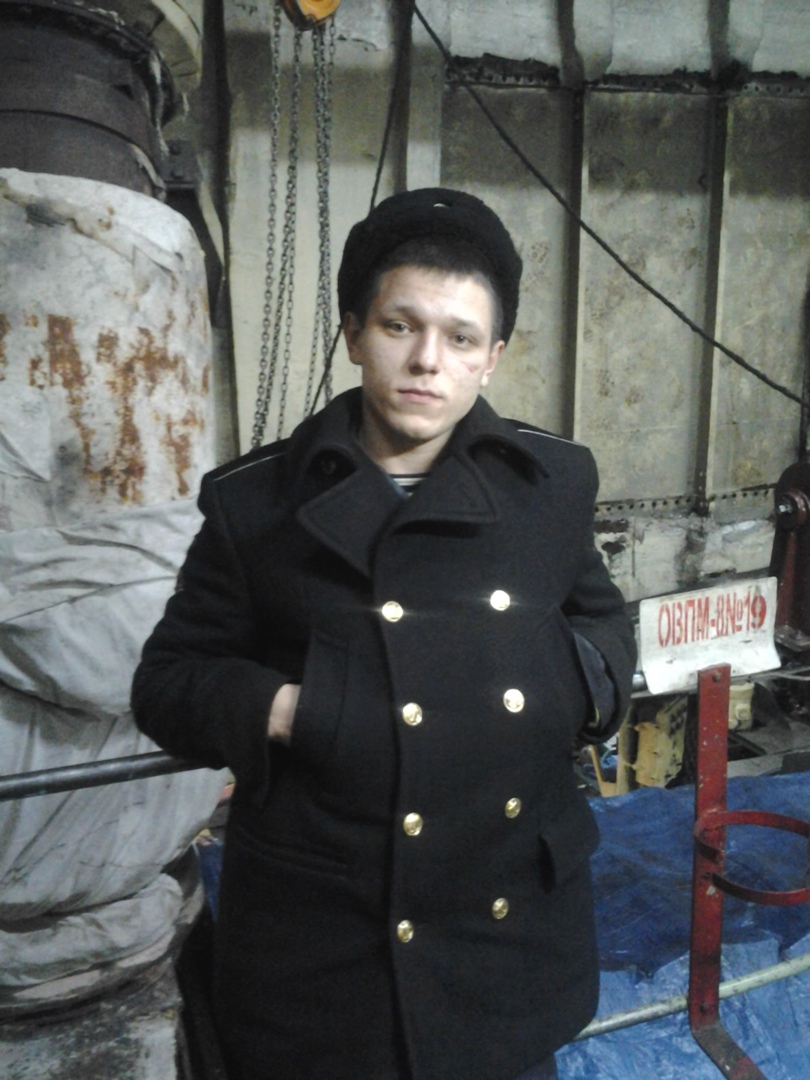 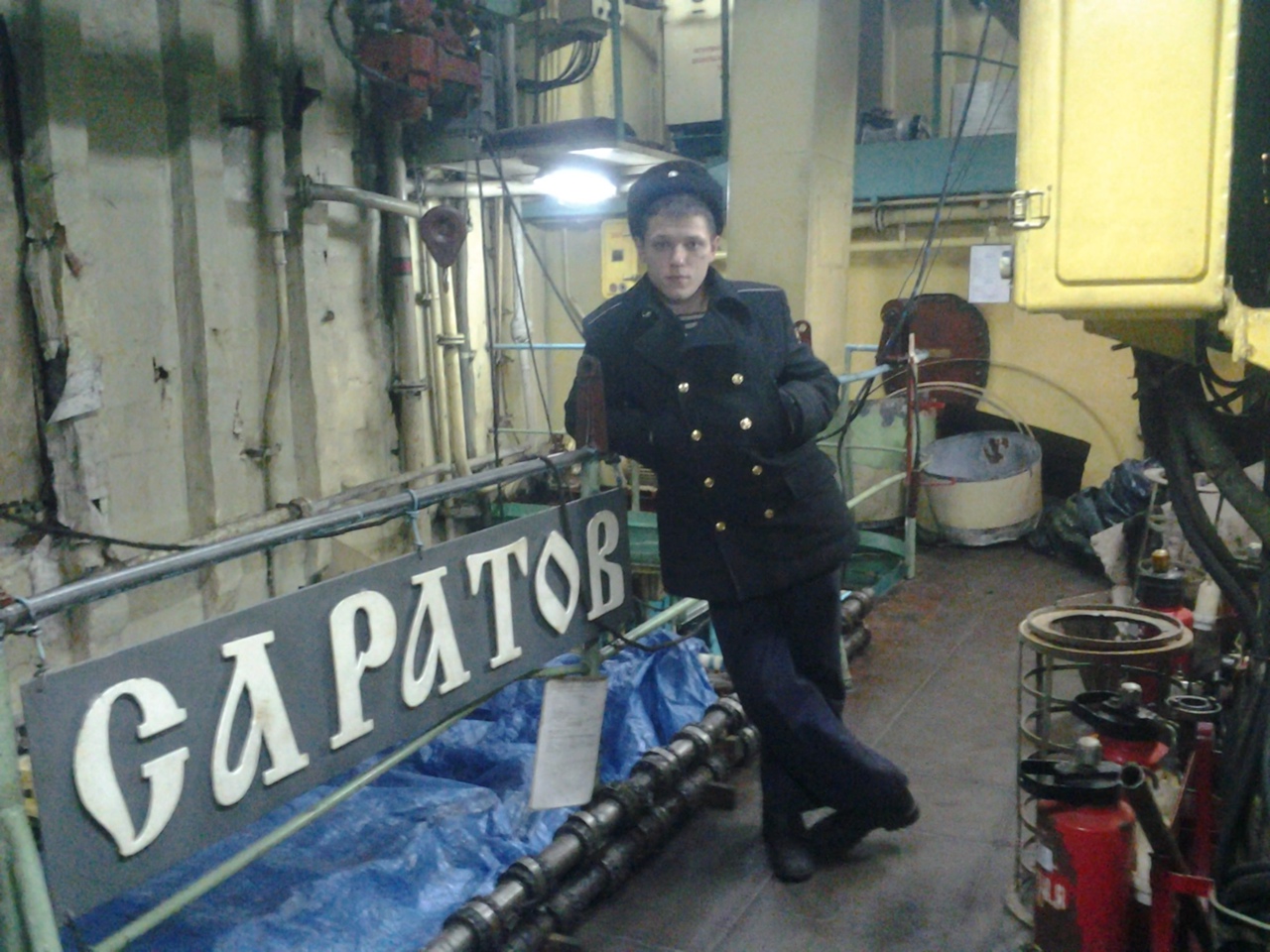 He was also awarded with the medal of the Russian Ministry of Defense for the seizure of Crimea. 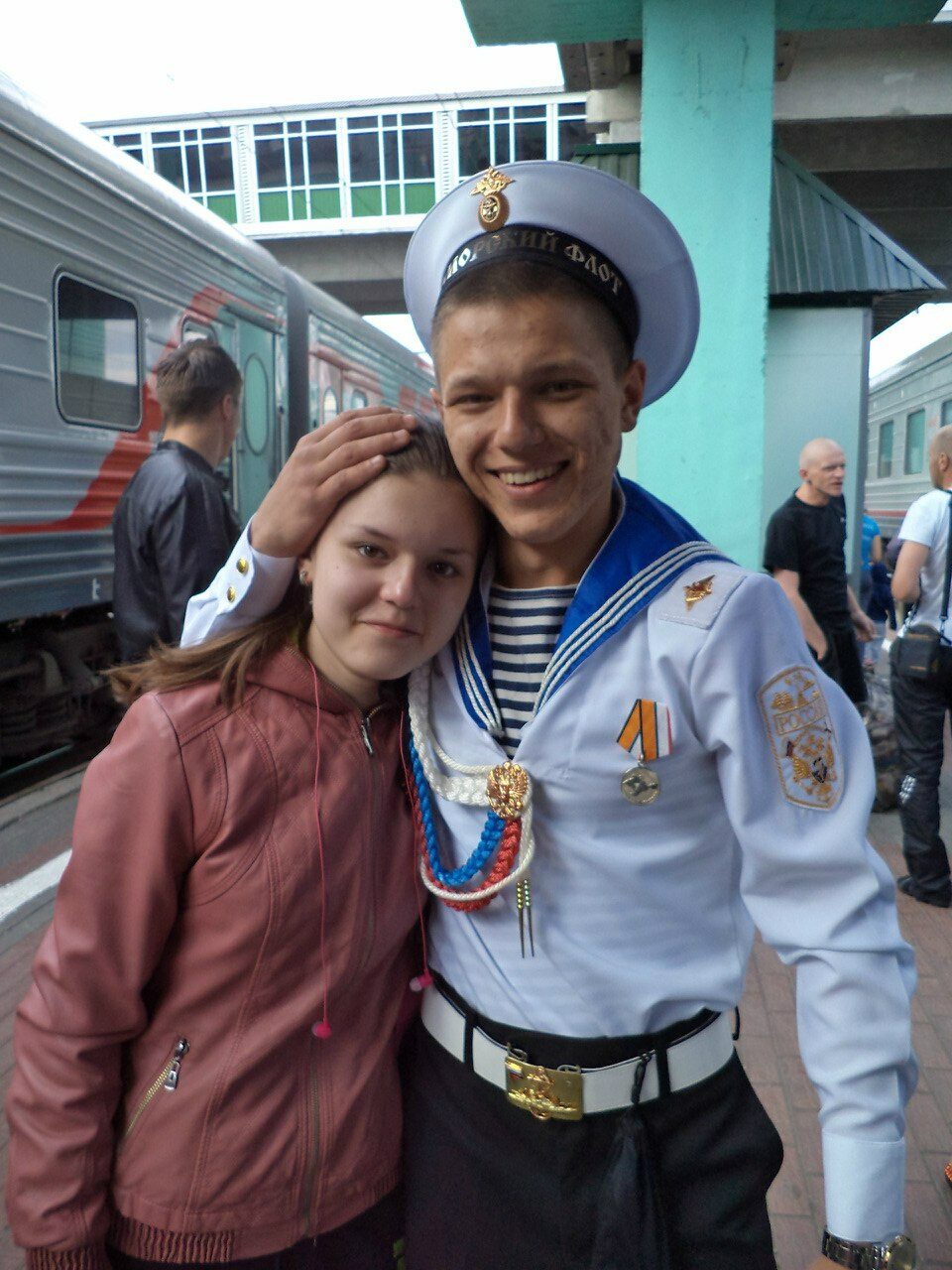 Having studied open information sources, we have established that at the time of the special operation to seize Crimea, the LLS Saratov was under command of Captain of 2nd Rank Nikolai Paliy, born on October 11, 1979. 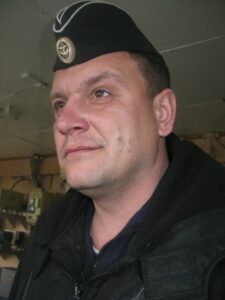 Paliy was spotted in this position in 2012, as well as in February 2014, shortly before the Russian attack on Ukraine and in October 2014. 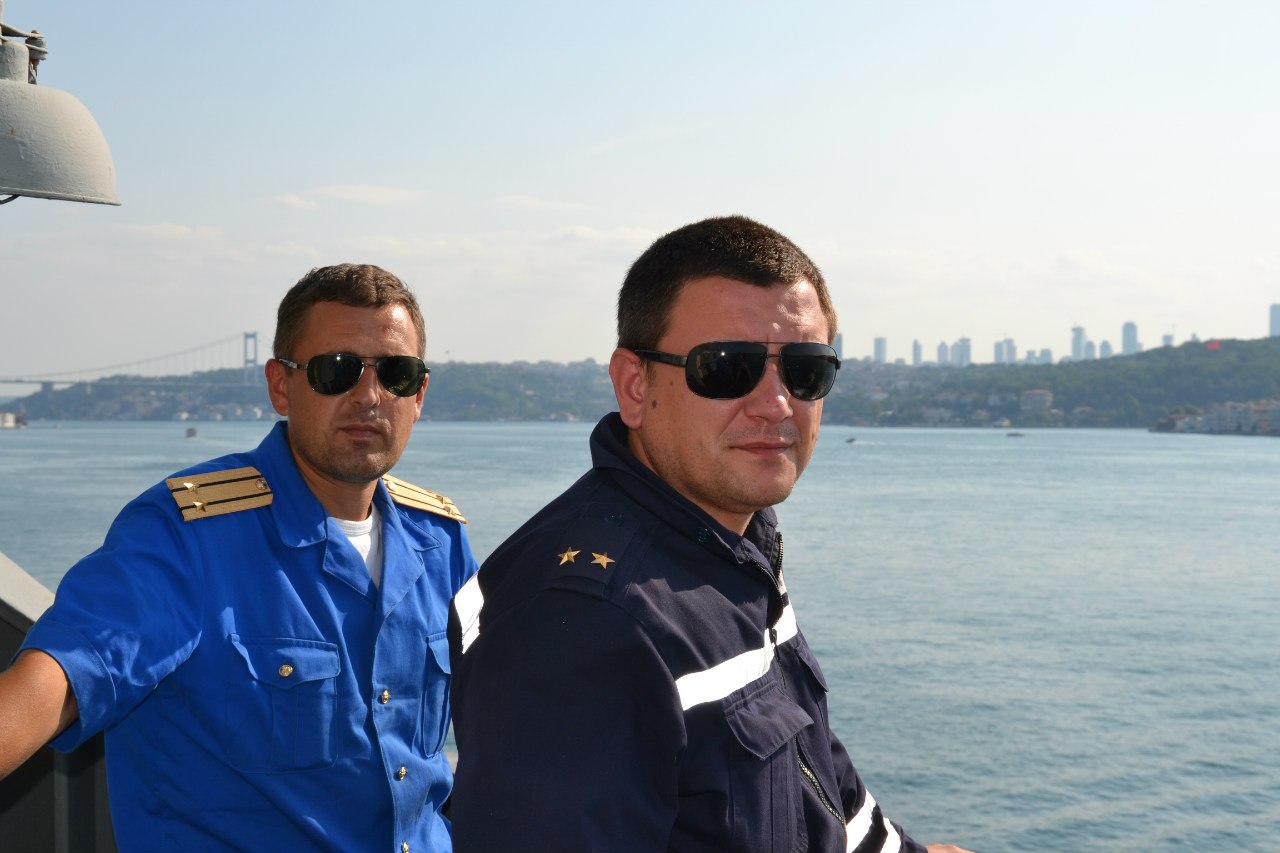 Nikolay Paliy in the foreground. Source: his own page on VK social network 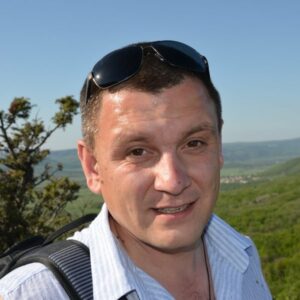 The history of Russia is the history of aggression and wars against different countries of the world, both neighboring and geographically distant. Therefore, Russia can boast whole dynasties of war criminals who in different years took part in Russian wars.

The Paliy family is a stark example of such a dynasty. After the end of World War II, Pavel Paliy fought in western Ukraine against the Ukrainians who resisted the Russian occupation. 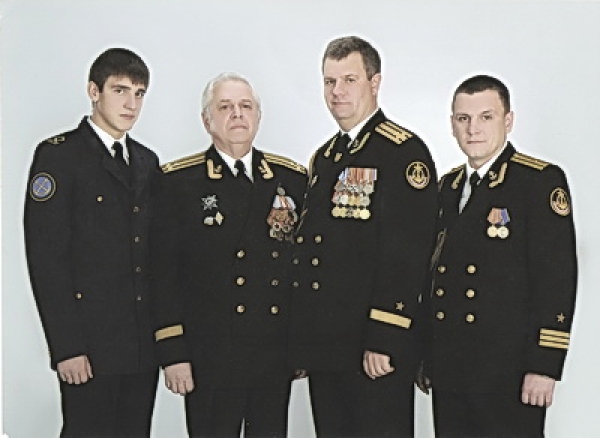 His grandson Nikolai Paliy is a subject in this investigation. Under his command, the LLS Saratov took part in a special operation to seize Crimea.

The brother of the commander of the LLS Saratov – Andrey Paliy – participated in the war of Russia against Georgia in 2008, he also fought against Ichkeria for two and a half years. Now Captain of 1st Rank Andrey Paliy is the head of the personnel department of the Russian Black Sea Fleet. He is listed in the Myrotvorets Center database as a war criminal.

LLS Saratov also took part in the aggression against Georgia

During the Russian-Georgian war, on August 12, 2008, two large landing ships of the Black Sea Fleet – Yamal and Saratov – landed Russian troops in the Georgian port of Poti. The purpose of the operation was to destroy the ships of the Georgian Navy in the port.

The commander of the LLS Saratov was then Captain of 2nd Rank Oleg Pochinov. 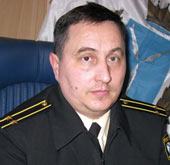 For his participation in the aggression against Georgia, Pochinov was awarded the medal of the Order for Military Merit to the Fatherland, 1st class with swords.