The Dynasty of Russian War Criminals: Biographic Narrative of the Invader 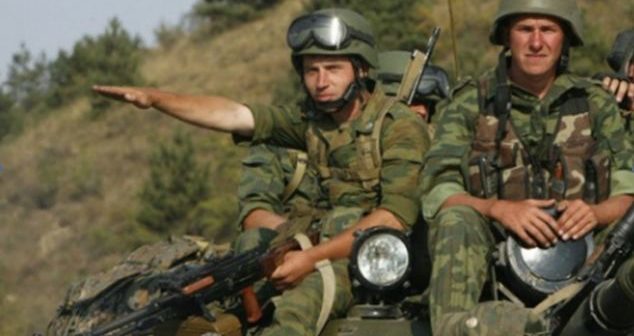 For a long time now, the geography of OSINT (open-source intelligence) of InformNapalm international community of volunteers has not been limited by the border of Ukraine. Our investigations follow Russian Army servicemen of various ranks and positions, involved in the execution of criminal orders issued by Russian military and political leaders in Ukraine, Georgia and Syria. In this new report we present the dynasty of Russian officers: the father – Colonel Yuriy Shtondenko, the veteran of the Russian military invasion of Georgia in 2008, and the son – Senior Lieutenant Vladimir Shtondenko serving at the Russian occupation military base in Abkhazia. 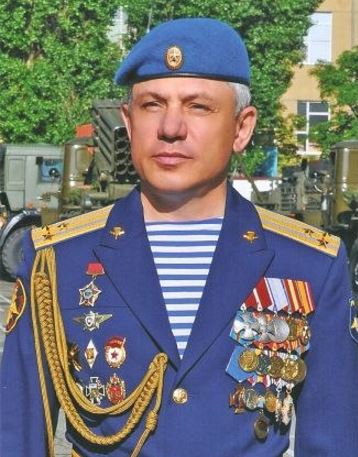 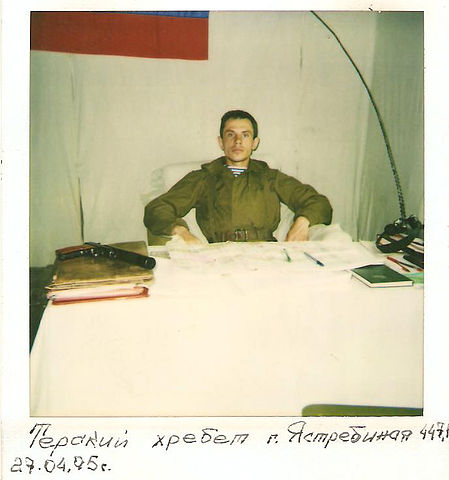 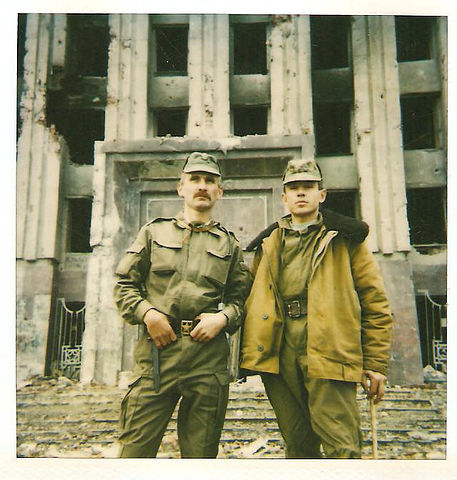 In August 2008, he participated in military intervention campaign in Georgia. For a period of time, he served as acting commander of the 4th Russian occupation military base located in Tskhinvali. Starting from 2012, he was the commander of the 25th Spetsnaz Regiment of Main Intelligence Directorate in Stavropol. In July 2015 records list him as the head of the 333rd combat training center in the Western Military District located in Mulino, Nizhny Novgorod Region.

We should explain why Colonel Shtondenko attracted our interest. In view of his professional record and combat experience, in open conflict zones such as Afghanistan and Northern Caucasus, there is an obvious purpose behind his appointment to the 42nd Division, designated as ‘peacekeeping’ by the Russian Ministry of Defense. In the early 2000s, Georgia had shifted its affiliations and course of development from Russia to the West. With support from Europe and the US, the country was able to push for the removal of Russian military bases from its territory. Kremlin set out to find any available opportunity to regain its lost positions. At that time, the only Russian military presence remaining in Georgia were several minor ‘peacekeeping’ units, located in the breakaway regions of Abkhazia and Samachablo (also known as South Ossetia). Even then, long before the events of August 2008, Russia had already started preparing ground for its military aggression. For example, while a battalion from the 42nd Division, was deployed in Tskhinvali region on a permanent ‘peacekeeping mission’, members of Russian secret services were actively working with local separatists, providing arms and training for future activities. GRU intelligence units would deploy to this region alongside the so-called peacekeepers to familiarize with the area and conduct reconnaissance. In violation of established agreements, Russia undertook secret construction of a military base in the area outside of Georgian and international observers’ control in the village of Dzhava, stockpiling arms and military equipment, as well as training local ‘rebels’.

Colonel Shtondenko, in his position of deputy commander of the 42nd Division, witnessed these developments, while making frequent supervisory visits to Tskhinvali from Vladikavkaz. Using the convenient opportunity, which strangely coincided with Caucasus-2008 strategic maneuvers and Olympic Games in Beijing that drew international attention, Russia instigated a new cycle of conflict in the region using the separatist groups it controlled, thus launching direct military aggression against Georgia, cynically called ‘the peace enforcement operation’. At the frontline of Russian intervention was the 42nd Division, with a tactical group under the command of Colonel Shtondenko . Many people still remember TV images of August events, as Russian military, instead of its withdrawing troops, continued spreading chaos even after the ceasefire agreement had been signed. One example was the ramming of a Georgian police post with IFVs (link to video   at 0:25–0:30 min). We can recognize Colonel Yuriy Shtondenko in the group of vandals assaulting peaceful residents and policemen. 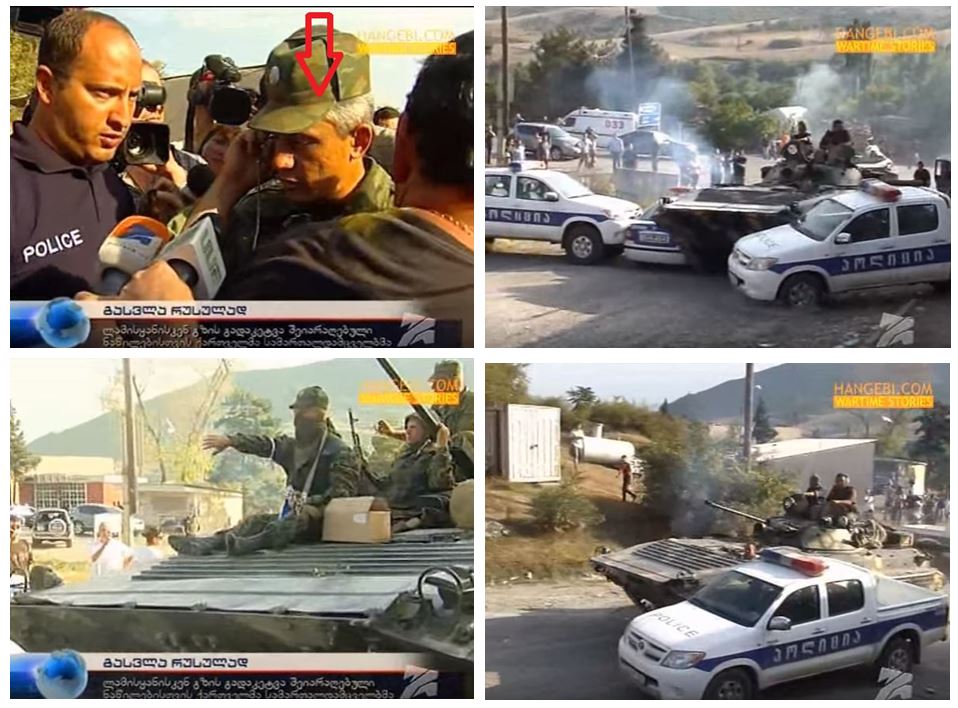 Afterwards, fortune favored the colonel: after a short service as the commander of the occupation contingent in Tskhinvali, he was transferred back to Russia. In 2012 Colonel Shtondenko was assigned to the 25th Regiment of the Main Intelligence Directorate, located in Stavropol, newly formed under the pretense of ‘providing security for the 2014 Olympic Games in Sochi’. Notably, the list of the regiment’s missions included ‘development and implementation of guerrilla and sabotage methods, including organization and support of rebel groups’.

As a reminder, the 25th Spetsnaz Regiment attracted the attention of InformNapalm in April 2014, in the early days of the conflict in Donbas, while we worked to identify the Russian troops involved in the Russia’s undeclared war in Ukraine. Later, the 25th Regiment, along with other GRU units, received multiple mentions in various mass media in relation to the events in Donbas.

The contribution made by Colonel Shtondenko to the formation and combat training of the 25th Regiment that later successfully operated in Donbas, received high acclaim by the Russian Army command. Starting in 2015, open sources identify Shtondenko as the head of the 333rd combat training center for the Western Military District, in Mulino, Nizhny Novgorod Region.

The center’s story begins in 2011 with the agreement between the German company Rheinmetall Defence Electronics and Rosoboronservice (Russian Defense Ministry’s services and logistics company), to build the facility. Although the project was not fully completed due to the 2014 sanctions, the center opened its doors to provide training for servicemen, while the construction of required infrastructure and finishing work were done with domestic resources.  Some sources suggest  that the center will provide training only to the units located in the Western Military District. In the initial planning, military training centers of this type were expected to be established in each military district. However, due to the issues resulting from the sanctions, only two centers proceeded with authorization and construction, in Mulino (Western Military District) and Ashuluk (Southern Military District).

Information on the Ashuluk training center of the Southern Military District suggests that it was specifically this center where battalion tactical groups used for “trips to Rostov and Ukraine”, received their combat training and coordination exercises. For instance, in spring and early summer of 2014, the BTG of the 7th Military Base (military unit 09332, in the occupied Abkhazia, Georgia) was readied for the deployment in Ukraine at the Ashuluk range in Astrakhan Region. From there, the unit was deployed to Donbas  in the second half of summer. Thus, it is reasonable to assume that the tactical groups of the Western Military District assigned to operations in Ukraine undertake their combat training at the Mulino center, particularly since the units of bot Western and Southern Military Districts, were observed on multiple occasions  during their “trips” to Ukraine.

Let’s go back to the Shtondenko dynasty. An OSINT investigation established that the colonel’s eldest son, named Vladimir, is also an officer in the Russian army. He is currently assigned to the 7th Russian occupation base, located in Gudauta (the occupied Abkhazia, Georgia). 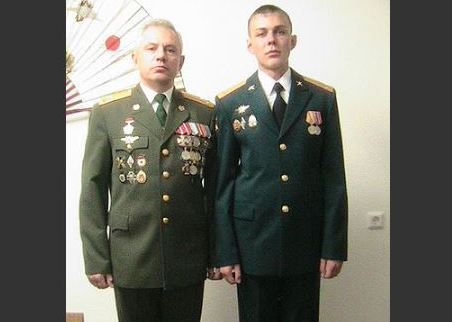 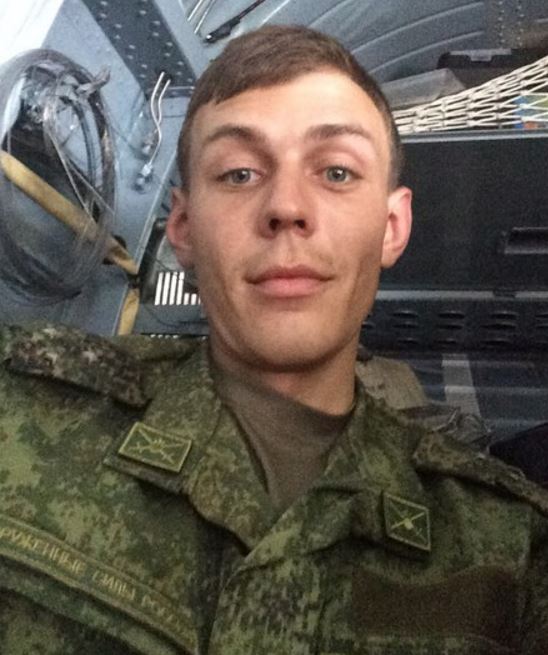 Senior lieutenant Vladimir Yurievich Shtondenko, born May 1st, 1989.Social networks presence: profile,  photo album and contacts.Education: completed Moscow Higher Military Command College in 2010, after graduation assigned to the 7th military base, where he currently serves as a platoon commander of the 8th company of the 3rd motor rifle battalion.

Some data suggests that the 3rd battalion of Gudauta military base is the one included in the BTG engaged in “trips to Rostov and Ukraine”. 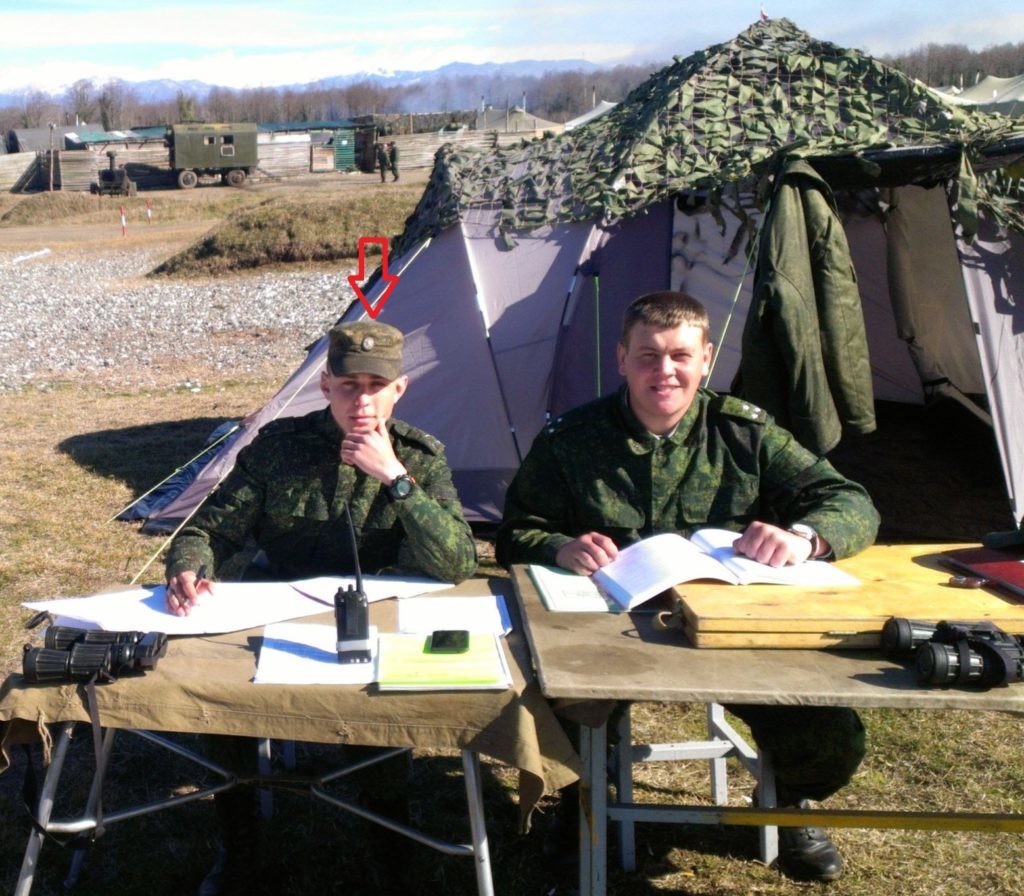 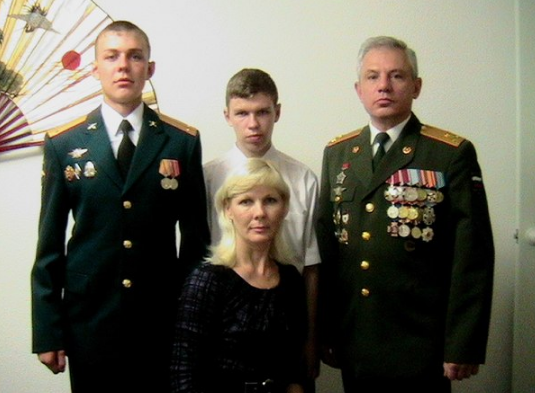 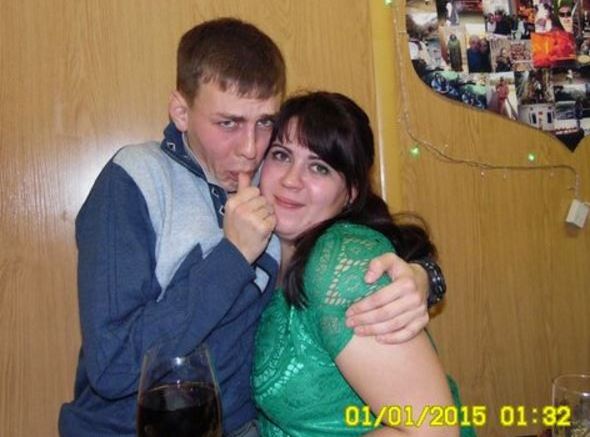 We should note that the 7th Russian Military Base located in the occupied Abkhazia (Georgia) received multiple mentions in relation to the activities in Ukraine and Syria. We covered the criminal activities of this specific unit on 17 different occasions. One of the latest persons of interest in our investigations related to the unit was a contract soldier Ivan Ivanov, who was awarded the Medal of Zhukov for his time in Donbas, and who was later deployed to Syria.

Information contained in this article is not the first exposure of Russian military servicemen, who participated in the aggression against both Georgia and Ukraine. For further details, see previous reports:

This publication is based on OSINT investigations by the InformNapalm international volunteer community as well as other sources.

18 Responses to “The Dynasty of Russian War Criminals: Biographic Narrative of the Invader”