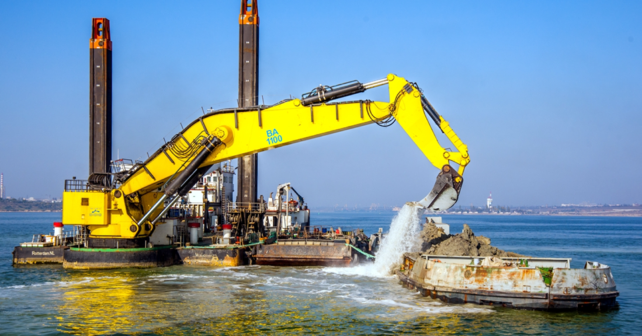 Dredging is an international duty of Ukraine to maintain the appropriate depth of its seaways. Ukraine shall guarantee safe navigation to foreign vessels. Chorazmorshliakh and Ustdunaivodshliakh — two companies of strategic importance for the national economy and security — had carried out the dredging operations before 2004. Back then, their combined fleet totaled 75 vessels. However, they are virtually out of business today, their operations have been suspended because of corruption and their fleet stands idle.

As a result, Meotida and Inhulskyi — the two Ukrainian vessels currently in operation — are only capable of handling not more than 0.5 million cubic meters per year or not more than 5 percent of the average annual demand for dredging totaling 10 million cubic meters. To put it mildly, the situation is critical: 95 percent of dredging operations are carried out by foreign vessels, some of them Russian, at prices which contain substantial margins for the operators.

Russia has been pursuing aggressive maritime policies against Ukraine, obviously considering it a major competitor in the Black Sea basin.

Source: Russia’s Strategy of the Seaport Infrastructure Development Till the Year 2030.

Russia’s official seaport development strategy aims at “switching a part of Russia’s foreign trade flows from Ukraine to the Russian ports.” Thus, stagnating Ukrainian seaports are in the best interests of Russia. To achieve this, it would be enough to contribute to preventing Ukraine from meeting its international dredging commitments. Today, the Kremlin is close to this goal like never before.

Bankrupt Chorazmorshliakh made payments to the LPR

In 2004, the management of Chorazmorshliakh entered into international contracts which brought about the company’s bankruptcy in 2005. In 2011, Oleksandr Sauliak was appointed the CEO of Chorazmorshliakh; however, he was arrested a year later on suspicion of extortion and bribery to the tune of $70,000 for signing a contract for chartering out two Chorazmorshliakh-owned vessels. By the way, this minor annoyance did not prevent him from running for a seat in the Odesa City Council in 2015.

In November 2014, Serhii Chetyrkin, the CEO of currently-defunct Ukrtekhflot in 2010 and 2011, was appointed the CEO of Chorazmorshliakh. It is no surprise that, in 2016, Chetyrkin was charged with embezzlement of UAH 12 million for writing off 18 vessels as scrap metal at a reduced price.

In December 2014, Chorazmorshliakh transferred about UAH 19 million — almost the entire proceeds from the sale of vessels — to the bank account of Meredis Finance company effectively seated in the so-called Luhansk People’s Republic (LPR). Its ultimate beneficiary owner is Andrii Hrenadiorov who resides in the Russia-occupied city of Irmino. 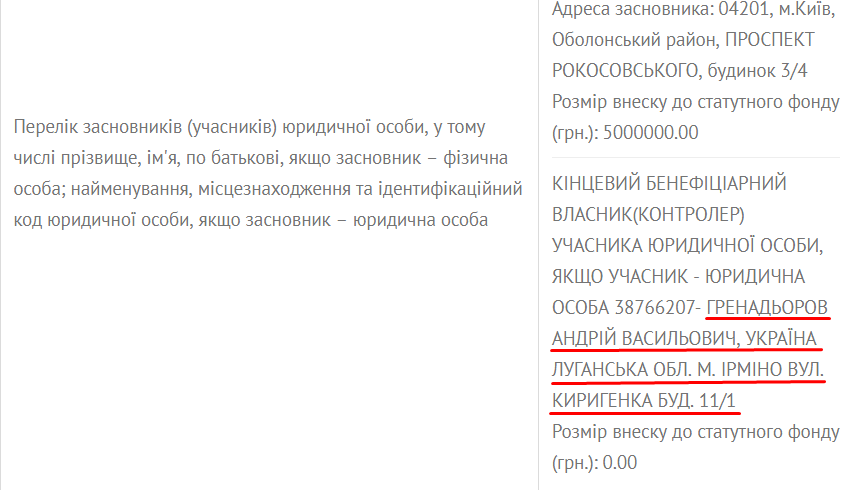 Source: Meredis Finance excerpt from the Universal Register of Enterprises and Organizations of Ukraine.

Russian Vessels Involved in Ukrainian Dredging Operations: Do We Really Want a Rerun of the Crimean Scenario?

Russian vessels involved in Ukrainian dredging operations: do we really want a rerun of the Crimean scenario?

The market of dredging services in Ukrainian waters is now occupied by the Russian vessels. Apart from economic, it could also pose a military threat for Ukraine. If necessary, these vessels can be used to block navigation at exits to the Black Sea from the Sea of Azov, the Dnieper and Danube, seaports of Yuzhnyi, Odesa, Bilhorod-Dnistrovskyi, and Chornomorsk thus repeating the scenario of the Ukrainian Black Sea Fleet being blocked in the harbors of Crimea.

According to the information from criminal files, Gidrostroy company (Kaliningrad, Russia), being unable to participate directly in dredging tenders announced by the Ukrainian Seaports Authority, established contact with Ukrainian companies, such as Tekhmorhidrobud-Mykolayiv, Ligos-UA, Novi Tekhnolohiyi Ukrayiny, and Ukrzvyazokhidrobud, and suggested that they take part in the tendering procedures and use Russian vessels for the dredging operations.

As a result, the operations of dredging vessels, such as Sievierodvinskiy, Milford, Glenford, Elena, Kimburgsky, Dunay, Izmailskaya, were managed from Russia.

By the way, Oleksii Bushtruk, Director of Tekhmorhidrobud-Mykolayiv dredging company, graduated from School No. 20 in Kamensk-Uralskiy (Sverdlovsk Oblast, Russia) and served in Dzerzhinsk Division (military unit 3186, Moscow, Russia) according to the information from his profile on the Russian social media. It is hardly surprising that he gladly cooperated with the Russian “partners.” 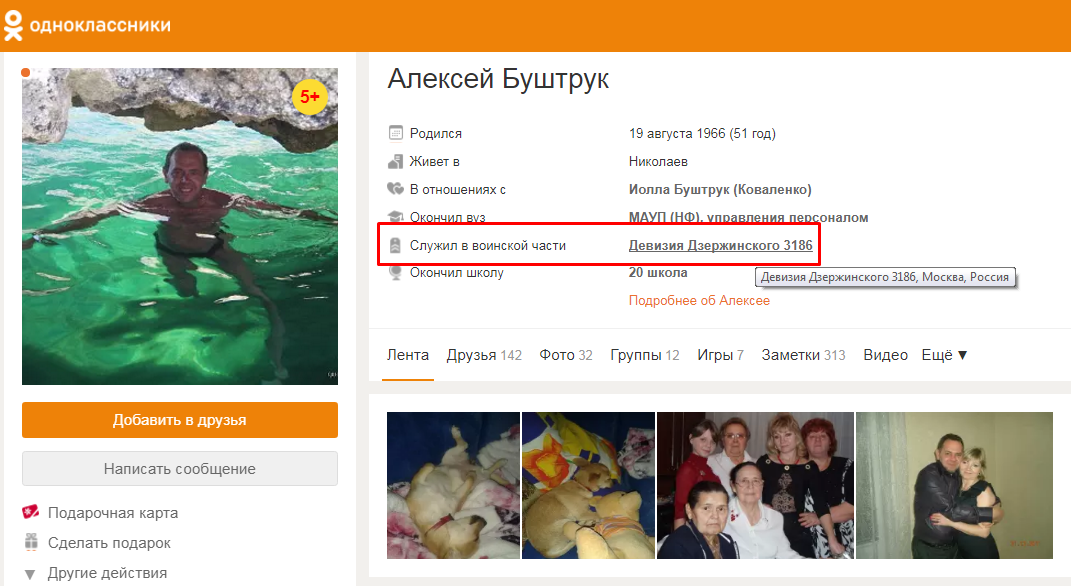 Tekhmorhidrobud-Mykolayiv scored a victory against another Ukrainian company, Inflot-Danubius, in the last year’s tender for dredging operations in seaports of Berdiansk and Mariupol. The latter also chartered two dredge pump vessels, Onezhskiy and Irbenskiy, flying the Russian flag and hailing from their respective Russian home ports of Arkhangelsk and St Petersburg according to their classification certificates.

Head of the Ukrainian Seaports Authority (USPA) with the Russian past

Andrii Amelin was appointed as the head of the newly established Ukrainian Seaports Authority (USPA) in 2014. In 2016, the investigator of the Ukrainian Security Service (SBU) charged him with embezzlement of more than UAH 3 million when procuring fuel. The case was filed in court; Amelin was arrested and let out on bail. His story is not over.

In early 2017, he was replaced as the head of the USPA by Raivis Veckagans from Latvia, who used to be a member of the Board of Directors of Riga Central Terminal in charge of the management of relations with the key customers — Russian producers of coal, ore, cast iron, and ferro-alloys.

In his turn, Vladimir Gridin, a co-founder of the Siberian Business Union, was elected as a member of the Russia’s Duma on the ticket of Putin’s United Russia party in 2007 and 2011, and also co-chaired the Duma’s Transport Committee.

Thus, the current head of the USPA defended interests of a company owned by a Russian businessman-cum-MP, who was in charge of Russia’s transport sector, for several years, including the first years of the Russo-Ukrainian war.

But there is something else. The Russian company, for which Veckagans worked since January 2016, is not listed in his LinkedIn profile for some reason. However, the information about this company is available in Veckagans’ tax e-return submitted on June 2, 2017: Fenix, St Petersburg, Russia. 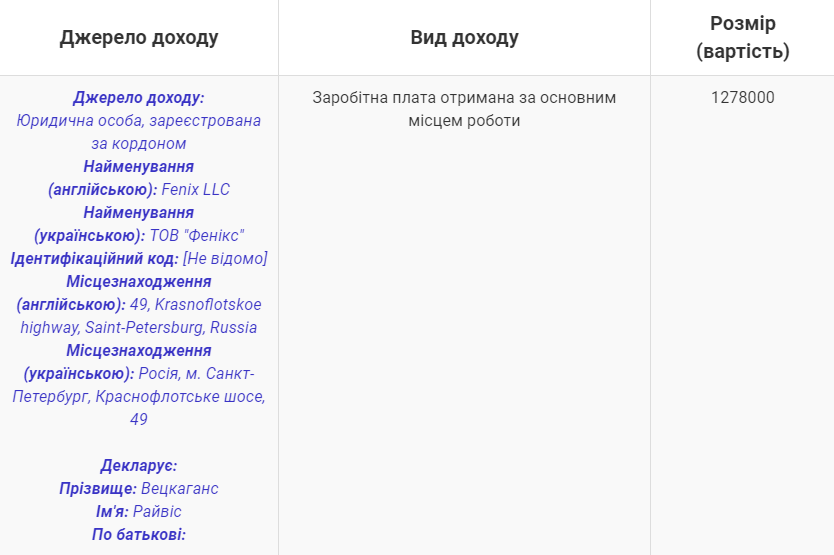 Fenix operates and owns the Bronka seaport in St Petersburg, Russia. This company is a part of Forum Holding established by the Autonomous Non-commercial Organization “Management of Affairs of the Regional Public Fund in Support to the Federal Security Service and the Foreign Intelligence Service.

Nikolay Negodov, one of the two key shareholders of Forum, used to be an officer of the KGB Department in Leningrad City and Oblast since 1977, then it became Russian Federal Security Service (FSB), and he reached the rank of FSB major general. He was appointed Russia’s deputy transport minister in 2002.

Thus, before being appointed the head of the USPA, Veckagans used to work for a Russian company affiliated with Russia’s intelligence agencies and owned by a retired Major General of the FSB. So how did Veckagans manage to successfully pass the background check before his appointment as the head of the USPA?

Ukraine has already lost its seaport of Henichesk which used to handle 200,000 to 250,000 tons of cargo per year in the Soviet times but does not work at the moment. Ust-Dunaisk seaport in Odesa Region is effectively dead with the annual cargo handling volume of less than 1,000 tons due to the substantially reduced harbor depth. The seaport of Reni reduced its cargo handling volume by a factor of 16 since the declaration of the independence; a tender for dredging operations in this port was announced for the first time in many years this year.

Dredging operations in Ukraine are plagued by massive corruption and is permeated by the Russian interference. This is a direct way toward losing seaports in Berdiansk, Odesa, and Mariupol. The SBU’s Economic Security Department is tactically combating Russia’s destructive influence in this field, but we need a change at a strategic level: The best international practices call for the development of the concept of protection of the critical infrastructure, including canals, water areas, and the fleet of dredging vessels.

An active link to the authors and our project is obligatory for any reprint or further public use of the material (Creative Commons — Attribution 4.0 International — CC BY 4.0)

No Responses to “Russian Tentacles in Ukrainian Dredging Operations”