Zapad-2021: threats to the national security of Belarus and Ukraine 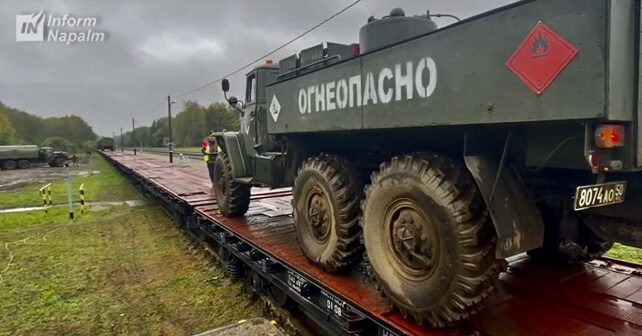 As a result of the Zapad-2021 strategic military exercises held in Belarus jointly with the Russian Federation, threats to national security have reached a critical level. Volunteers of the Belarusian editorial team of InformNapalm international volunteer intelligence community write about this in their new review dated September 27.

It is significant that the Chief of the General Staff of the Russian Army Valery Gerasimov, one of the key architects of the Russian hybrid warfare strategy for, was appointed the commander of this year’s Zapad-2021 exercises from the Russian side. 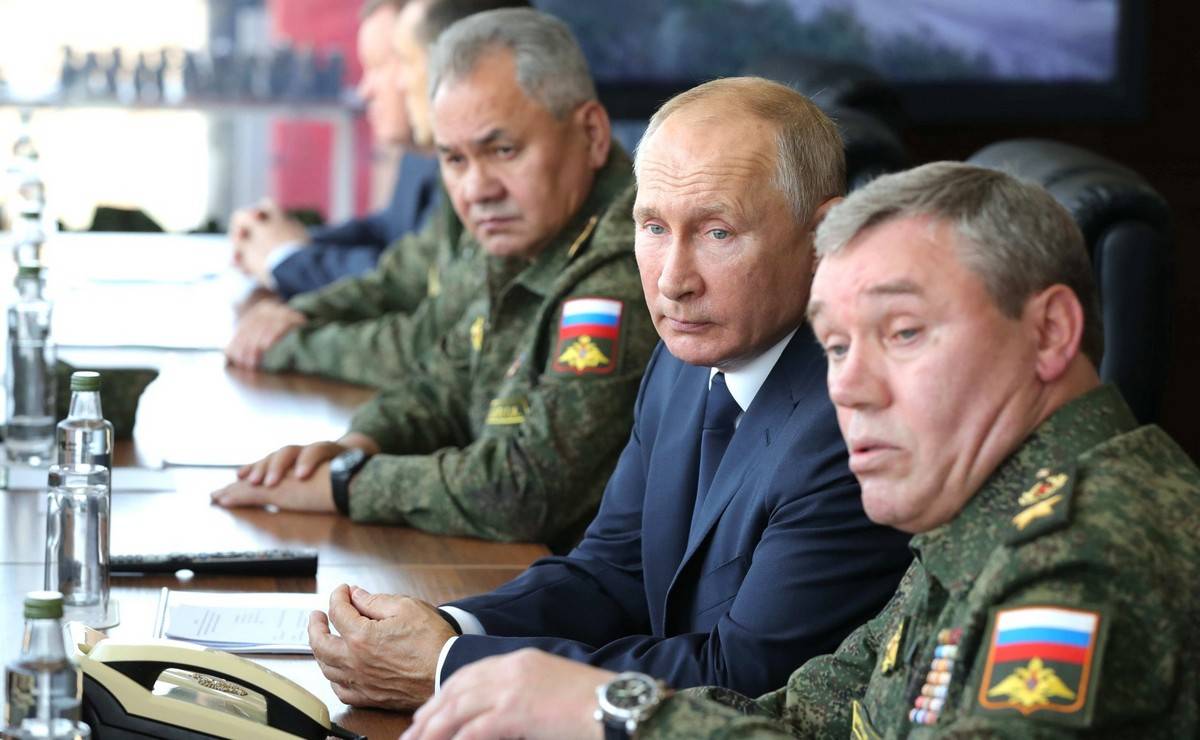 Since 2013, the Russian army has been honing the use of the entire arsenal of forces and assets for conducting hybrid military operations in the region during Zapad strategic exercises on the territory of Belarus.

So in 2013, during the Zapad-2013 exercises, Russian Army had the opportunity to train in the territory of Belarus the methods of hybrid war which were then tested in actual combat conditions in the military aggression against Ukraine very next year.

During the Zapad-2017 exercises, the Armed Forces of the Republic of Belarus, on their own territory, were drawn in a combat training of operational encircling of the NATO troops in the Baltic countries. To play out the capture of the Suwalki gap scenario and the advance of the Russian army from the territory of the Republic of Belarus to the Kaliningrad Oblast of the Russian Federation within the framework of the exercises, part of the territory of Belarus was for the first time singled out as a fictional state (so-called “Veyshnoria”) It opposed the rest of the country as a notional enemy.

The last Zapad-2021 exercises were officially held at 4 training ranges in the Brest Oblast, directly bordering on the territory of Ukraine. There are only a few dozens of kilometers from one of these ranges (Brest range) to the border with Ukraine.

Taking into account the fact that the Zapad-2021 exercises in Belarus are only part of the global Russian strategic exercises, which were also held at 9 Russian training ranges, Ukraine was apparently the main object of the training and combat tasks of the Russian army, including the part on Belarusian territory. This is eerily similar to 2013. It is obvious that the encirclement attacks against the Ukrainian military formations are planned from several directions, among which the Belarusian one must be assigned a strategic importance. From it, an operation can be carried out to split the forces of the Ukrainian army and besiege the capital of Ukraine.

The so-called unified regional grouping of troops (forces) of the Russian Federation and the Republic of Belarus (URGT), as well as the unified regional air defense system (hereinafter – URAD) continue to build up forces and assets, while their main concentration occurs at Russian formations of the URGT, first of all, at the 1st Tank Army. The units of this main armored strike force of the Russian army make up the backbone of the military contingent of the Russian Army during the Zapad-2021 exercises on the territory of Belarus. According to the official data of the Russian Ministry of Defense, about 2,500 servicemen arrived from Russia for the Zapad-2021 exercises, however, there are serious grounds to believe that the official number of servicemen was underestimated by at least 1.5 times.

Since the beginning of these exercises, Russian Army has been testing the entire command and control system of troops in the western and southwestern strategic areas, which are aimed at preparing the Russian army for a strategic operation in the European theater of war. It is significant that, according to the Chief of the General Staff of the Belarusian Armed Forces, Viktor Gulevich, the URGT is intended “to ensure security in the East European region,” which obviously includes Ukraine. 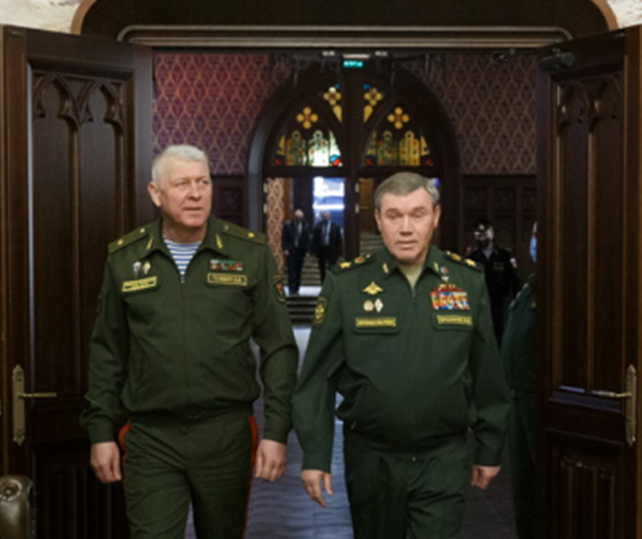 Let us note that the declared format of the Zapad-2021 as “defense exercises” is absolutely not true. The movement of the Russian army units from the points of permanent deployment and their redeployment to a potential theater of operations in the border region of Belarus with Ukraine testifies precisely to the offensive nature of the operation.

The result of the participation of the Belarusian Armed Forces in the Zapad-2021 exercise was a significantly increased risk of the planned scenarios of destabilizing the situation in the Republic of Belarus, which would pave the way for a Russian military contingent being deployed in Belarus, whereas the territory of the country could be then used by Russia as a full-fledged military springboard. At the same time, both the Baltic countries and Ukraine can become the main targets of the Russian military aggression from this springboard.

The Belarusian army continues to integrate with the Russian one, while playing the role of a herald of the Russian will and interests. Belarusian soldiers almost constantly participate in military exercises, which are conducted under joint or exclusively Russian command. Their number has been steadily increasing in recent years. The Armed Forces of the Republic of Belarus are conducting military coordination with Russian units which participated in the military aggression against Georgia, Syria and Ukraine.

At the same time, the Russian army is expanding its operational presence on the territory of Belarus. This is evidenced by setting up in the Hrodna garrison of a joint Russo-Belarusian air force and air defense training center. Russian anti-missile units of are already on live standby duty.

The presence of Russian units on the territory of Belarus under the guise of holding military exercises and competitions, taking into account the presence of Russian military facilities, has become a permanent feature and is carried out on a rotational basis. This completely negates the official reports about the withdrawal of the troops of the aggressor state Russian Federation from Belarus before September 30, 2021.

The Zapad-2021 exercises also continued the policy of deliberate undermining of the sovereignty of Belarus through the active use of the so-called “Union State” narratives.

Thus, according to the scenario of the Zapad-2021 exercises, the participating forces were to practice counteraction to military aggression against the “Union State”. However in this chimeric entity, with hugely disproportionate structural elements, the Russian Federation has every chance of causing this aggression, by provoking another military conflict. In such a case Belarus will be drawn into a new war waged by another state.

By trying to retain its power at any cost and resorting to the Russian help, the regime of internal occupation in Belarus increases direct threats to the entire national security system to a critical level, creates opportunities for drawing the Republic of Belarus into military conflicts provoked by Russia, turns the territory of Belarus into a potential theater of military operations.

No Responses to “Zapad-2021: threats to the national security of Belarus and Ukraine”