‘Lost’ T-72B Tank from Ulan-Ude Was Found in Ukraine 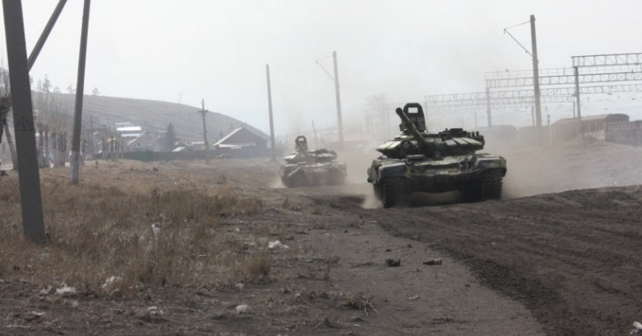 The photo made by Evgeny Safonov (profile, album), a terrorist from the so-called “Donetsk People’s Republic”, was the starting point of our new investigation. 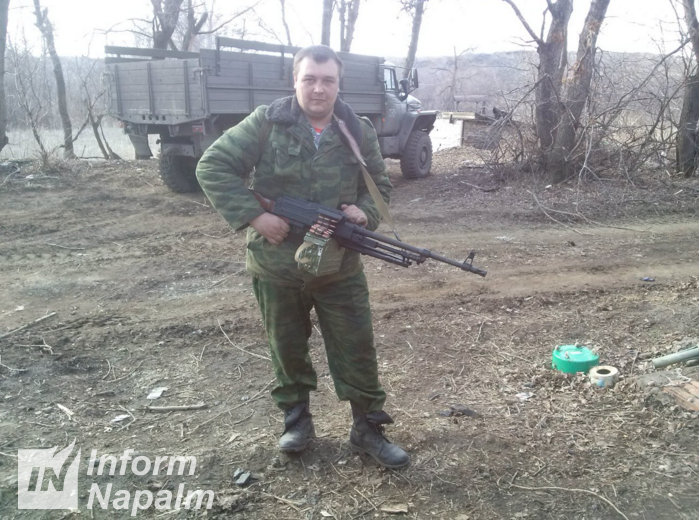 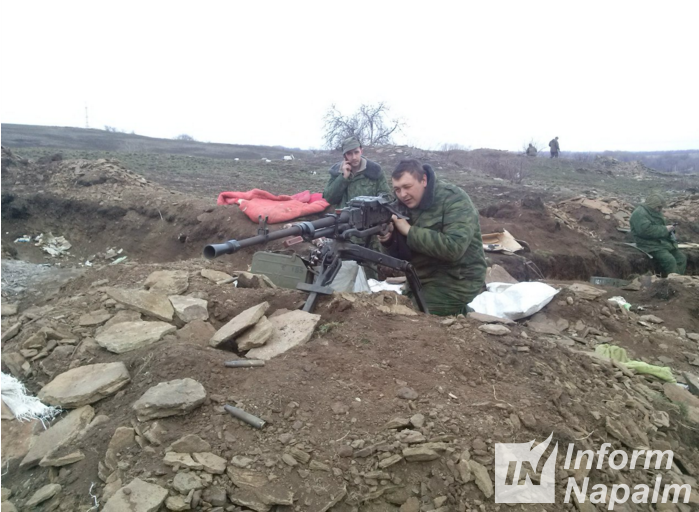 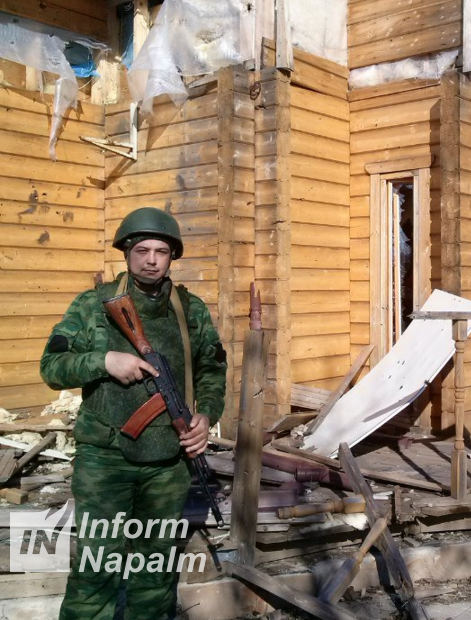 The picture shows Safonov standing against a T-72B tank (model of 1989). This image was uploaded to his album on February 27, 2016. Taking into account the background, we can assume it was made in some kind of a depot. 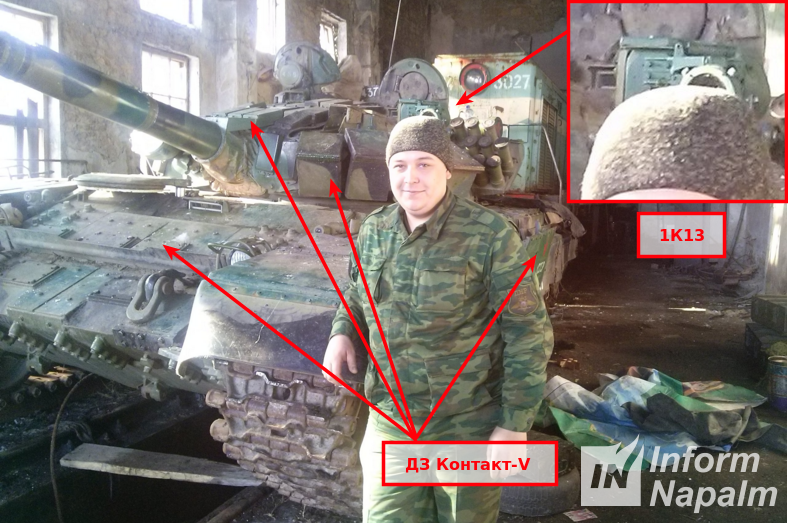 Conclusions about the tank model were made based on the presence of Kontakt-V dynamic armor elements and 1K13-49 sighting system, which is also a part of the 9K120 ‘Svir‘ guided anti-tank missile complex. At the same time this tank misses DVE-BS wind sensor. It should be noted that T-72B tanks (model of 1989) have never been supplied to Ukraine and cannot be ‘trophies’ under no circumstances. Let’s have another look at the photo. You can see that the camouflage consists of three colors – green, yellow and black – which is not common for the tanks deployed to ‘LDNR’ by the Russian ‘military shops’ (articles with facts from February can be found here). Trying to find the tank’s ‘origin’, we found an album of the Russian 5th separate armored brigade (military unit No. 46108, Eastern Military District, Ulan-Ude), which contained a lot of pictures of three-colored T-72B tanks (model of 1989) of the 2nd armored company of the 1st battalion. The scheme of the camouflage applying and colors are the same, except that the green paint on the Safonov’s tank looks brighter. 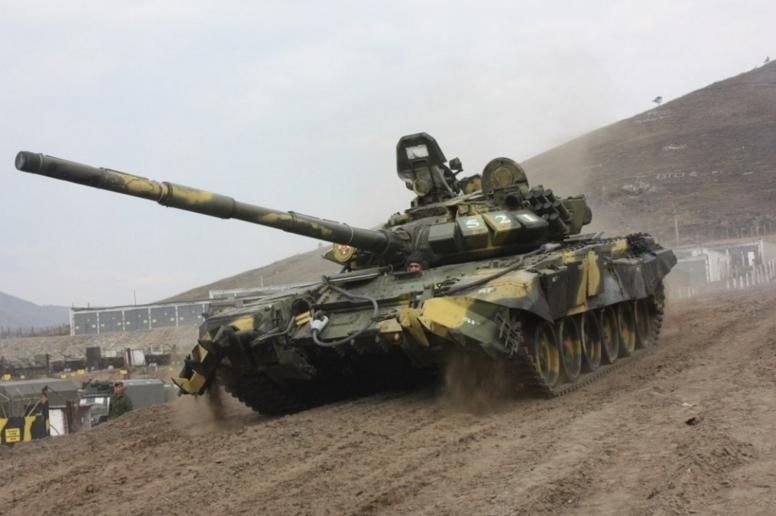 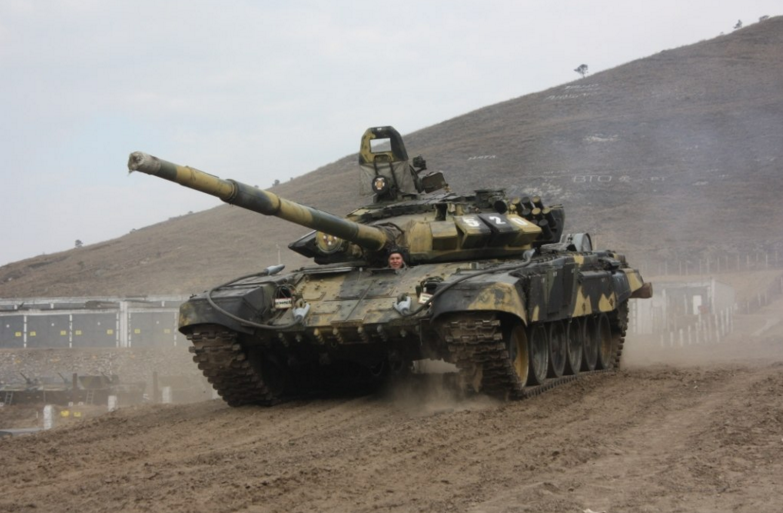 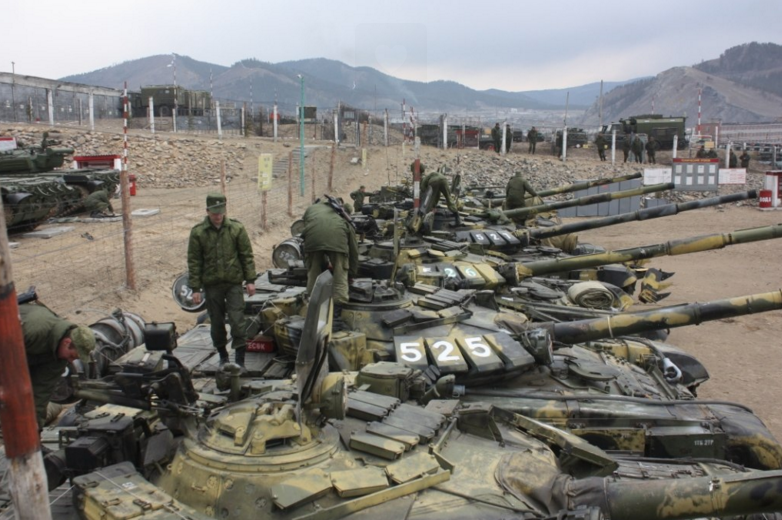 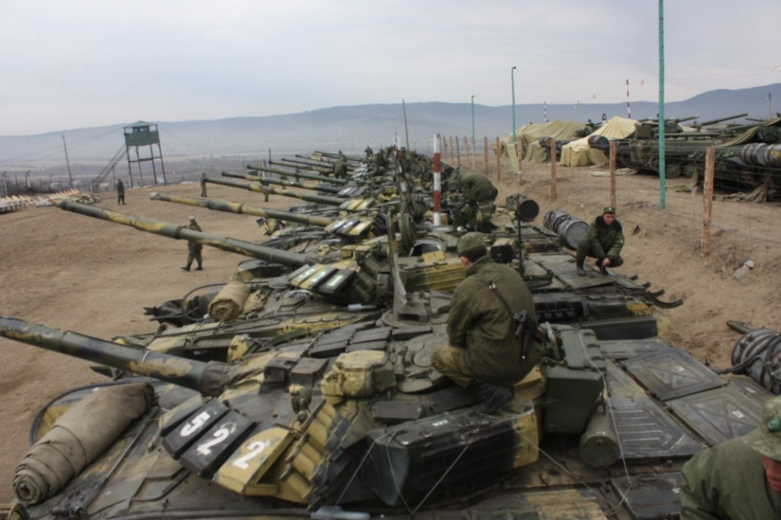 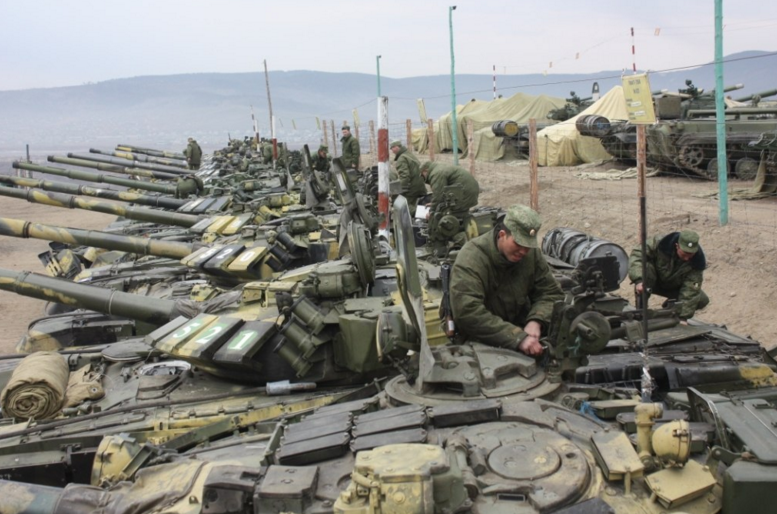 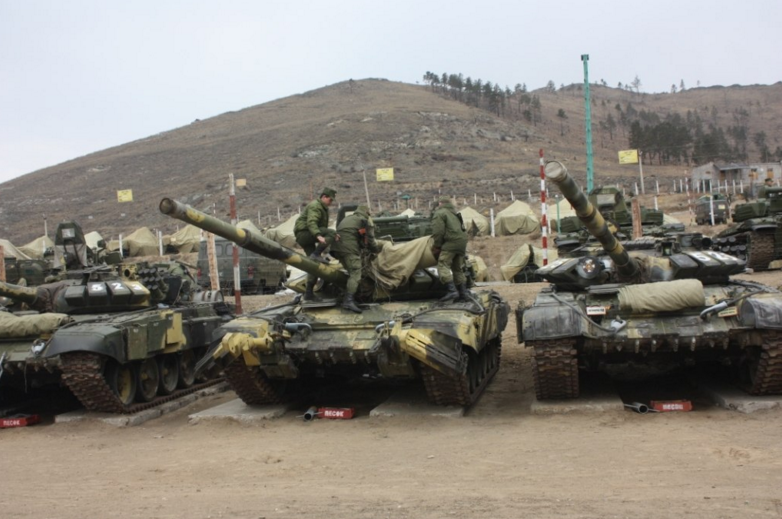 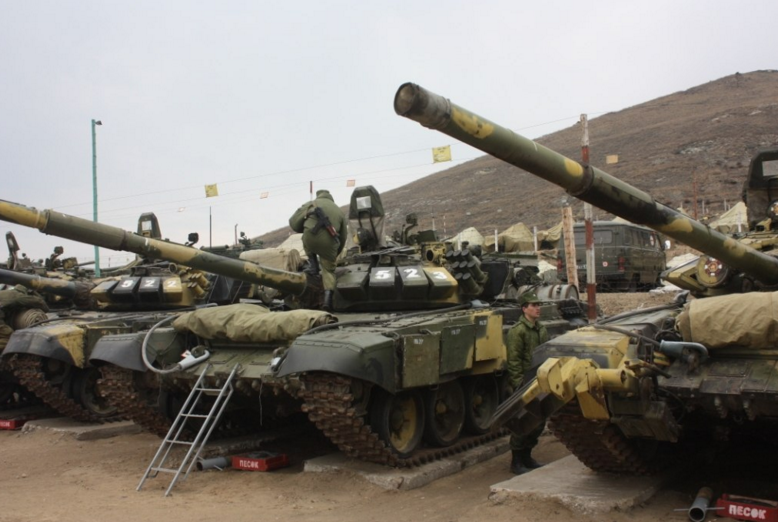 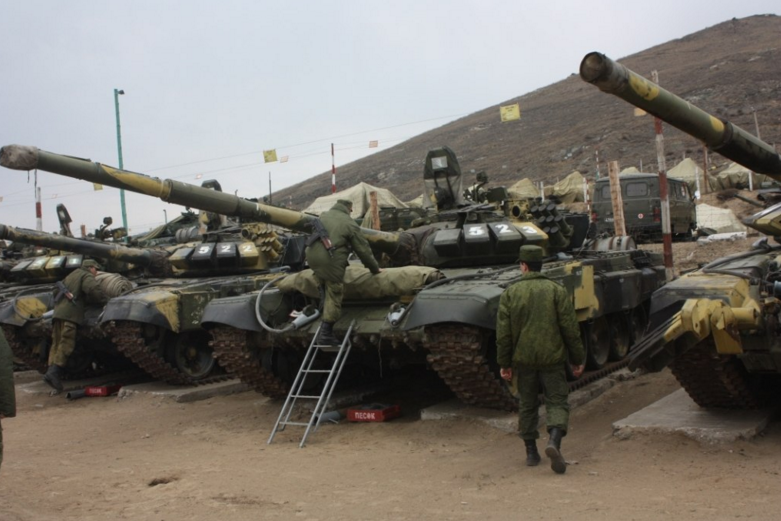 At this point we can assume that the tank from the Safonov’s picture was in service of the 5th brigade of the Russian armed forces and later was transferred to the terrorists. Once more time we summarize the reasons for such a conclusion:

UPD. Our vigilant readers have paid attention to the artisanal enhancement of the tank, namely the change of the angle of the racks of turret’s dynamic protection blocks, and the additionally installed ‘Kontakt-1’ reactive armor blocks on the unprotected areas. Here are similar enhancements done by the terrorists of the ‘Diesel’ tank battalion of ‘DPR’. 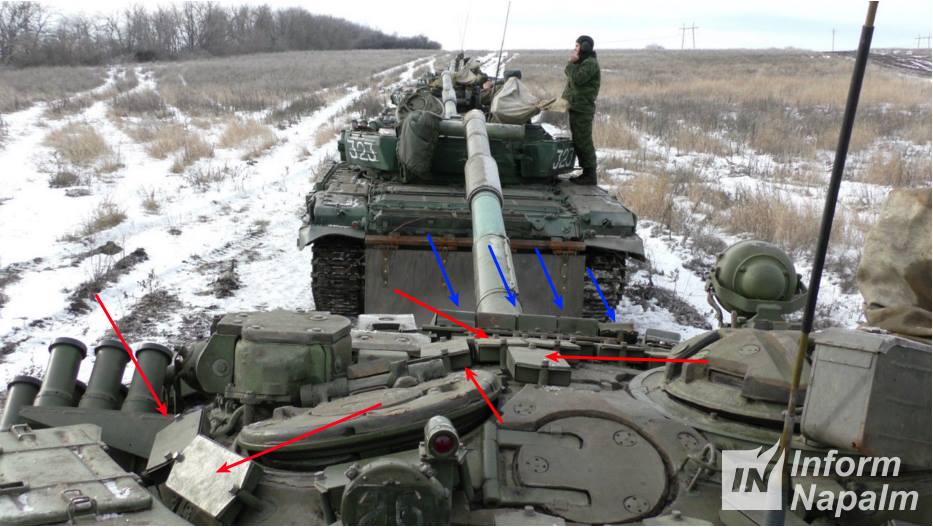 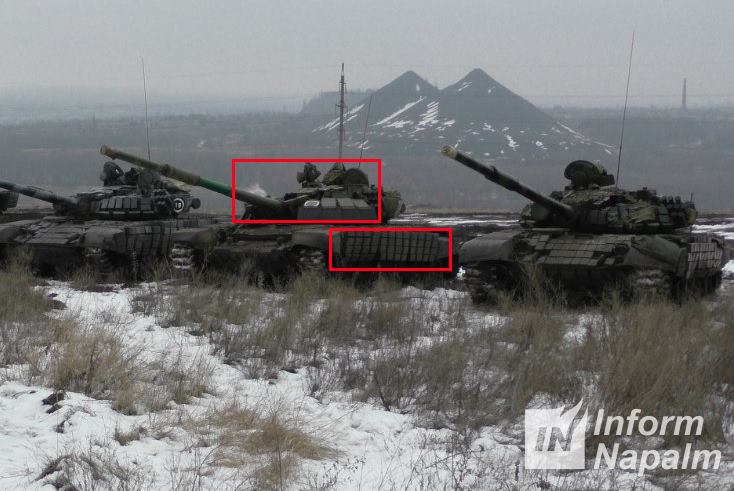 Additional Information about the 5th brigade’s Part of the Russian Invasion Forces. ‘For Kiev – 2’