US Sanctions on Russia. Part 7. Russia’s Coercive Use of Energy Exports 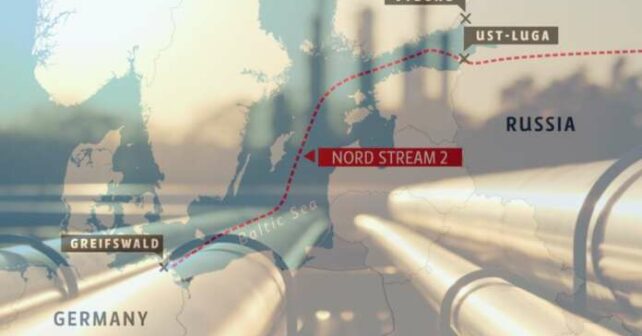 Sixteen vessels and seven entities are subject to U.S. sanctions for participating in construction of Russia’s Nord Stream 2 natural gas pipeline to Germany (or as property owned by construction participants), pursuant to E.O. 14039 or the Protecting Europe’s Energy Security Act of 2019, as amended (P.L. 116-92, §503; 22 U.S.C. 9526 note). One designated vessel and its registered owner also are subject to sanctions under Section 232 of CRIEEA (22 U.S.C. 9526).

The Nord Stream 2 pipeline is considered to be a political project designed to allow Russia to completely abandon gas transit through Eastern and Central Europe. With such leverage Russia would be able to influence these countries through gas supplies and price manipulation. Nevertheless, in May 2021, the Biden administration lifted some of these sanctions what allowed Nord Stream 2 to be completed this September. 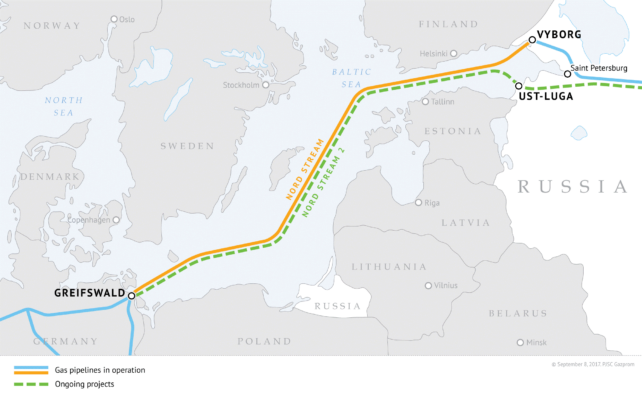 U.S. policymakers have supported European Union (EU) efforts to reduce reliance on Russian natural gas, especially after Moscow temporarily reduced exports via Ukraine in 2006 and briefly halted them in 2009. Although the EU has articulated an ambitious energy diversification strategy, some European governments have not reduced dependence on Russian gas, which accounted for 46% of EU imports in 2018.

Nord Stream 2 is estimated to cost about $10 billion. It is owned entirely by Russia’s state-owned energy company Gazprom. Half the cost is being financed by five European companies: Engie (France), OMV (Austria), Shell (Netherlands/UK), Uniper (Germany), and Wintershall (Germany). This ownership structure is different than that of Nord Stream 1, in which Gazprom has a 51% stake; four European companies—Engie, Wintershall, E.ON (Germany), and Gasunie (Netherlands)—own the rest.

Supporters of Nord Stream 2, including the German and Austrian governments, argue that the pipeline will enhance EU energy security by increasing the capacity of a direct and secure supply route at a time of rising European demand for gas. German officials and others have said that once the gas reaches Germany it could be transported throughout Europe.

Opponents of the pipeline—including, among others, some EU officials, Poland, the Baltic States, Ukraine, the Trump Administration, and many Members of Congress—argue that it will give Russia greater political and economic leverage over Germany and others that are dependent on Russian gas, leave some countries more vulnerable to supply cut-offs or price manipulation by Russia, and increase Ukraine’s vulnerability to Russian aggression.

Many observers consider that reducing Ukraine’s role as a transit state would not only deprive Ukraine of revenue but also threaten Ukraine’s security. It would not necessarily increase Ukraine’s vulnerability to energy supply cut-offs, as Ukraine stopped importing natural gas directly from Russia in 2016. It could, however, increase Ukraine’s strategic vulnerability, as Russia’s dependence on Ukraine for gas transit would no longer be a potential constraining factor in its policies toward Ukraine.

In May 2021, the Biden Administration waived new sanctions on Nord Stream 2 AG, its chief executive officer, and corporate officers (Nord Stream 2 AG is a Swiss-based company that Russia’s state-owned Gazprom established to construct and operate the pipeline). Soon after in June, 2021 US and Germany agreed on a compromise over the controversial Nord Stream 2 gas pipeline and announced a deal to allow the completion of a controversial Russian gas pipeline to Europe without the imposition of further US sanctions.

Just day after Ukraine and Poland issued a joint statement calling the deal struck “insufficient”. US politicians of all stripes also lined up to criticize the deal. The top Republican on the House Foreign Affairs Committee, Rep. Michael McCaul of Texas, said he had no doubt Russia would still “use the Nord Stream 2 pipeline as a weapon of coercion against Ukraine and transatlantic energy security as soon as it is operational.

European natural gas prices shot to record highs in early October, 2021. European gas contracts for delivery in November leapt 23 per cent to €117.50 a megawatt hour, up from just €18 six months ago, on the prospect of supply shortages over winter. 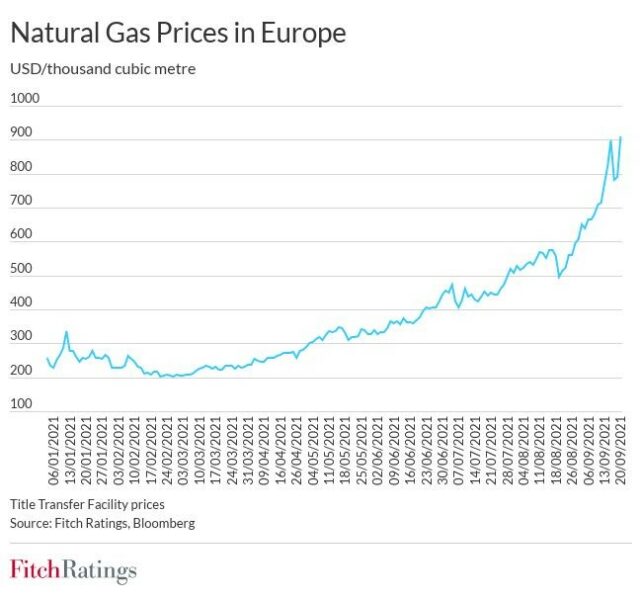 The record-high prices in Europe are driven by increased demand (due to the wider economic recovery and weather-related factors), competition with Asia for LNG, and a limited supply response from Gazprom, Europe’s largest supplier, providing about a third of Europe’s gas. Prices have also risen due to market fears of a gas deficit during the winter heating season due to low European storage utilization compared to previous years.
Utilization at Gazprom-linked storage facilities (around 10% of European capacity) is particularly low, affecting average utilization rates in Austria, Germany and the Netherlands. Furthermore, unlike September in recent years, Gazprom has not offered any meaningful volumes for delivery this or next year via its electronic sales platform (a sales channel for short-term gas deliveries, used in addition to sales under long-term contracts). 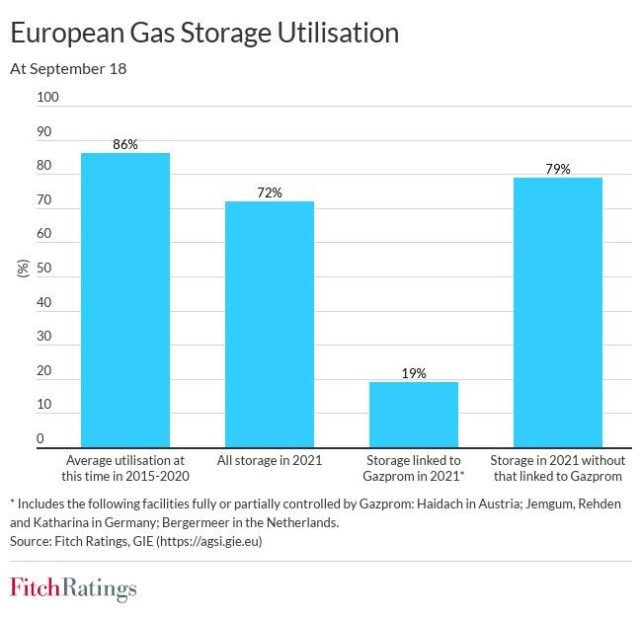 The controversial Nord Stream 2 pipeline has the potential to ease Europe’s gas crisis, and Russia says the project is on track. But obstacles remain — and some of them could take months to clear.
Germany’s regulator, the Bundesnetzagentur, needs to be satisfied that operator Nord Stream 2 AG meets European Union regulations requiring the separation of gas transport from production and sales, known as unbundling. The country has until early January to make a draft decision on certification, which it must send to the European Commission for review. The EU then has two months to act, a timeframe that can be extended by another two months, potentially taking the process as far as May.
Europe’s gas crunch has brought the region’s reliance on Russia, its biggest supplier, sharply into focus. Gazprom has capped flows to the continent as it replenishes its own stockpiles for winter, sparking criticism that it’s withholding supplies to force faster approval of Nord Stream 2. The company says it’s meeting all contractual obligations.
As if confirming these allegations, Russian President Vladimir Putin has said that Russia can help stabilize the situation and start exporting record volumes to Europe later this year, and rapid certification of Nord Stream 2 would be one way to achieve this.

No Responses to “US Sanctions on Russia. Part 7. Russia’s Coercive Use of Energy Exports”