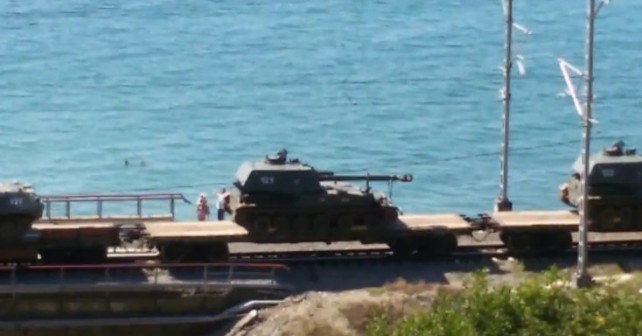 The international volunteer team InformNapalm.org conducted additional reconnaissance check of the data gathered about the transferring of several large echelons of equipment of the 7th military base (military unit No. 09332, Gudauta, occupied Abkhazia, Georgia), which was reported in the “Massive Deployment of the Russian Troops And Equipment from the Occupied Abkhazia Is Registered” article. Now it is ascertained that the military equipment was unloaded in Rostov Oblast, as we predicted before.

According to the preliminary estimates, the forces deployed from the Russian 7th occupation military base make a full-size battalion tactical group. It contains: BTR-82 battalion, T-90 tank company, mixed ‘Akatsia’ and ‘Grad’ artillery division, reconnaissance company and other supply units.

This battalion tactical group is sent to the Ukrainian border for the “scheduled rotation” or for enforcement of the Russian troops.

During the final reconnaissance we were provided with verbal information and photo/video evidence, according to which the Russian echelons with manpower and means seen near Sochi a couple of days ago were unloaded in Rostov Oblast.

According to insiders, the last echelon which had T-90 tanks, 2S3 ‘Akatsiya’ self-propelled guns and other units on its platforms (noticed in Sochi on September 19), was unloaded on Persianovka station (Oktyabrsky raion, Rostov Oblast) on September 21. The station is located near Kuzminsky polygon and one of the Russian army base camps. 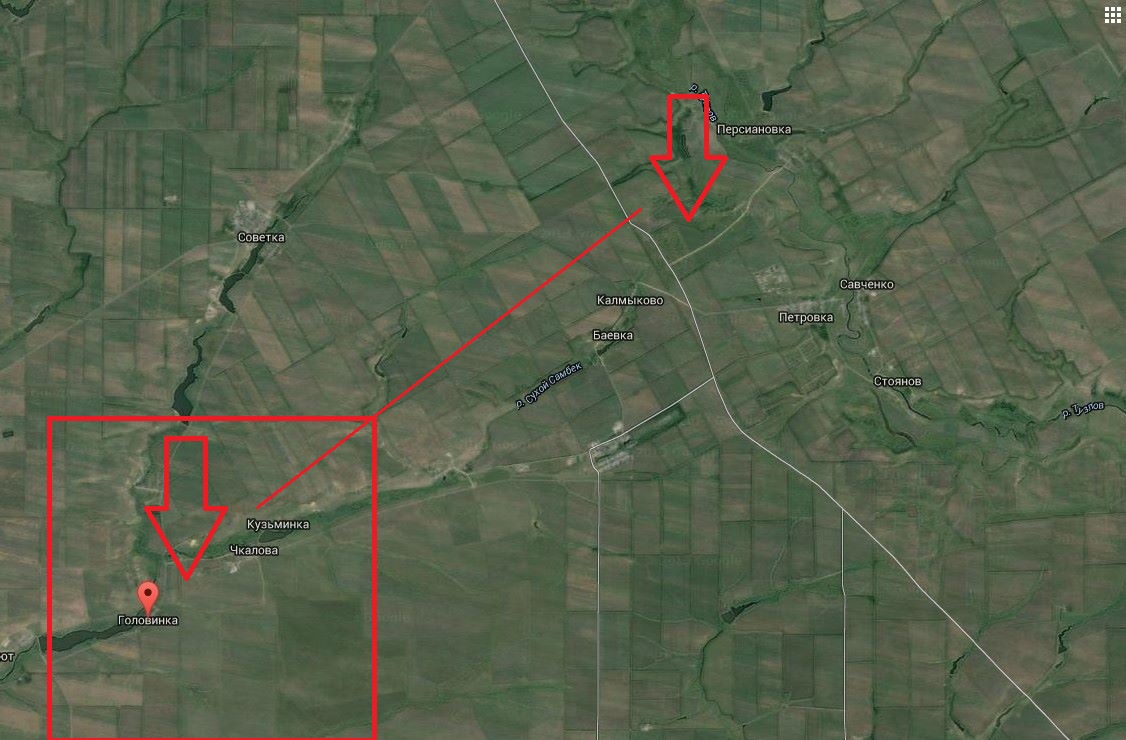 It is noteworthy that Kuzminsky polygon is the one where fires and explosions of ammunition and self-propelled guns repeatedly happen. Anomalously high number of emergency events without further investigations attracts interest of journalists. In particular, in the end of April Gazetu.ru published an article named “There are explosions, but not investigations. Numerous emergencies on Kuzminsky polygon in Rostov Oblast – experts raise questions“ (in Russian).

Extract:
“2 more incidents happened on August 9 and 11 on the same [Kuzminsky] poligon where already 9 our soldiers (scouts) have died. All of them were contract soldiers of the 18th motorized rifle brigade. Six privates, junior and major sergeants and the group commander. “The examination was done, death of the servicemen is confirmed, but the circumstances or reasons of the incident were not disclosed”, – says Sergei Krivenko. – “Even the criminal cases were not open. That was weird, of course.” According to Krivenko, all the died soldiers got ‘killed in the line of duty’ status. Their relatives got 5 million rubles – 3 million of insurance and 2 from the Ministry of Defense. “It is possible they died not on the polygon but somewhere else. The relatives (not all of them) strive for opening the criminal cases and appropriate investigations”.

As for the equipment movement itself, another video clip named “Russian military transport in Rostov 19.09.2015” was found in the Internet. It shows the echelon with BTR-82 APCs and KamAZ trucks which have a number of common features with the equipment of the echelon seen near Tuapse on September 12. 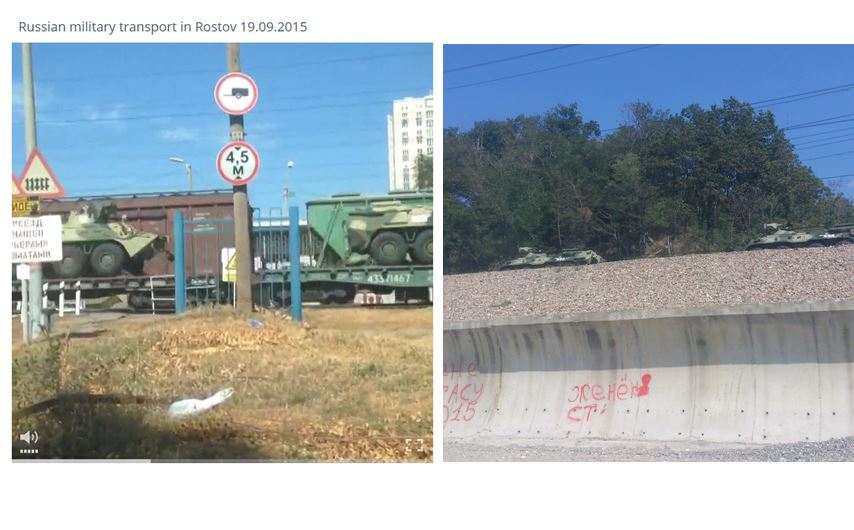 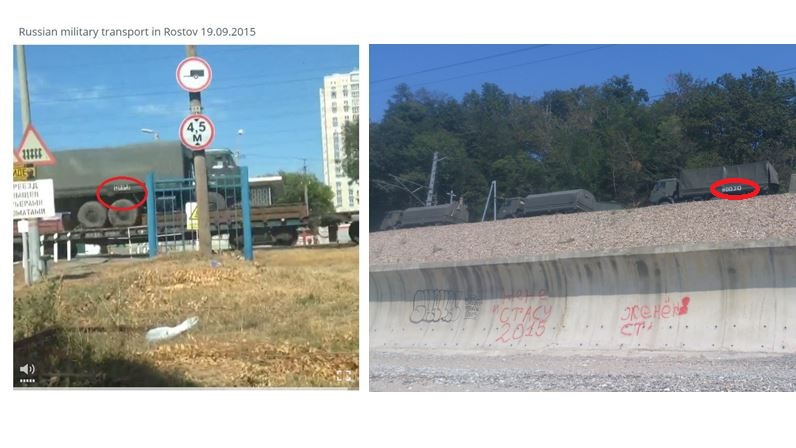 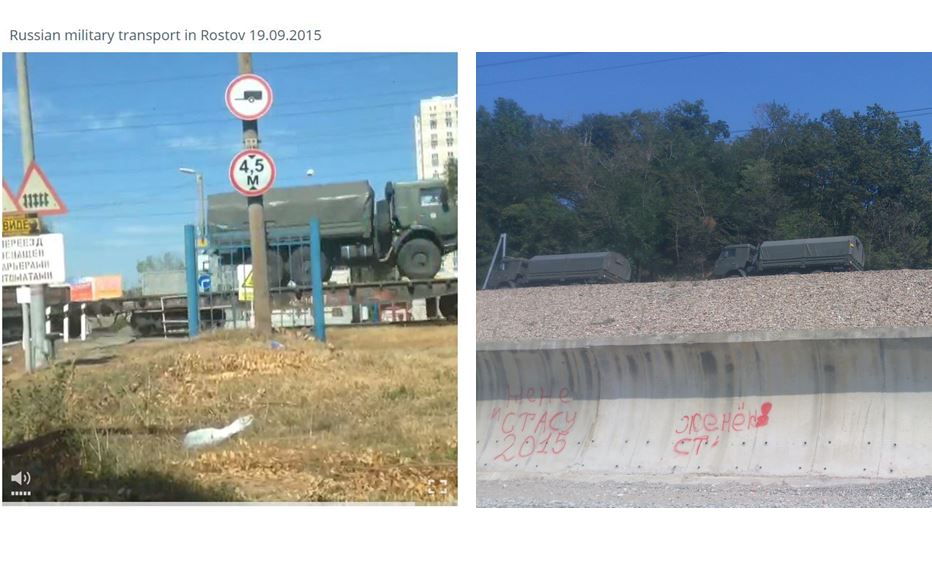 On more video was found in the Net showing the movement of the same echelon with ‘Akatsiya’ self-propelled guns and other units near Tuapse on September 19, which was previously disclosed in Sochi – the equipment identity and the direction of movement do not leave any doubts – this is the same train. 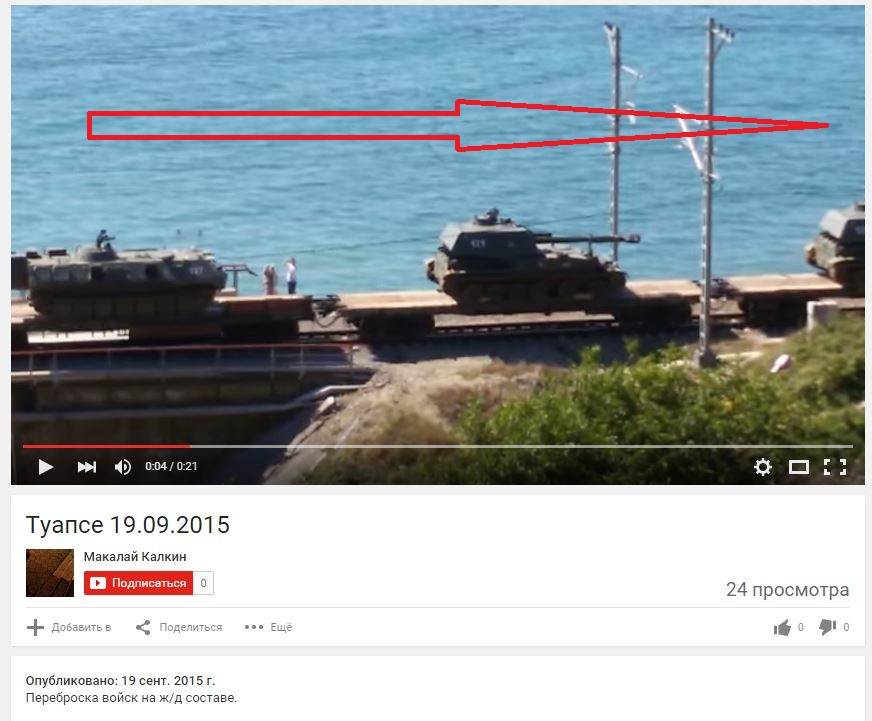 Thus the main assumption of InformNapalm team that the Russian echelons loaded with the equipment of the 7th base’s battalion group registered on the Sochi-Tuapse railway stage head for Rostov Oblast were totally correct.

These echelons with equipment are not the only ones in Rostov Oblast, other evidence of the Russian military activities on the railway and highways in the near-border areas can be found in the internet. It is likely to be a “scheduled rotation” of the Russian troops, performed each 3-4 months.