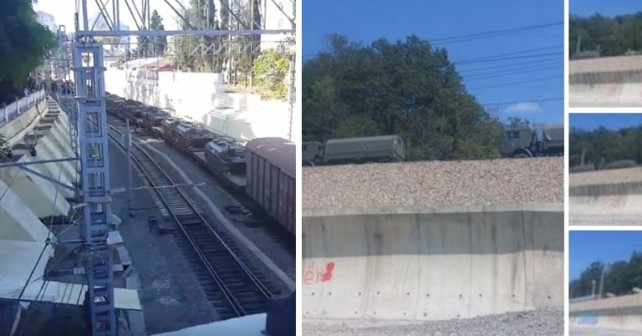 The international volunteer group InformNapalm.org has documented a massive movement of the Russian occupation forces from the 7th military base in Gudauta (occupied Abkhazia, Georgia). One of the first equipment echelons was seen on the railway near the town of Tuapse (Krasnodar Krai, Russia) on September 12, 2015. The last echelons were seen in Sochi on September 19. This story presents the details with the photo and video evidence, as well as the intermediate conclusions about the Russian occupation forces’ actions.

The servicemen of the 7th base of Russia’s occupation forces in Abkhazia have been mentioned a lot in the context of ‘Rostov-Ukraine assignments’. We have written how the soldiers were deployed, awarded, forced to sign contracts, how they sued this military unit. But the last week we registered an extensive movement of the troops from the base to the territory of Russia. Eyewitnesses documented several echelons loaded with military equipment and weaponry near Sochi: 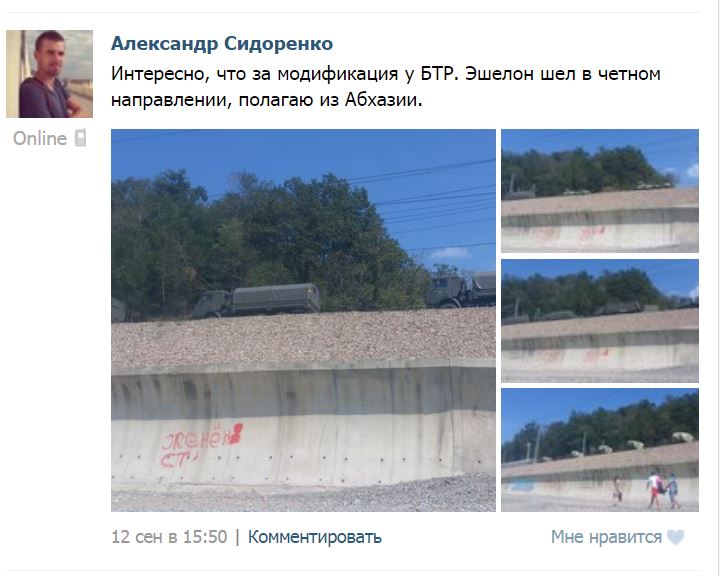 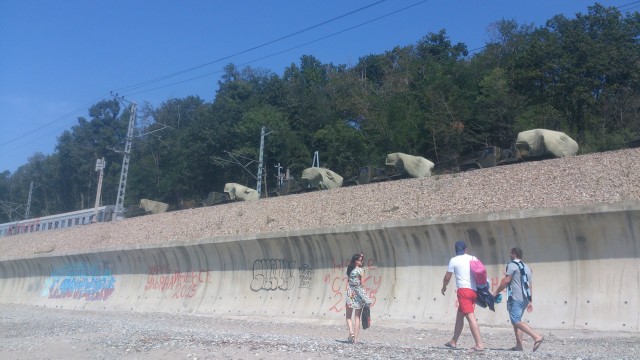 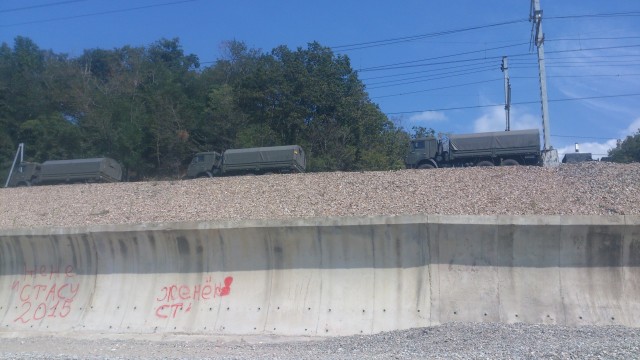 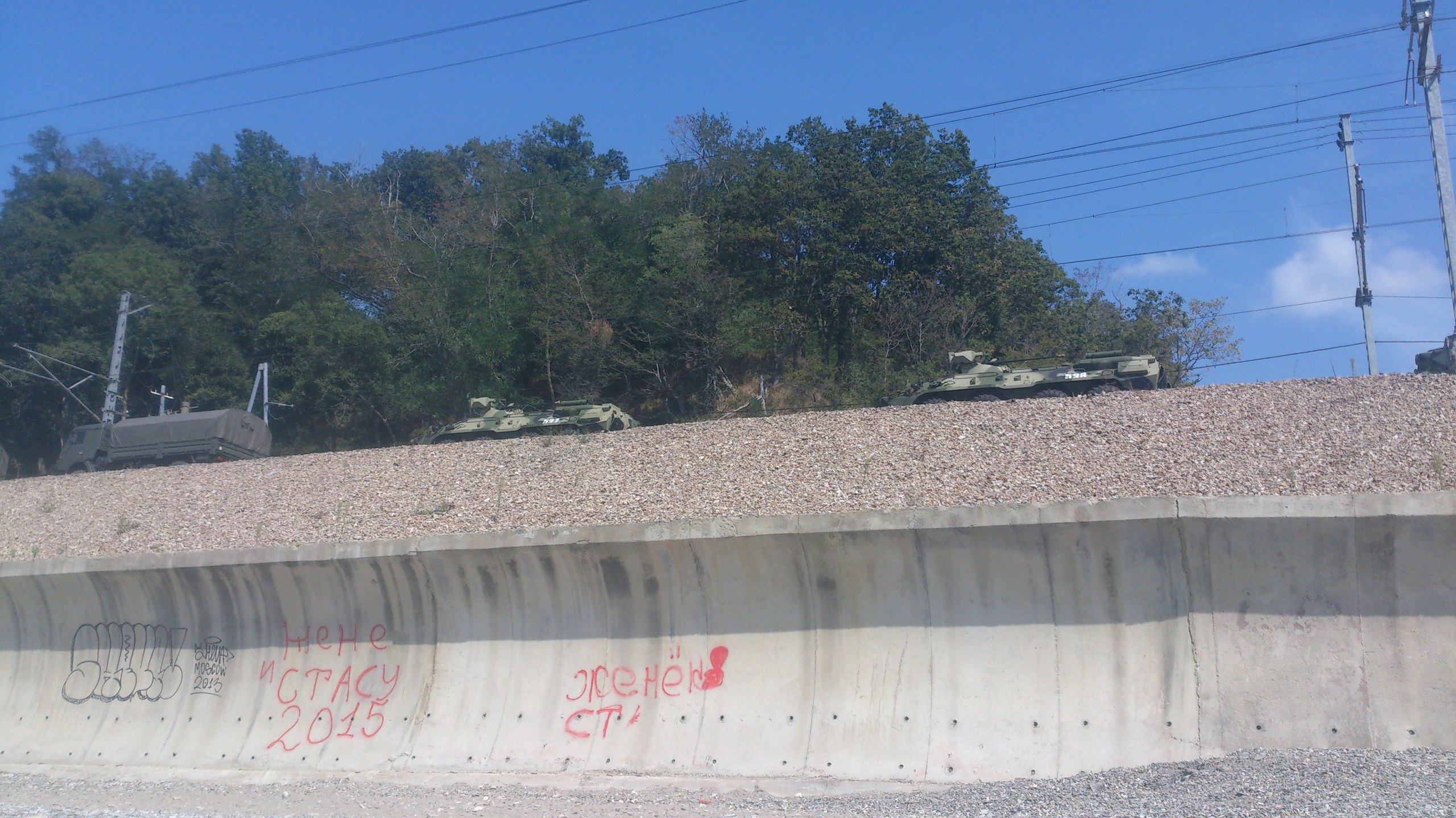 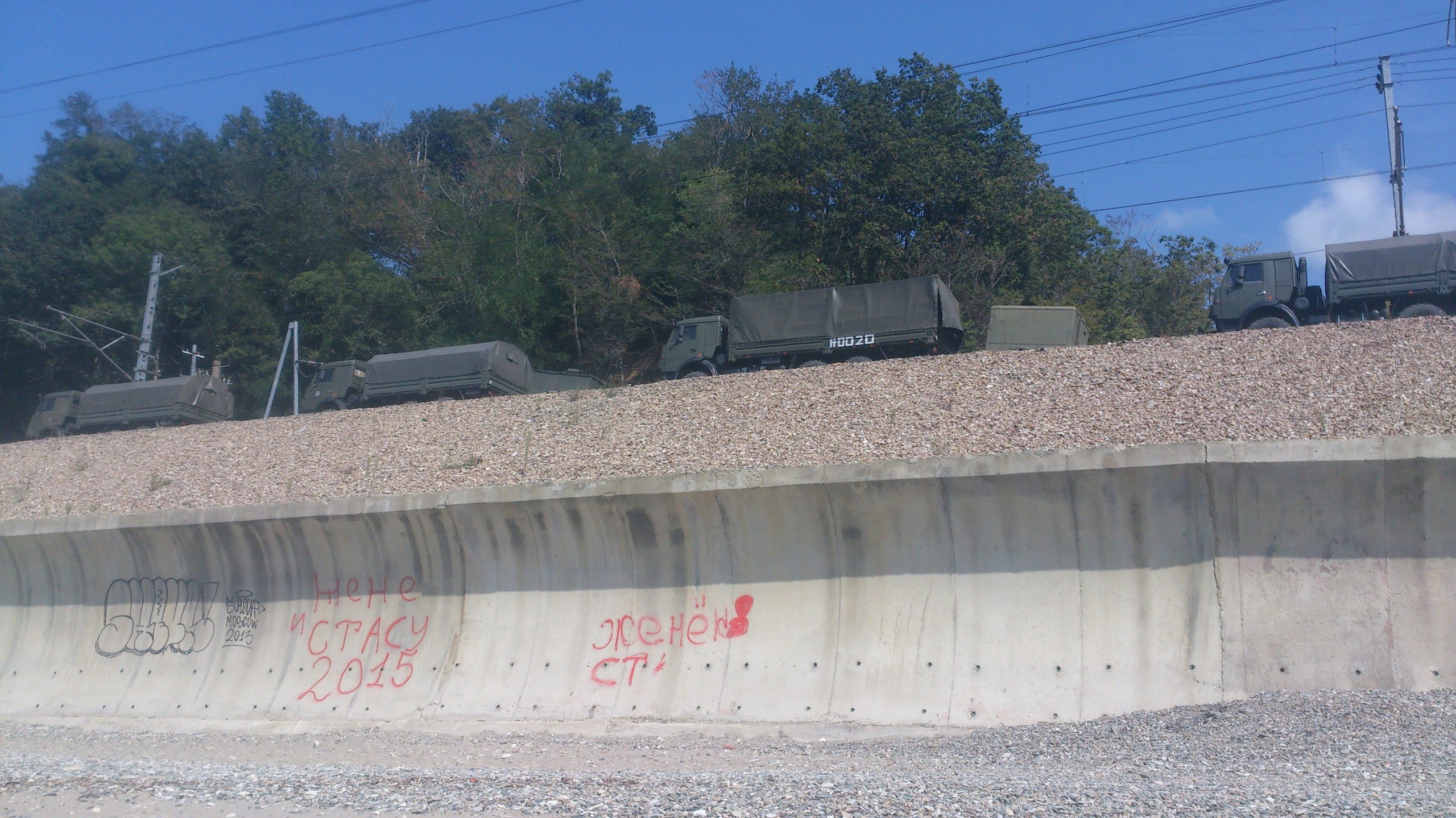 (The original video named ‘Sochi tanks‘ was uploaded by Shishkinbab) 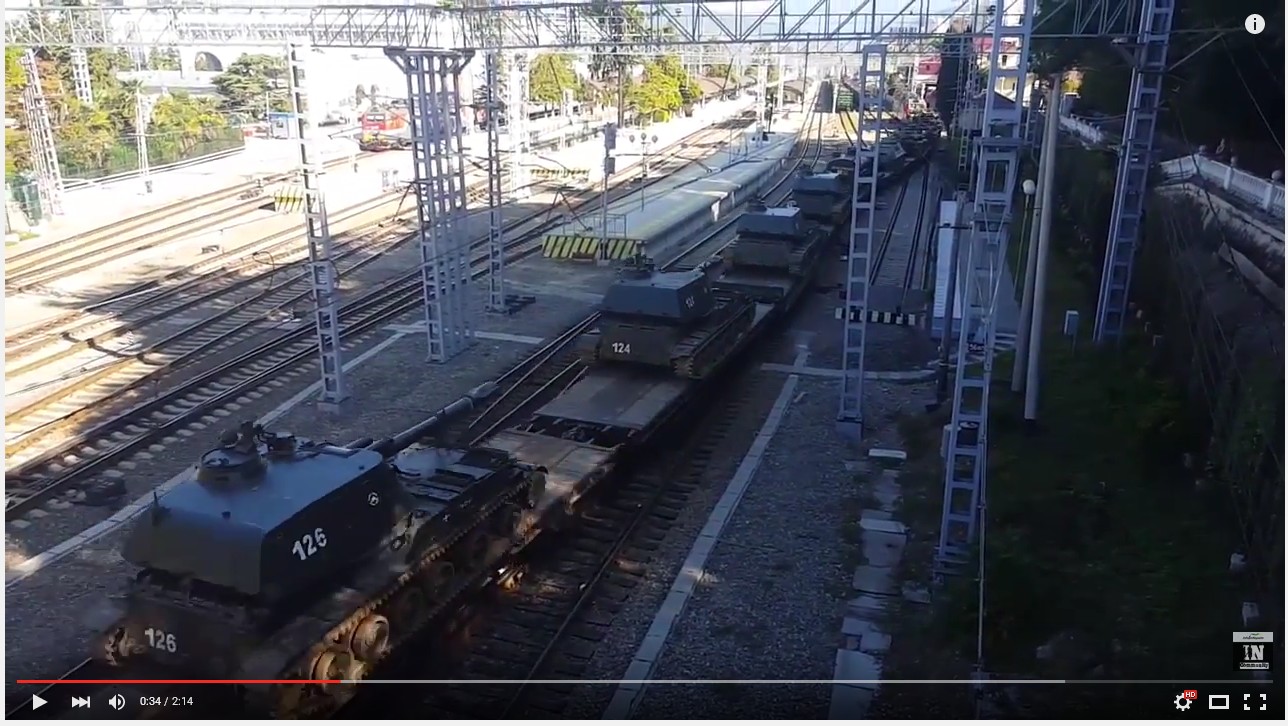 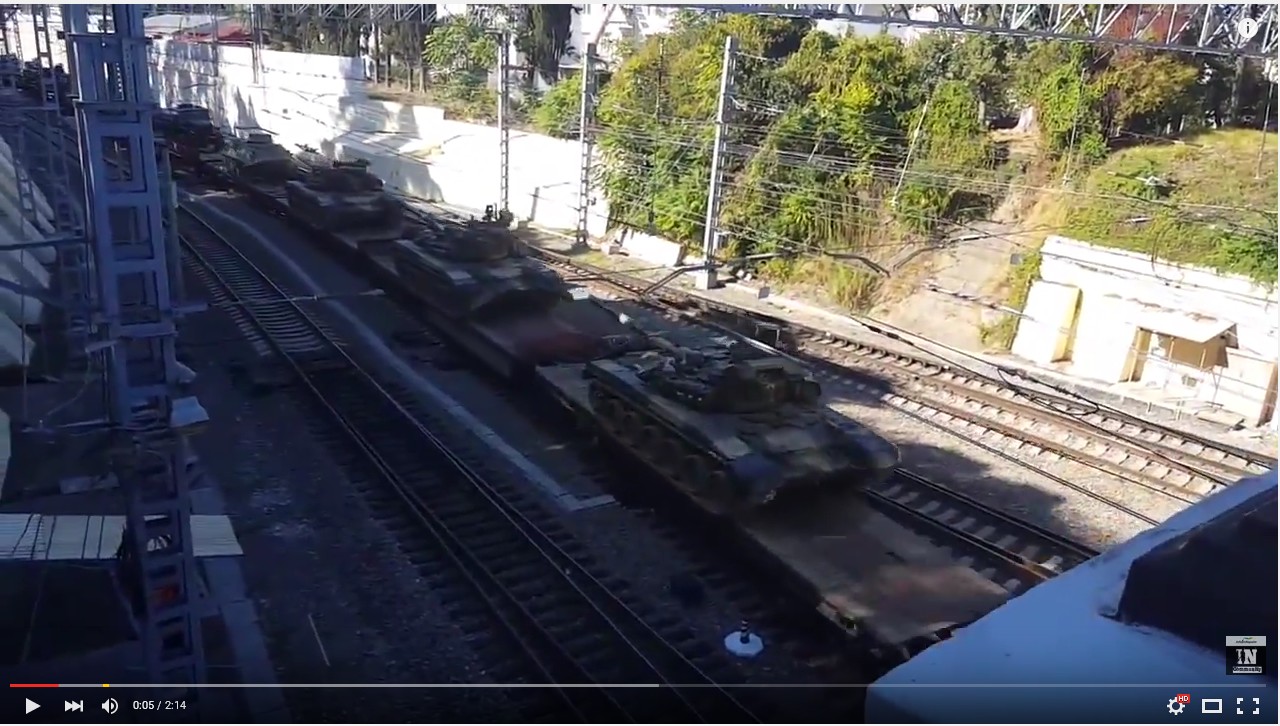 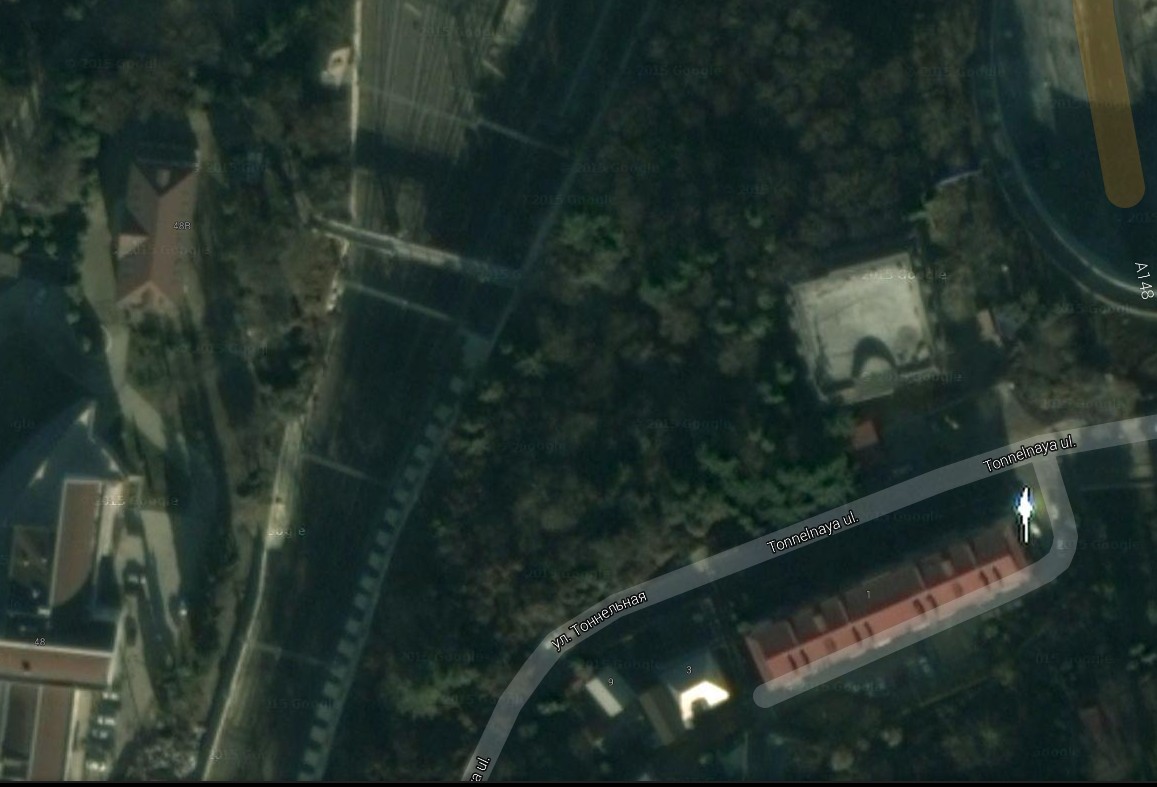 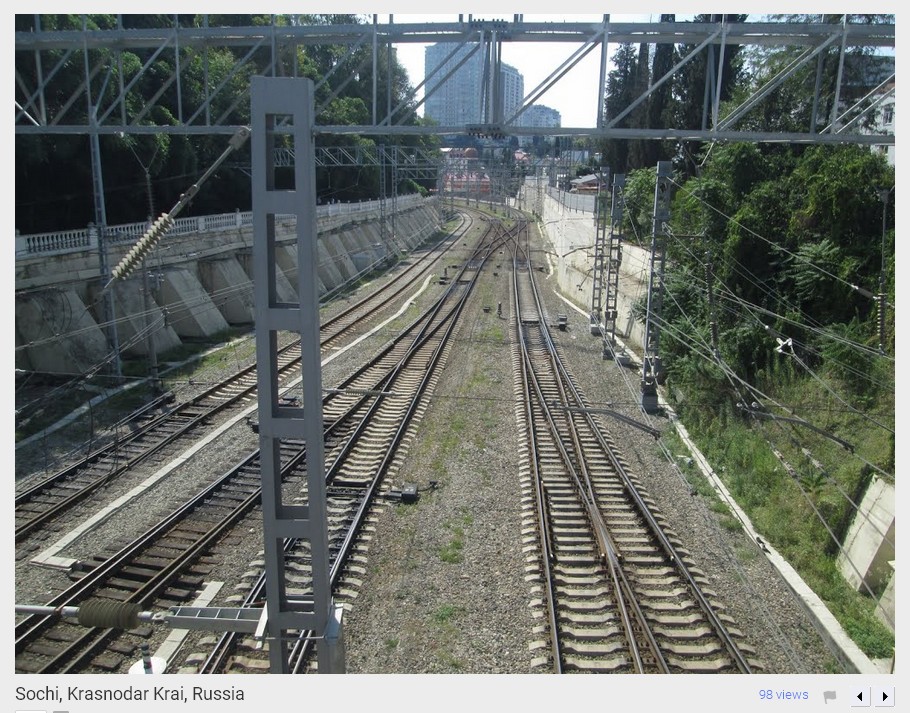 The movements of the Russian forces in Sochi area of the border between Georgia and the Russian Federation have been registered previously as well – but the scale of the last week deployment was in large excess over standard troops rotations or marches for trainings. Let us note that the 7th base has 2 training sites in Abkhazia – a coastal one in Nagvalou, and a mountain one in Tsebelda. And none of them allows to conduct a training for a battalion tactical group with shooting from all types of weaponry. That is why the units of this base are usually sent to training sites in Molkino (Rostov Oblast) and Ashuluk (Astrakhan Oblast). But a common training event requires just one echelon for the personnel with some supplies, since the training equipment is already located at the shooting ground. The only exception was the Spring-Summer trainings of the 7th base conducted in Astrakhan Oblast in 2014. Then the military units instead of returning to Gudauta were sent to the Ukrainian border area with following participation in summer-fall fights in Donbas.

We should not leave out the possibility of transferring the troops to Novorossiysk for further deployment to Syria with the help of the Russian Navy’s landing platforms. We have published an article about the increase in LPDs expeditions from the ports of the occupied Crimea and Novorossiysk to the Syrian port of Tartus.

By this moment we have documented just the fact of the troops deployment from Abkhazia. There is no information about the destination point of the forces moved from the 7th military base as for September 22, 2015. But taking into account the last year experience, we can assume that this battalion group will be sent to the Ukrainian border for the rotation or for enforcement of the Russian troops before the conflict escalation. The participation of the 7th base’s servicemen in the ‘Rostov-Ukraine assignments’ have been numerously proved by direct and indirect evidence gathered by InformNapalm.

According to the information we have, besides being on duty at the Ukrainian border, a group of contract servicemen of this base is now in the occupied territory of Donbas, fighting in the ranks of the illegal armed formations. A new article on this topic will be published soon.